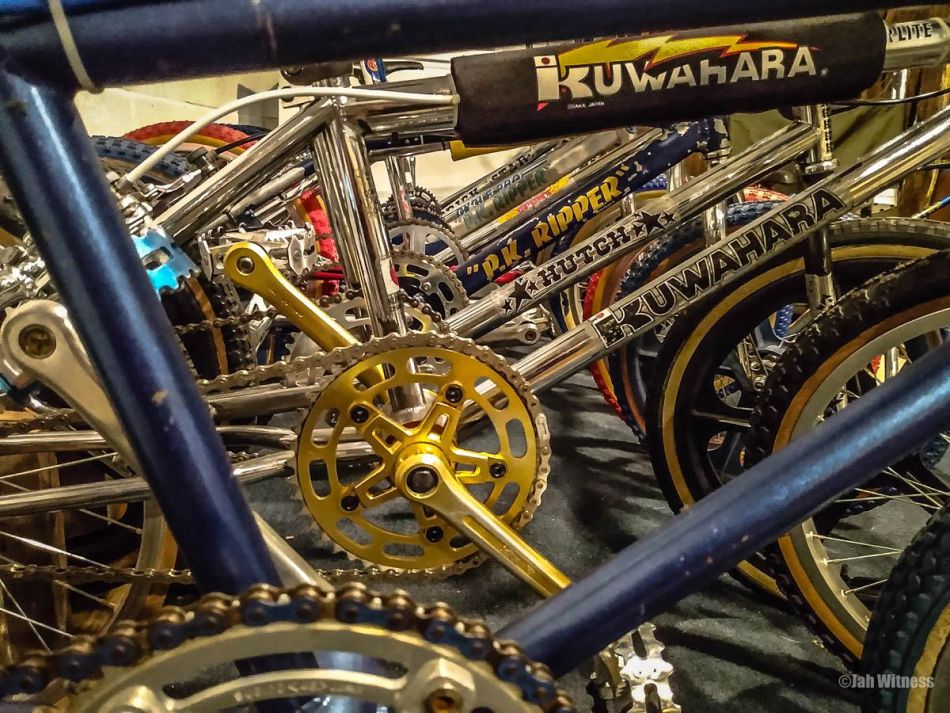 Name: Bill Kaczor
Hometown: Bowie, MD, USA
Number of bikes in the collection: 17 currently down from 27

Have you saved your first BMX bike all this time?
Jah Witness: I have held onto my 1984 GT Pro "L" stamp since I've had it. I will never let that go!

Was your first bike the starting point of collecting more?
Jah Witness: No, I was given a GT from the mid '90s by my friend's parents after he passed away. I was clearing out my basement and sold it to a local collector. When he came over to pick it up he saw my '84, and pointed me to the BMX Museum and it opened up a can of worms. 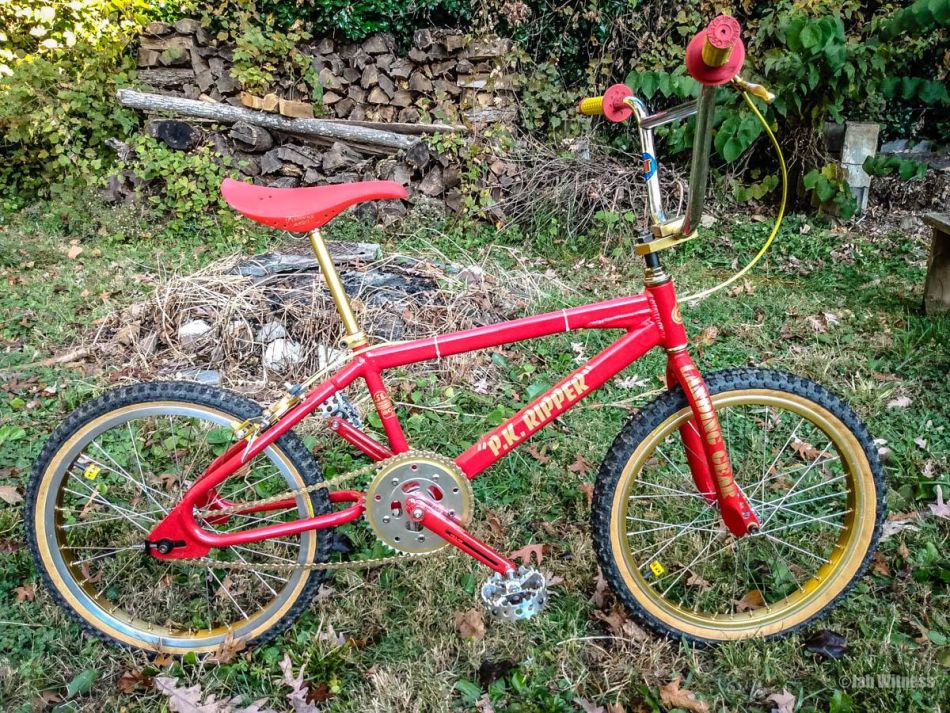 It got out of hand real quick didn't it?
Jah Witness: Yeah well, addiction is real! I got the notion that I wanted to build a 1982 PK Ripper (red) as it was my grail and the bike that got me into BMX even though I never owned one. Eventually I found a PK then I decieded I wanted to build the bikes of my childhood friends... down the rabbit hole I went! Buying complete bikes for one part, and so on... next thing you know I had 40 framesets and 27 completes, 3-7 of each bike I wanted plus a dozen I didn't but fell in love with. Since then I have gained some self control and have been letting go of the stuff I have no need for or ever wanted... 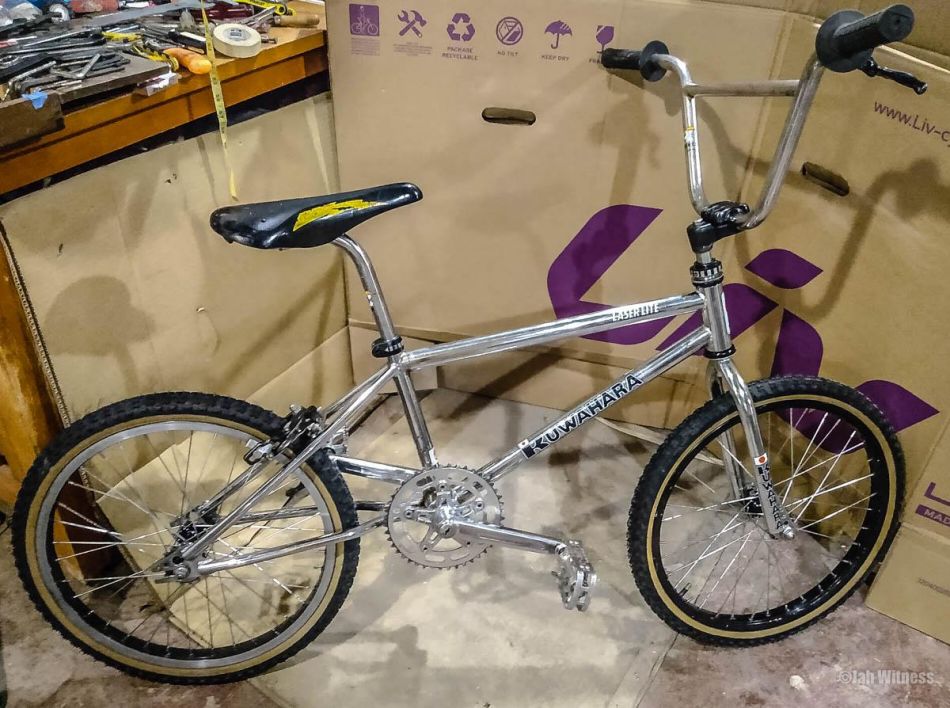 For you, when seeing a bike for sale from the '80s do you immediately scope it down for the good parts on the bike?
Jah Witness: Definitely. I am constantly looking for upgraded conditions for the parts I have. I will snatch up a good deal just to replace a part.

What are some of your favorite bikes in your collection?
Jah Witness: My all time favorite is my PK... followed by my '84 Laserlite and tied for 3rd are my Profile Champ and Thruster Tri Power XL. 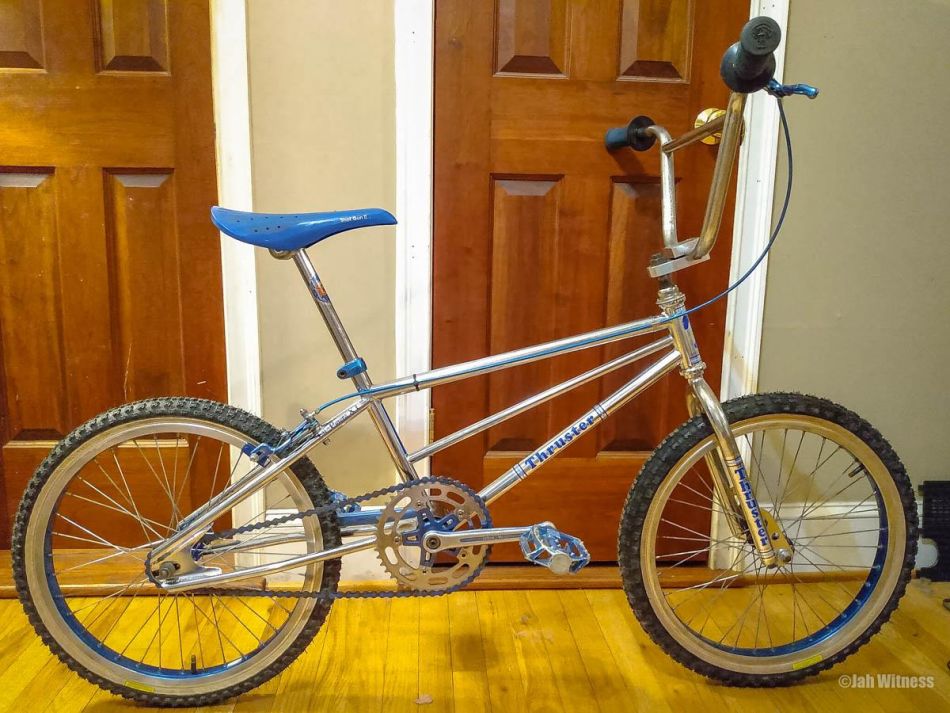 Do you feel there is a need for BMX products to survive for history's sake?
Jah Witness: Yes, I believe that it's important. However, like most things, they will go unappreciated by most over time.

What's your take on companies reproducing bikes in the oldskool style?
Jah Witness: I don't mind it, but I mind the crazy prices, taking advantage of people trying to be nostalgic. 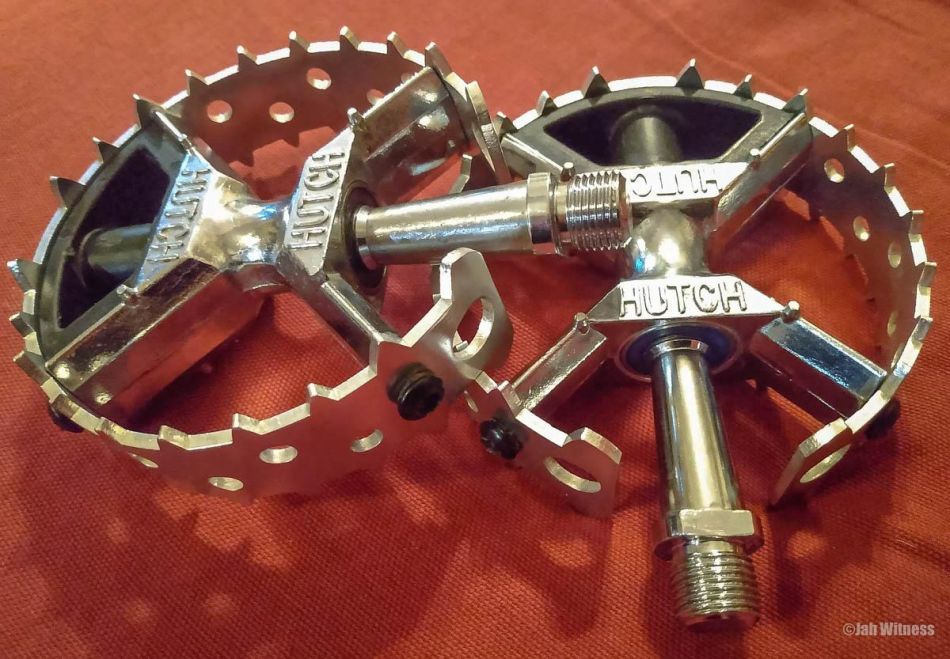 Since you also skate, why didn't you start collecting skateboards instead of BMX bikes?
Jah Witness: I used to own and operate Attitude Skates in Bowie and College Park, MD. I had a great board collection that was lost... long story... so once it was gone, I didn't care anymore. BMX Bikes are a work of art!

Is there always room for 'one more bike'?
Jah Witness: At a time there was, but now there is only room for a Hutch Judge... 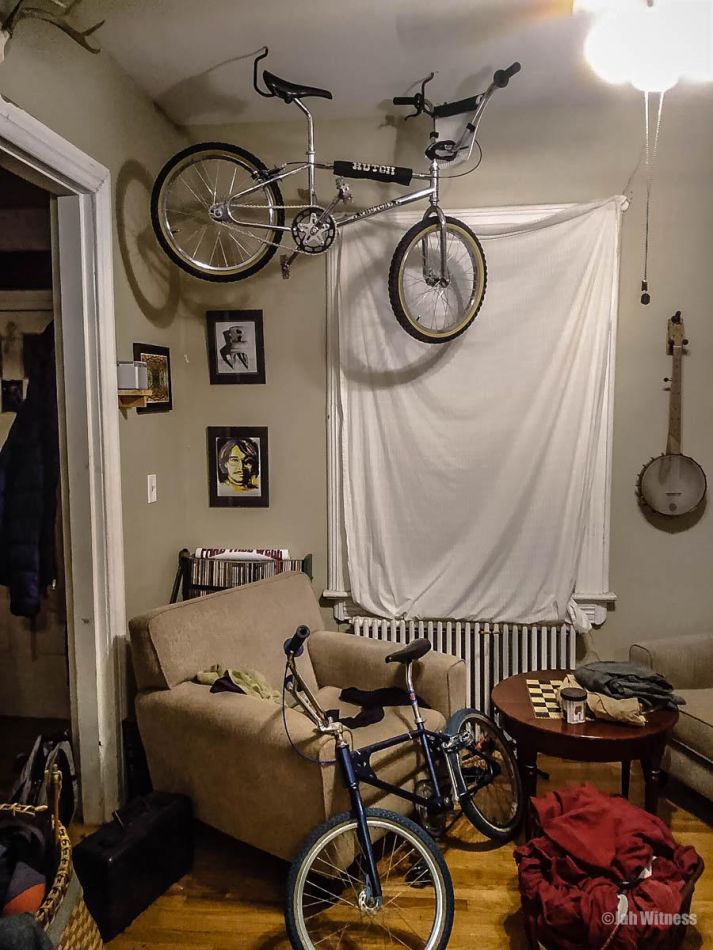 Do you keep the bikes inside the house?
Jah Witness: Yes, my bikes are climate controlled and Pit Bull protected! I have them all over the house, hanging like art, functional art that I rotate around from wall/ceiling to living room floor to access for riding.

Do you have one BMX collector that you respect?
Jah Witness: I have met so many good people with sick collections that I can't really say I have one.

Do you have decent mechanical skills?
Jah Witness: I do, I have been handy all my life thanks to my Dad. Currently I am hoping to pass on the self sufficiency to my kids as we rebuild our '66 Mustang convertible from my youth. 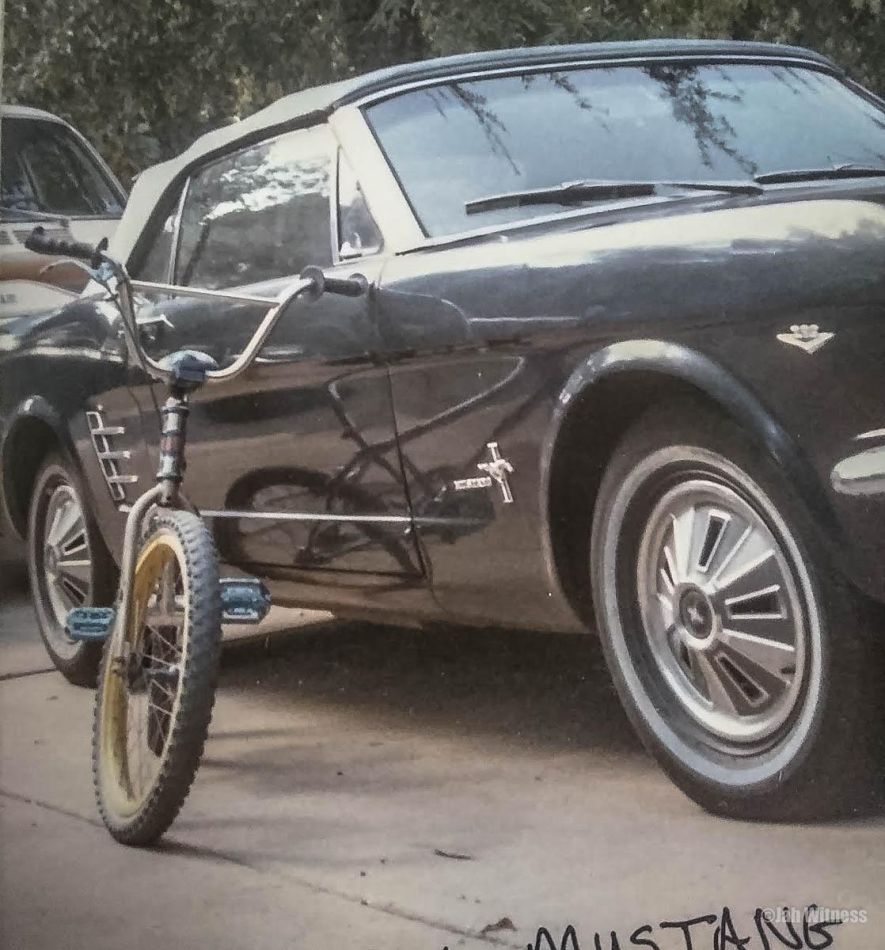 Where did you end up finding that Thruster?
Jah Witness: I found it on FB market place... long story there too. It's one of those bikes I had no intention of owning, but now I have it and don't want to let it go.

What products are a great help when you find an old rusty historical piece of shit bike that needs to shine again?
Jah Witness: Citric Acid is great for removing rust on chrome, and Acetone/ATF mix 1;1 is a dream for getting rusted parts to break free.

What's the most ridiculous amount you have paid for a bike part that you needed to own?
Jah Witness: I paid way too much for a set of Redline 400's to complete my Laserlite, soon after I then p 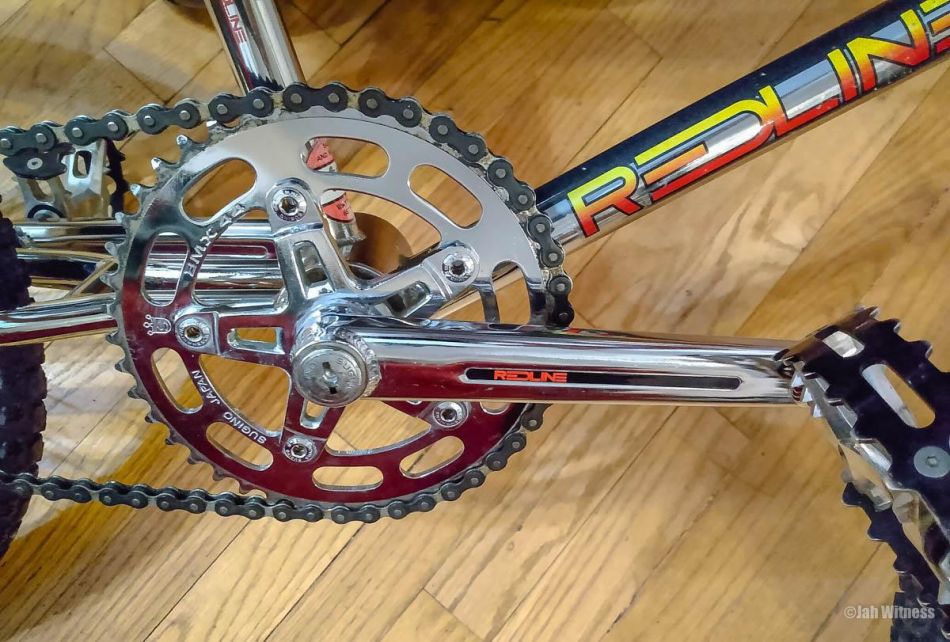 aid way too much for a MINT, near NOS Redline Carrera II that is 100% OG from the original owner... I don't even like Redlines...

What's a bike (part) you have been looking for but haven't been able to locate?
Jah Witness: Hutch Judge frame and fork.

Where can people reach you when they have that part available?
Jah Witness: They can message me on FB messenger if someone has one for a decent price. At this point I'm not interested in paying some gouger taking advantage of the market. 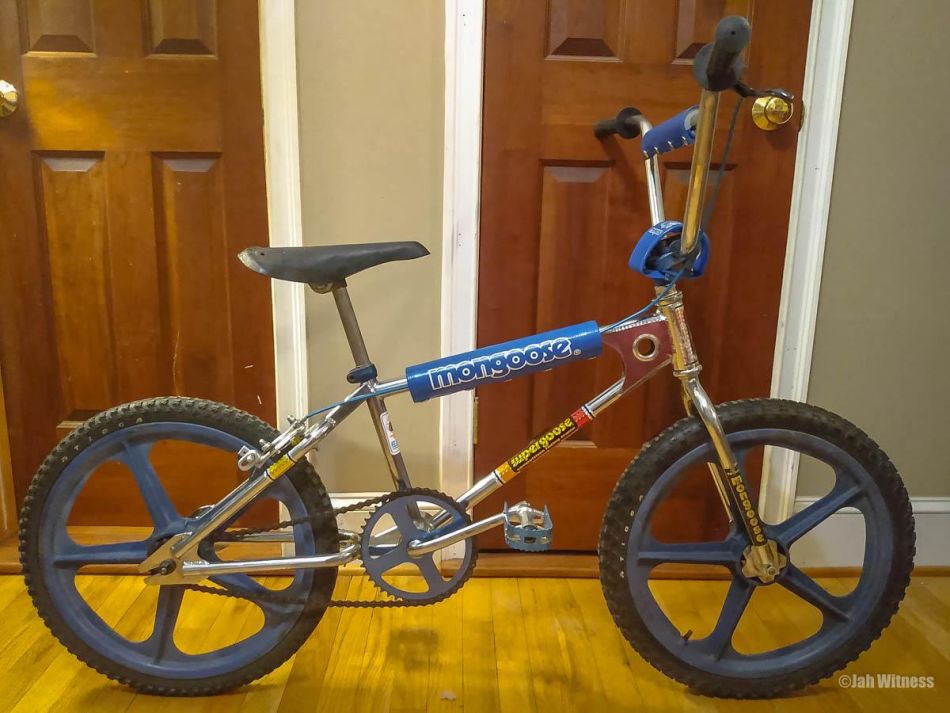 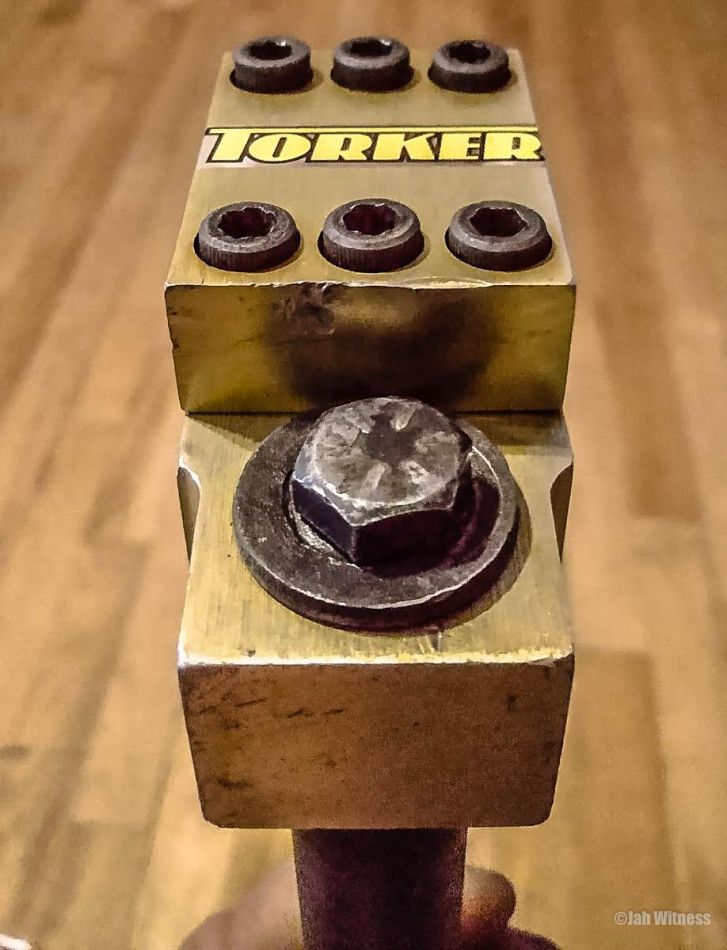 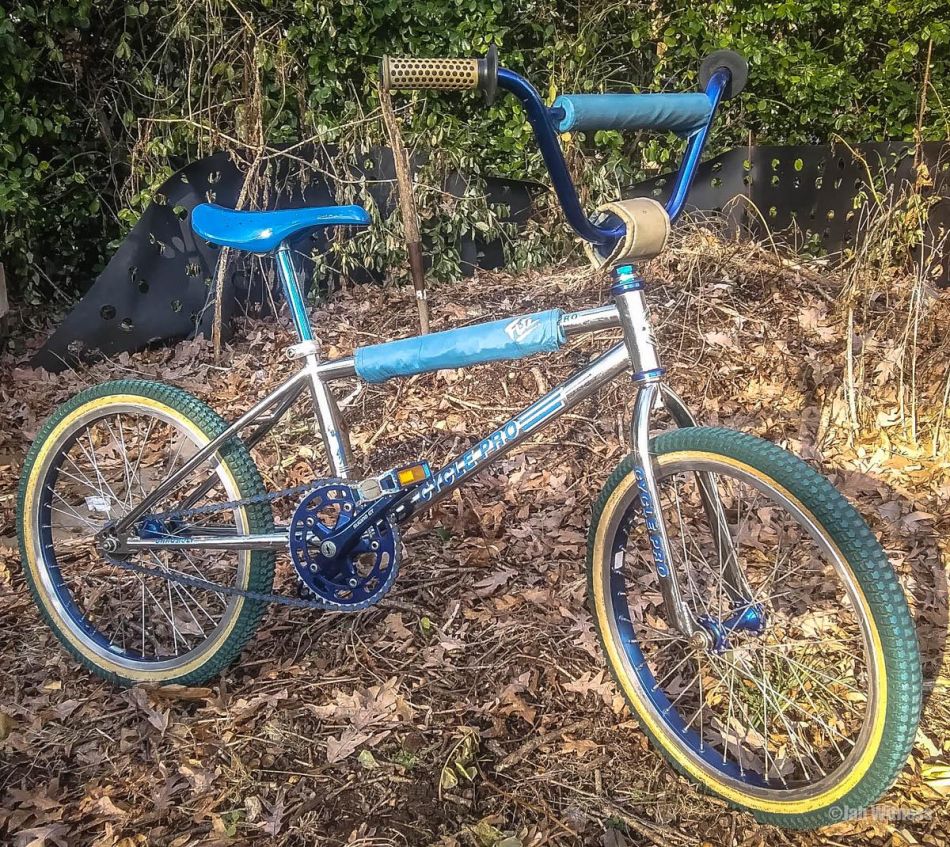 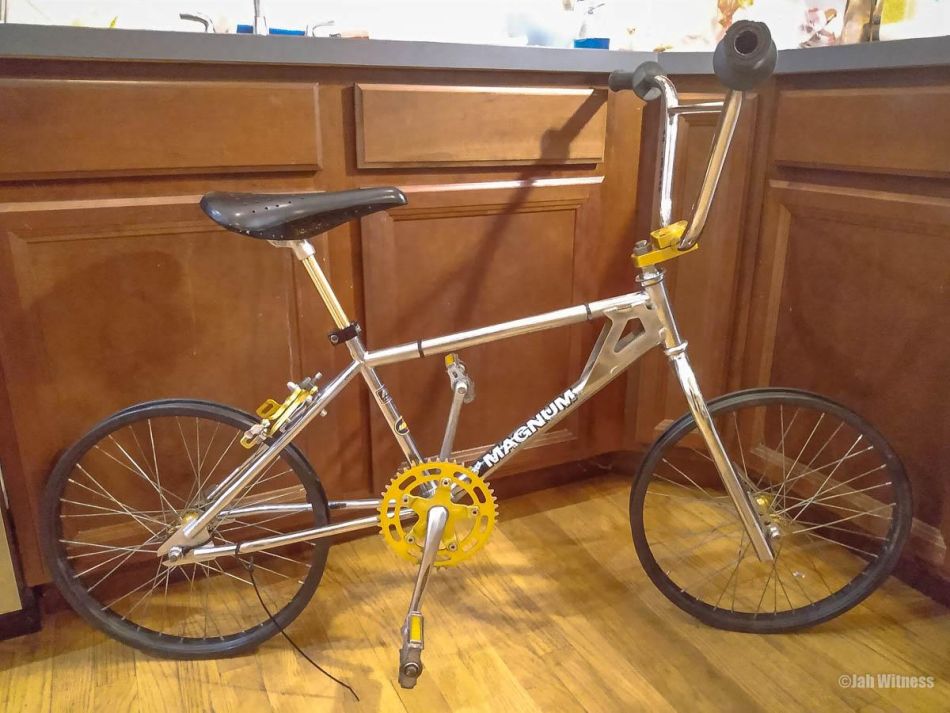 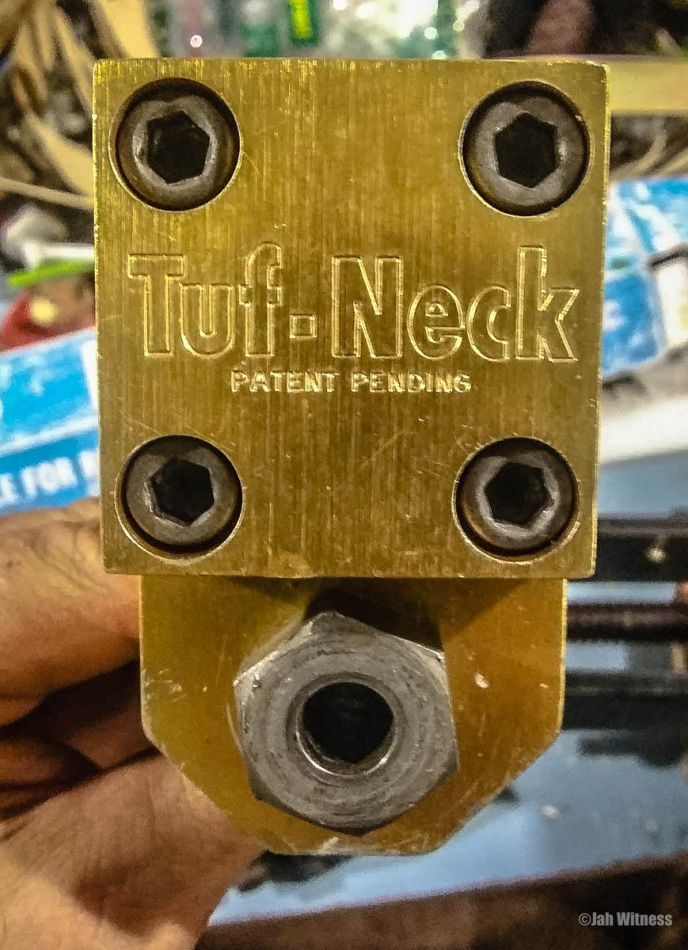 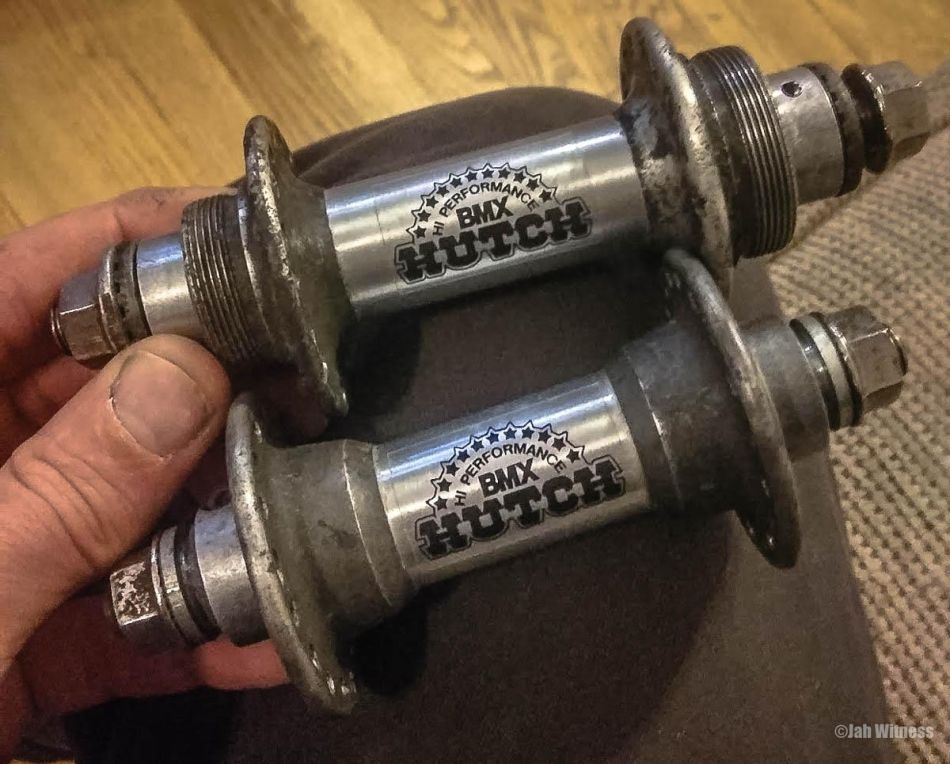 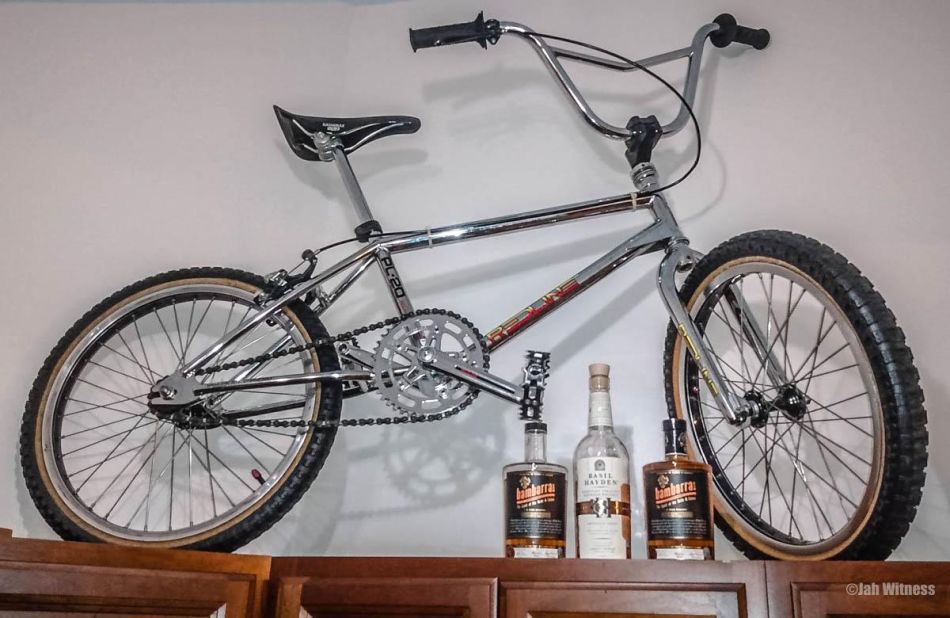 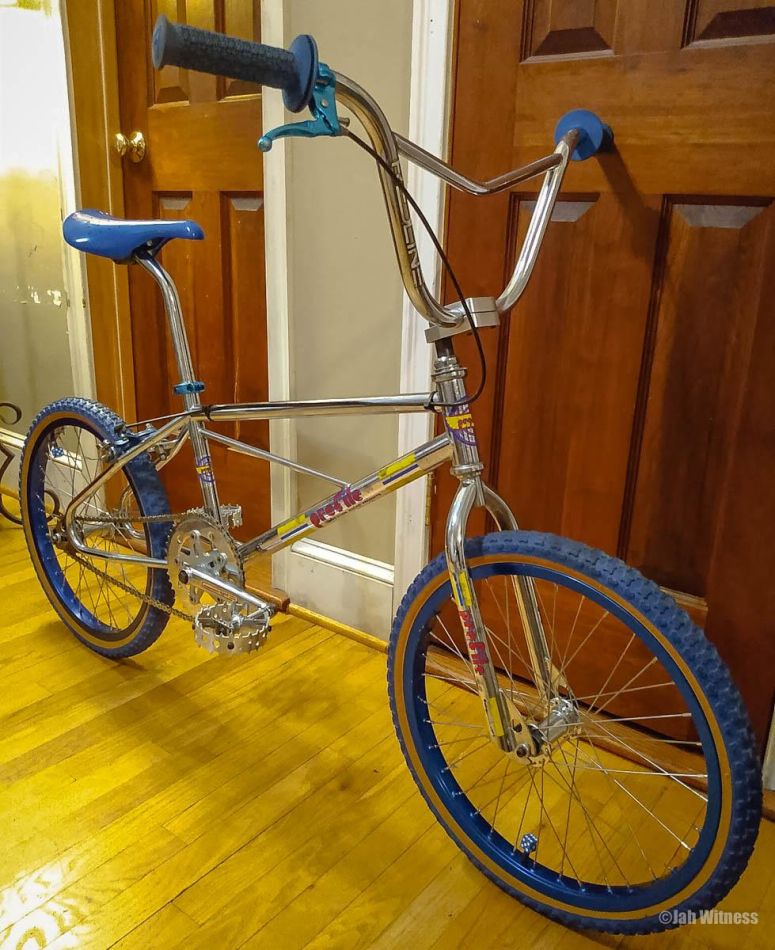 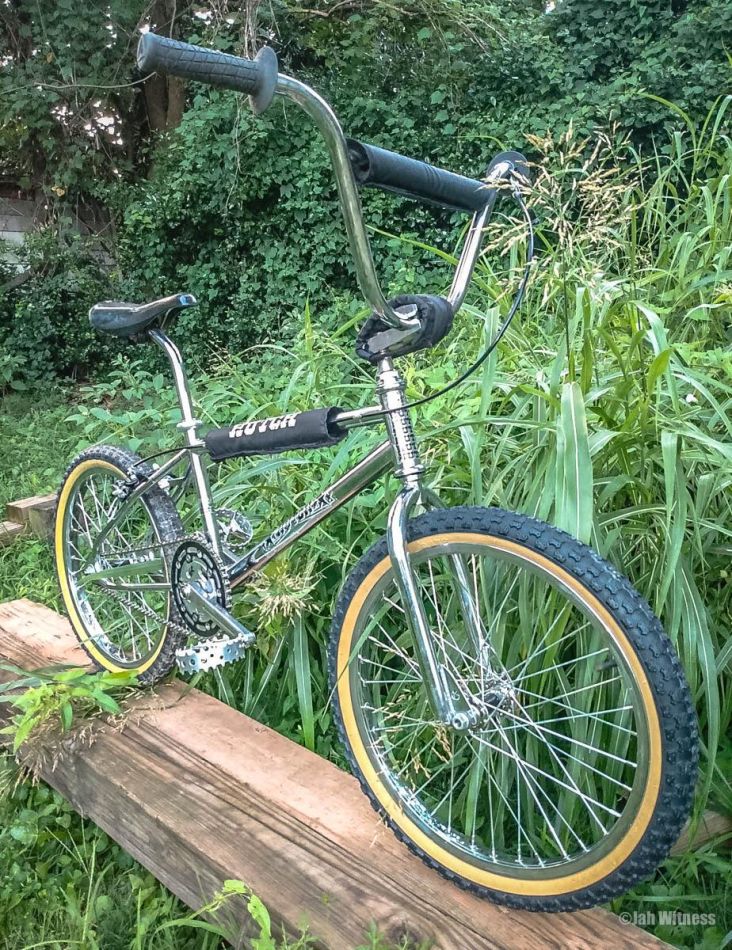