Do you remember the moment that you decided to start collecting BMX memorabilia?
Jeremiah Grimes: I started collecting old school BMX bikes when I got my first bike in 2003, a 1987 GT Performer 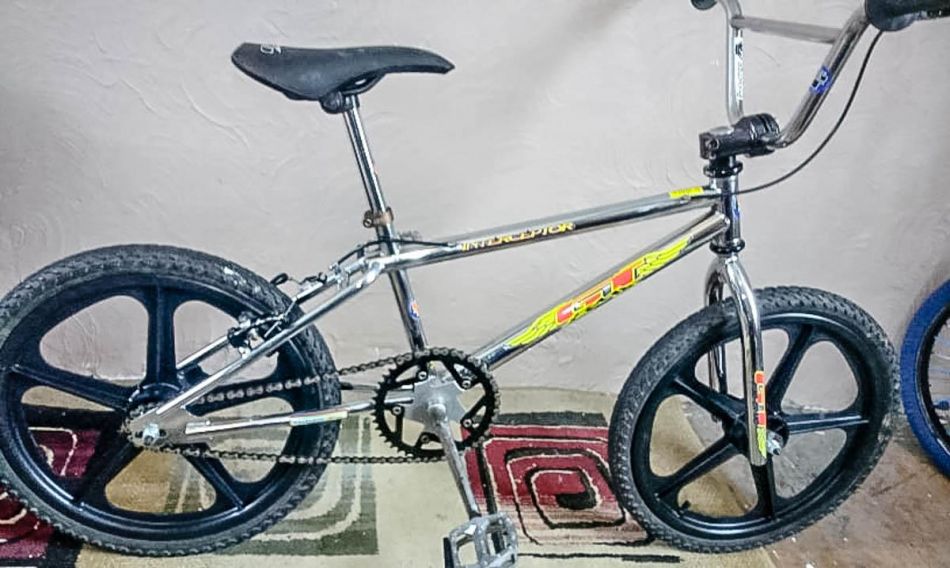 Jeremiah Grimes: The one who first got my collection really started was a guy who was into fixing lawn equipment so I'd trade him old lawn equipment I no longer wanted and traded it for bikes he didn't want anymore.

Do you feel there is a need for BMX products to survive for history's sake?
Jeremiah Grimes: Yes very much so. BMX needs to live on forever. there is nothing like restoring a bike from the '70s and '80s, nothing like the bikes made today.

Do 16", 20" and 24" BMX bikes all matter to you? Where is your preference?
Jeremiah Grimes: I'm more into collecting 20" bikes that's what I grew up on. I do collect some 24" bikes but 16" is too small for me. I like collecting stuff I can ride but if it's something vintage I'll collect 16" for display. 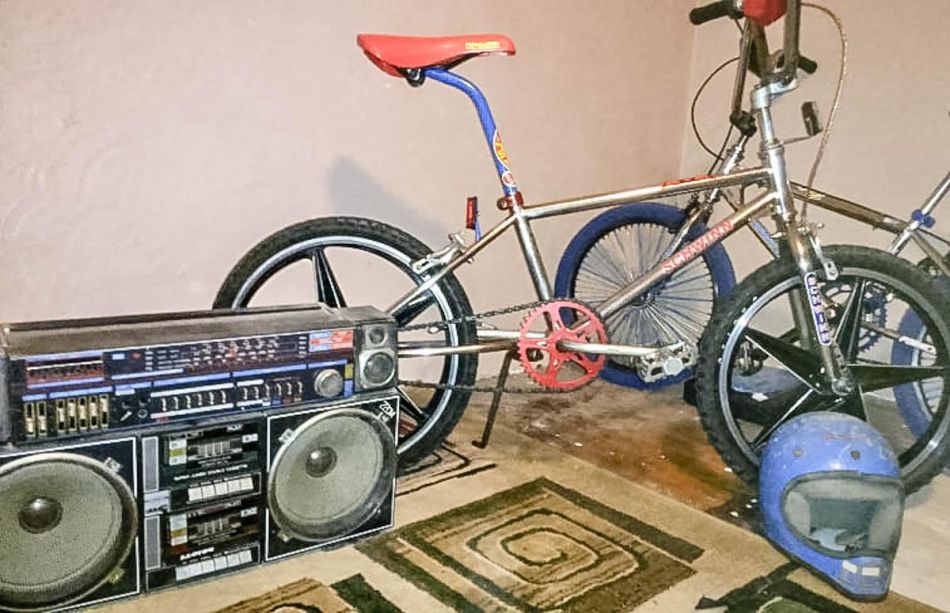 What's one of your oldest BMX products in your collection?
Jeremiah Grimes: A 1983 Diamondback. Bought it as a project bike. It was basically a frame and cleaned it up and made it what it is today.

When you started riding, what bike was the dream bike for you?
Jeremiah Grimes: Still today it is a 1970s /1980s Mongoose. Preferably a Super goose but I will accept any from them years.

Do you have that bike in your collection today?
Jeremiah Grimes: Not yet but I will one day. I'm always looking for one. 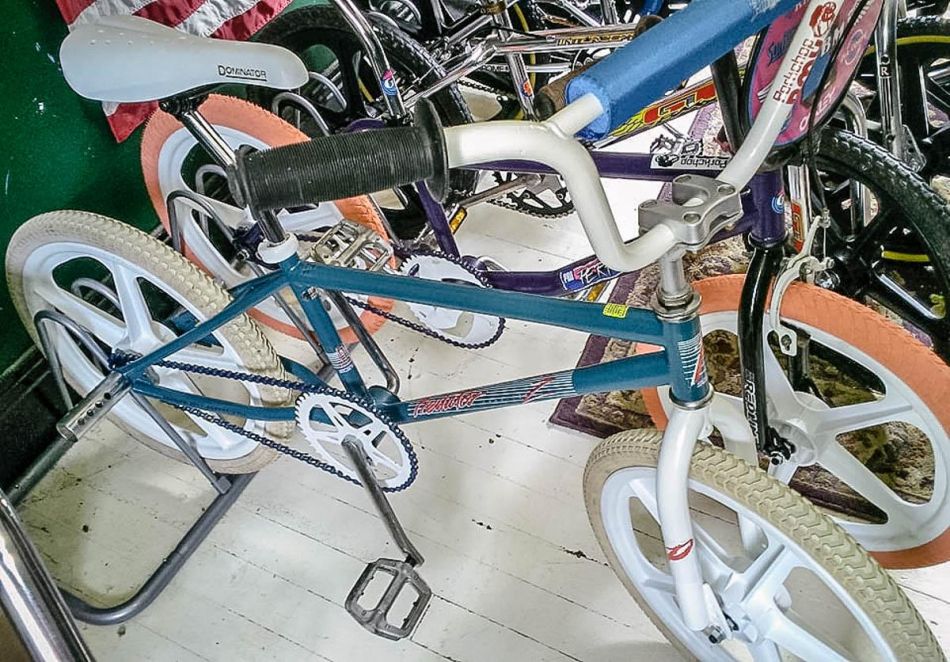 Do you have a special love for a certain brand?
Jeremiah Grimes: I would have to say Diamondback. I just like the frame design and how they look and ride.

How often do you look on eBay/Craigslist/BMX Museum to shop for old BMX stuff?
Jeremiah Grimes: I look everyday. I'll never stop collecting. I can't ever have enough bikes and hopefully one day have one of every brand.

Do you "shop" internationally?
Jeremiah Grimes: Only on eBay otherwise I like to buy locally to me.

What shipping company do you prefer?
Jeremiah Grimes: I don't really sell but when I do I sell locally I don't ship stuff just don't like the hasle. Buying-wise I prefer FedEx or UPS. 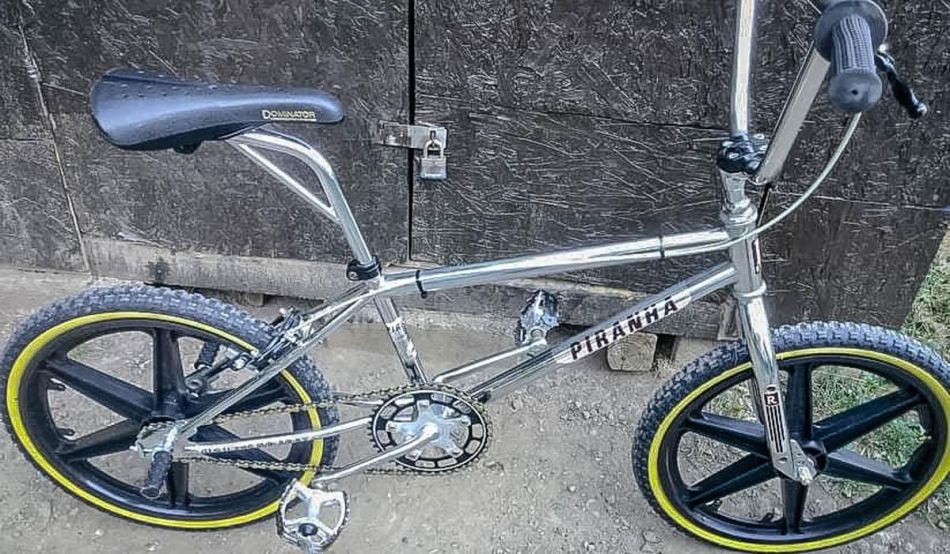 What's the most ridiculous amount you have paid for a bike part that you needed to own?
Jeremiah Grimes: I've paid up to $450 for a bike which I really wanted. Other than that I don't go over $500 on a bike or part.

What do you think is the best BMX collector show?
Jeremiah Grimes: I've honestly never been to a show. I just watch the ones on Facebook but can't remember the names of them.

Trade, or sell/buy?
Jeremiah Grimes: I do both. If someone's got a bike I like, I'll buy it or if I got something they want and they have a bike they no longer want I trade them for it. 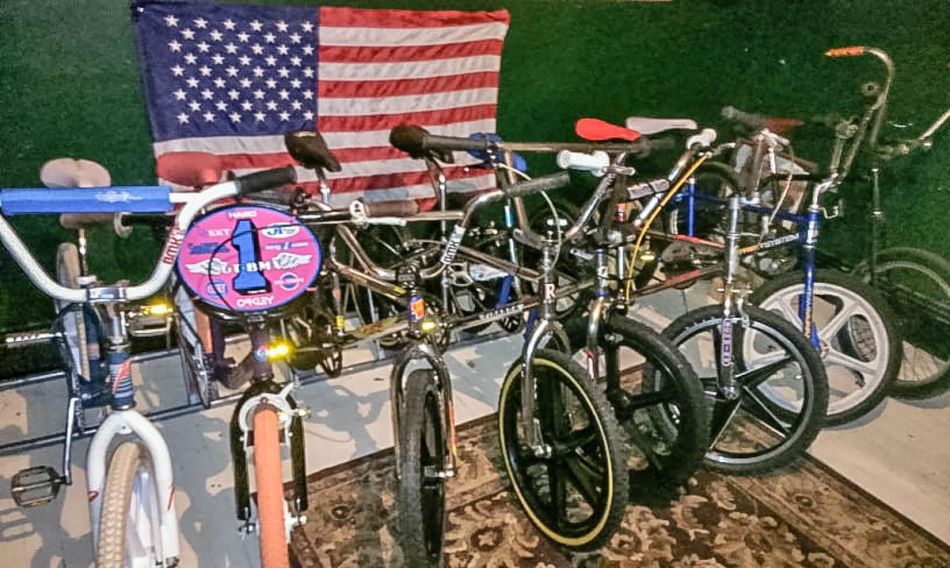 What's a bike (part) you have been looking for but haven't been able to locate?
Jeremiah Grimes: I usually find everything at some point or if I can't find it, I'll go with something different only thing I really want is a vintage Mongoose.

Where can people reach you when they have that part available?
Jeremiah Grimes: Facebook but currently not looking for any parts just a vintage Mongoose.