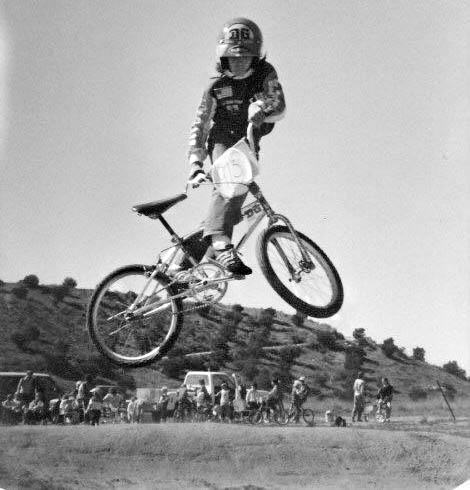 For today's episode of Preserving BMX History we talked to BMX legend Eddy King. Before we hit it off, he had to show me his new Canyon E-bike. Only 3 in existence in the USA right now, one being in the possession of MX SX star Ken Roczen, the other one in the hands of MTB rider Paul Basagoitia. Eddy was well proud of having access to the bike and is looking forward to the next ride. We touched base with Eddy on the early years of BMX for him growing up in Chula Vista when riders were brought in from Tijuana by the local dealer just to have a race with the Americans. In 1974 Eddy discovered BMX when he saw a flyer posted up in the window of his local bike shop. It was 1975 when Eddy first raced BMX at Silver Wing BMX, a somewhat downhill track in San Diego. "It took 60 seconds to ride the track, that's how slow we were." Eddy was competing on a $ 29,95 USD Huffy from K-Mart showing that event the top pros had to start somewhere.

Did Silver Wing BMX track get a lot of coverage back then in the magazines?
Eddy King: Just locally. 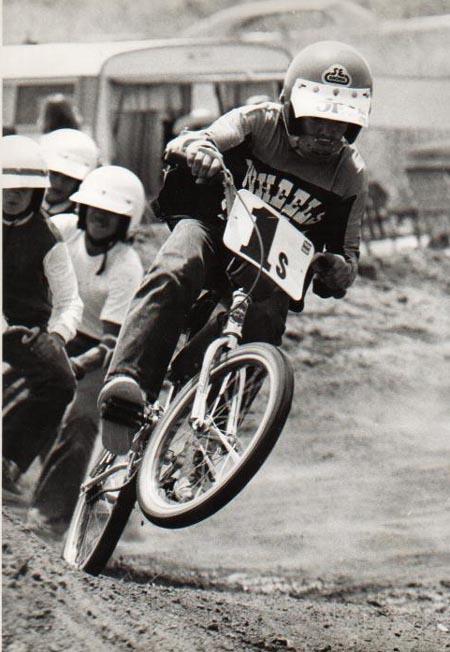 What bike did you first get?
Eddy King: I think I was about 9 years old. It was nothing special, it was a Huffy from K-Mart. A $ 29,95 special. It was very basic, it had a banana seat, bull horn handlebars, short cranks on it, street tires, so what we did, we went to the bike shop and we put knobby tires on it, we took the struts off the banana seat so it wouldn't hang over the banana seat but the banana seat would still be there. We put motocross bars and stems on it as well as a gas tank and mud flaps. We were all imitating motorcycles back then.

Did you ever want to ride motorcycles?
Eddy King: We started off riding BMX so well so we never had a chance to second chance it, or to think about motorcycles at all. We were a lower middle class family for the most part with only dad's military pay to survive on. With my dad being in the navy or the military he would be gone all the time so it would be really hard to race motorcycles without his support and having him around. With BMX it was a little bit easier. We asked our friends to take us to the track and my dad would be okay with that. To supply a motorcycle, the gas, the entry fees, and the maintenance of a motorcycle is a lot more than a bicycle, even in 1975. 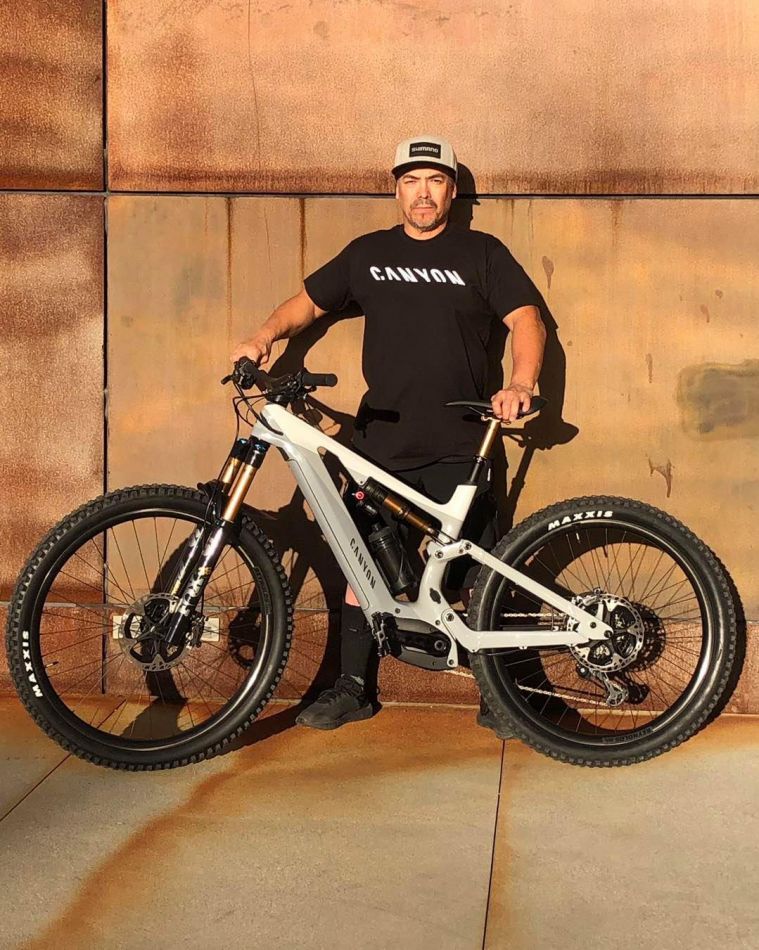 If you think of that bike from 1975, and then look at your Full suspension MTB Canyon E-bike in your room, what a difference, right?
Eddy King: Like night and day! That MTB is $ 8500,00 USD and my K-Mart bike was thirty bucks! Times have changed obviously.

How did your BMX career develop after the first race?
Eddy King: I was good enough to get on a Bike Shop Team and from there I knew I was going to get free parts, or upgraded parts and would be able to get to some of these races, which helped out a lot. We would have been struggling just to go to the races and to upgrade my bike and stuff. Evolution of the sport kept growing rapidly right there. 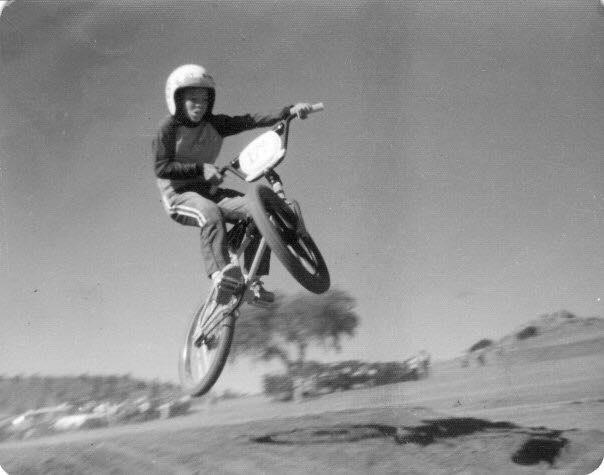 I mean, I go from a $30 dollar bike to a 40-pound suspension bike, which actually helped build up my legs, and then from that little bike right there I got a nice yellow Webco with Redline forks on it, and A&A Bars. A front Tuff wheel went on it and that was state of the art equipment right there. It is what the big guys, or the 16 year olds rode. I think the top-tube of the thing must have been 16 inches long or something. That probably right there helped me progress having really good equipment already in mid to late 1975.

Back then you raced in your own age group, but there was a place I raced in San Diego where you entered on height and weight. I was all, I can be the little guy here but I can beat every other little guy here. Sometimes when I was racing, I mean Andy Patterson wa 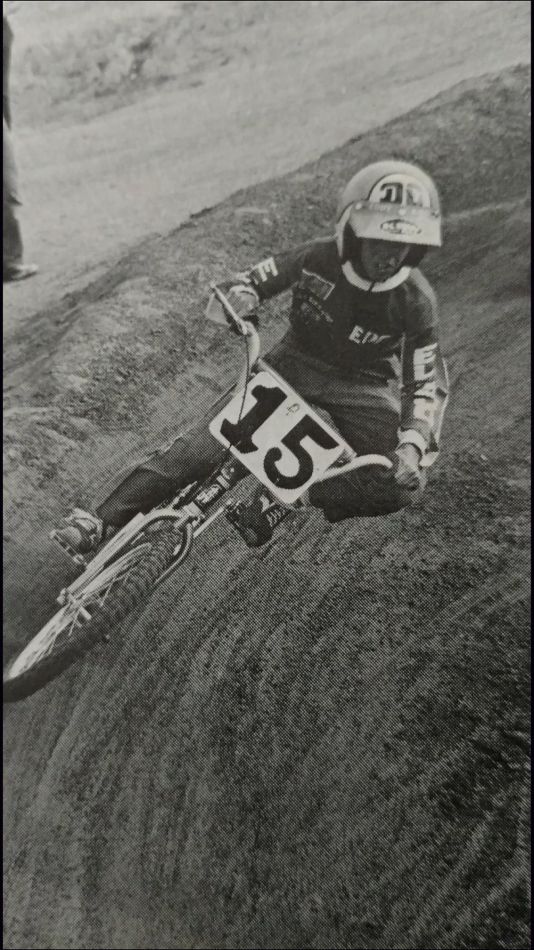 At that time did you already help with product improvements or were you just riding the bike?
Eddy King: I had no clue, I was just a little kid back then, I was 10 years old. Before Webco came out, what people were doing is taking their Schwinn Scrambles and they were cutting the tubing so they could get the elevated bottom bracket so it would fit longer cranks. Some were extending their cranks to 7 1/2 inches. I think what came standard on my bike was 5 1/2".

Was Zumwalt's a big player in the BMX world in the beginning of BMX? I remember going there a few times in 1990 to check on some oldschool stuff they had?
Eddy King: Zumwalt's not really. There was the bike shop in El Cajon which had a BMX track in the back on their property in a small little field, and Wheels 'N Things was obviously pretty big back then, they sponsored a lot of people. And then there was another shop heavily involved at the time called Bicycleville which was located in Imperial Beach. That guy is still around. He would go across the border in Tijuana, Mexico and grab a bunch of riders and bring them over to race against the Americans at Silver Wing BMX. My first competition, guys that I was beating, were guys from Tijuana. There were a couple of local kids that were fast too but I remember lining up against guys from TJ that Phil Bartel from Bicycleville would bring over. It was already international I guess! 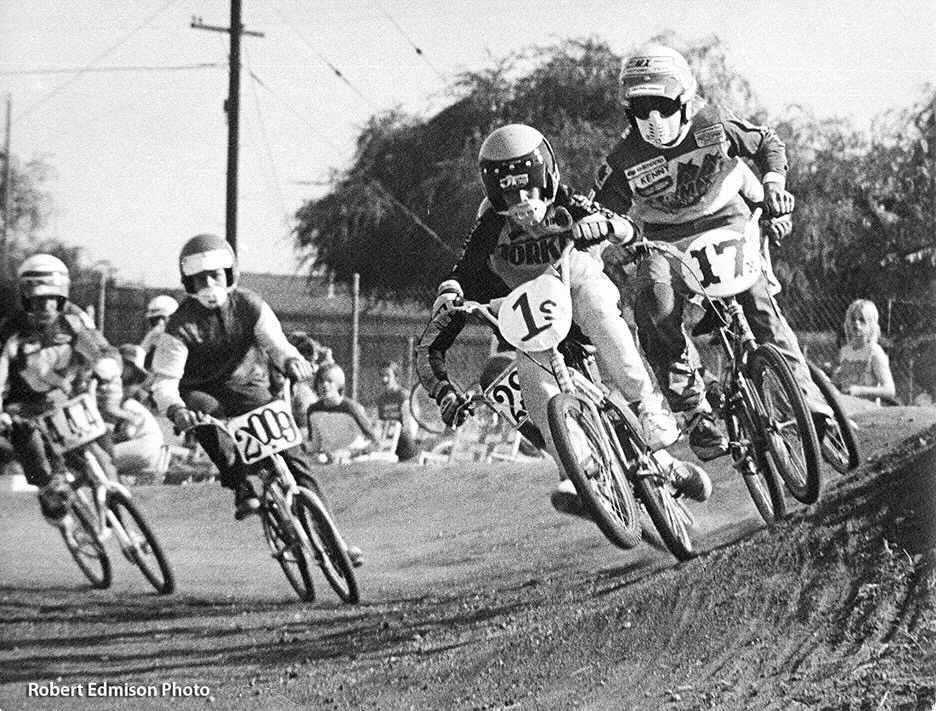 What was the name of the bike shop in Chula Vista again?
Eddy King: That was Chula Vista Schwinn. As a matter of fact, the owner, Rick Gentilella just died recently. RIP.

What was your first bigger bike sponsor?
Eddy King: If you want to look at the list, I was on Webco and DG on a co-sponsorship deal. When I got onto Torker, that's probably a whole different level because that's when I was getting things paid and I was being sent places to promote their brand. I was 12/13 years old and I was flying on planes with adults with no parents with me, it was crazy. I was being used in their advertising and there was a budget to promote their products.

At what point did your brother Mike come with you? 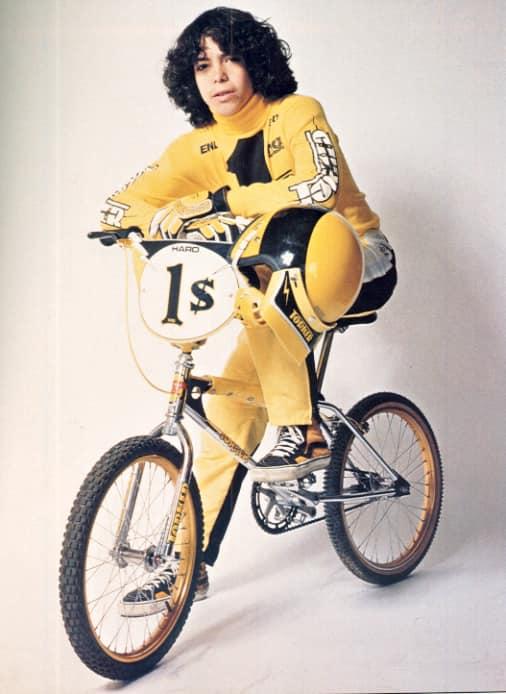 Eddy King: I'm 4 1/2 years older than Mike. We rode for Wheels 'N Things both at the same time and obviously I ventured over to the Torker side of it and eventually all Torker, and my brother at the time couldn't really go with me because they had a kid named Doug Davis that raced and competed with my brother and he was better than him at the time. I think it was good because that was good motivation for my brother for the rest of his career.

What were the really good bikes back then?
Eddy King: Back then there was Cook Brothers, there was JMC, there were some Boutique type of frames that were coming out that were really good. R&R, Centurion, and a few other things that were out there. 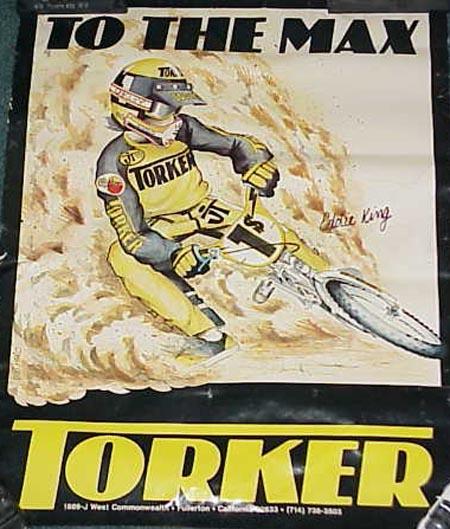 Who were your big competitors in the late '70s?
Eddy King: Man, I had competitors everywhere to tell you the truth. Some were real small opportunities to race them. You could say Brian Patterson. I raced him in the 1976/1977 California Cup race. The California Cup held in 1976 or 1977 I don't remember, what it was, they took the top 5 riders from Northern California, Central California, LA and San Diego and then we all met in Corona for the California Cup. I didn't race Brian Patterson that day until the main event. We had won every race that day and were matched up head to head in the main event. After that everything went into GT's hands.... Rich Long took Lee Medlin, he threw up Andy Patterson, he threw up a ton of guys with me all the time. Eventually that lead to Greg Hill, Rob Fehd, Tommy Brackens. I would have loved to have ridden for GT though. 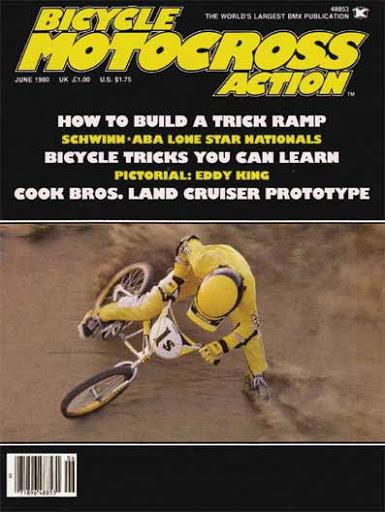 Throughout your early BMX career you must have gone through a bunch of bikes. Where did they end up?
Eddy King: I wish I would have kept a couple of them. When it came down to the way things ended for me, it was kind of a bittersweet thing. I was a little bitter about the whole thing. When you look at my career, it was a short career, I only raced 13 years. Some race 20 - 25 years. I retired early at 23 I think. I didn't care about my bikes then. I wanted to go on and do something else. I gave everything I could to BMX during that time and didn't get really what I wanted out of it. A lot of guys left at that time pretty bitter at the sport because it was just kind of folding. I didn't want nothing to do with it. It was hard for me to come around to any of the races at all even though my brother was starting to take off.

Do you ever go to some of those Oldskool Bike gatherings?
Eddy King: I only go to two of them. I go to the BMX Society one, that Steve Brothers puts on, that's a really big one. 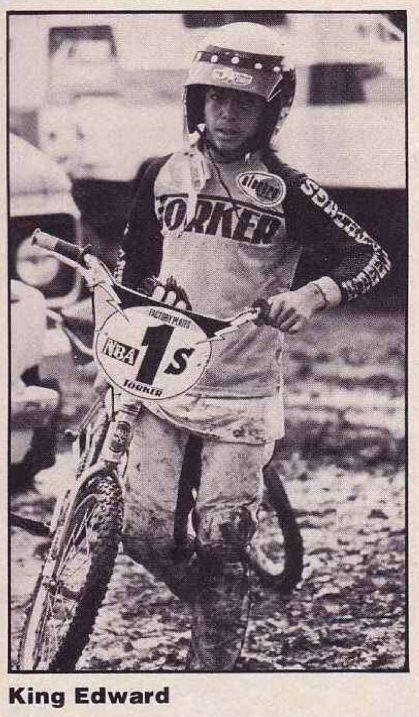 And I go to the one up in Van Nuys, they are probably the two best ones to go to. I haven't been up to one of Gary Turner's events but I can totally see myself go up there too.

Do you get stoked on the bikes or is it a good time meeting up with old friends?
Eddy King: Kind of both. I like the bikes that are identical or the ones that are original. Dennis Dain still has his original bike and brings it, I know the original David Clinton Kawasaki is still floating around, Adam Cox has his original JMC's. Other guys have done some really good duplicates of bikes that were there in the past. Jake has my old Torker rebuilt exactly how I rode it in the past, he's also got Jason Jensen's bike done to the tee. I sit there and kinda knock myself in the head saying man, I should have kept those bikes.

Final story to wrap this up?
Eddy King: Last time I went to Holland, Gerrit Does took me to Pierre Karsmakers' place. We spent like two hours in his man cave or his garage and we went through some stories and comparing his time with the motocross and all the MX collectors that they have. It's very similar in fact. The story he told me I remember....somebody wanted to buy his World Championship 1973 or early '70s or something bike and he said: "Just make me an offer." He said he would have easily sold the bike for 2 grand, or 5 grand. I think the guy offered him like $50K and he took it. And he goes: "Do you see that Mercedes over there? That's what I bought with it." 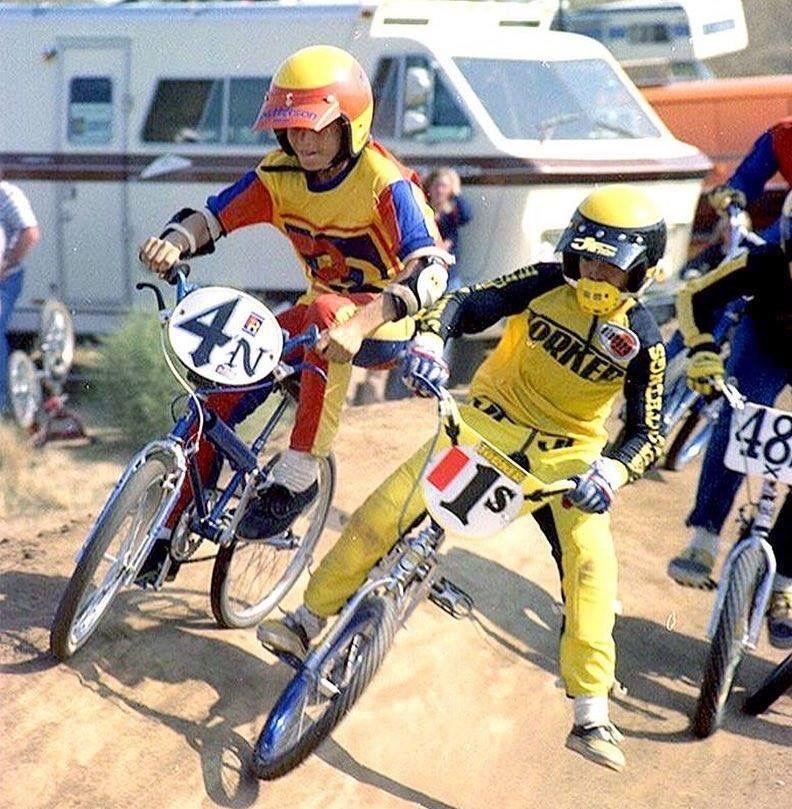 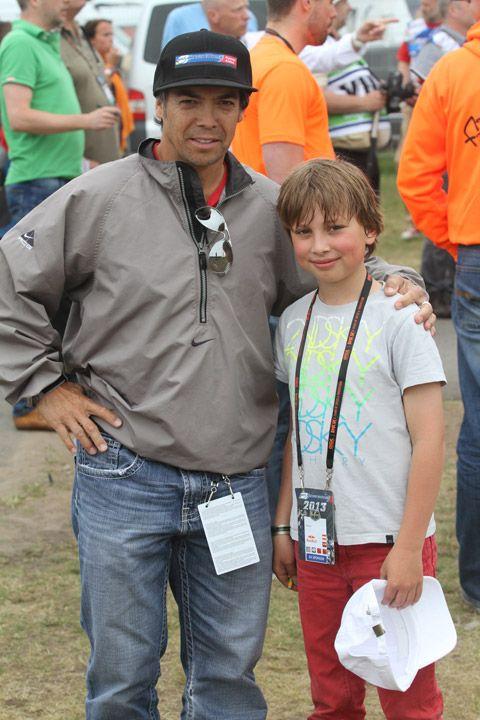 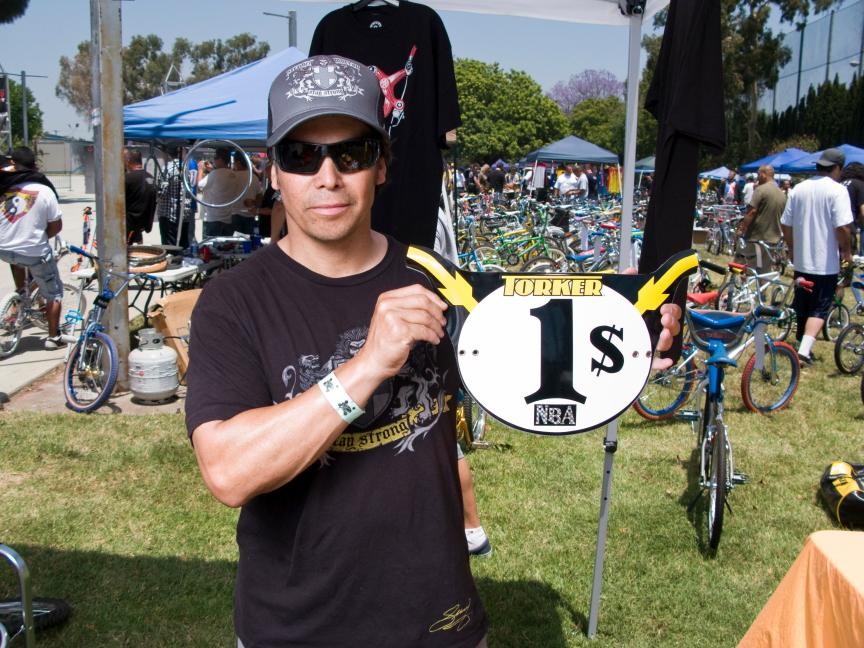 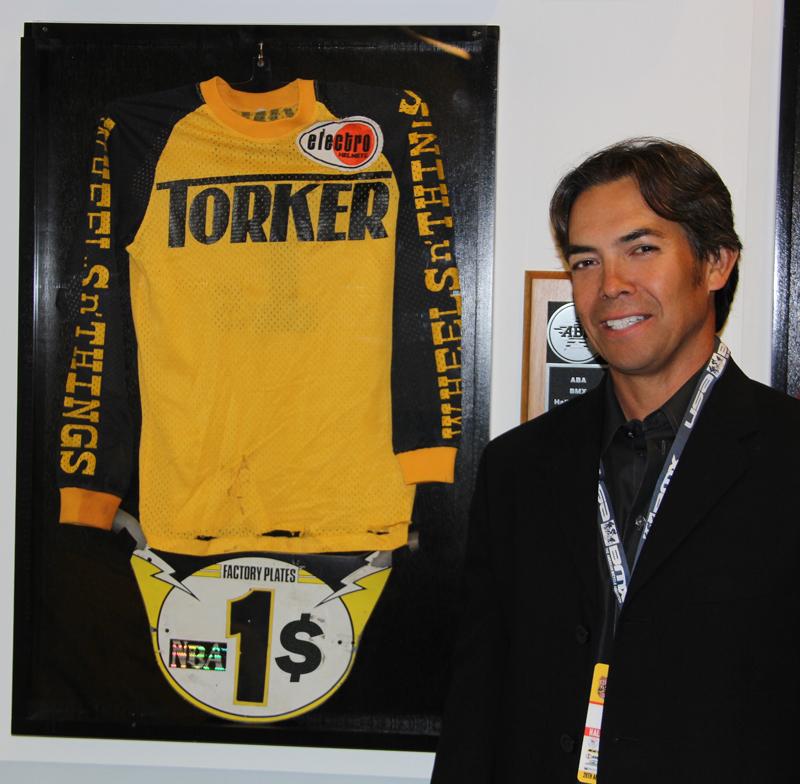 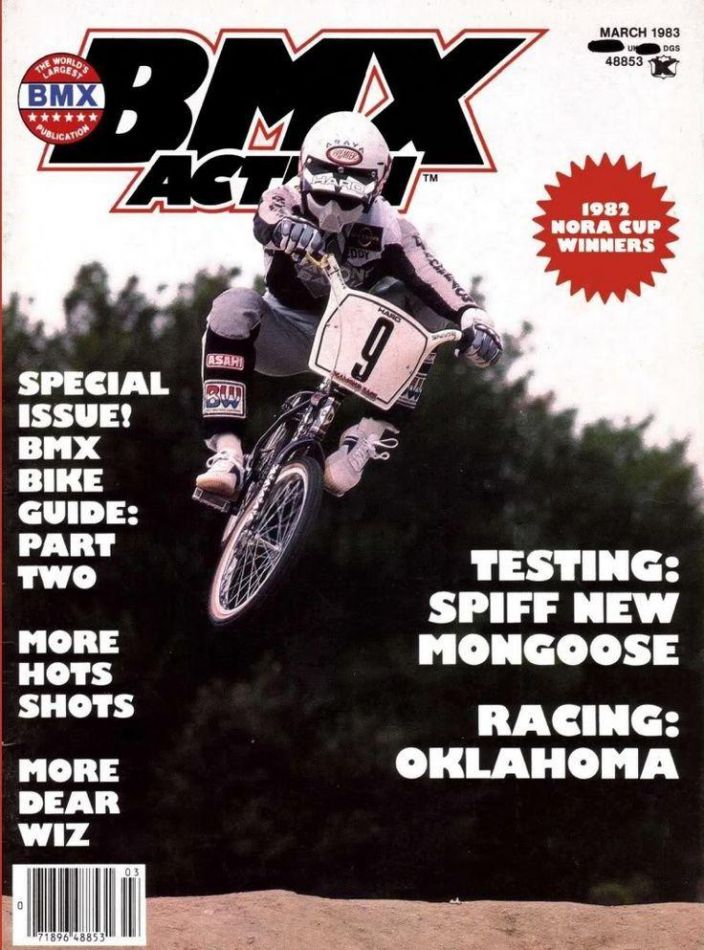 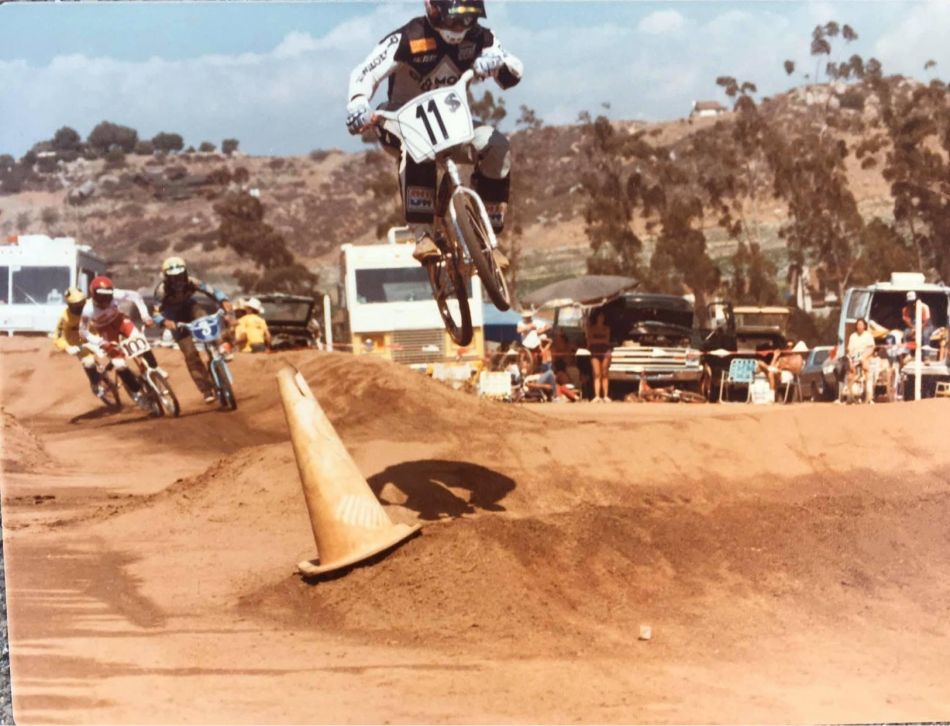