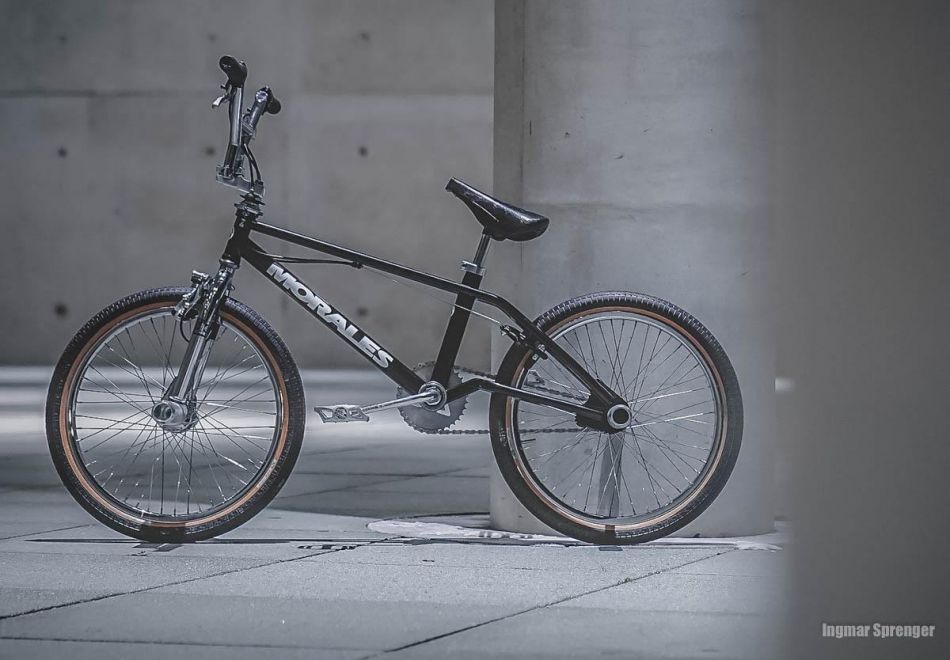 Home come you decided to build up a Morales bike from scratch?
Frank Lukas: I think this frame is the most iconic Flatland frame ever designed and produced. It changed everything. Don’t quote me here, but I think it was the very first “Flatland specific frame”. I also think that the riders who rode the frame had the biggest impact on Flatland besides Kevin and Chase. I was so into Westcoast Flatland- Richard, Jesse, Edgar and many more... 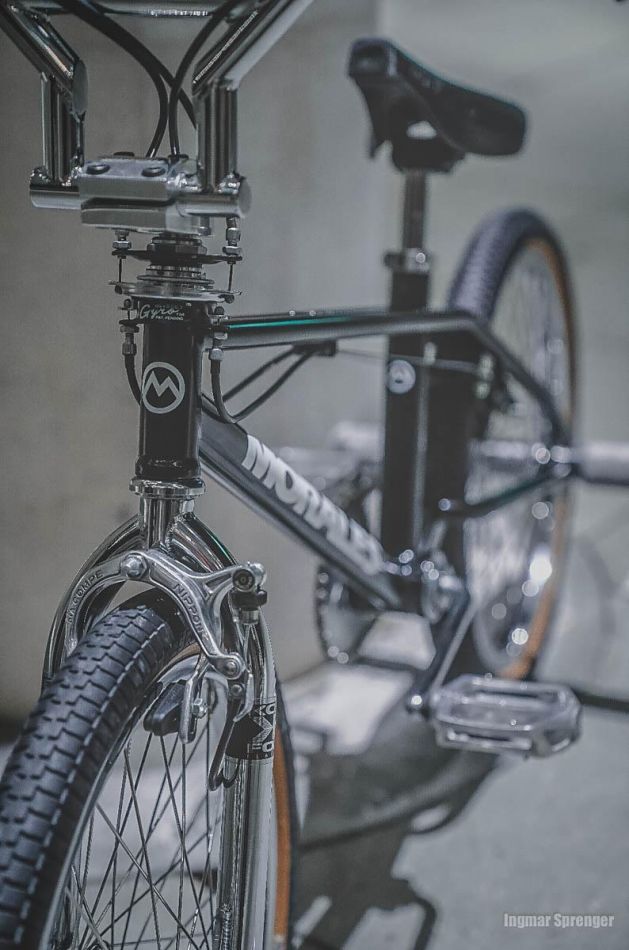 Of course, almost 30 years later in time, the exact parts are harder to find. Pick 3 parts that were the hardest to locate?
Frank Lukas: I wouldn’t have started the whole project if I hadn’t had the Graveyard Handlebar in my closet. Without that I would have probably pulled out before I started looking for a frame. So finding that these days would be number one. Not in my case though. So: 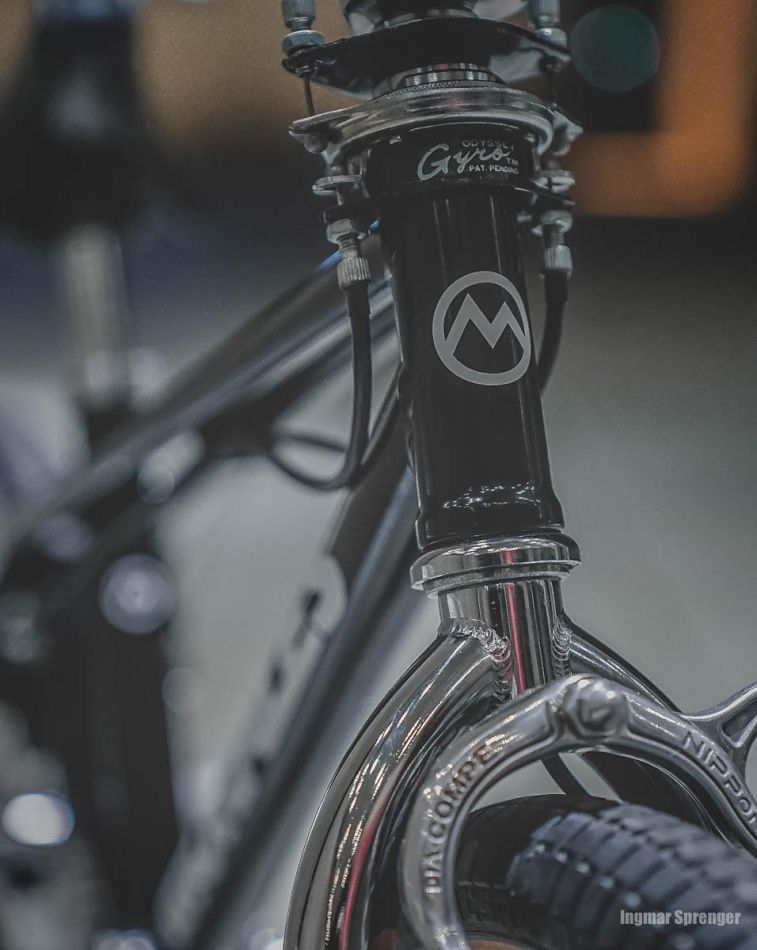 I have to say that basically every part was quite challenging for me to find. Good GT Seat (expensive and then I cut off the nose anyway), Nippon Brakes, 1st Gen NK Coaster...

Have you shown the bike to Phil Dolan yet?
Frank Lukas: No not yet but I think he will like it as he became world Champion on a pretty similar set up back in ‘96!

The seatpost clamp is on backwards. Is that to create more scuffing space?
Frank Lukas: Haha no, it’s because the Morales frames had the slot that is pushed together by the seat clamp in the front.

Would a session be better if you were wearing a Flatland Fugitives T-shirt?
Frank Lukas: Well, definitely more hardcore. I still have my Graveyard Shirt. Westcoast Freestyle on the back. It's framed and hanging on the wall. 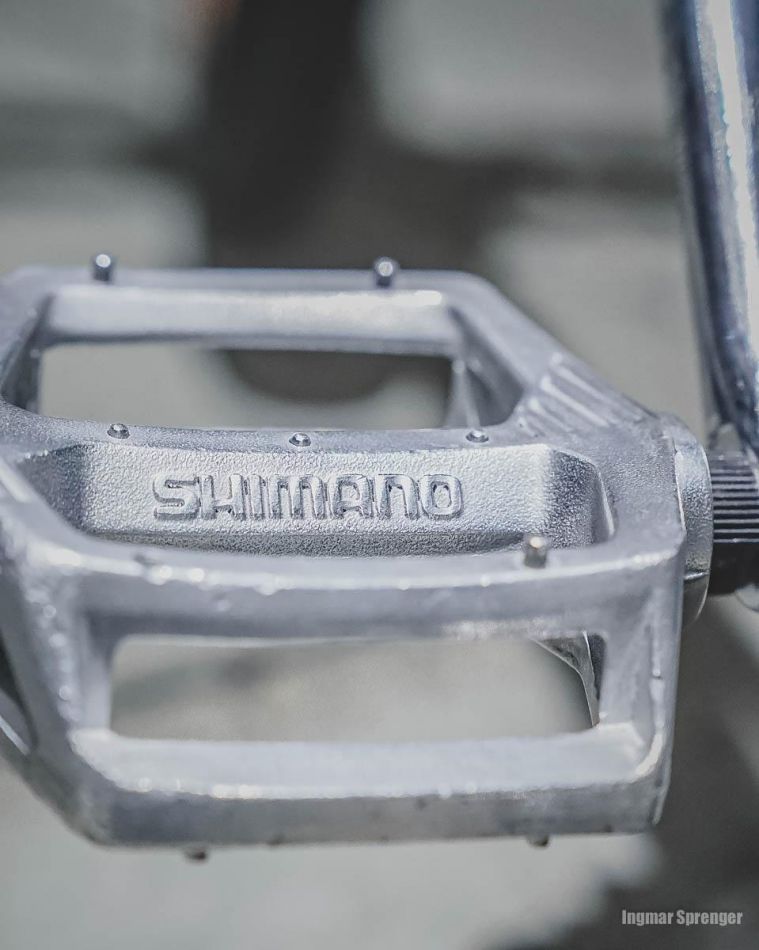 Shimano DX vs MKS Graphite pedals. Why the DX's?
Frank Lukas: When these pictures were taken, I did not have any nice MKS but these were the only alternatives for me. When you read this, I will have black og MKS pedals on that bike. I will sell the DX and become rich.

Do you miss an actual good front brake sometimes instead of the Nippons?
Frank Lukas: Personally, I don’t miss any brakes on my BMX. I love the Nippon design and the fact that most of the Flatlanders I look up to had them on their bike.

When you ride the bike, do you mentally make a trip back in time and start doing early '90-s tricks?
Frank Lukas: What do you mean ride the bike? Haha. I am not gonna ride that bike. Breaking something on it would break my heart as it took me 16 Months to build it. I had thousands of hours on that frame anyway, so my muscle memory would be strong.

Who built your wheels?
Frank Lukas: I think it’s the best wheelbuilder on this Planet- an awesome guy from Aarle Rixtel. His name is Paul de Jong.

Do you have an idea of how many Morales bikes are still rolling today? 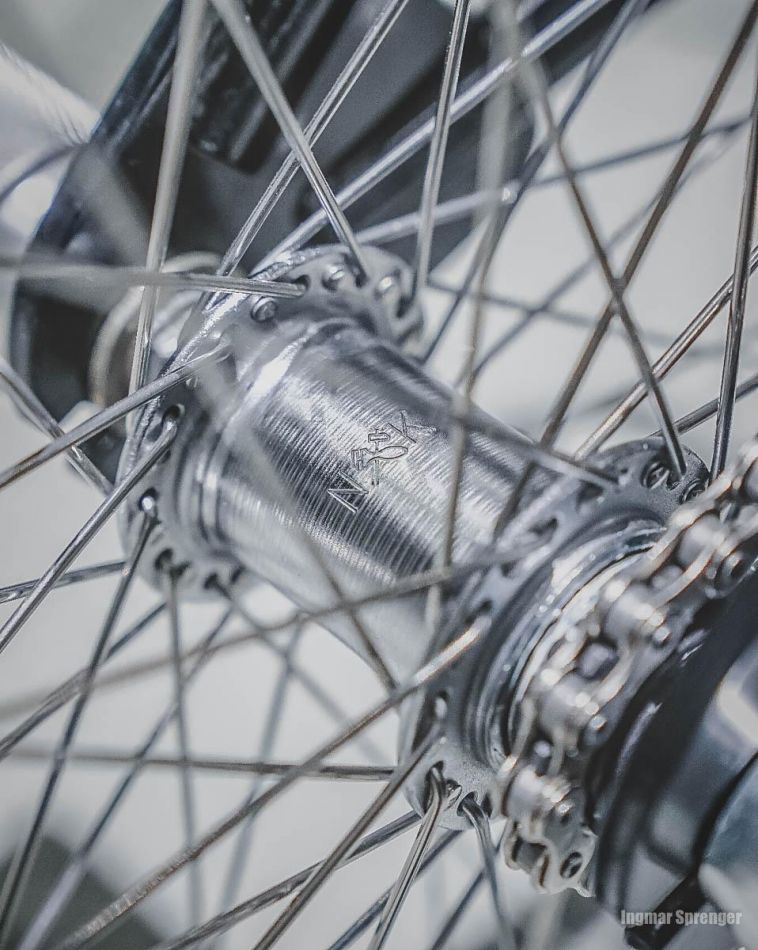 Frank Lukas: I think there are still a few. Not like mine though. I think it’s the best.

Is this your favourite bike to ride right now?
Frank Lukas: If you put it in historical context: YES

Any other bike projects in the works?
Frank Lukas: Yes, I had the Idea to build a few bikes exactly how my favorite riders from back then had them. Just to drop a few Names…Sean Peters, Kevin Jones, Jesse, Nate.

Thanks to?
Frank Lukas: Thanks to your brother Paul for hooking me up with his great knowledge and his skills. Thanks to Ingmar Sprenger (@thedirtshape) for the pictures. 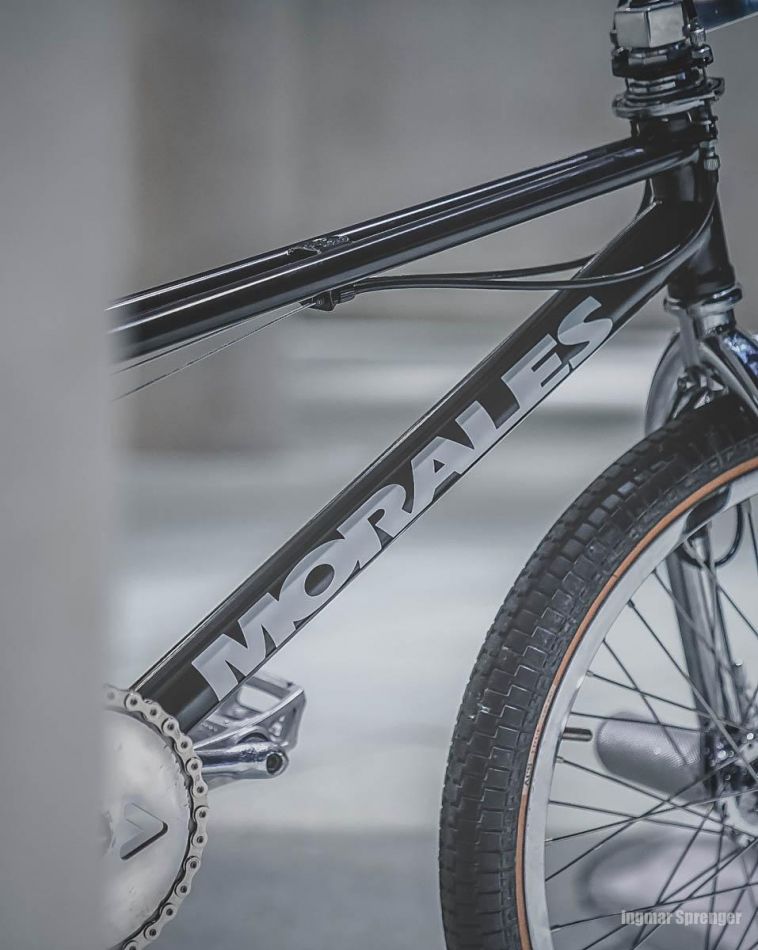 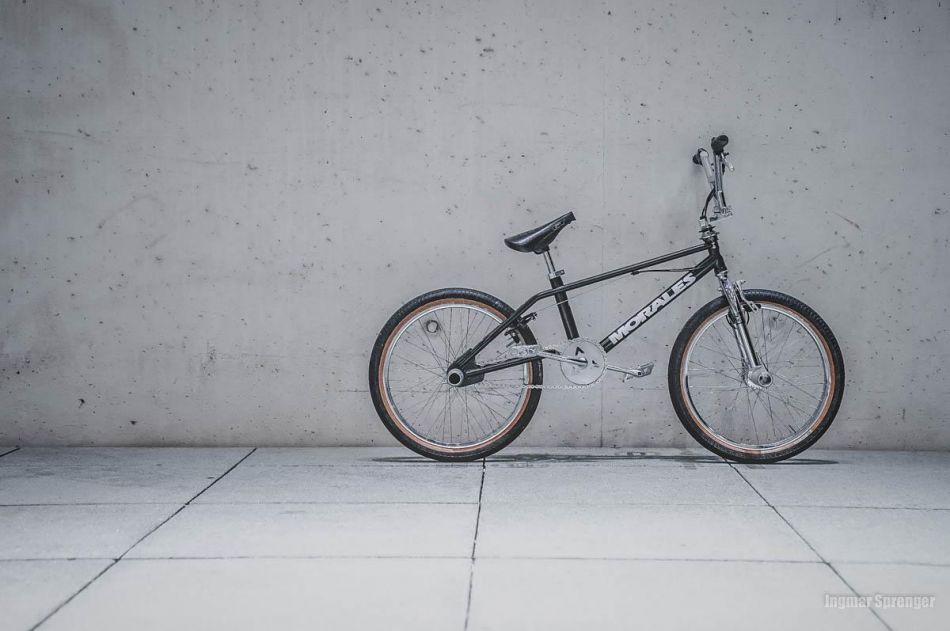 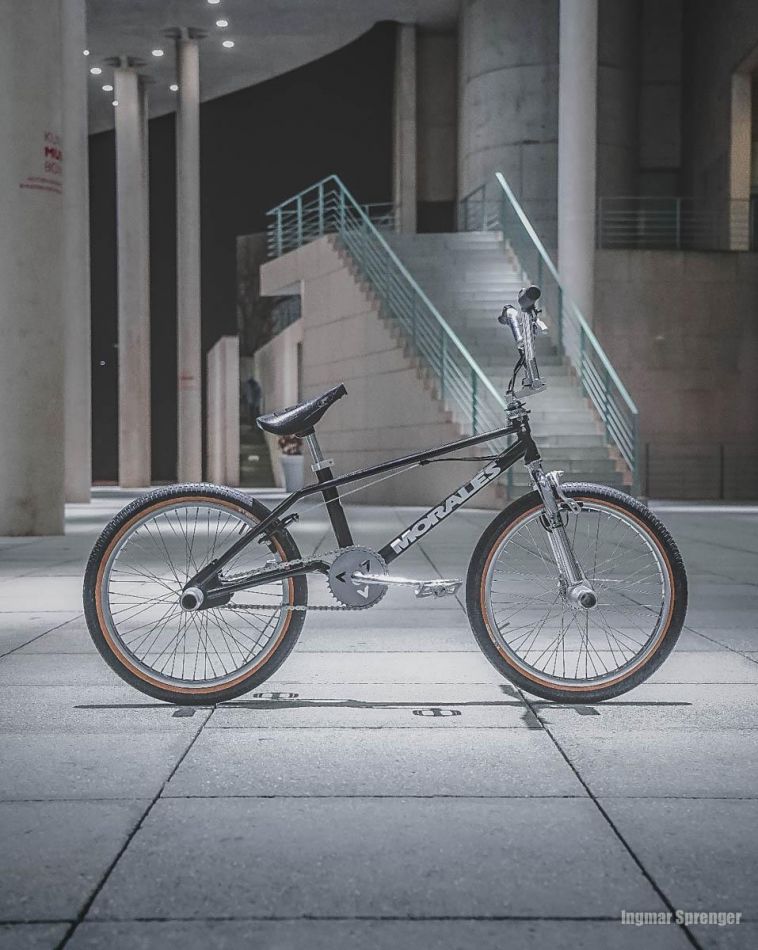 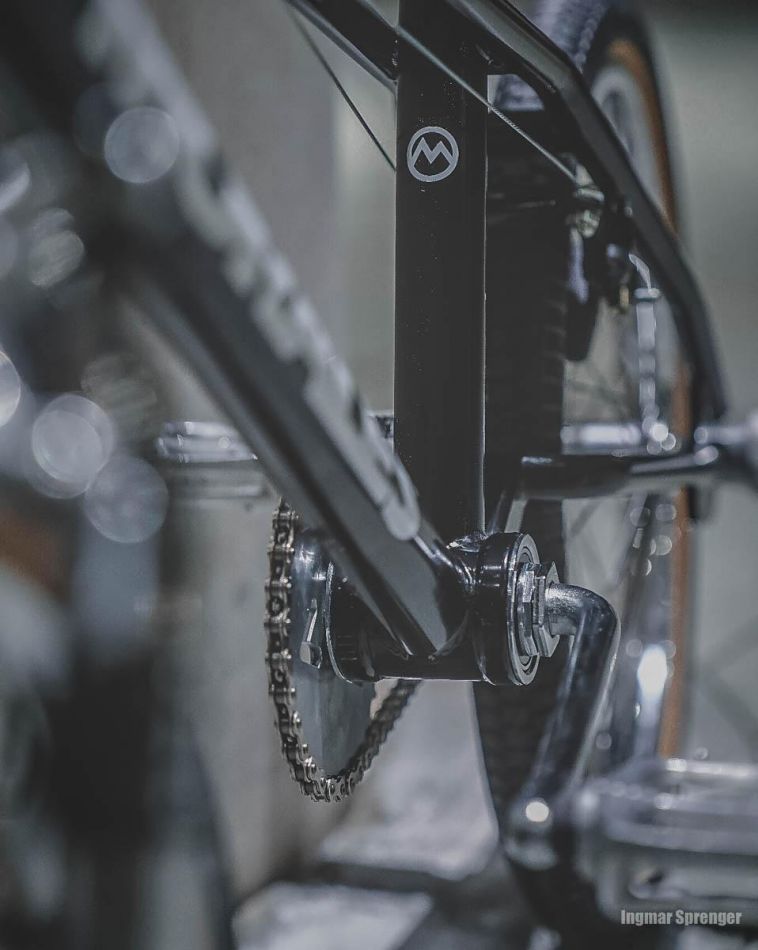 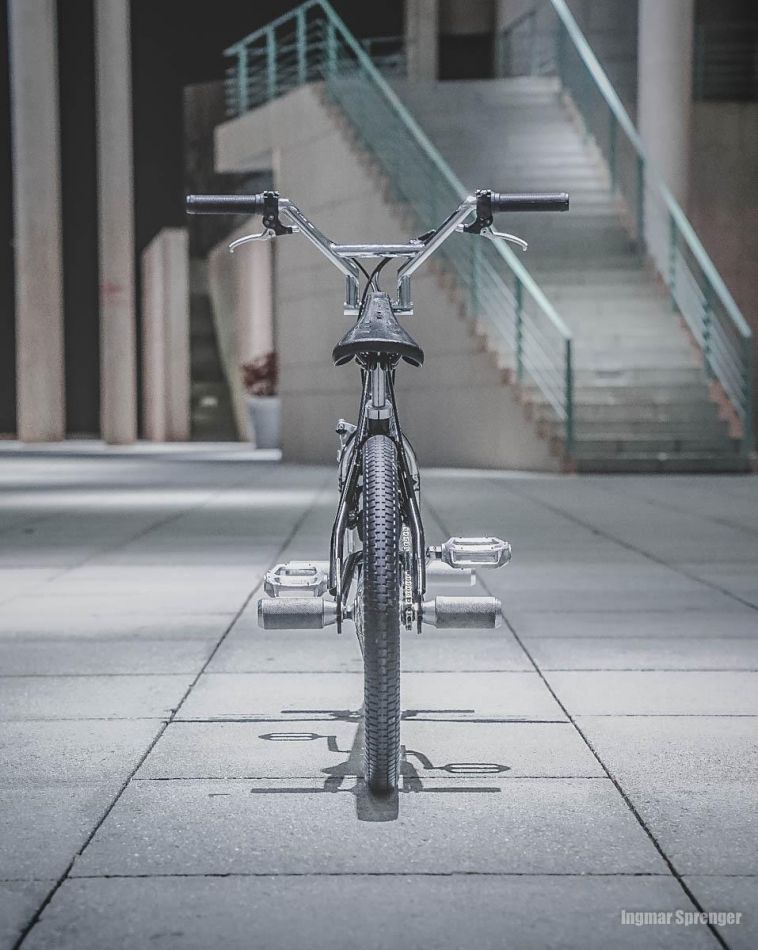 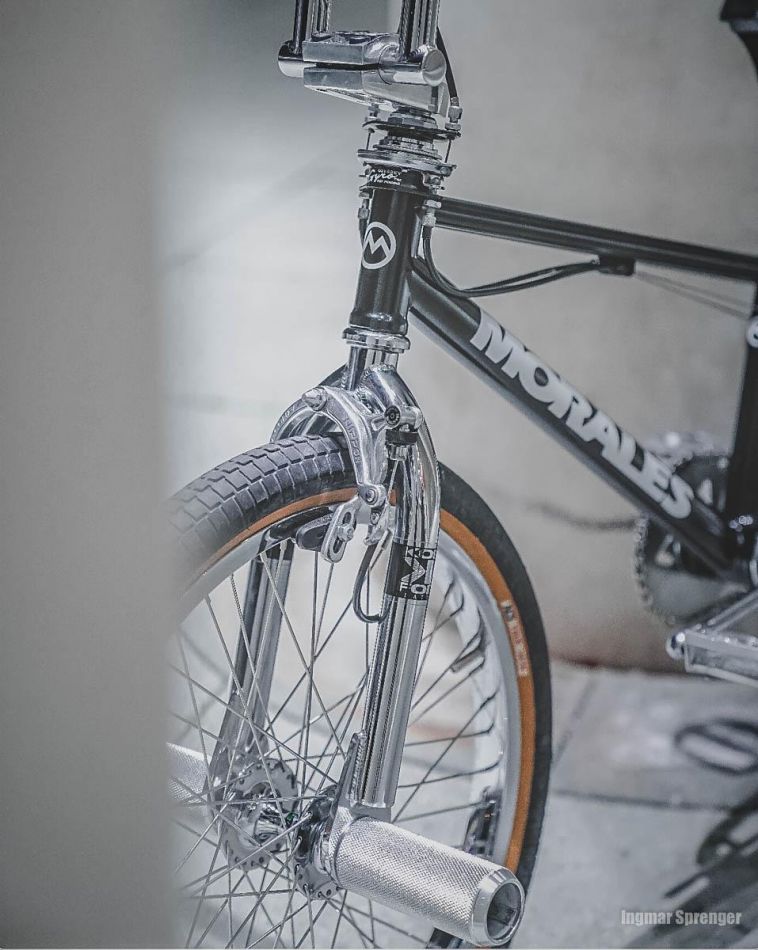