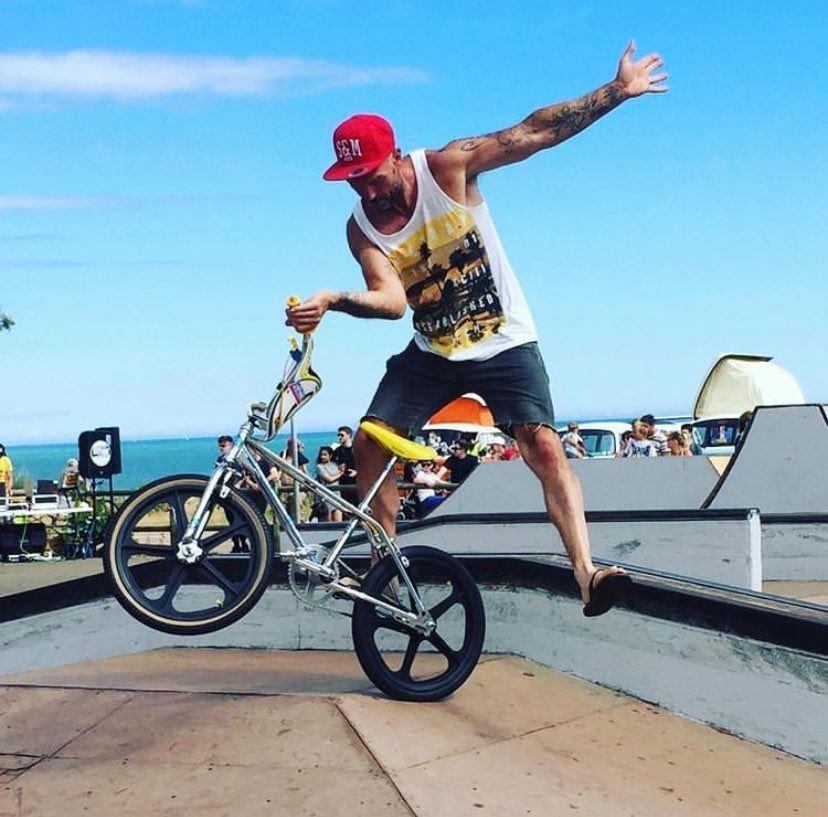 Do you remember the moment that you decided to start collecting BMX memorabilia?
James White: No, I don’t think that ever happened, I prefer to call myself a BMX Historian, Hah. It goes far deeper than just collecting for me. The evolution of tricks, the media, it’s all of interest to me, the bikes and parts I have accumulated is just a part of it.

At this moment, do you wish you had started collecting earlier?
James White: Yes and No. I can’t help but cringe over the parts that have slipped through my fingers over the years but that was then and this is now. In the early 90’s everything was worthless. 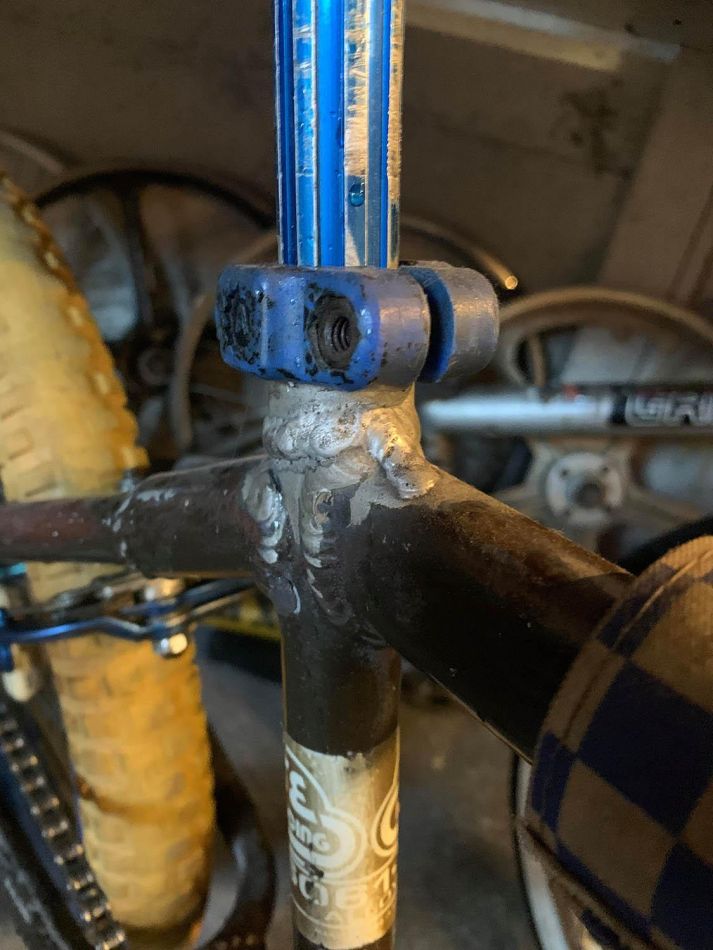 We all used frames and parts that would be highly desirable now. We would weld them up and just wreck them one way or another. Enough to make most collectors cry, but they were great years of BMX and I wouldn’t change it for the world.

Do you feel there is a need for BMX products to survive for history's sake?
James White: Yes! We don’t celebrate our BMX history enough. Nothing shows the history like an old bike with battle scars and original patina.

What's one of your oldest BMX products in your collection?
James White: I guess it would be my my 79 PK Ripper. It’s had a rough life with repair’s in all the obvious places but that’s just how I like them. There’s a place for pristine bikes but they don’t have any stories to tell. You can practically smell the mud splatter coming off that PK. Beautiful! 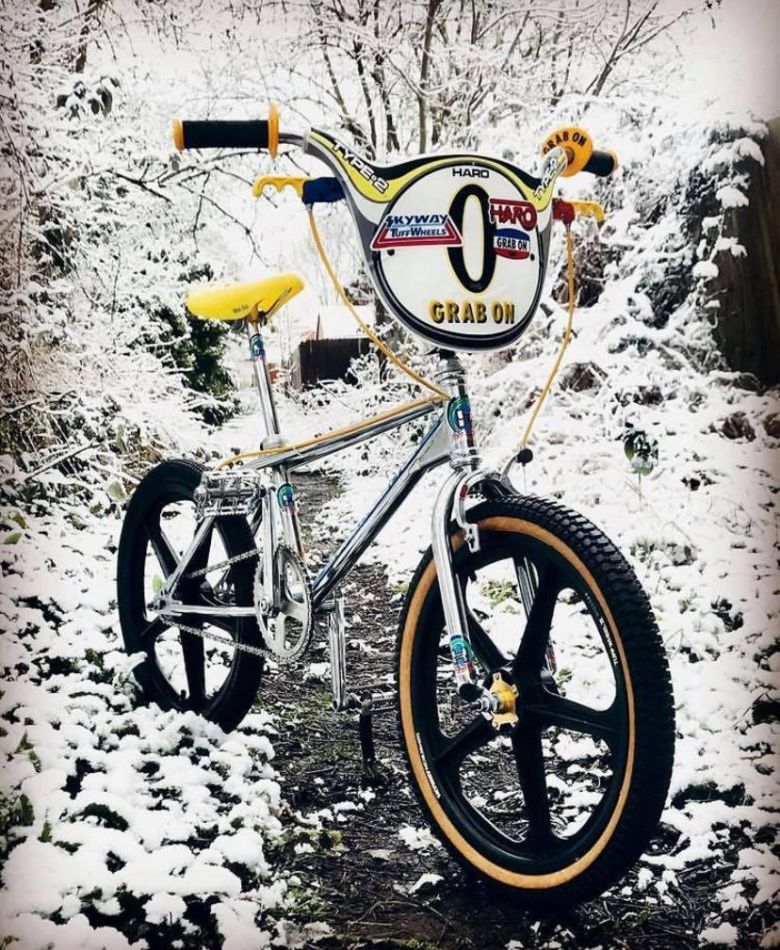 When you started riding what bike was the dream bike for you?
James White: The first would probably be a Redline MX2 but that quickly changed to 82/3 Haro Freestyler. The early 80’s was a magical time around our way. Everyone putting bits on there bikes to make them freestyle and then Haro comes out with a purpose built f&f’s! Together with Bobs riding/design and marketing it was just lust!

Do you have that bike in your collection today?
James White: yes, two. And still my favourite 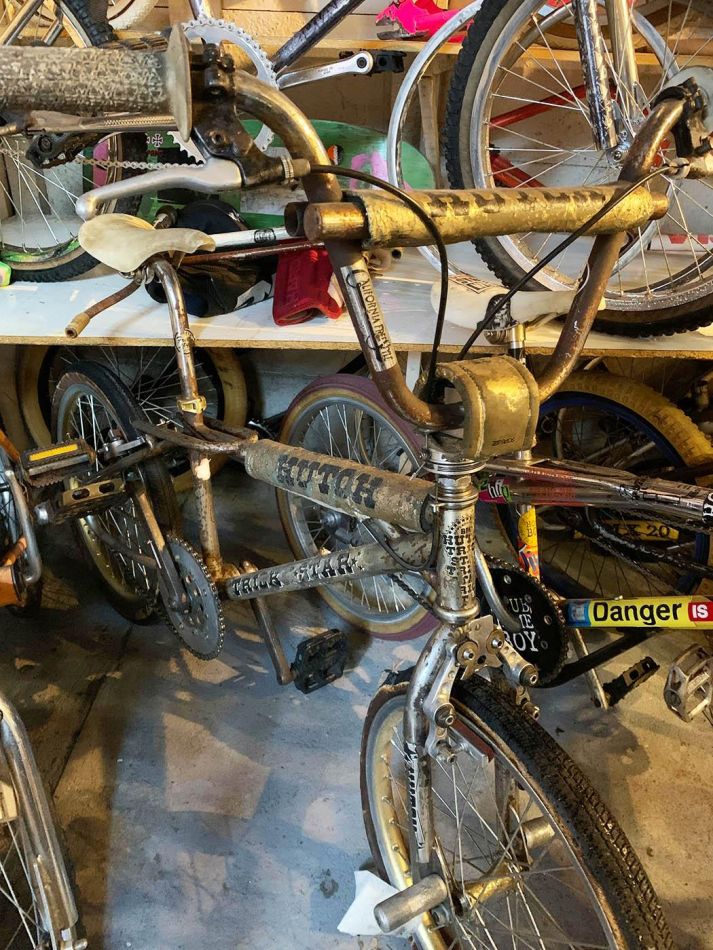 Name three BMX collectors that you respect?
James White: Johann Chan, Alex Leech, and Trevor Henry. Purely because they are interested in how the bikes ride and influenced the scene rather than just collecting for collecting sake.

Do you have decent mechanical skills?
James White: Yes! If you rode in the early 90’s there’s no way you could survive without them.

What products are a great help when you find an old rusty historical piece of shit bike that needs to shine again?
James White: poundland - bike cleaner

How often do you look on eBay/Craigslist/BMX Museum to shop for old BMX stuff?
James White: it’s a daily ritual

What's the most ridiculous amount you have paid for a bike part that you needed to own? 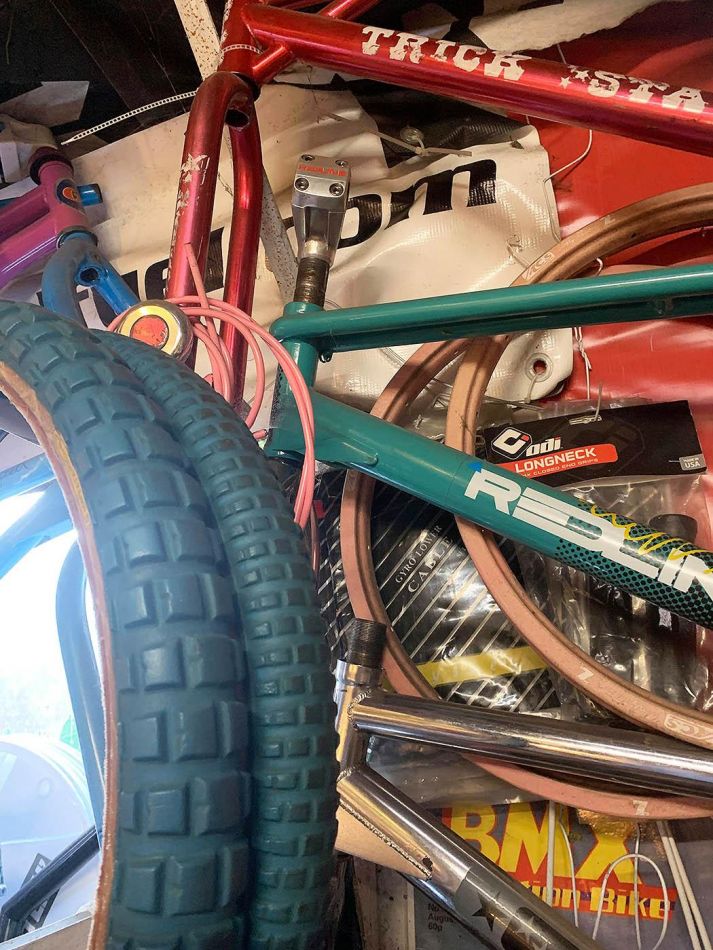 James White: I’m pretty patient when it comes to buying parts. I will wait for years to find a part for the right price but I’m a sucker for comp 2 tyres. I’ve been known to dig deep for those.

Do you have a man-cave where your bikes are displayed?
James White: I have a shed. They are kind of displayed but it’s a working shed so it’s more a mess than a display.

Do you always have room for "one more bike"?
James White: Of course, what are you offering?

What's a bike (part) you have been looking for but haven't been able to locate?
James White: An Ozone F&F’s

Where can people reach you when they have that part available?
James White: Instagram: @whiteski

Thanks to: Bob Osborn 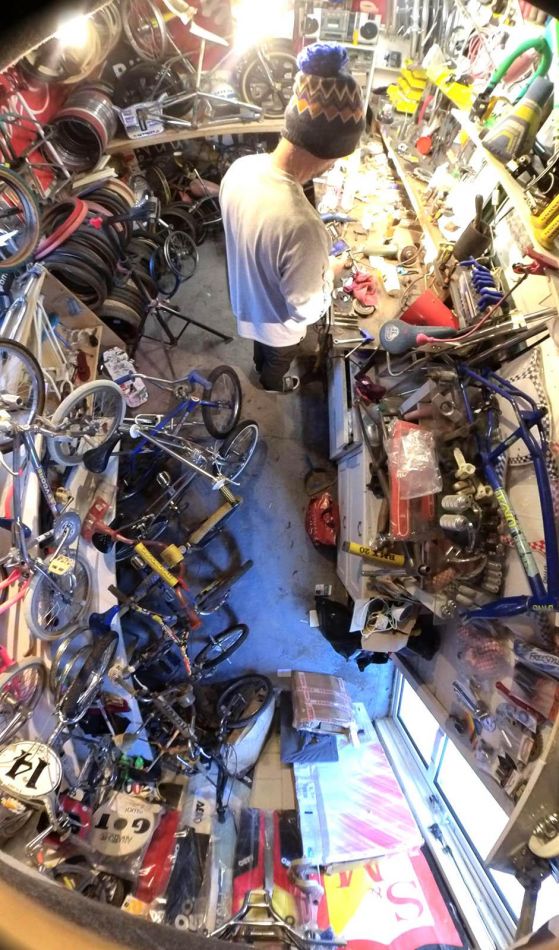 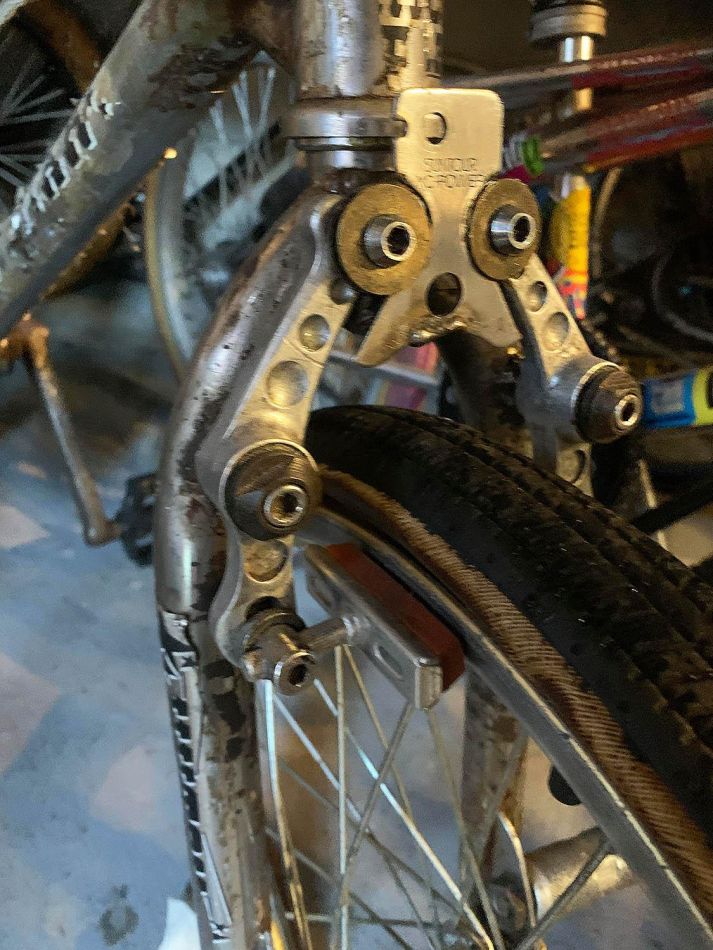 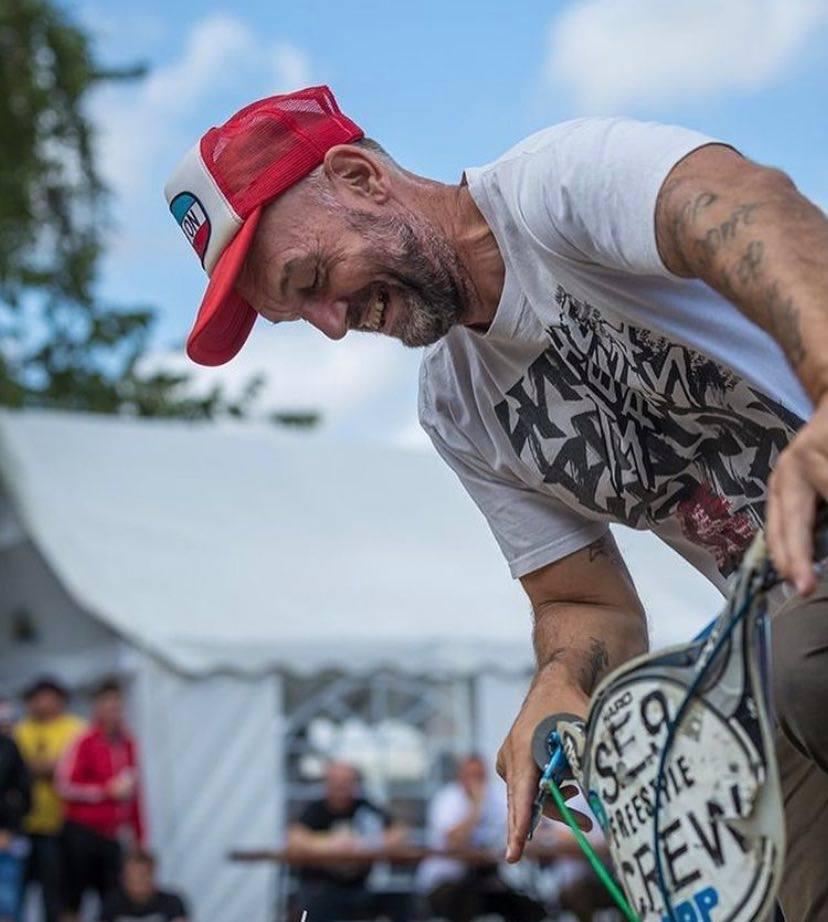 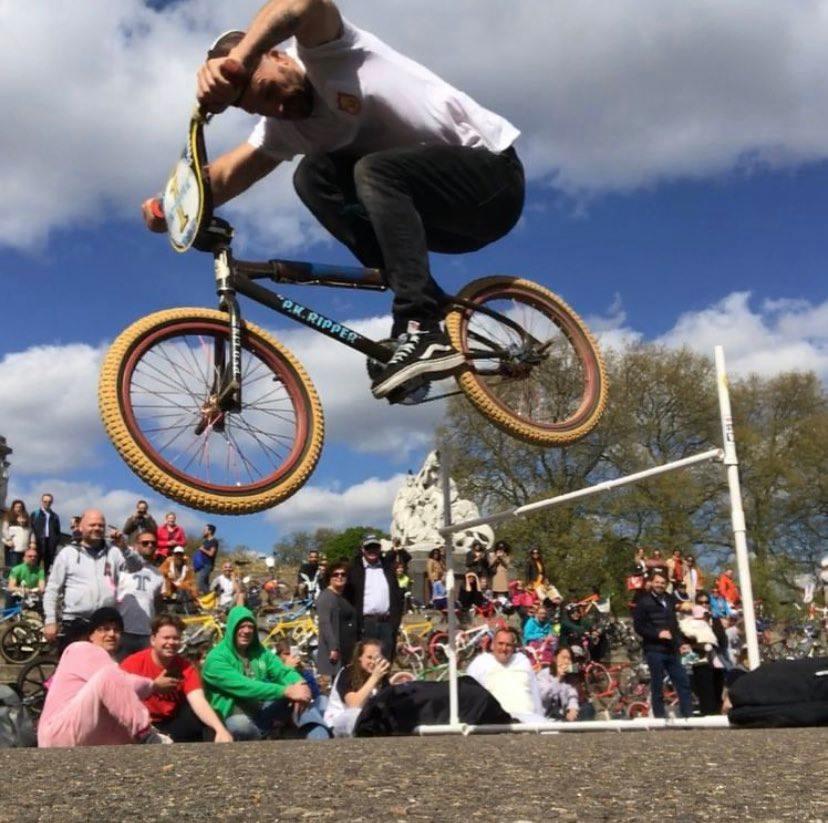