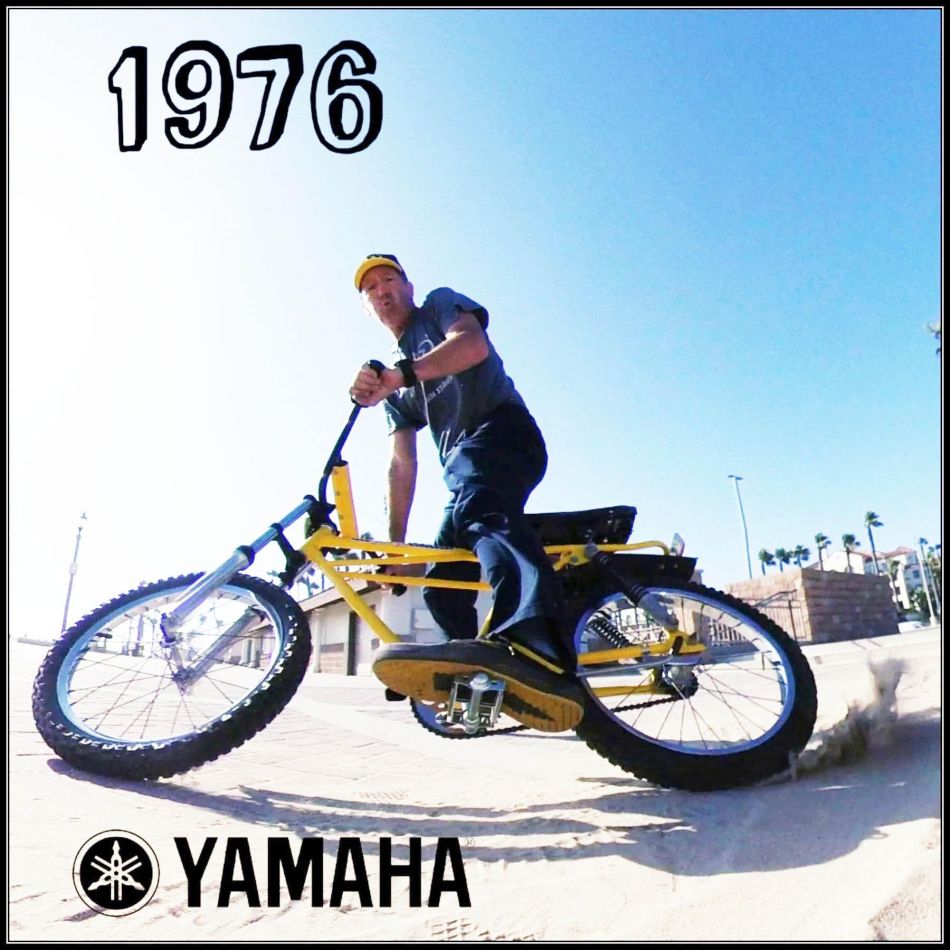 Name: Sean Ewing
Hometown: Costa Mesa, CA, USA.
Started riding BMX in: Early '70s
Number of bikes in the collection: 21 complete at the moment .. .. at one point had close to 40, but now it's mainly SE Racing

You never know when you find something good at a swapmeet. What's the latest score you had while strolling from booth to booth?
Sean Ewing: The bike is a piece of junk, but it has rusty CW handlebars on it.

How much would you offer for the bike at a swapmeet?
Sean Ewing: I have bought a few bikes just for one part.. I got a junkie bike for $40 but it had 1st gen

Skyway bars.. Driving around I saw a metal recycling truck with a bunch of scrap... but I saw a nickle bike in the pile. I chased the guy down.. held $ out the 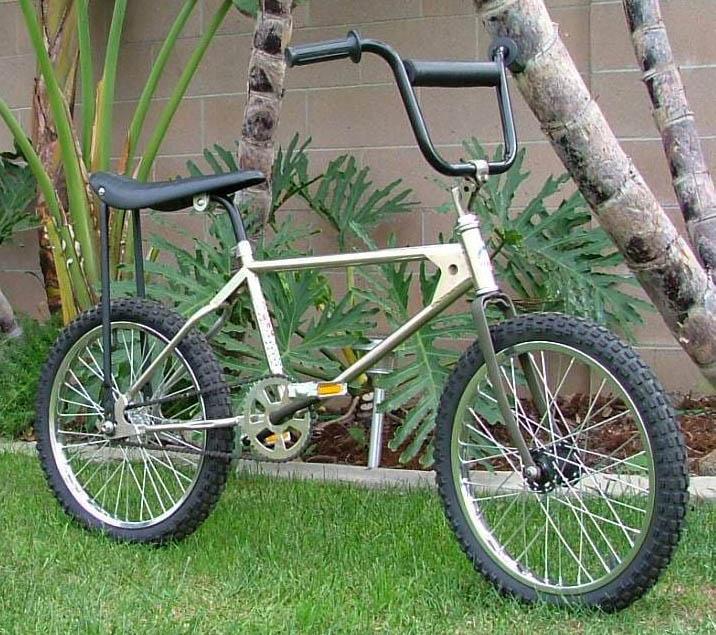 window to get him to pull over.. I think I gave him $25 .. It was a Gurney standard that cleaned up nicely .. I also got an ugly orange and white painted Redline square back from a junk man.. and the nickel was perfect under the paint.

Do you prefer 'doing business' at a bicycle (BMX) swap meet/show?
Sean Ewing: I don't know... I usually end up just hanging out with buddies at the shows lately.

Do you feel that in general, the BMX Collector scene is a group of friends?
Sean Ewing: Yes... and a lot of new collectors from all walks of life now..

When you need certain parts, do you keep searching for it or do you go to people you know who might have that part available?
Sean Ewing: I get the word out to my BMX buds.. I'm not searching ebay like before.. I have guys that seem to know what's out there.

Do you prefer trading over buying? 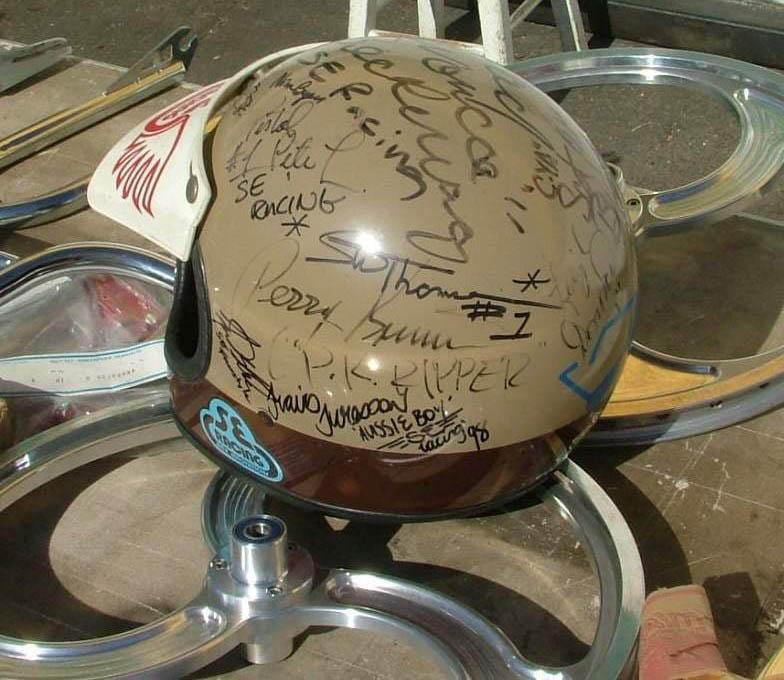 Sean Ewing: If the price is right... but in our local So.Cal. Network of BMX collectors .. We trade/ sale and sometimes a little of both.

Do your neighbours know about your BMX hobby?
Sean Ewing: No.. not really, but I will fix the neighborhood kids bikes..

What's your take on companies reproducing bikes in the oldskool style?
Sean Ewing: It's all good, if they have the trade mark rights, and the part is somehow marked. 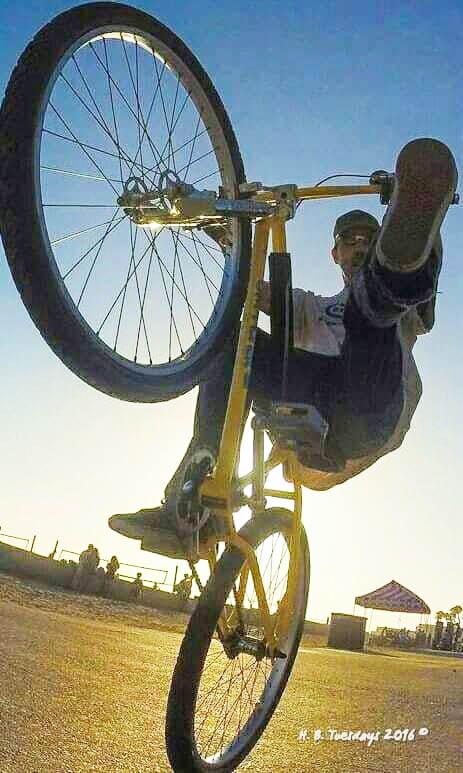 What's one of your oldest BMX products in your collection?
Sean Ewing: Well the one I've had the longest is my gen 2 SE "OM FLYER" I've had since December 1979.. probably still my favorite.. and I have more miles on it than some cars I have owned. and a lot of those miles.. on the rear wheel.

When you started riding what bike was the dream bike for you?
Sean Ewing: '70s Yamaha Moto Bike..'80s SE "Floval Flyer"

Do you have that bike in your collection today?
Sean Ewing: I have a '76 MotoBike. My '82 Floval was stolen. 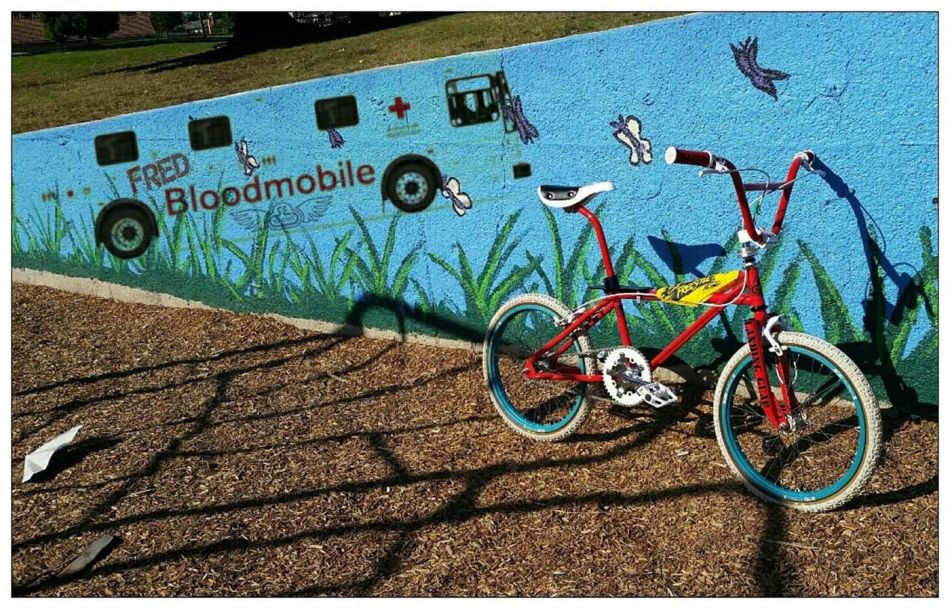 Do you always have room for "one more bike"?
Sean Ewing: Yes. I keep a box of hooks..just in case.

What's a bike part you have been looking for but haven't been able to locate?
Sean Ewing: It's not a part..it's my old Floval Flyer ser# 62620

Where can people reach you when they have that part available? 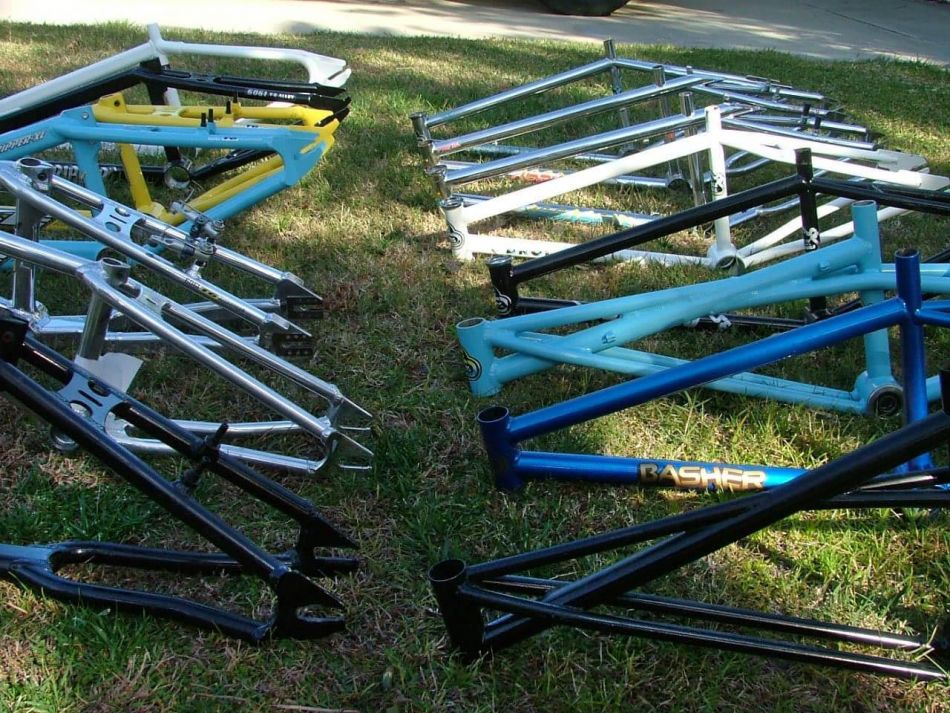 Sean Ewing: FB, or they can message me.. 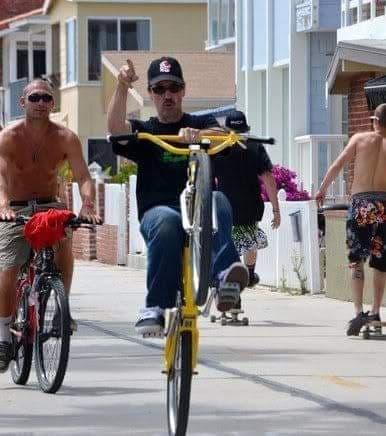 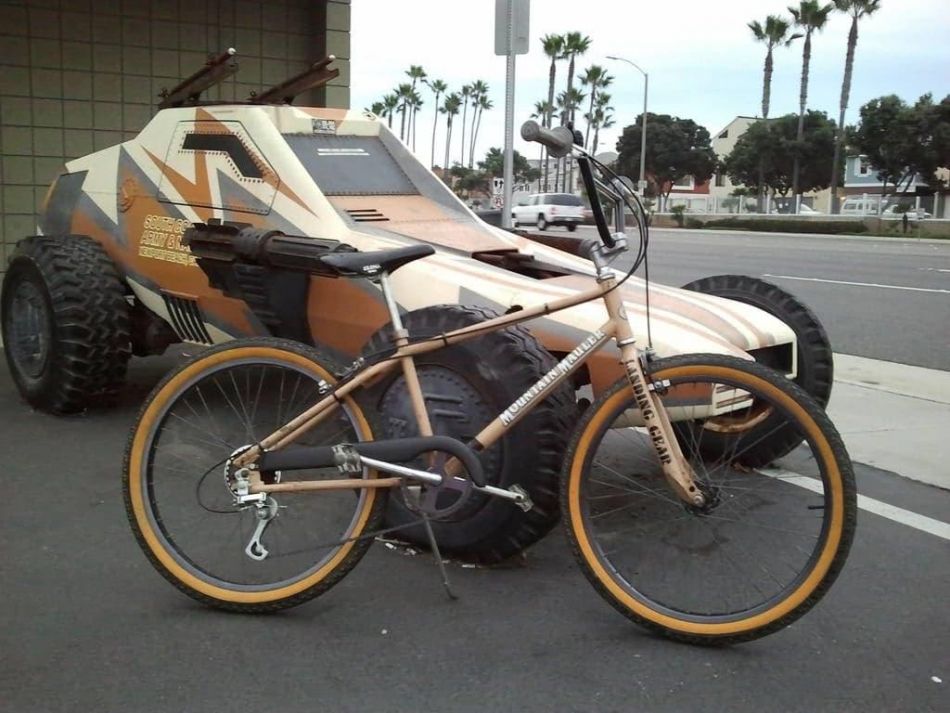 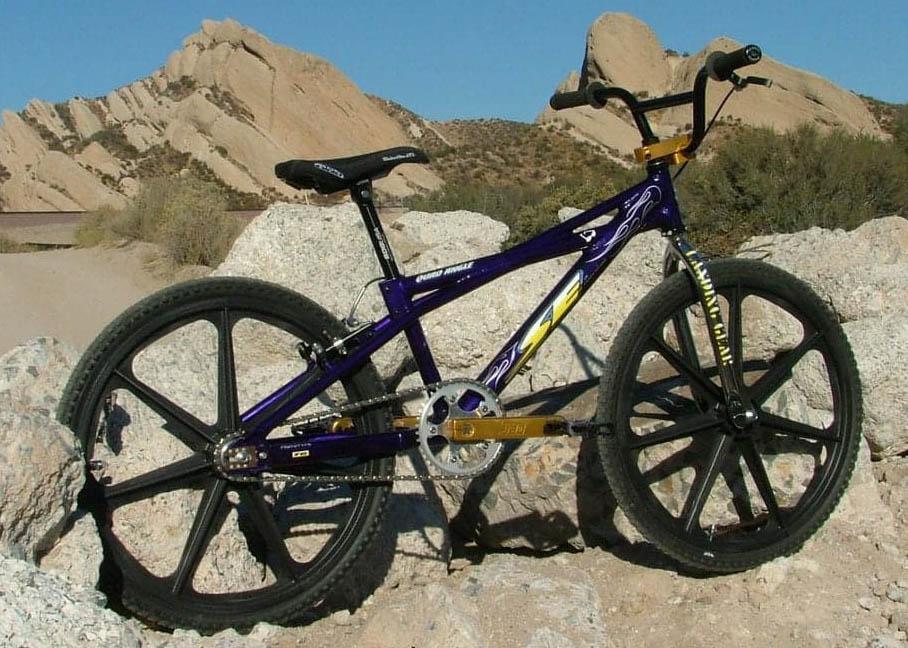 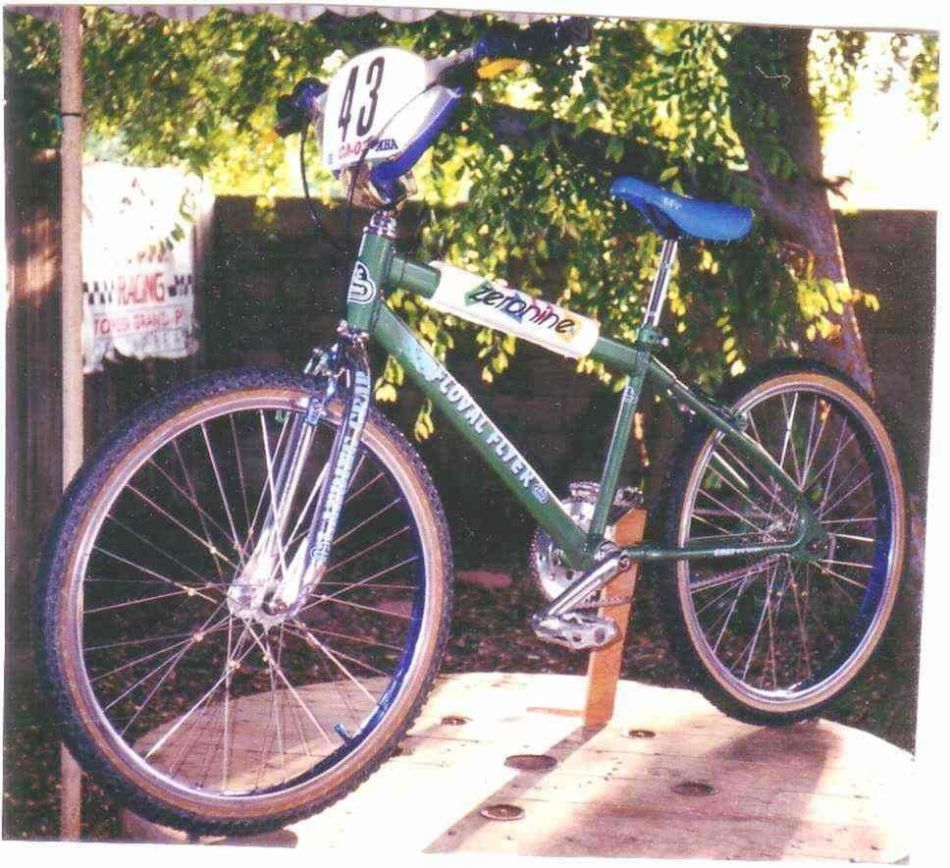 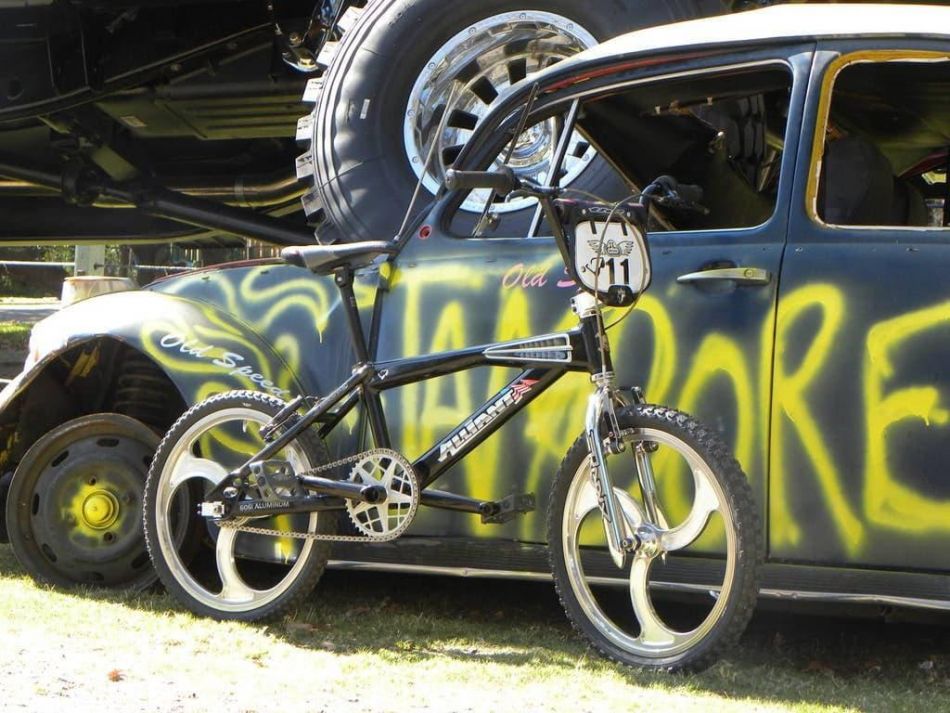