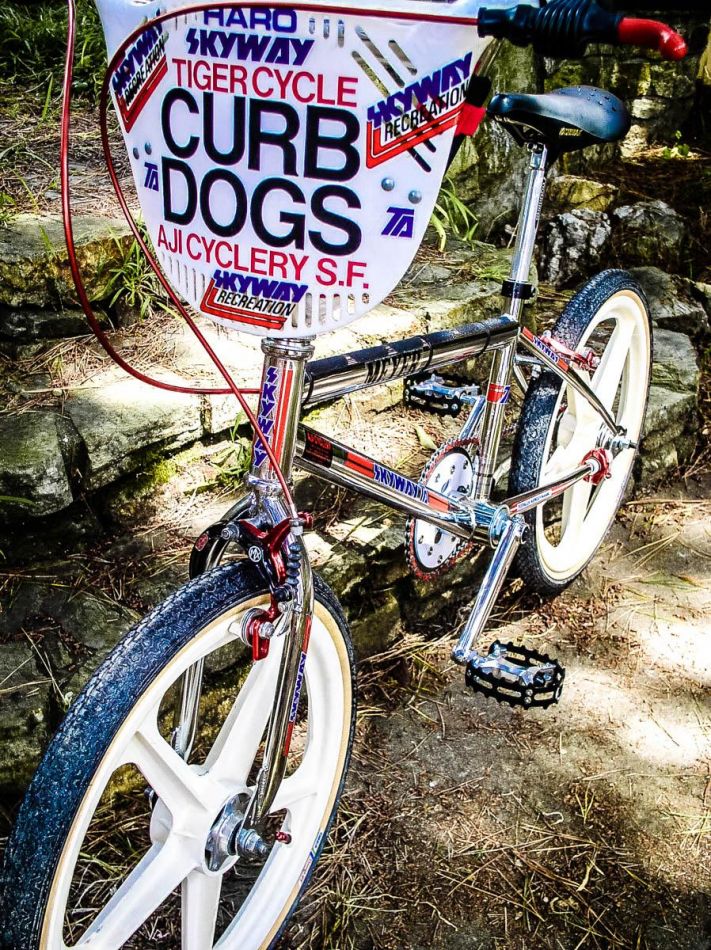 You put together your first 'collector' bikes some 15 years ago. What made you decide to put these three bikes together?
Maurice Meyer: I was seeing a lot of really cool stuff being done on VintageBMX.com so I went back to mom's house and dug in the old shed. Found my first Skyway TA frame and fork in really rough condition all rusty from laying on one side on this damp plywood floor. It was probably the best thing I could find though since it was my the bike I rode on my first tour and in my first contest and also had a rare fork since Skyway welded it up with no rake for freestyle. Robert Peterson got the same in white and I think that's it - two ever made and just this one left. At first I thought I'd just put some used parts on it and make it look as used but the people on VintageBMX started hooking me up with mint parts which meant I had to step up and get the frame repaired and chromed. Doing the really personal stuff like making the number plate and custom stickers got me some heavy flashbacks which was awesome. 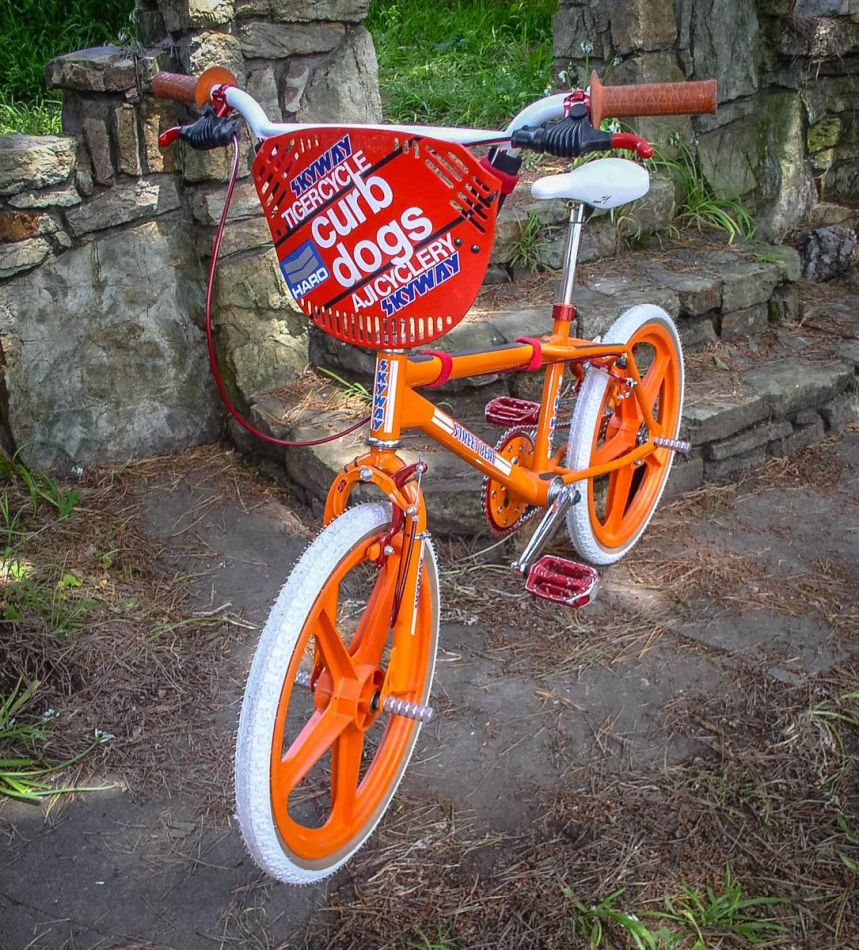 The orange bike was Todd Costantino's idea so at first I sent him some parts and pictures then after he'd gotten most of the really hard stuff done he gave me the bike which was really cool. The gold TA just had to be built with Graphite Tuff wheels.

Being a Skyway team rider, did you get to try out the first pegs, spinmaster and frame platform?
Maurice Meyer: Not as much as you would think. It was more like "here ride this". Ha ha. We weren't much of the R&D people. Skyway kept me on nice completes even after I stopped competing and everything though so we got plenty taken care of on the back end.

Were you asked for feedback or did that Streetbeat frame pop up all of a sudden without you knowing?
Maurice Meyer: Vander was working with them on the Street Beat. The first one I got was a production frame. They really nailed it with that one though. I like that they kept it pretty simple without platforms welded on the forks and rear standers. Then when the 88 model came it it was a little longer and with the two tone chrome and color it was a great bike for the time. 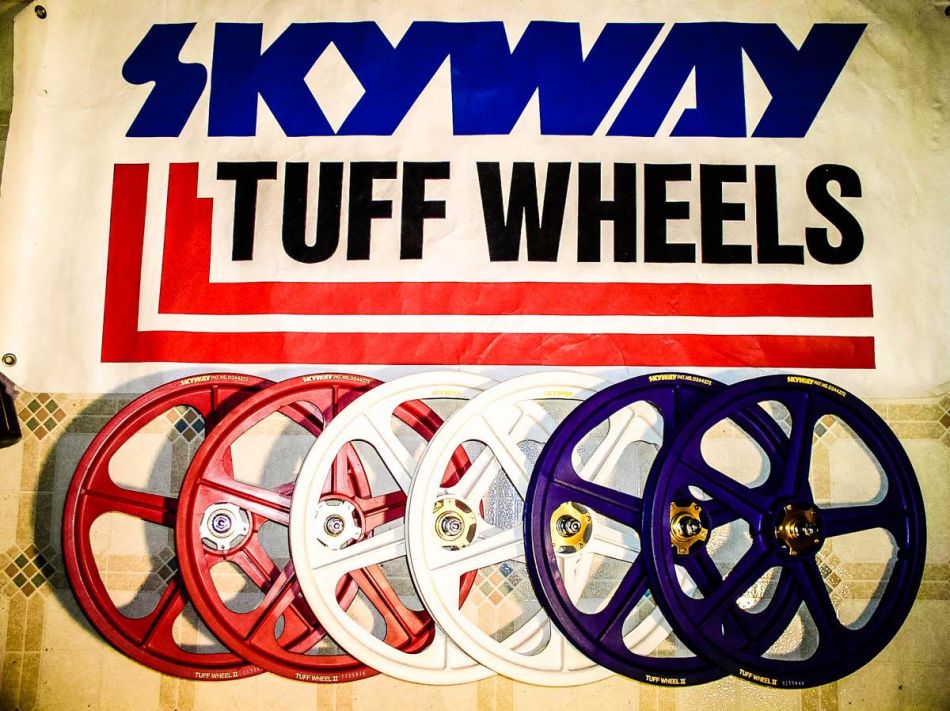 Freestyle products were being developed at a strong rate in the mid-'80s, what were some of the worst inventions that did not last long?
Maurice Meyer: So many... Just extra bars and platforms everywhere. At the time I couldn't figure out those Schwinn Yo toadstool pegs or whatever. The seats with the little hard-on peg that comes out to stop the bars was pretty suggestive and mockable.

Would you care having these products as a memory now?
Maurice Meyer: I didn't really ride them myself so not for me personally but if I were curating a museum of BMX freesytyle they'd be loaded in there to make a point about how progression did wobble a bit along the way. I do have things like Dirt Skirts on my bikes though since I did use them back then. That wasn't really a freestyle thing though. I do like building my bikes as ridden though rather than off the showroom floor. Probably one of the only people not using the stock alan bolts on 401 Flights because we always used hardened hex bolts since you could tighten them tighter. 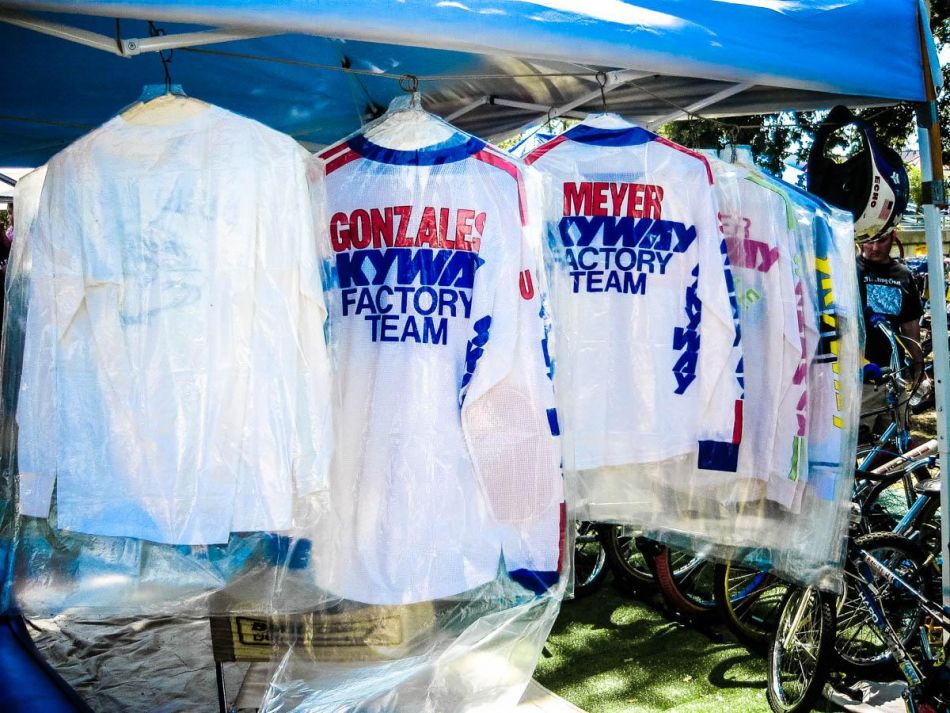 Were photos a great help building up the TA and orange Streetbeat to the exact spec?
Maurice Meyer: Definitely. There were photos that showed the back of my plate where I had this home made Curb Dogs sticker. I still had the original artwork to scan and even the original marker set I used to color it. Also and second "MEYER" sticker that I got from my dad back in the day which he got with some mailbox he ordered from a catalog.

Building up these bikes, who helped with parts that you were looking for?
Maurice Meyer: Everyone on VintageBMX really. I have them credited on the write-ups I did on my websites but really big thanks to Todd Costantino who put together the Orange Street Beat and surprised me with it as a gift. That was beyond cool and that is something I will never let go of. 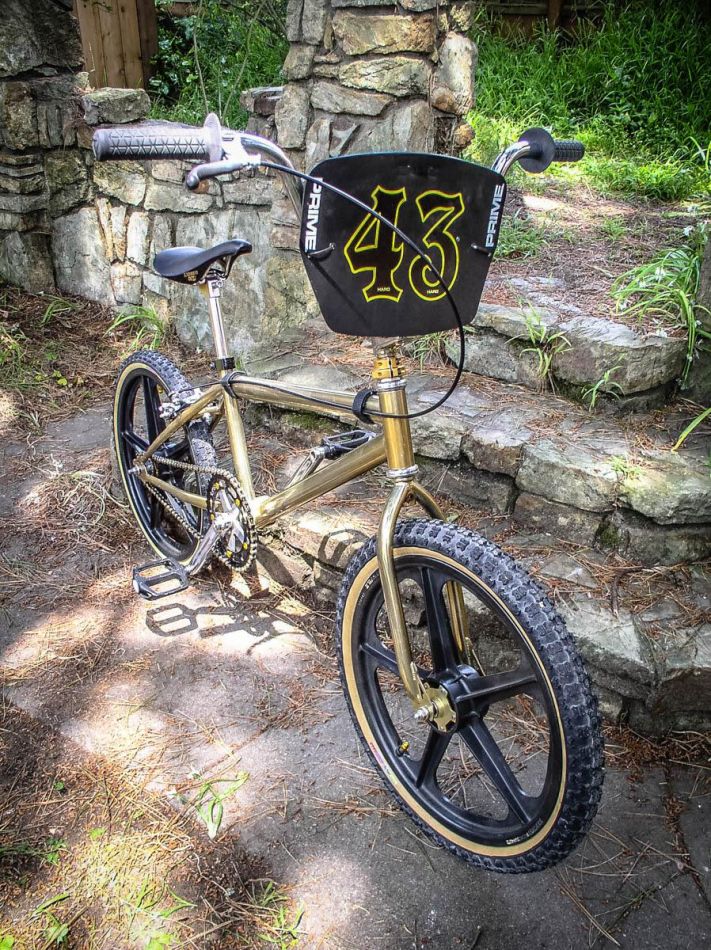 Do you feel there is a need for BMX products to survive for history's sake?
Maurice Meyer: Absolutely. These things tell the story of a pretty awesome part of our culture and should be preserved. There's this whole hater thing like "you should ride all your bikes" which to me is like "I don't need to risk breaking my teeth on a 1970's era bike when I have a stout modern rider that's not rare and is not going to snap like a twig." Maybe they don't remember things like G-Boys that were around in the 70's and snapped riding to 7-11 for a Slurpee.

What's one of the coolest BMX products in your collection next to these three Skyway bikes?
Maurice Meyer: Hard to say: Prototype Gold TA maybe. I have some custom made Campy hubbed colored Tuffs, a Kevin Jones owned coaster brake Graphite Tuff (Thanks Brett Downs) and some Mongoose stamped Tuffs. Maybe the Robert Peterson made Beach Park Product bar extender though. That's got to be a rare one. No, wait: I have a pair of Skyway glasses. That's the most awesome BMX product I have by far. 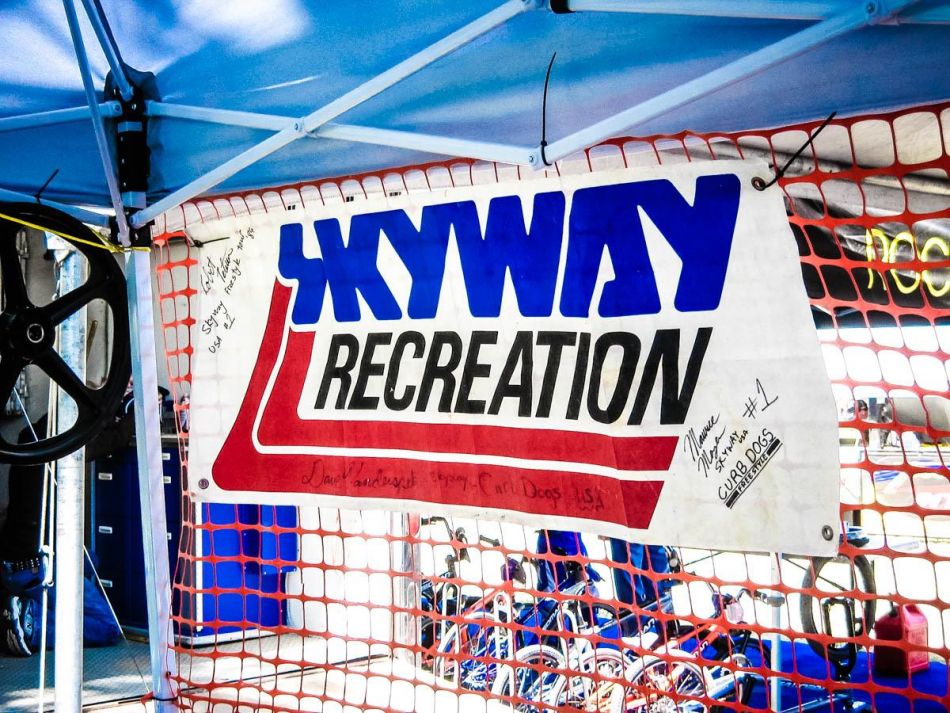 Did you save any of your factory Skyway gear?
Maurice Meyer: I saved all my jerseys and T-shirts and some in the package gear I designed in 1988. I didn't save any race pants or helmets. Wish I had.

Do you attend BMX collector shows from time to time?
Maurice Meyer: I do. Wish there were more of them. I've gone to a few in the LA area, a couple in the Philly aream, a couple in Florida and the MK show in the UK twice. There's some great stuff out there and always something that gives a real flashback. Great bunch of people at the shows too.

Do you share your BMX knowledge (online) with people who are asking?
Maurice Meyer: Sure. If I can answer a question I'm happy to. It's funny though because people out there really know their stuff so it's not like just being a Skyway rider makes me someone who knows everything. In fact: I just learned the reason Skyway was named Skyway - because they were originally setup near the Van Nuys Skyway airport. Always learning.

Do you have a man-cave where your bikes are displayed?
Maurice Meyer: Not sure my garage is qualified as a man-cave. It's more like a workshop with loads of crap and the bikes aren't really displayed well. I may bring a couple up and hang them in the house though. My girlfriend supports it which is key.

At swap meets or yard sales, are you always looking to see if there is some interesting BMX stuff in there?
Maurice Meyer: Definitely. I scooped up an original pink girls Schwinn Stingray as it was being set out free on the street. All it needed was a shine. My daughter loved it.

Maurice Meyer: Maybe a pair of original gray coaster Tuffs. That would be sweet.

Where can people reach you when they have that part available?
Maurice Meyer: This email address is being protected from spambots. You need JavaScript enabled to view it.

Thanks to: All the awesome people in BMX that make it what it is.

More in this category: « Preserving BMX History. Episode 82: Arthur Kourtis (AUS) The Custom Vans X The Birth of the BMX Freestyle Movement Wafflecups »
back to top