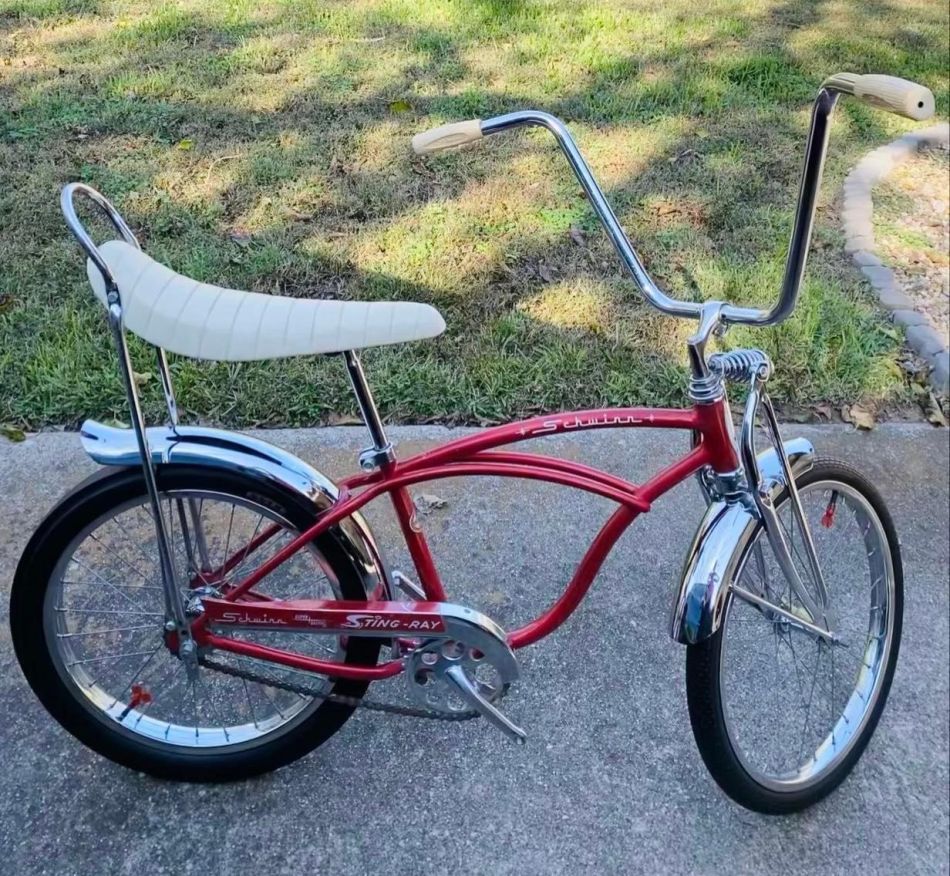 Name: Kurt Stark
Hometown: Born in Hemet, USA. Currently in Colleyville, Texas
Have you ever raced BMX, if yes, when did you start: I started racing in 1995/1996
Number of bikes in the collection: 12 bikes total

You've been a Schwinn Stingray collector for the past years. What made you switch to actual BMX bikes?
Kurt Stark: I still collect Schwinn Stingrays but I have drastically switched over to BMX because there is a lot of new stuff to learn as well as to collect.

Are you interested in the story behind the bikes that you have in your possession?
Kurt Stark: I am. It is always a treat when you find a original owner bike because you get to hear

all the stories they had with the bike. With ebay bikes or buying bikes from collectors, most of the time there will be no story with the bike. 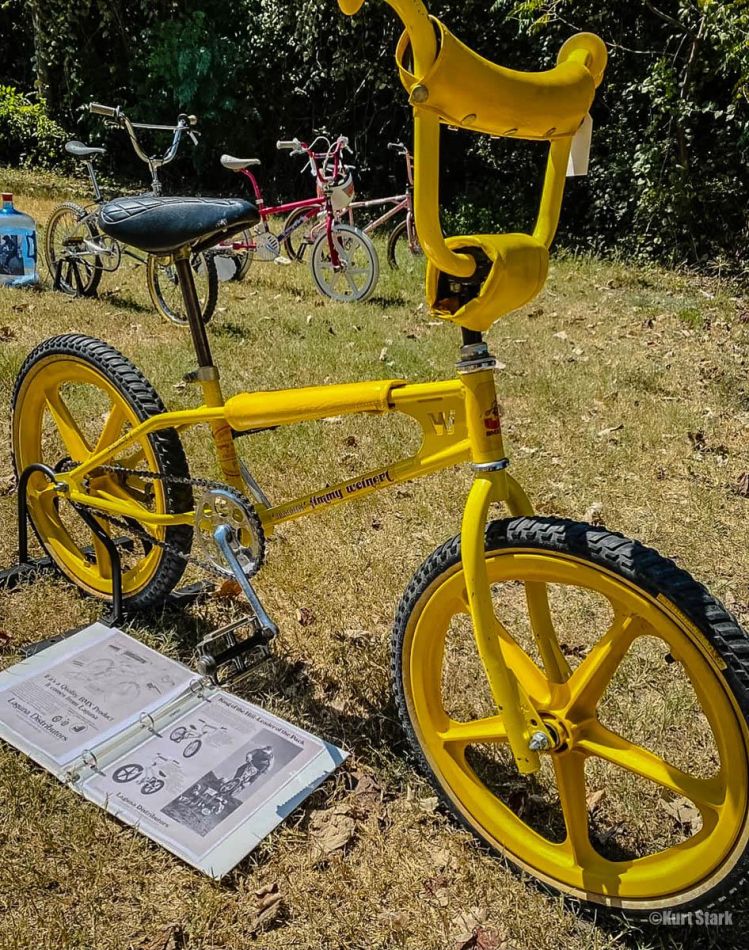 What's the big difference between working on Stingrays and working on BMX bikes for you?
Kurt Stark: There is not much of a difference, except finding parts for Stingrays can be tricky and costly. With BMX bikes, since a lot of the higher end bikes were sold as frames or frameset, you could easily use any correct time period part to complete a BMX project.

Over the past 25 years of collecting Stingrays, have you noticed that these bikes are a strong part of the history of BMX?
Kurt Stark: Yes Schwinn Stingrays or any vintage muscle bikes were the starting point for BMX.

Your bikes look mint. Is that the goal of each build you do?
Kurt Stark: For Schwinn Stingrays I personally love all originals. Down to the dated tires and tubes. For me high end original Stingrays are a great way to invest in. So as for goals with each bike, I try to do them as correctly especially Stingrays because otherwise they will not be correct. With BMX bikes, since I’ve only been collecting for about a year and half, I have learned as well as had help from multiple BMX collectors what to look for and what to invest in.

Do you feel that you had to race, or be part of BMX, to better understand how bikes should look like?
Kurt Stark: For me even though I raced in the mid '90s I personally don’t really care for those types of BMX bikes. Since I’m a Stingray collector and understand what to look for when it comes to certain years. Now that I’m changing over to early BMX bikes it is fascinating to see how it evolved from muscle bikes to BMX and for that I appericate the hobby more. 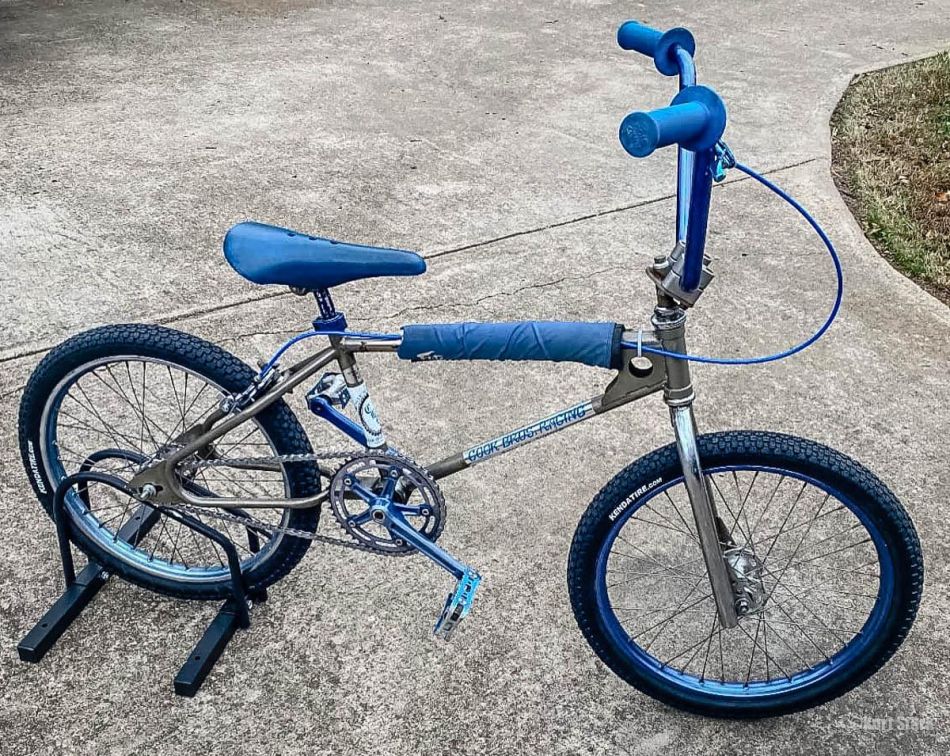 Where did you find the yellow Jimmy Weinert?
Kurt Stark: I actually found that bike online. The gentleman I got it from was a motorcross collector and he got that bike from one of his friends. I was lucky enough to purchase that bike and be able to own a piece of history.

How did you come across the Cook Bros bike?
Kurt Stark: So the Cook Bros was posted on the Cook pages and I’ve kept in contact with the original owners who got the bike in Dallas, Texas and raced it for many years. After about a half of a year of talking to them, we both came to an agreement and I was able to purchase the bike.

Do you buy and sell, trade, fix and sell, or what's your way of participation in the BMX collecting world?
Kurt Stark: I pretty much do whatever it takes to be in the hobby. Whether it’s buying and selling to help fund the hobby or gathering as much information as I can. With this hobby it is fun physically having these bikes but knowledge costs a lot less and with that I try to understand it the best I can. 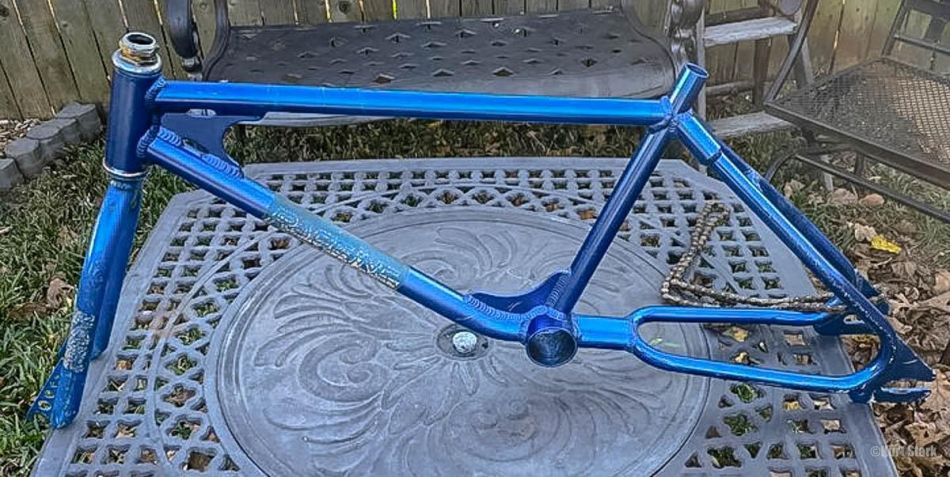 Have you sold the Race Inc Frame/Fork set already? Any regrets?
Kurt Stark: I’ve had multiple Race Inc frames. They are one of the best built BMX bikes, but sometimes we have to sacrifice some bikes to get others that we want more. 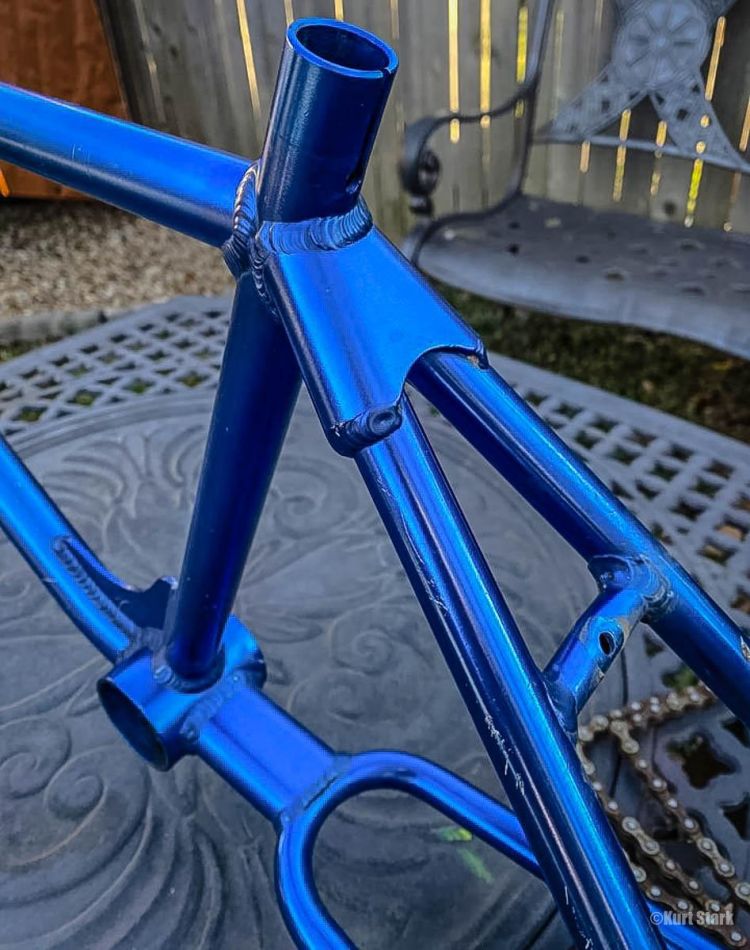 When your favorite BMX era is '75-'77, where do you even start looking?
Kurt Stark: What I look for Is originality. During that time period there was only a few manufactures making parts so they were very limited, but over the years BMX owners would upgrade their bikes so things get changed. So for me I try to use correct time period parts. Finding these parts can be very challenging because a lot of the time collectors don’t want to let go of theirs because they know. How hard it is to find them.

Do you have any interest in BMX Freestyle bikes/products?
Kurt Stark: I don’t have a huge interest in those type of bikes but I do appreciate the role that they take in the BMX world.

What products are a great help when you find an old rusty historical piece of shit bike that needs to shine again?
Kurt Stark: For me sometimes I try not to do to much cleaning. I love the 'as found' look. I might give them a quick wash but that’s about it.

Do you take your bikes out for a cruise from time to time?
Kurt Stark: Not as often as I would want to. I have a 1981 Kos kruiser that I would take out because it’s a lot easier to ride. 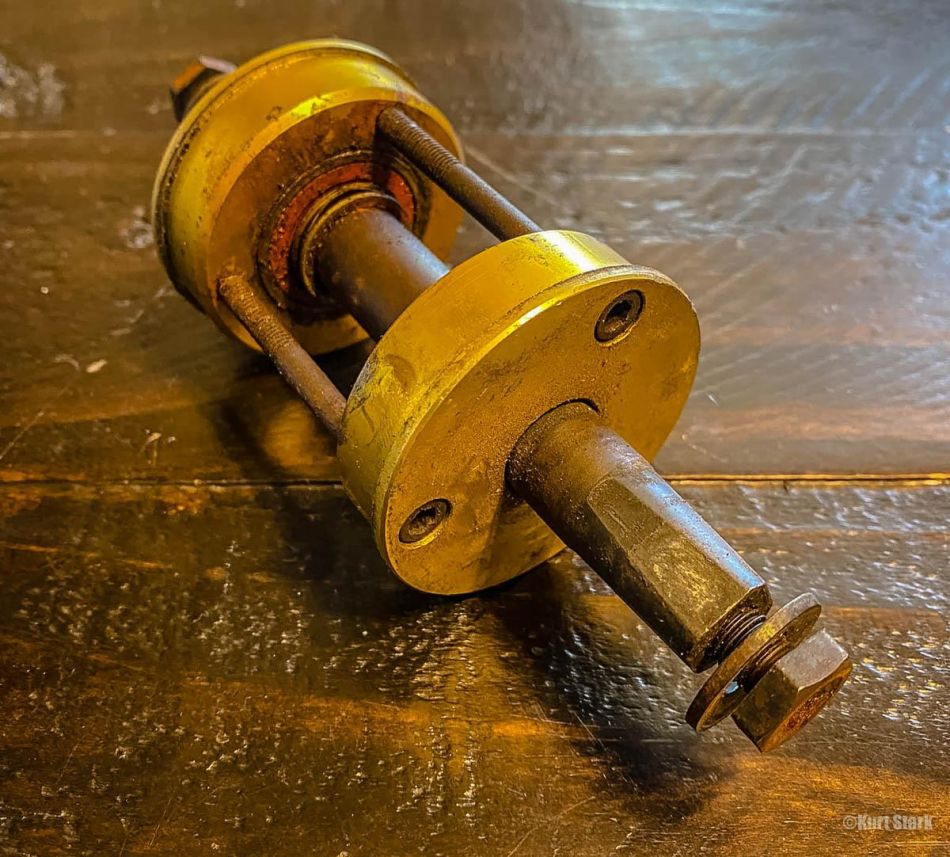 What are the Bike Shows that you must attend?
Kurt Stark: I don’t attend to bike shows that often. I'd like to though.

Do you believe the BMX collector world is helpful?
Kurt Stark: Yes absolutely, I like to surround myself with knowledgeable collectors.

What's a bike (part) you have been looking for but haven't been able to locate?
Kurt Stark: I have a friend that has an uncle with a Little John Murphy that I would love to have one day. As for parts, I pretty much found what I’ve been looking for.

Where can people reach you when they have that part available?
Kurt Stark: Facebook and cell phone is usually the best place to contact me. 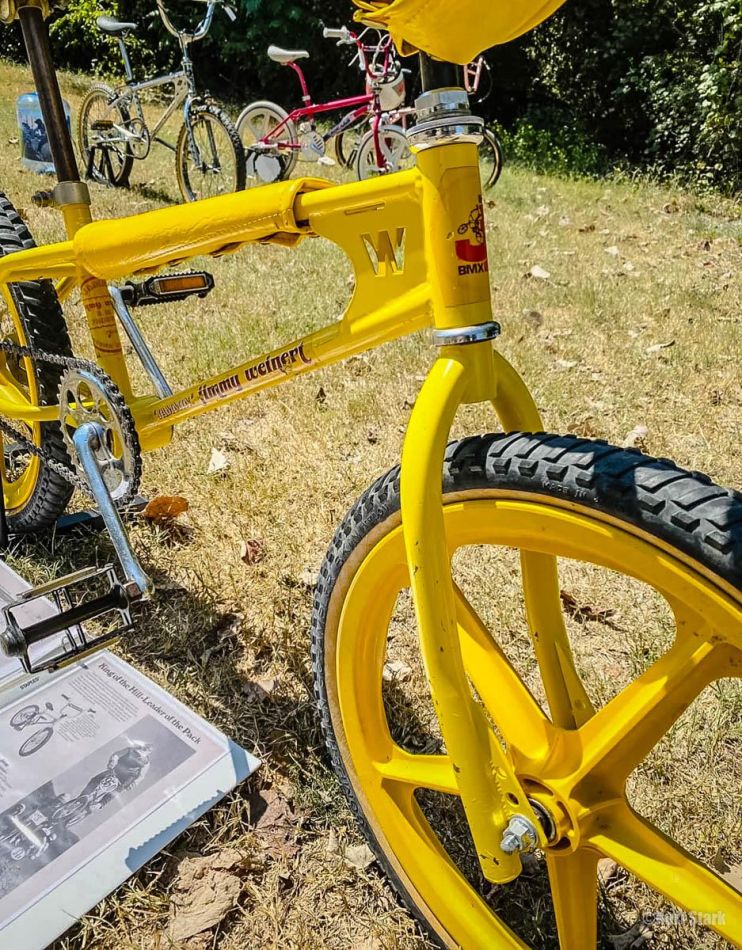 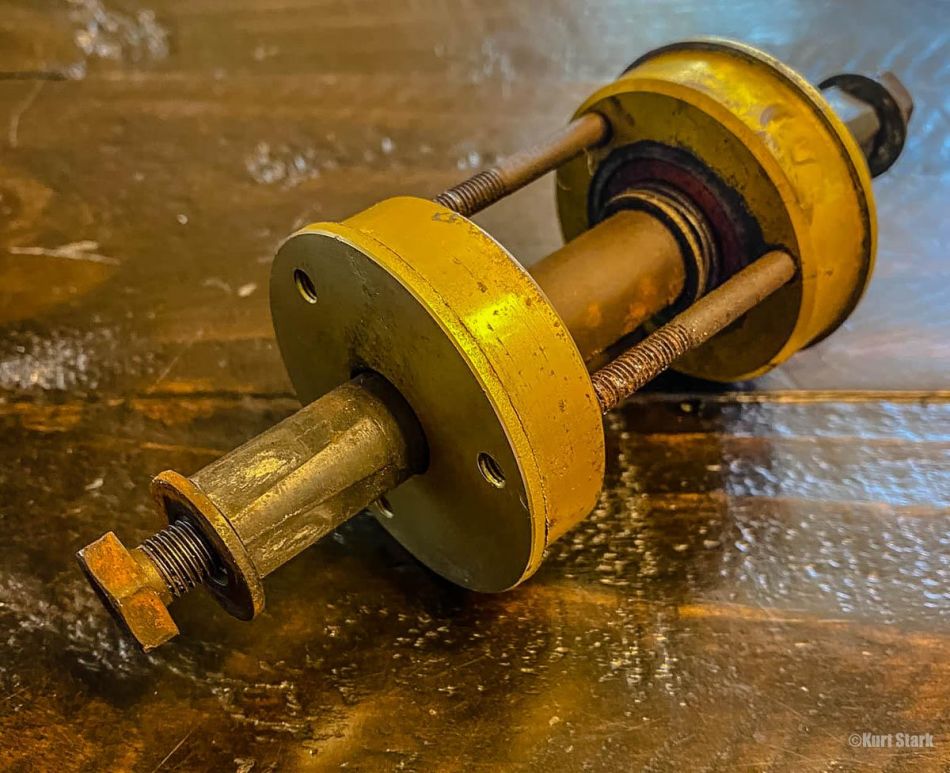 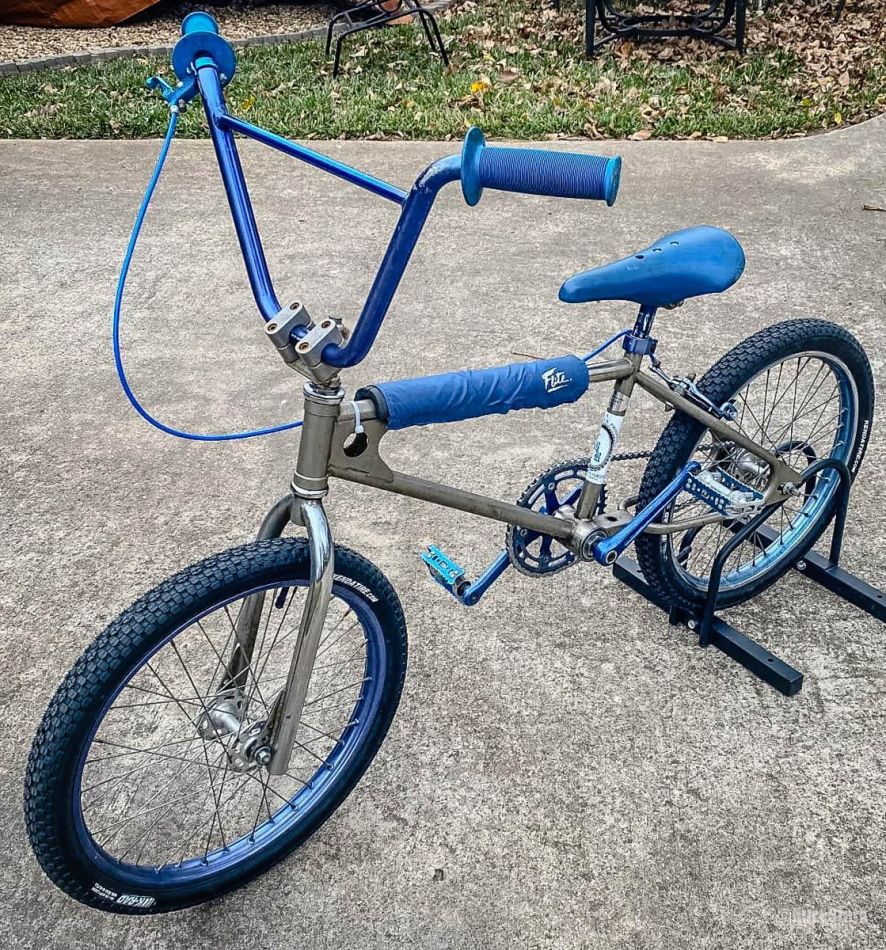 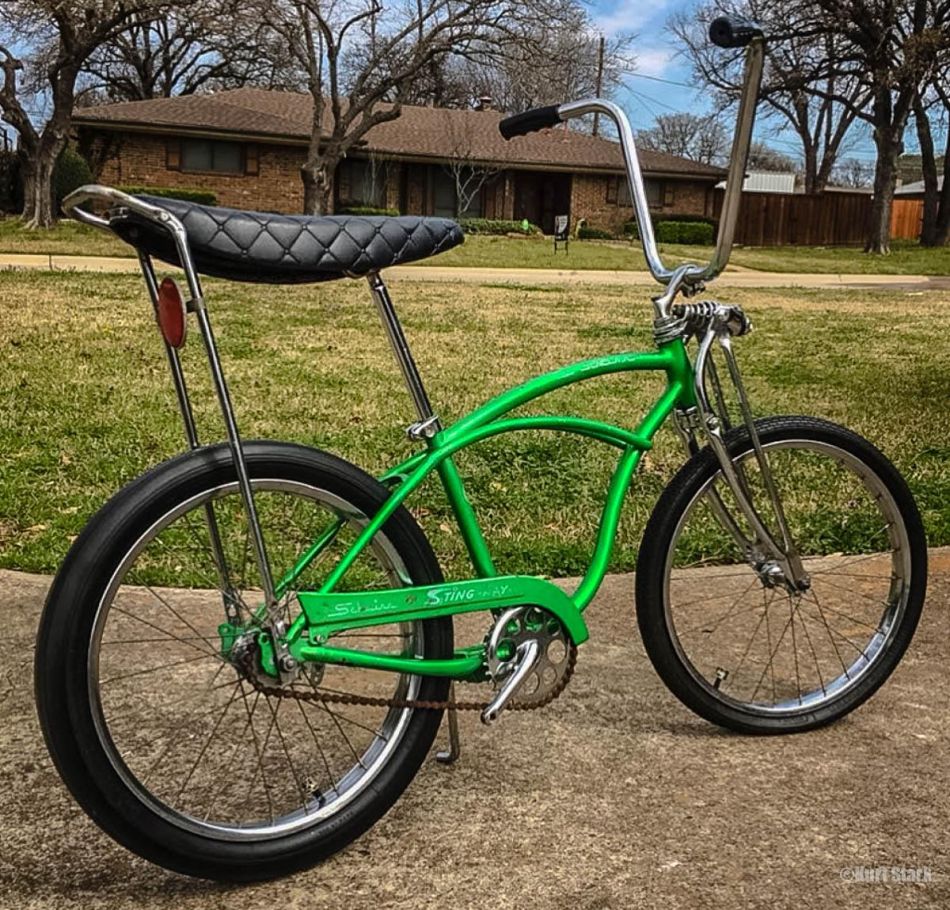 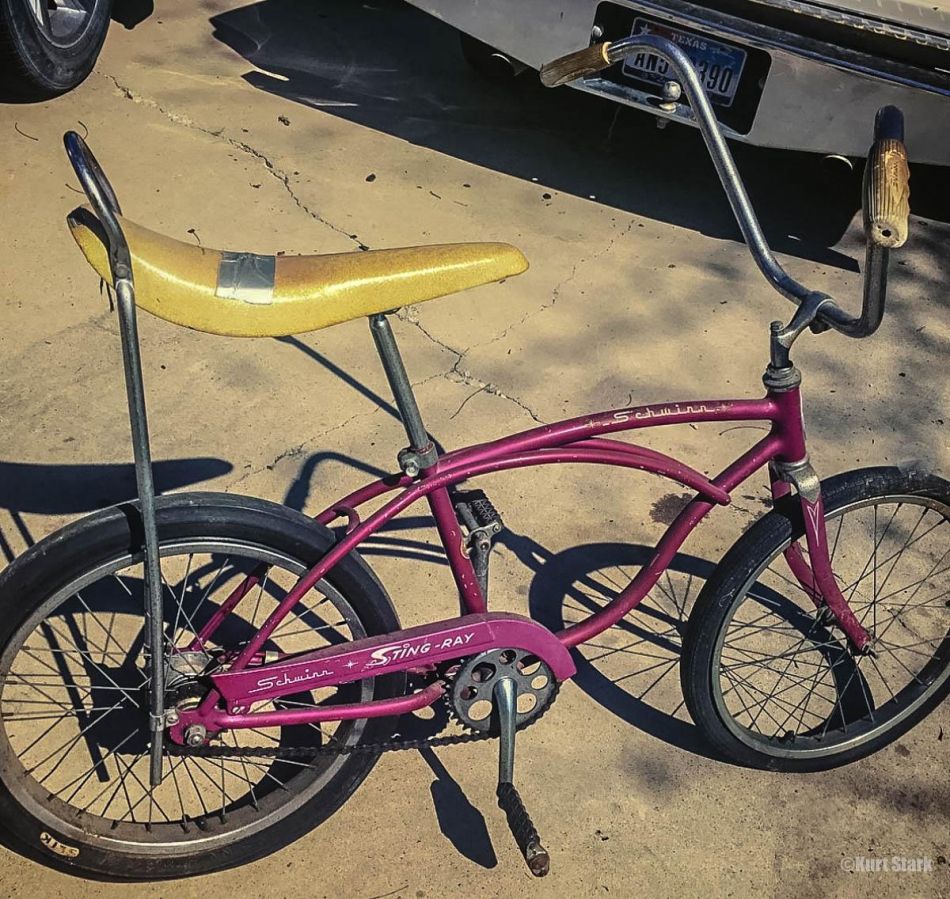 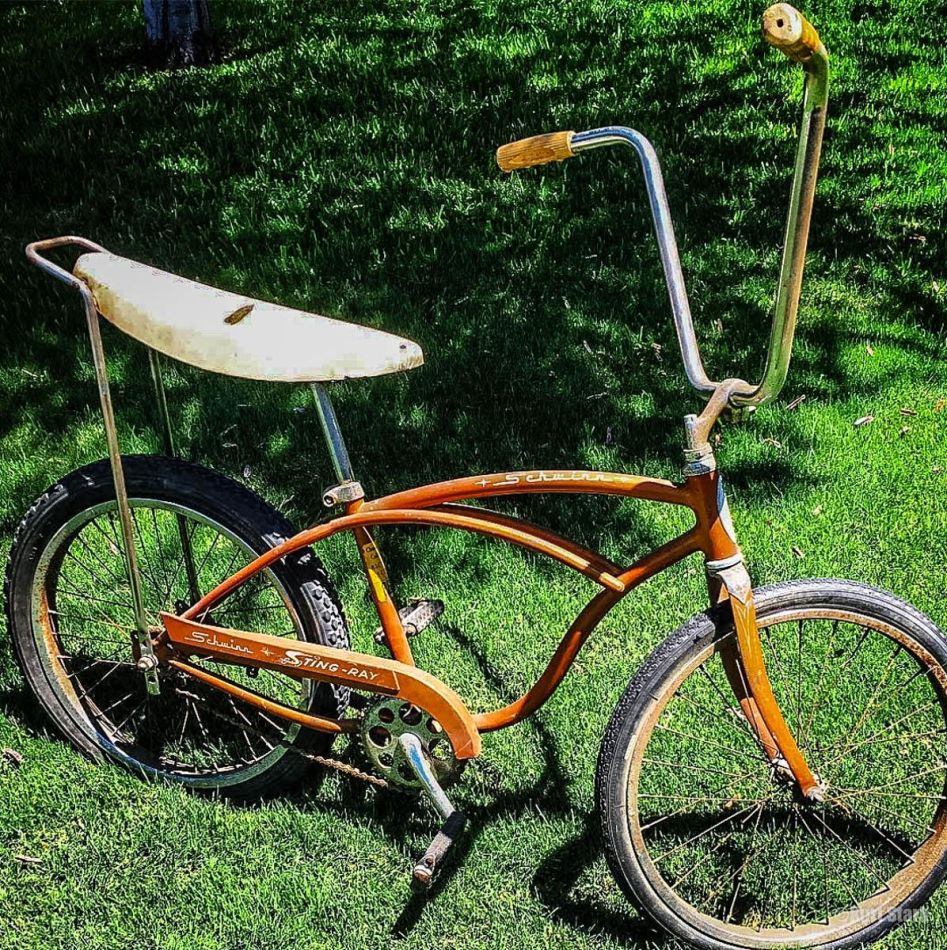