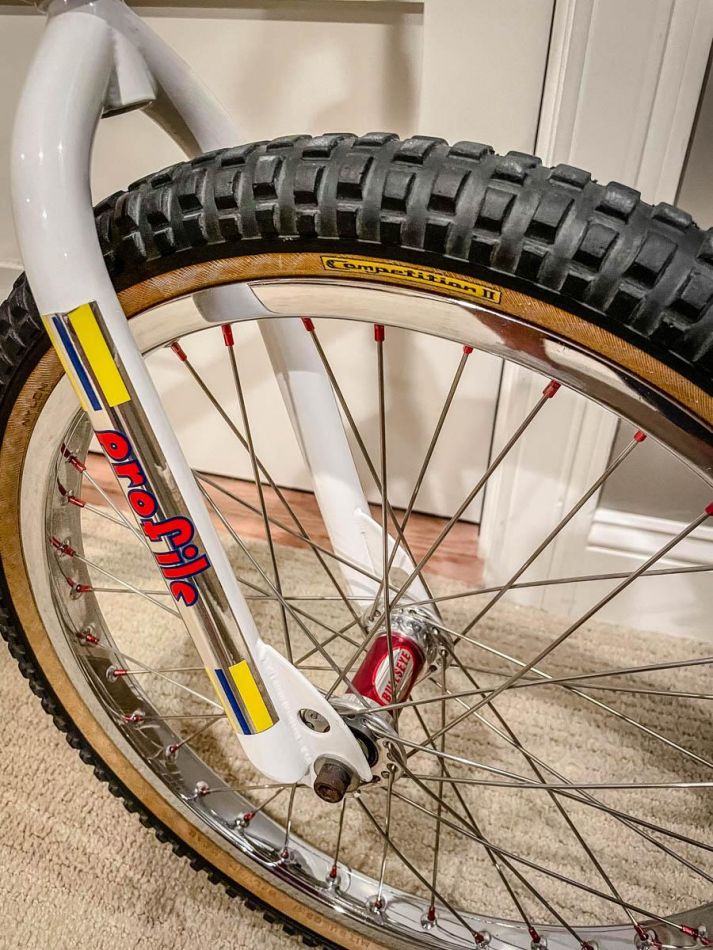 Do you remember the moment that you decided to start collecting BMX memorabilia?
Brett Jackson: Yes, absolutely. I’m still green in the BMX collecting hobby. About 2 1/2 years ago I was looking for bikes for my twins. One wanted a BMX, one a mountain bike. While searching for a good quality bmx, all of the old feelings of riding came flooding back. I ended up buying my son a 2016 Redline and myself a 1998(?) GT. I quickly learned the difference between old school, mid school, etc.  I became determined to build a few old BMX bikes for my kids to ride. I found a couple great local guys into the hobby that turned me onto great Facebook groups. I was hooked.

What kind of bikes do you focus on?
Brett Jackson: I focus on bikes from late '70-s to mid '80-s. I do not like to go beyond 1985. (I have one or two beyond '85). I love both race and freestyle. I started collecting freestyle, and fell in love with so many race bikes. 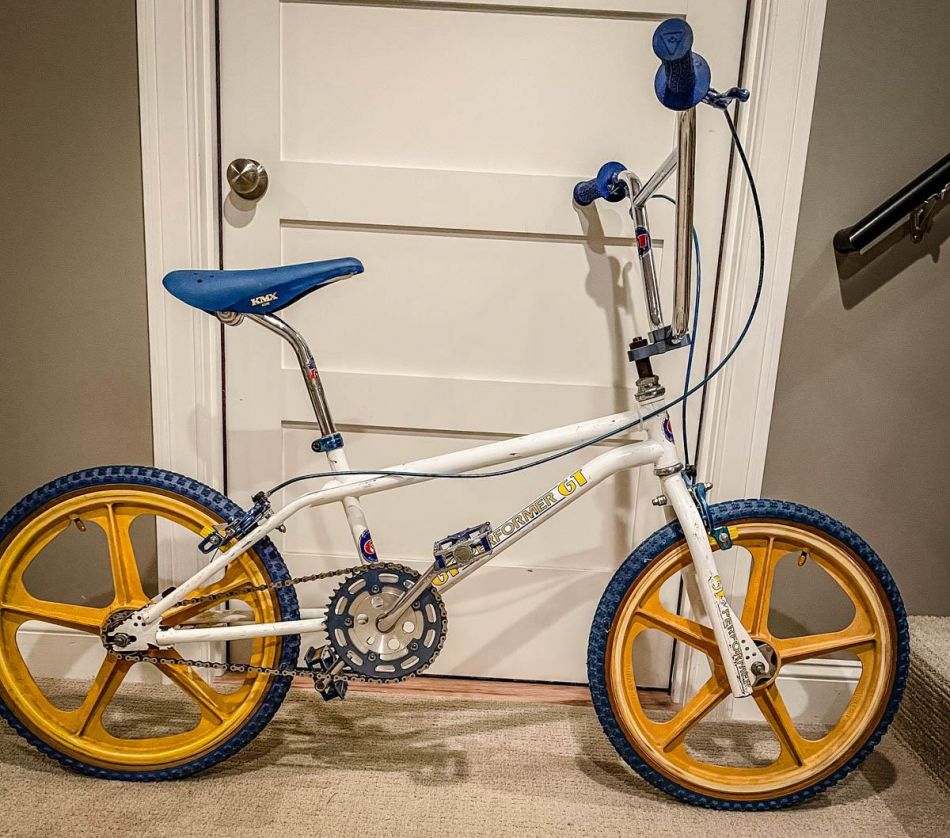 Are you reliving your early years of BMX by collecting these bikes?
Brett Jackson: It certainly started out as me reliving my early years of BMX. I desperately wanted a 1984 GT Pro Performer at the age of 12. I could not afford it then. It was one of the earlier bikes I found and collected. It morphed into loving the history and collecting era correct builds.

Do you have a favourite BMX brand?
Brett Jackson: I don’t have a “favorite”, but respect the hell out of Profile. Their quality was always top notch. Torker has a place in my heart too. Their crossover from race to freestyle is something I really love. 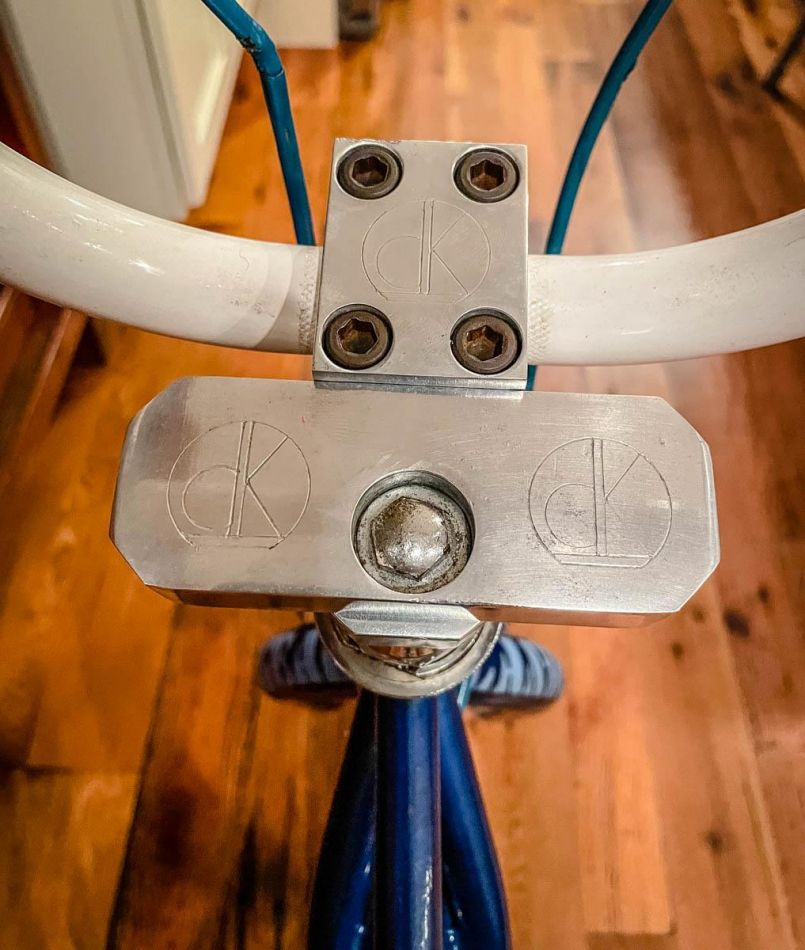 What parts do you have in your collection that made a freestyle bike out of a BMX Race bike in the early years?
Brett Jackson: I feel like we all made our race bikes into freestyle bikes. I had an '82 GT Pro that I rode quarter pipes with. As far as something in my collection it would have to be my DK stem freestyle platform on my '83 Quad.

Do you have a favourite BMX/Freestyle rider from the early '80-s?
Brett Jackson: My favorite rider was Eddie Fiola.

At this moment, do you wish you had started collecting earlier?
Brett Jackson: I absolutely, one hundred percent wish I started earlier. I wish I held onto my bike from the '80-s as well.

Do you feel there is a need for BMX products to survive for history's sake?
Brett Jackson: Yes. I think there is so much history to be told through the products we used and loved. Like I stated before, I try to build only era correct. I think if we are trying to preserve these to pass along, they should be as correct as possible. 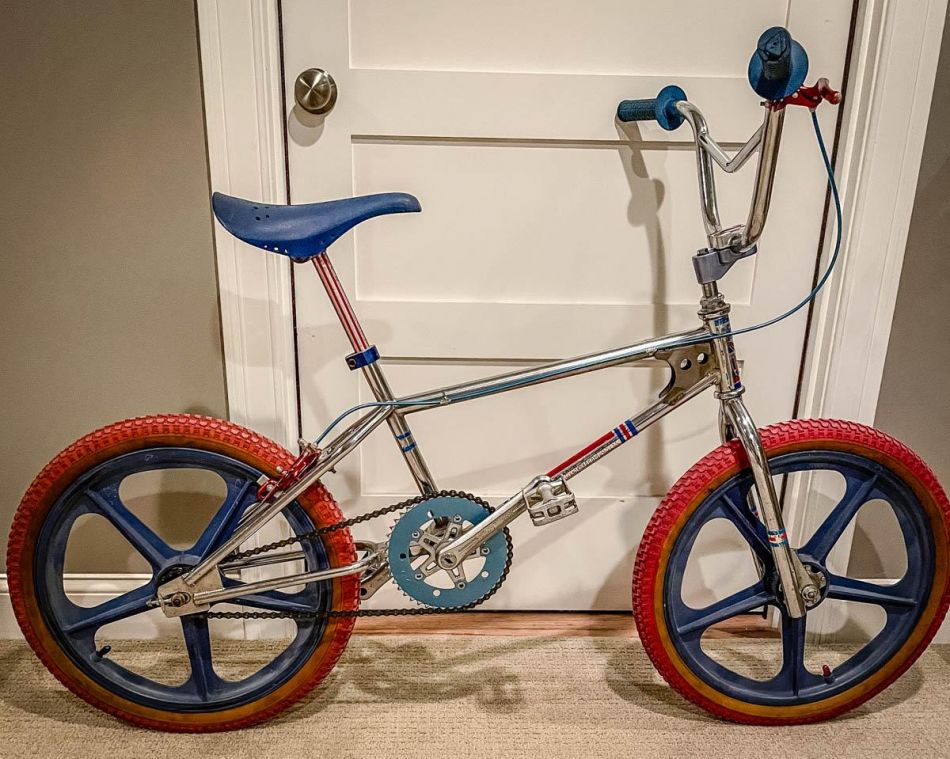 What's one of your oldest BMX products in your collection?
Brett Jackson: My oldest products are my '78/'79 Race Inc, '79 DG.

Name three BMX collectors that you respect?
Brett Jackson: Only three I respect?? Wow. That’s a tough one.
1) Donnie Platt. The guy has a respectable level of knowledge.
2) Jeff Haney. Do I need to explain why? The guy was so ahead of his time.
3) Grant Wood. Crazy amount of gear. So much NOS. Have to have respect for that.

Do you have decent mechanical skills? 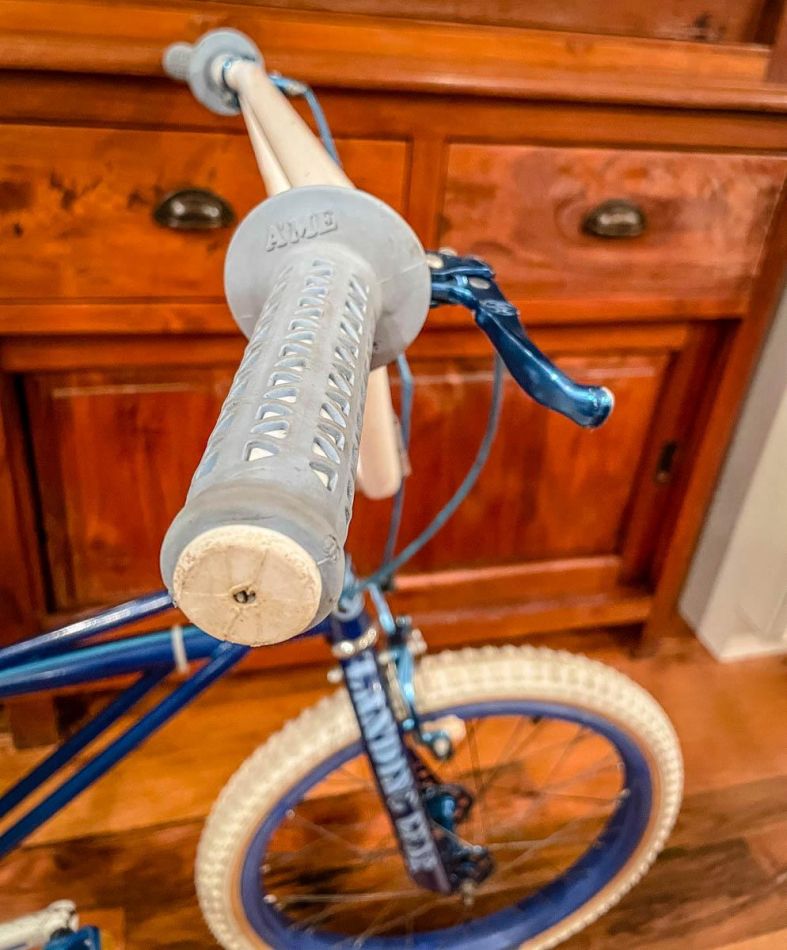 Brett Jackson: I grew up on a farm. We fixed everything we owned. So yes, I have decent mechanical skills. I do not ever want for help. If I do not know how to fix it, I might ask for a pointer, but I always want to figure it out. This is one of the things I love about collecting. Finding that original owner bike, getting it home, breaking it down, shining it up, new grease. It is my happy time. Takes me away.

What products are a great help when you find an old rusty historical piece of shit bike that needs to shine again?
Brett Jackson: That Rust-Oleum rust remover spray/gel. Stuff works crazy good. Then a nice chrome polish.

How often do you look on eBay/Craigslist/BMX Museum to shop for old BMX stuff?
Brett Jackson: I used to look on each and everyone every single day. I would take an hour to comb through stuff. I have curbed that back. I only check every so often. I miss out on a lot of deals. More will pop up. 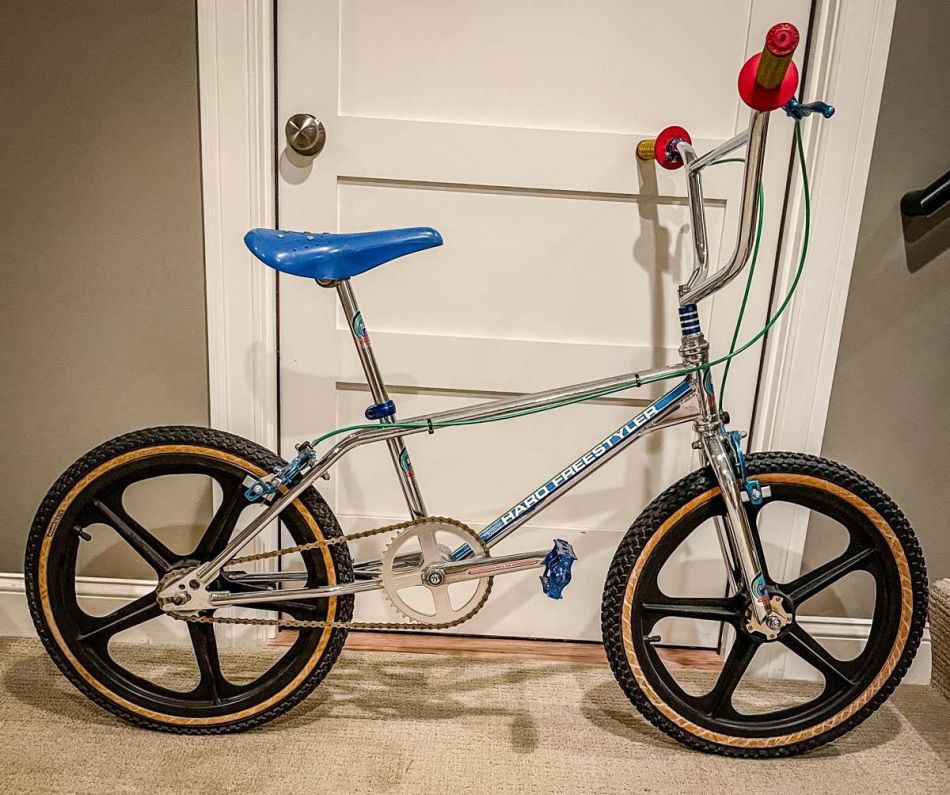 What's the most ridiculous amount you have paid for a bike part that you needed to own?
Brett Jackson: Wait, will my wife see this? I don’t go crazy on parts. I’ve stayed under $500. I bought a complete for $5,000. That was the most I spent.

Do you have a man-cave where your bikes are displayed?
Brett Jackson: I do not have a man cave. I have the unfinished basement section of my house. It’s all mine and I love it. It’s dirty and greasy. I have a nice display area where I keep my built bikes.

Do you always have room for "one more bike"?
Brett Jackson: I will always have space for one more. There is never enough and I learn something new every day. 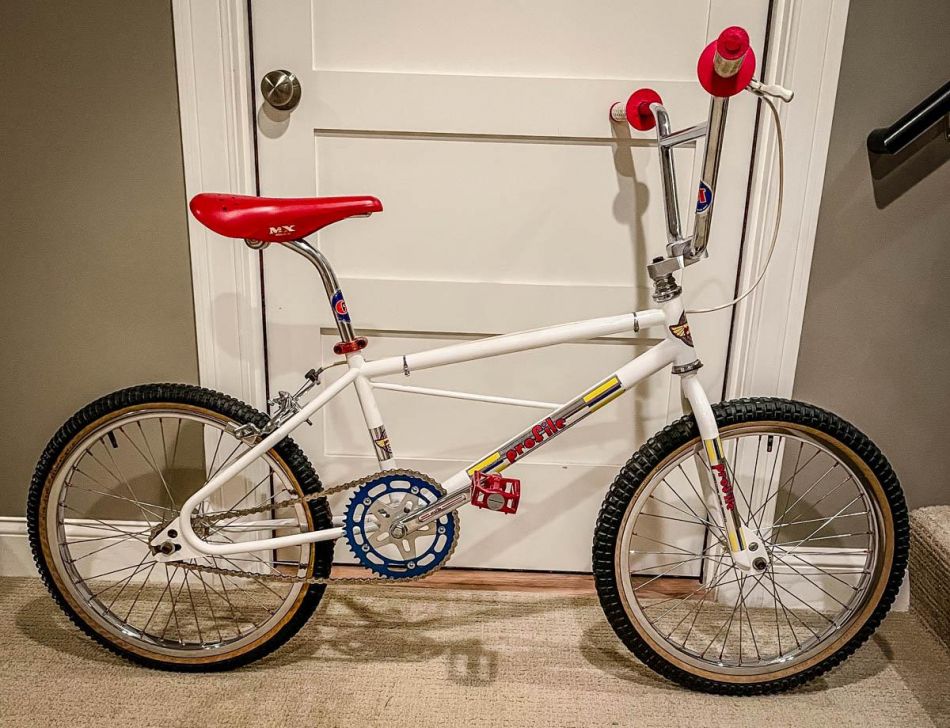 Where can people reach you when they have that part available?
Brett Jackson: Reach me on my cell (text) for those Profile products. 508-259-6520.

Thanks to: My thanks(?) those go to Grant Wood, Keith Husted, Vin Bianco, Gus Poulos, Lionel Lopez, and others. For the most part, the BMX community is an awesome bunch of guys. You get treated how you treat people. 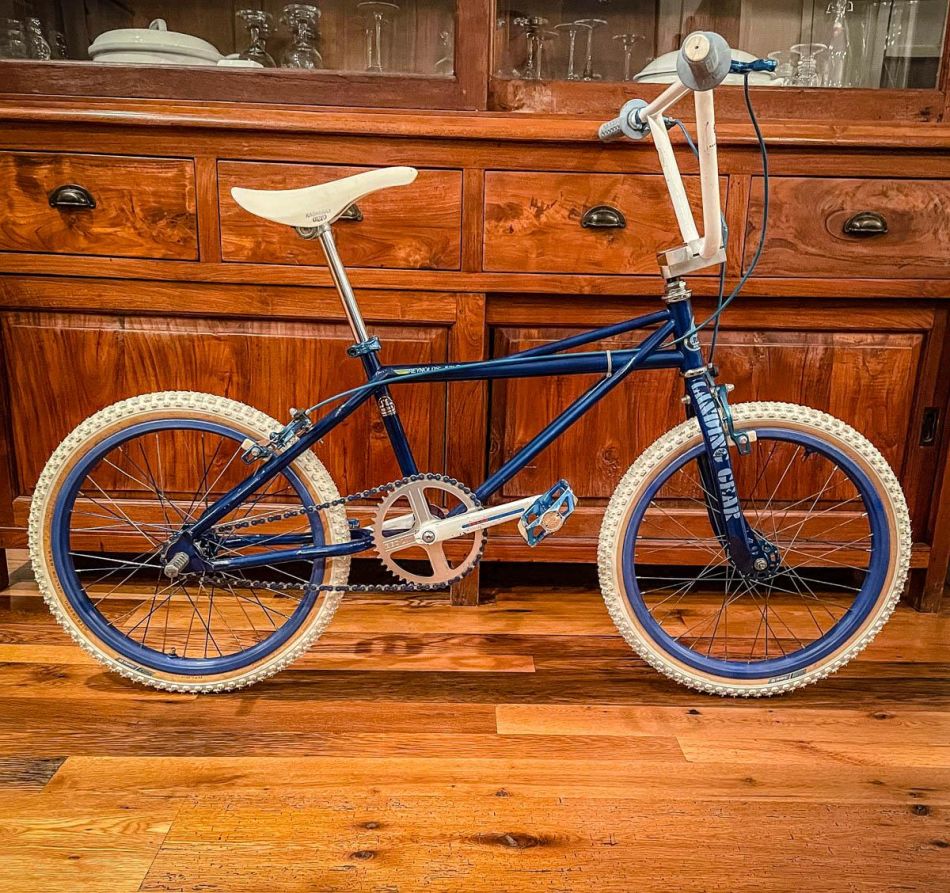 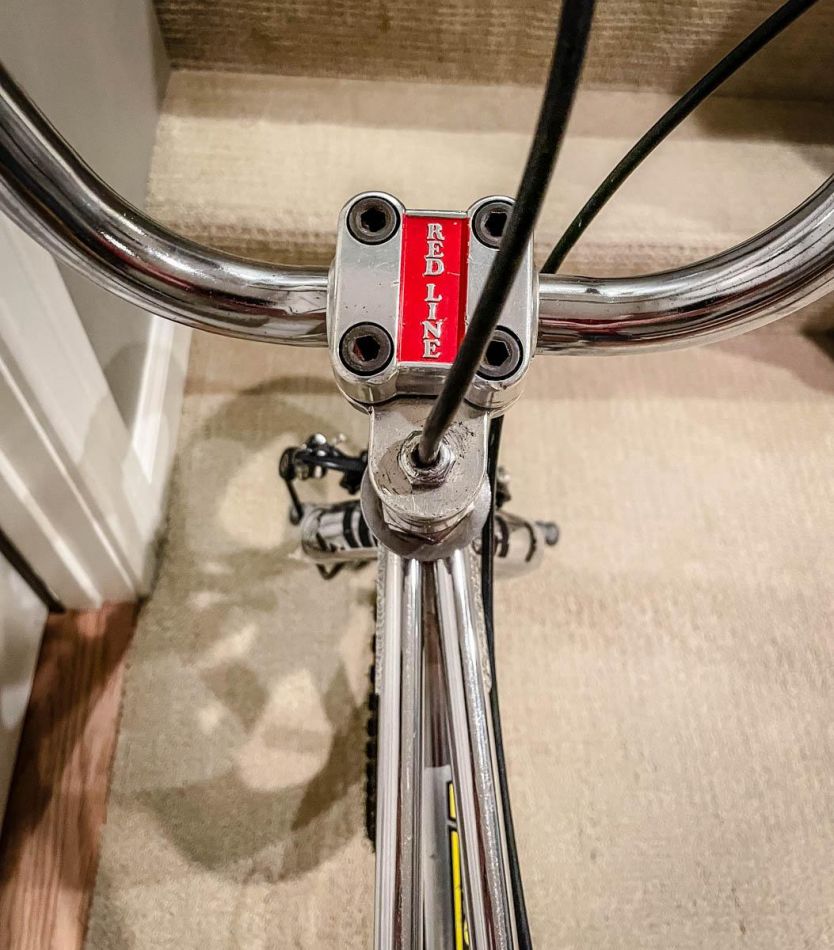 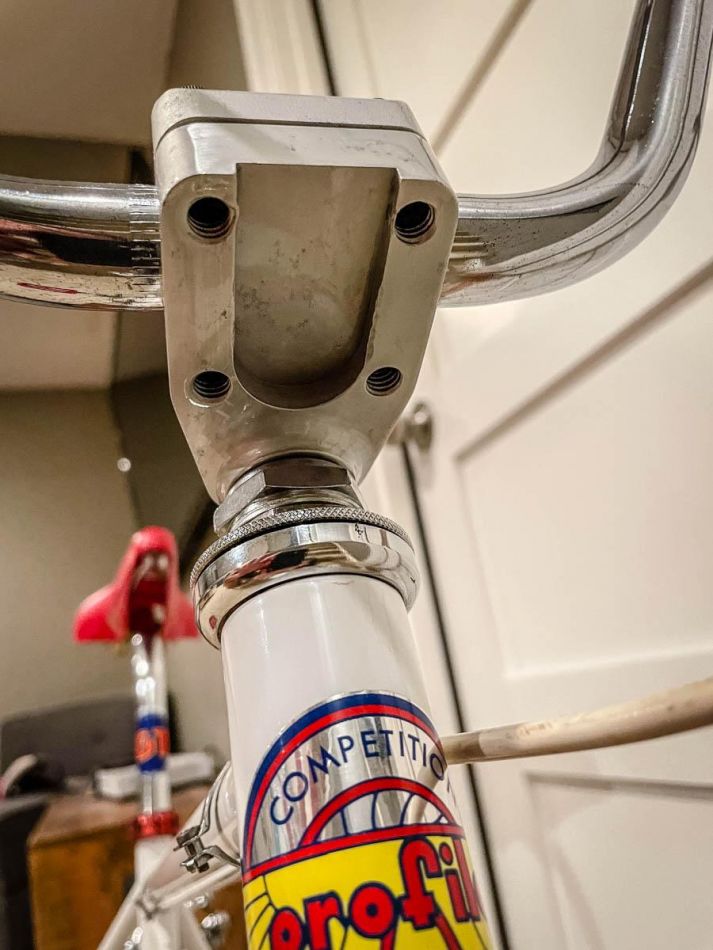 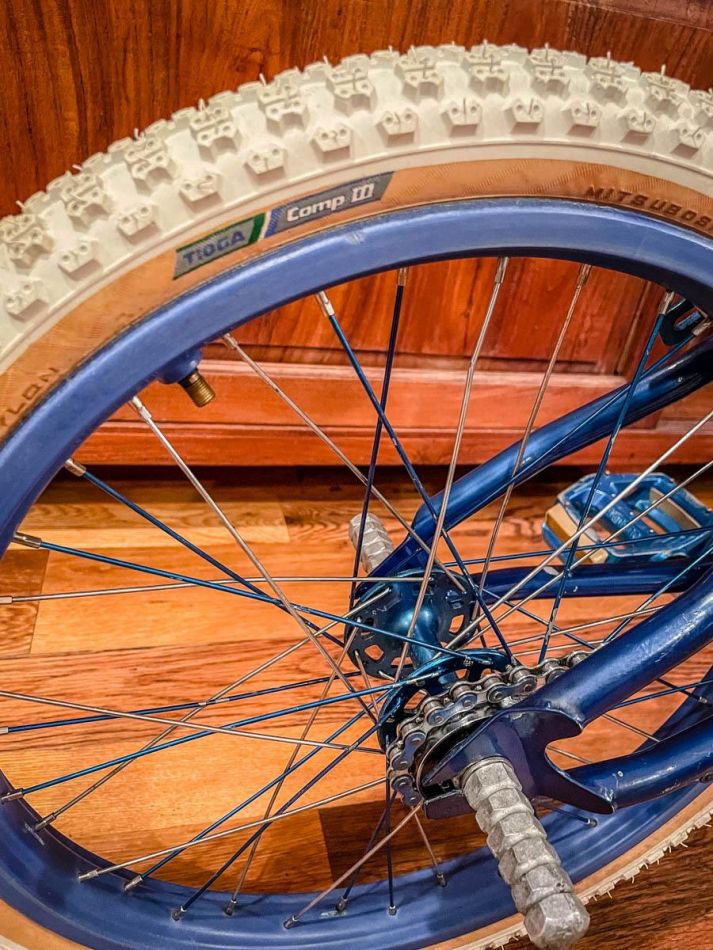 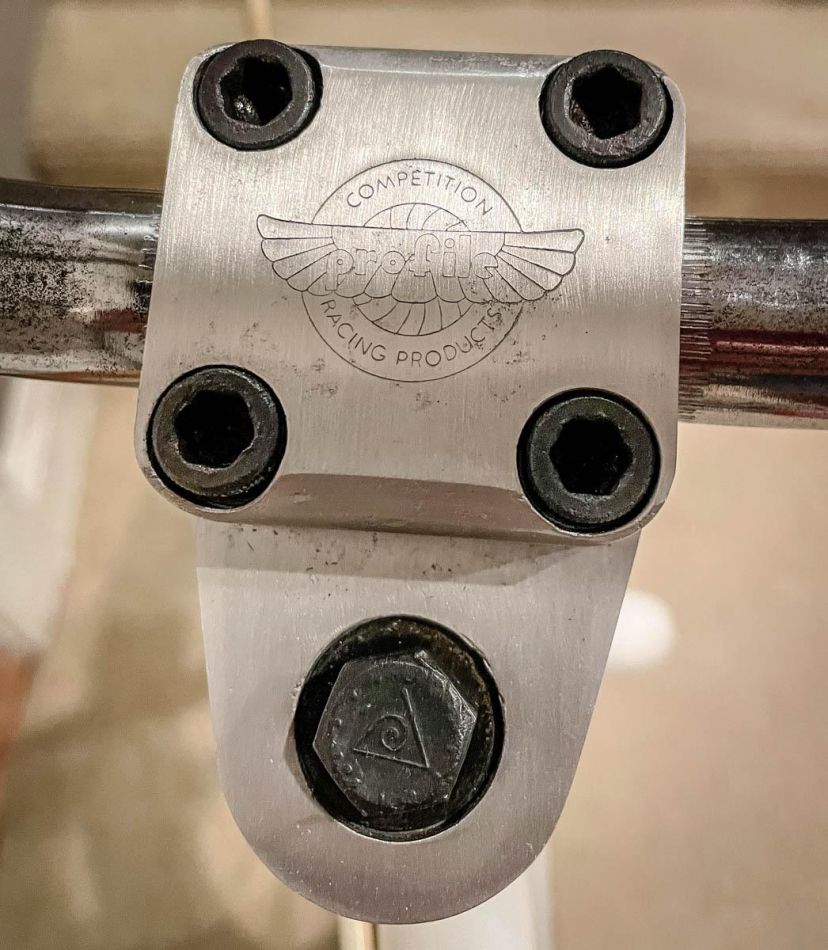 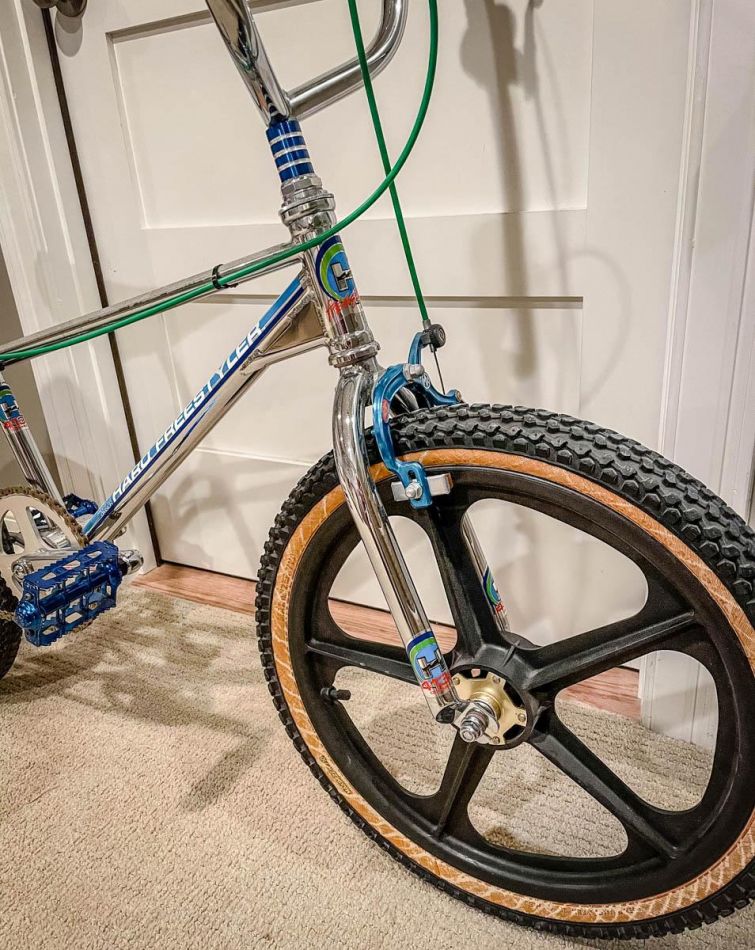 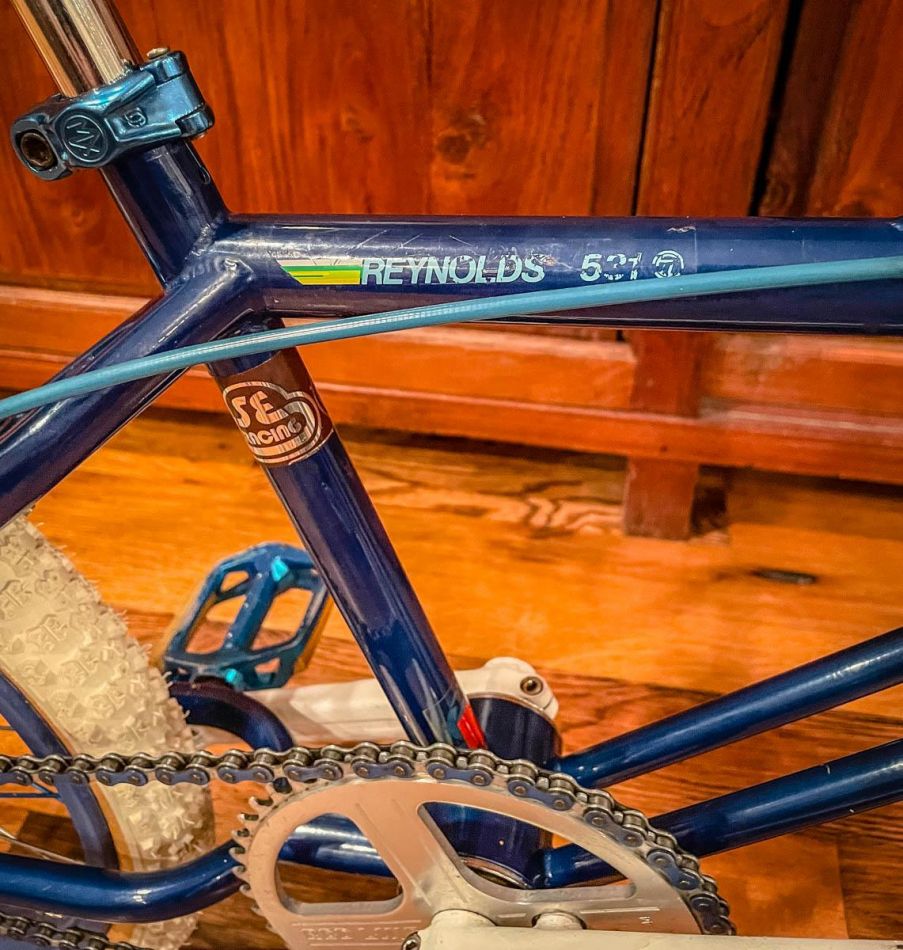