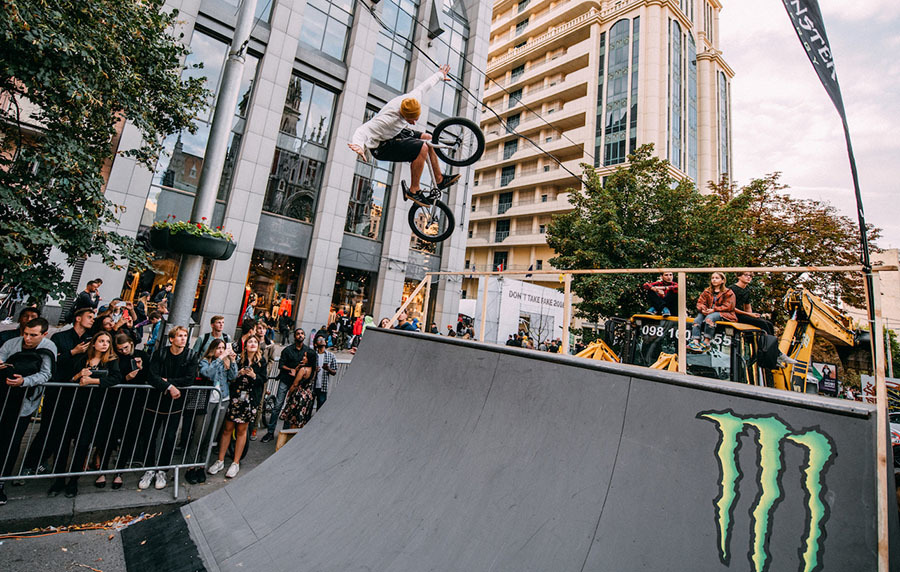 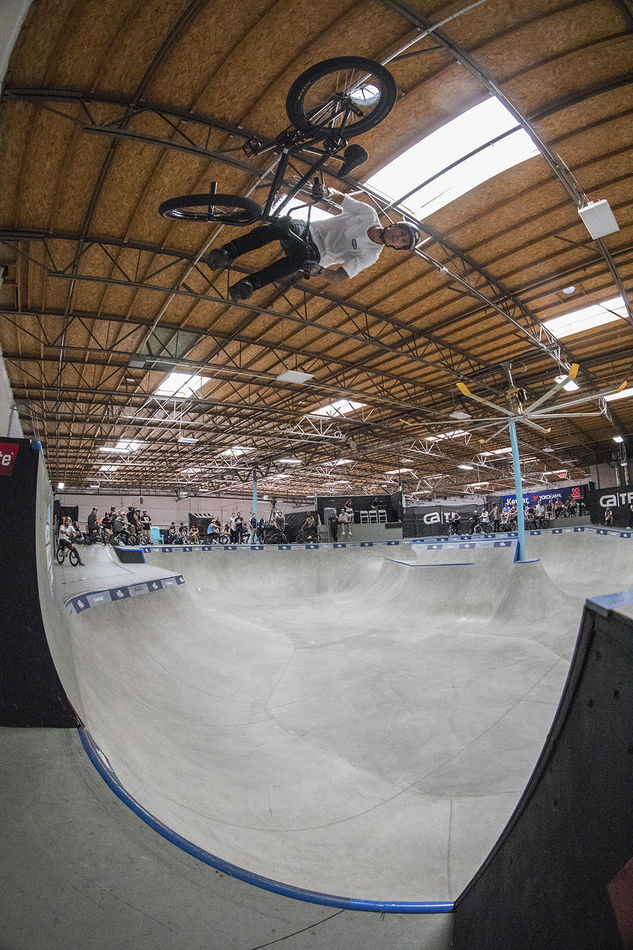 Monster Energy congratulates Ben Wallace for his flawless showing at the first ever Nitro World Games park event and Monster Army’s Brian Fox on his Best Trick victory. Wallace’s well-rounded approach to the unique bowl made his runs stand out among the best in the world, while Fox put body and bike on the line in the 20-minute jam event. A private event at a brand new facility nestled north of San Diego, the inaugural Nitro World Games event brought out the best riders in the world looking for their portion of the $300,000 prize purse. But it wouldn’t be a quick road, as Ben would have to battle his way through Quarter and Semi Finals to even have a shot at walking away with a trophy and some cash.

Wallace was on point the whole way through, combining everything—big tricks, boosted airs, speed, unique lines, and technical tricks—in his runs time and time again. He kicked off each run with a massive lookback transfer into a vert quarter, but he upped the level in his very last run in Finals to seal the third place finish.

From that very first transfer Wallace kept the speed going through a unique line that seemed impossible to everyone watching. Stylish and boosted one-footed X-ups, toboggans, and no-handers filled each wall, a different huge transfer with a tailwhip, and then cutting an unreal line to a flair across the longest quarter in the park. A double tail-whip over the box, an alley-oop lookback, a whip over the triangle spine, and an insane double tail-whip pocket air were the remaining bangers of his run. 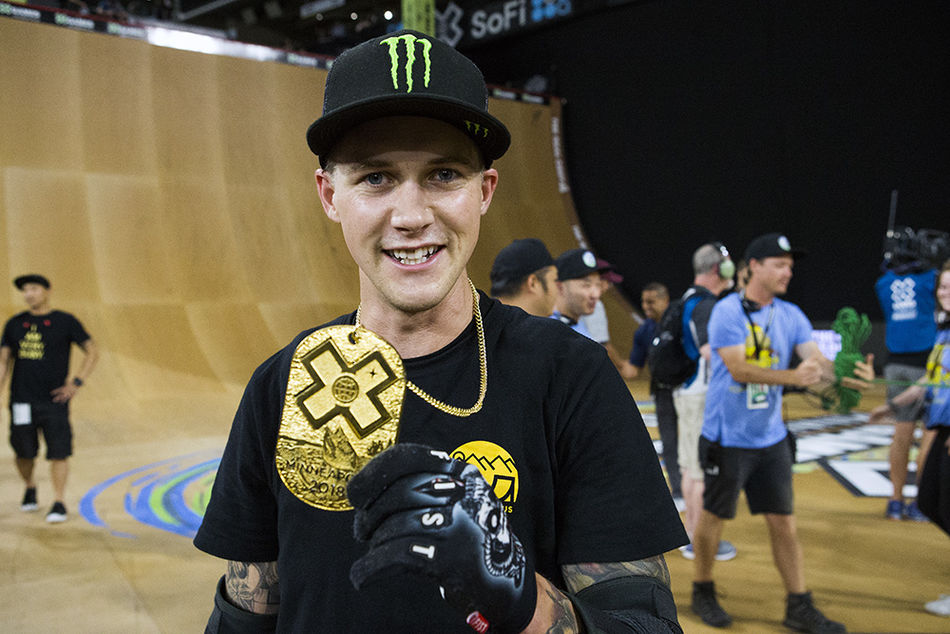 Monster Energy congratulates the unstoppable James Foster who took gold in BMX Big Air at X Games Minneapolis 2018. In a heated contest that saw eight riders give it their all, it was Foster who reigned king on the biggest jump at X Games with a progressive run that will change the future of the sport. Alex Nikulin, meanwhile, became the first Russian athlete to place top three at X Games in over fifteen years. Owning as much charisma as talent, Foster showed up to X Games Minneapolis with one goal in mind — to defend his hard won Big Air title from last year. There was just one problem however.“I came out here not even knowing if I could ride,” he explained after the event. “I got hit by a car last week on my motorcycle!” 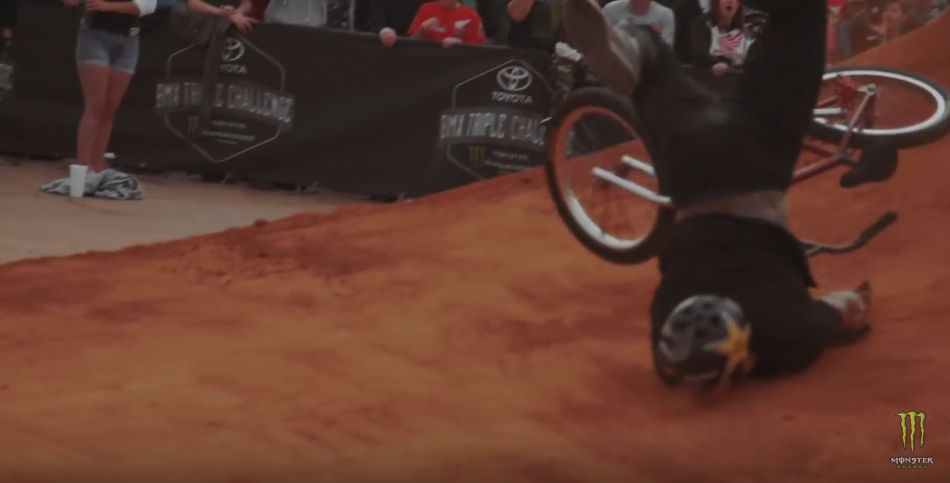 Taking place during select Monster Energy Supercross events the Toyota BMX Triple Challenge has proven to be the premiere event for pushing the level of dirt riding and BMX as a whole. In its second year, the two jump, winner takes all has continually brought out the gnarliest riding from the best riders in the world. 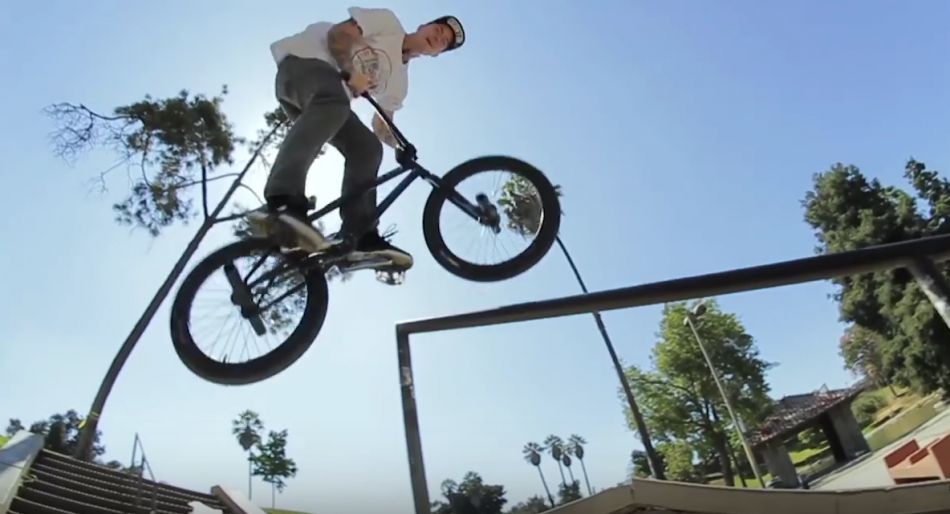 ABOVE BELOW | BEN LEWIS by Monster Energy

ABOVE BELOW | BEN LEWIS. Check out Ben Lewis’s section from our first feature length video, ABOVE BELOW! Benny sums up UK street riding and has been helping define it for over a decade! Click play for proof of why BMX and Monster Energy are happy to back Benny L. 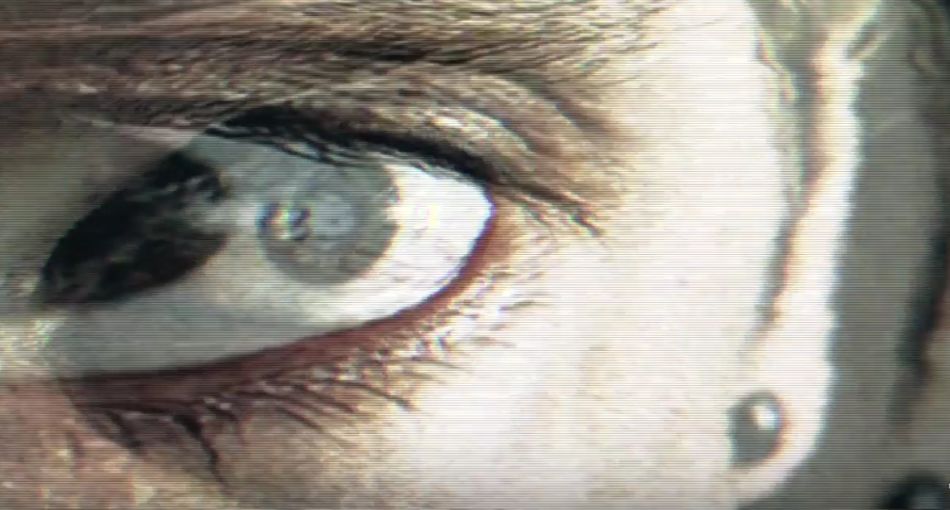 ABOVE BELOW | ED ZUNDA by Monster Energy

Hailing from the streets of Riga, Latvia… Ed Zunda stepped his game up for his ABOVE section and dropped everything from full speed lines to a special NBD you can see at the end! 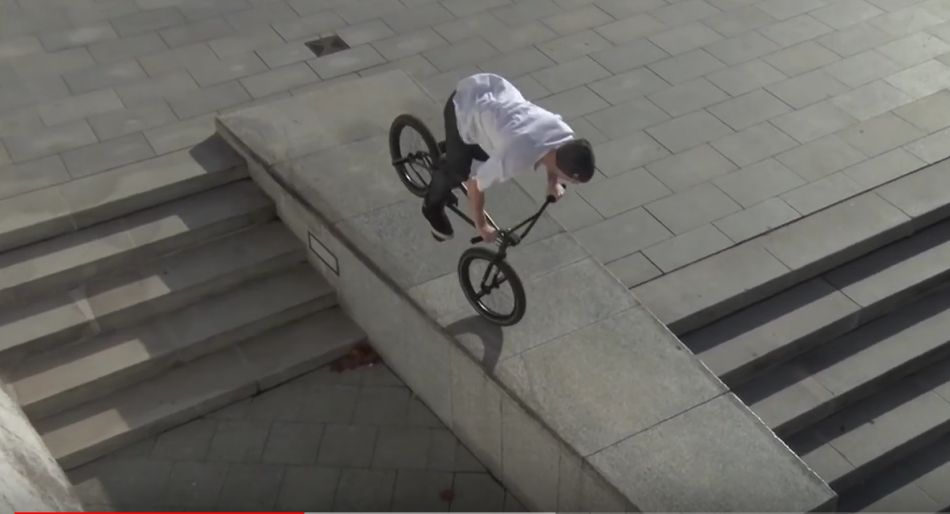 ABOVE BELOW | DAN LACEY by Monster Energy

And here we have it, Dan Lacey’s epic 7 minute ender ender from ABOVE BELOW! Let Dan blow your mind with full speed, balls out street riding consisting of some of the knarliest grind combos and biggest 360’s in the game! 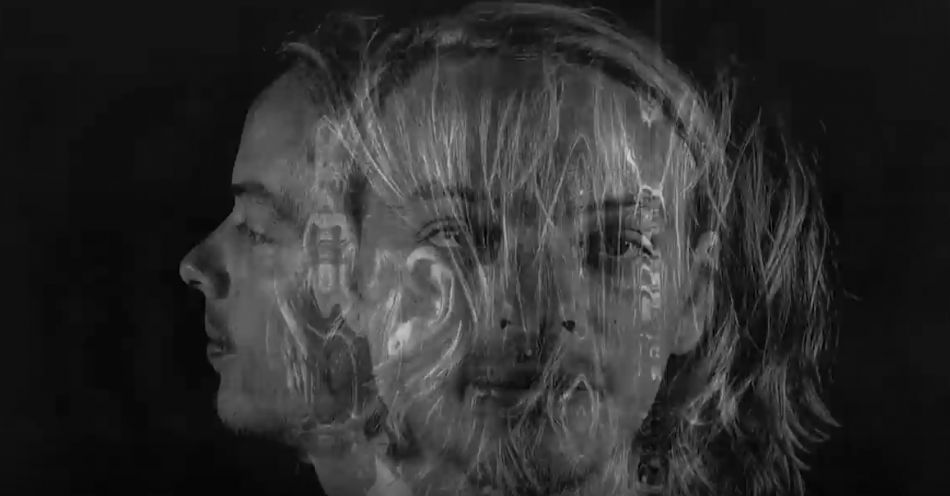 ABOVE BELOW | NATHAN WILLIAMS by Monster Energy

ABOVE BELOW | NATHAN WILLIAMS. We are still very unsure as to which way Nathan Williams grinds and spins, this is in no way helped by his ground breaking ABOVE Section! You need to check this out now for a master class in BMX street riding. 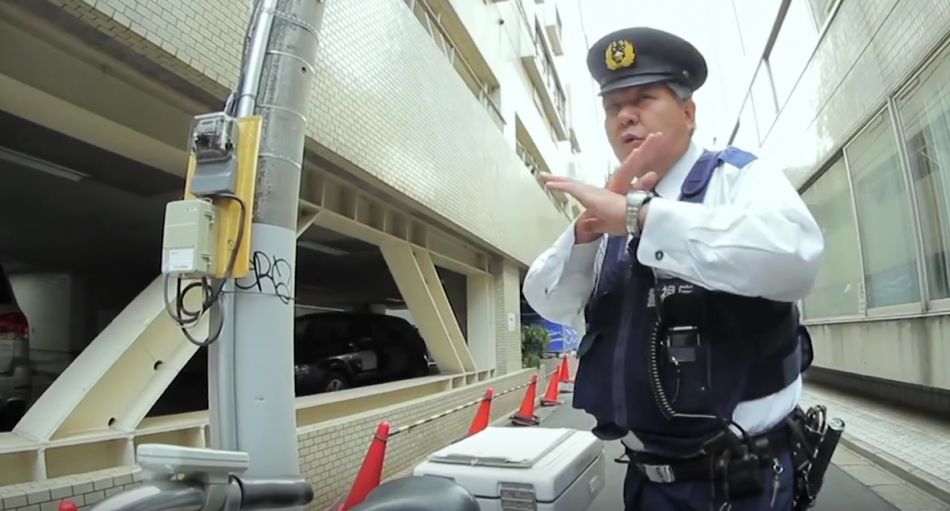 ABOVE BELOW | DAKOTA ROCHE by Monster Energy

From X Games medals to some of the BMX worlds most ground breaking video parts, Dak has it covered and this section from ABOVE BELOW is a true testament to this US BMX legend! 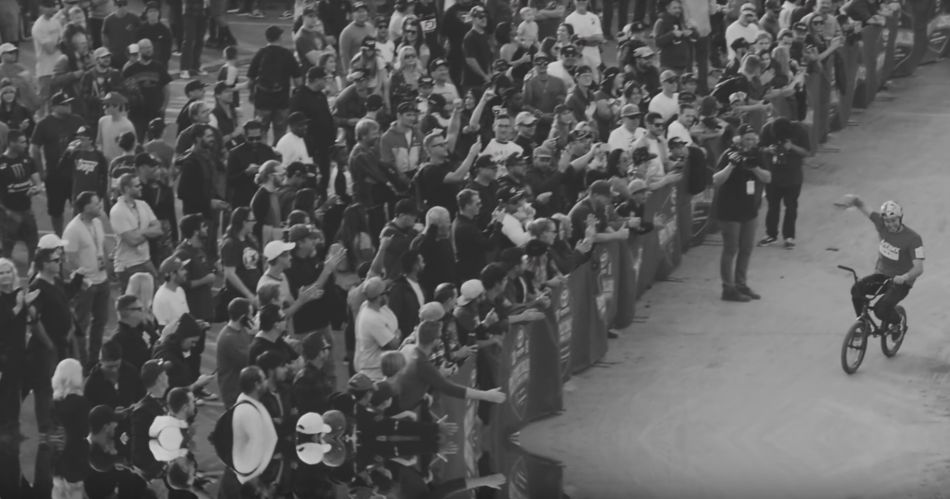 Trying To Survive! - The Toyota BMX Triple Challenge At A1 by Monster Energy

Two big jumps. One run counts. Anyone can ride. That's one hell of a recipe for progression...and a lot of disaster. In its second year, the Triple Challenge has gained incredible notoriety as one of the most progressive events in BMX. This three-stop dirt series takes place during select Monster Energy Supercross events and runs much the same as its Supercross counterpart. Here are the highlights from stop number one and we'll see you guys in Glendale, Arizona, on January 26th for stop number two!