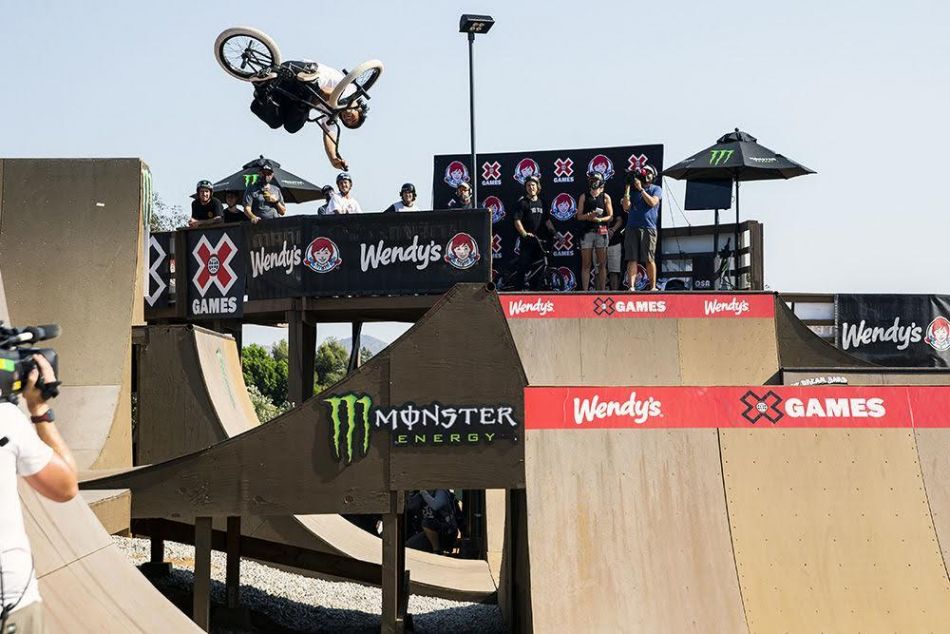 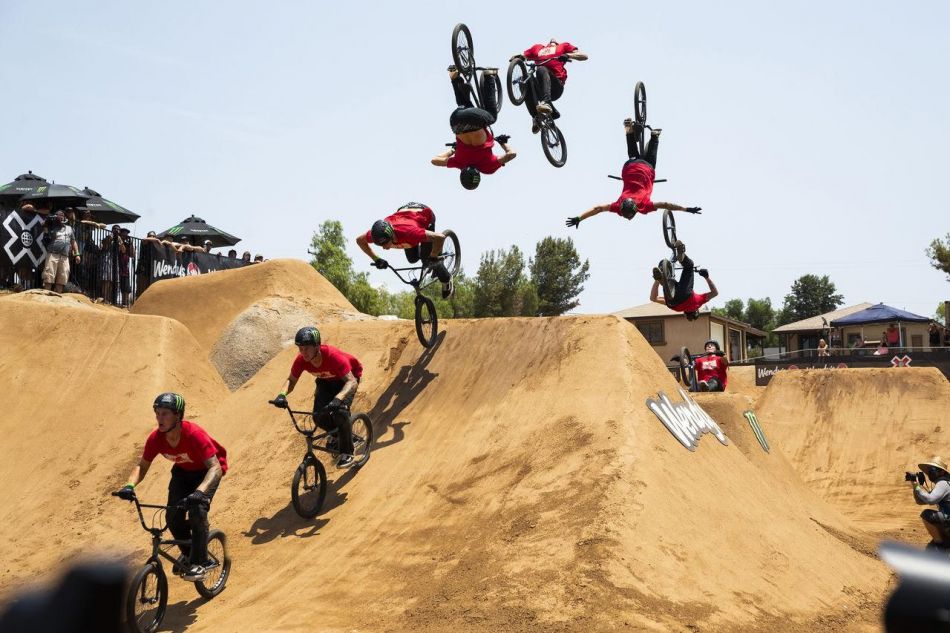 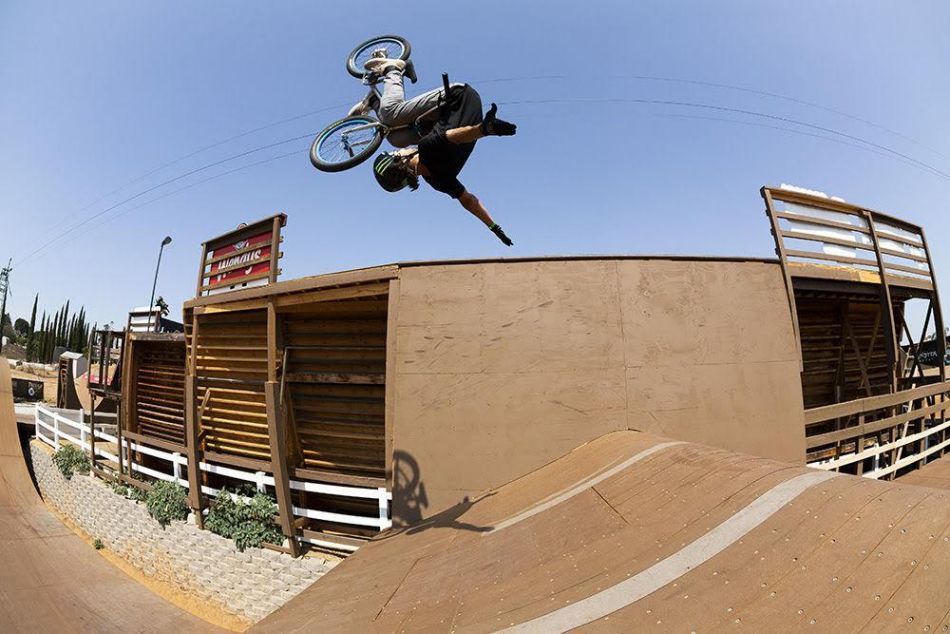 X Games 2021 is closed to the public and produced with comprehensive COVID-19 risk mitigation protocols in place for participants and staff. But even without spectators and musical performances on-site, viewers across the globe get to witness X Games history written by the world elite in all three sports: More than 80 athletes from eleven countries are competing for a total of 43 medals across 17 medal disciplines. 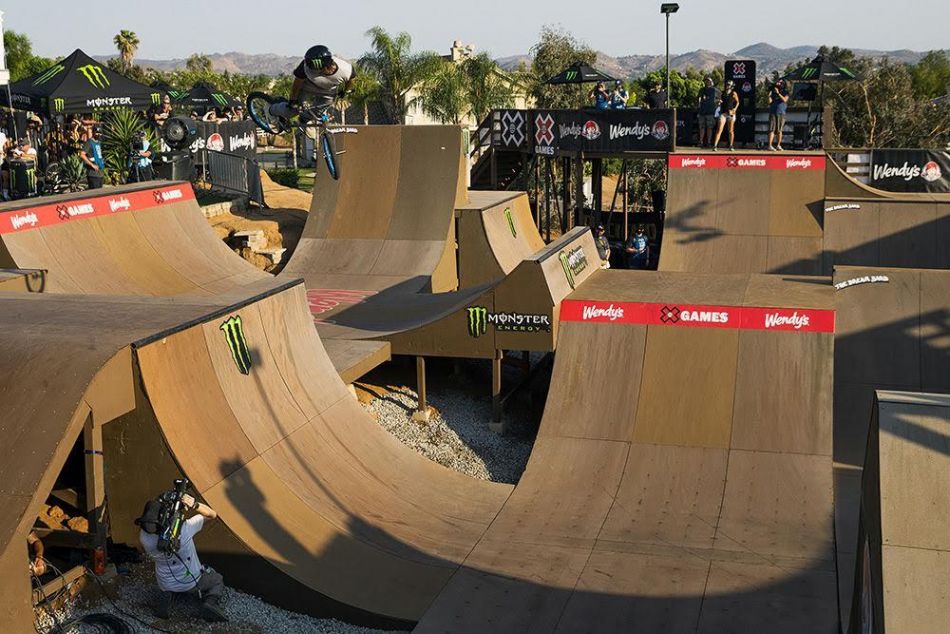 Wednesday, July 14, at Casey’s backyard facility in Riverside, California. Also known as the “Dream Yard”, what began in 2013 as a basic backyard ramp has since evolved into a full-scale technical dirt and park course encompassing more than 10,000 feet of terrain. Over the years, the Dream Yard has been the stage for four Monster-produced video parts that have garnered more than 1.3 million combined views.

The BMX action kicked off on Wednesday on hallowed ground: Casey’s backyard facility in Riverside, 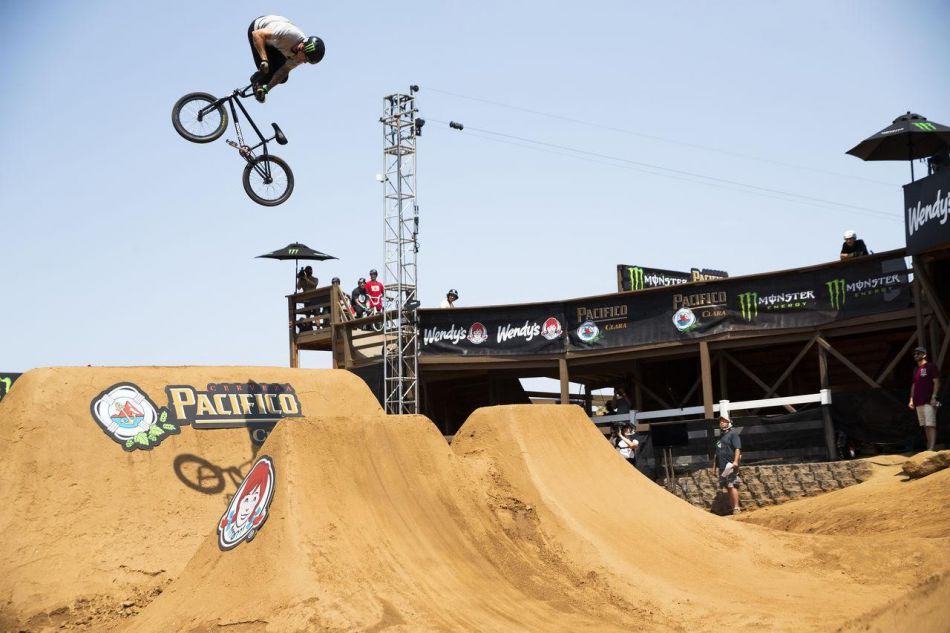 California, also known as the “Dream Yard”. Started in 2013 as a basic backyard ramp, the compound has since evolved into a full-scale technical dirt and park course encompassing more than 10,000 feet of terrain. The Dream Yard has been the stage for four Monster-produced video parts that have garnered more than 1.3 million combined views.

Just in time for X Games 2021, the winding BMX Dirt course was transformed into a competition-grade track with seven jump features. Nine of the world’s best BMX freestylers were ready to attack the course after spending an entire year on lockdown without X Games competitions. The energy and excitement were palpable as the 30-minute jam session unfolded in front of live stream viewers worldwide. 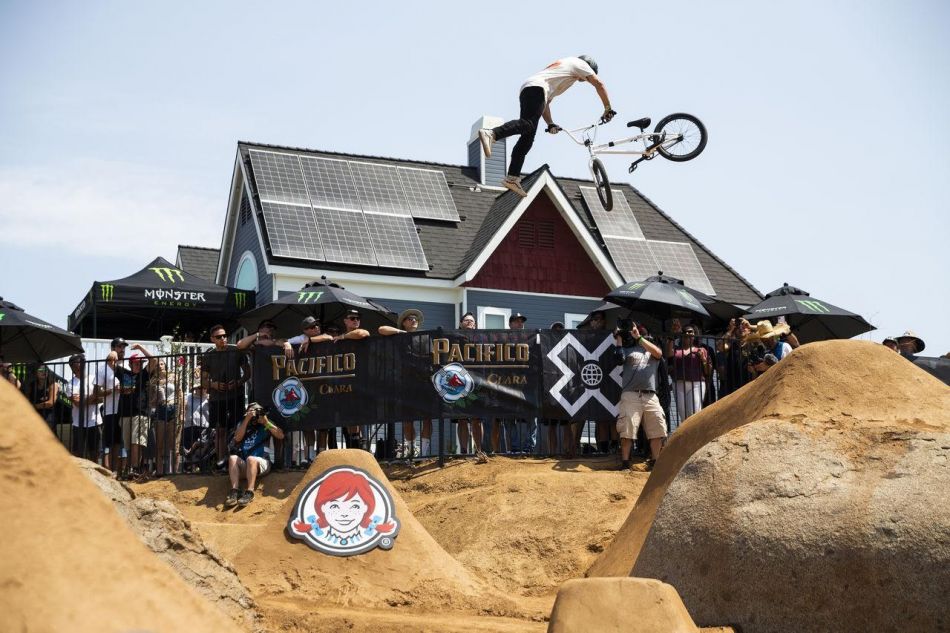 Straight out the gate, Monster Energy rider and competition host Casey put down a spectacular run that earned him the top spot in his 12th X Games appearance: On Run 1, the 31-year-old BMX icon threw down a 360 downside tailwhip, truckdriver, downside tailwhip and his signature Cash Roll move as the finish. Casey’s first place held all the way until the end of the session, boosted by a 360 no-hander and double tail whip on the final run, earning Casey his very first X Games gold medal and first BMX Dirt medal. In another historic first, Casey’s win marks the first time that a rider over 25 years of age has claimed gold in the discipline.

“My mind is completely blown! The X Games coming here is a dream come true. And to win an X Games… this is my first X Games gold! And to it at my own house is something special. This is insane!” said Casey upon winning BMX Dirt on Wednesday. 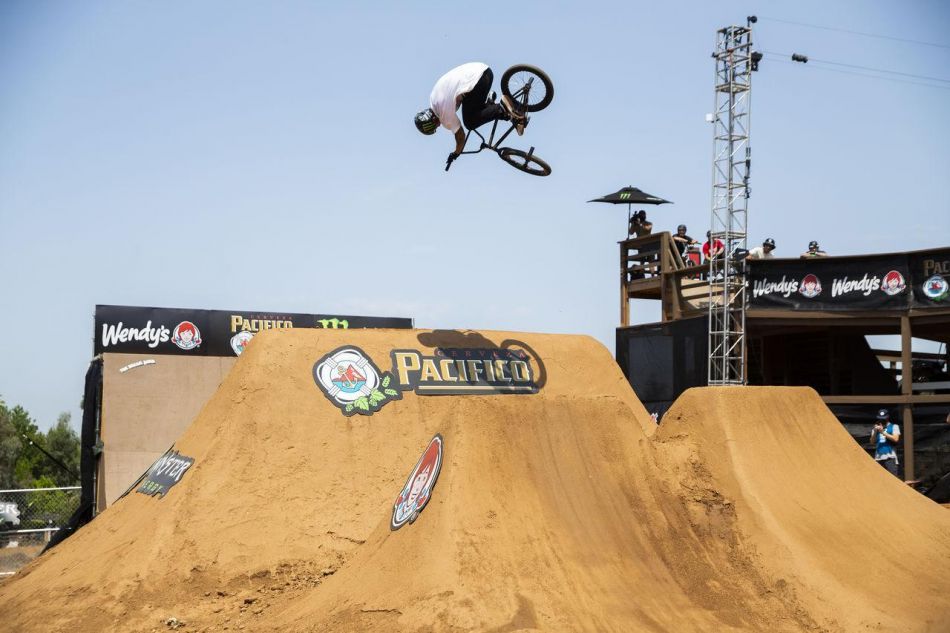 Joining Casey on the podium, 20-year-old Monster Army rider Bryce Tryon caused an upset with an epic performance that earned the silver medal. In his X Games debut, the BMX prodigy from Lodi, California, held his own against the world elite in BMX despite entering as the youngest rider on the roster. Riding with speed and consistency, Tryon put down technical moves including a double tailwhip, backflip, tailwhip no-hander, front flip and clean Cash Roll to rise all the way to second place. Keep an eye on this kid! 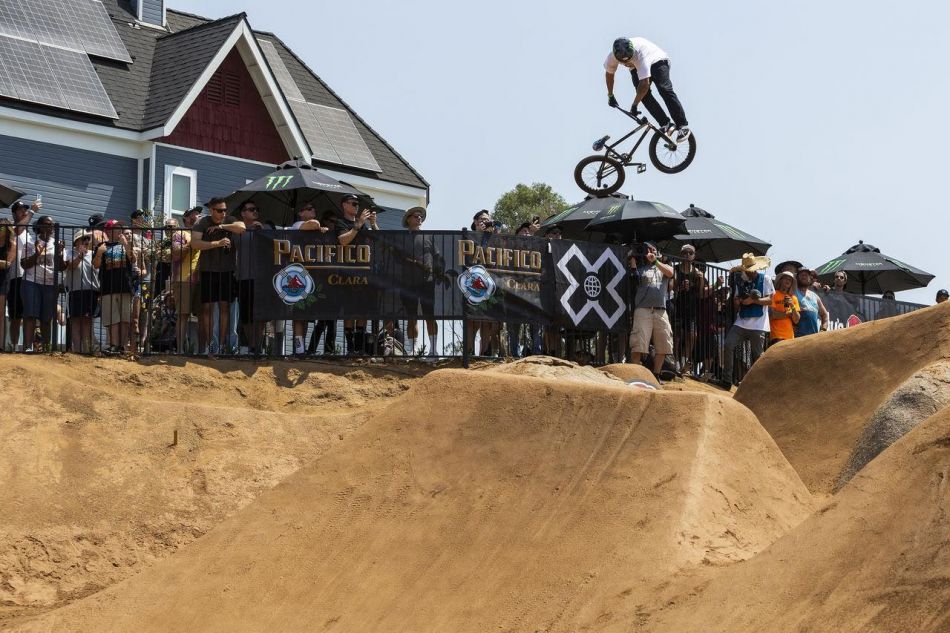 When the action moved into BMX Dirt Best Trick, riders returned to the course looking to land the single best maneuver. In a 20-minute controlled jam session, the full progression of freestyle BMX was once again on full display at X Games with all competitors pushing the boundaries and attempting never-been-done tricks.

Maintaining his momentum, X Games rookie and Monster Army rider Bryce Tryon delivered the goods with a highly technical bar spin late no-handed front flip. But when all was said and done, it was 31-year-old Buckworth from Lake Haven, Australia, who impressed the judges and took the gold.

Coming in hot after winning the 2021 Toyota Triple Challenge in Houston, Texas this January, the X Games veteran had just the right trick up his sleeve to seal the win: 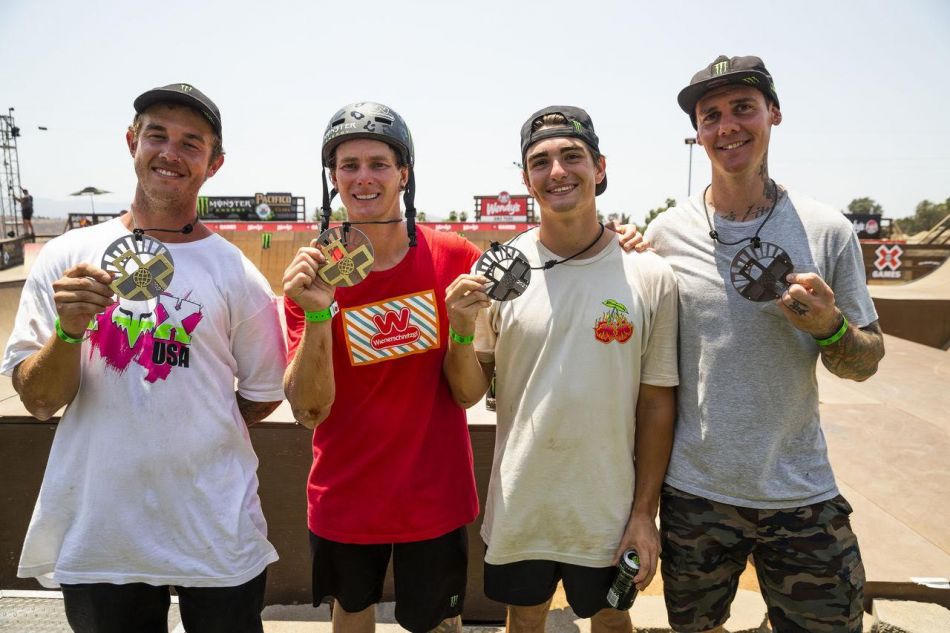 After landing a double backflip, the Australian-turned-SoCal local pulled a picture-perfect double backflip no-hander off the second-to-last jump. This marks the first gold medal for Buckworth and second X Games podium after taking BMX Big Air bronze in 2010.

“In my rookie year I got bronze at X Games. Since then, I had so many gnarly injuries and missed so many X Games because of injuries. And to come back and get an X Games gold medal at 31 years, my life is literally complete!” said Buckworth upon winning BMX Dirt Best Trick. 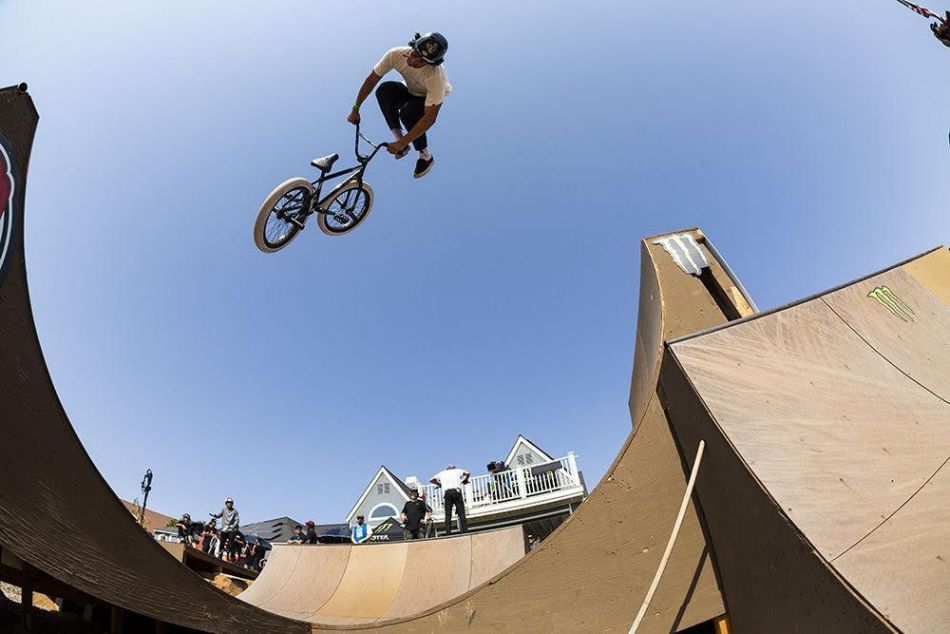 In the 30-minute jam session, one rider soared above the rest on the sprawling ramp course: 26-year-old Peraza from Tucson, Arizona, was gunning for the top spot after closely missing the podium earlier on Wednesday in BMX Dirt.

Showcasing his deep bag of tricks, Peraza put down clean airs like a 360 double downside whip, huge flair, and 360 table transfer, alongside technical moves that included a 180 to Half Cab tailwhip and nose wheelie to 360. 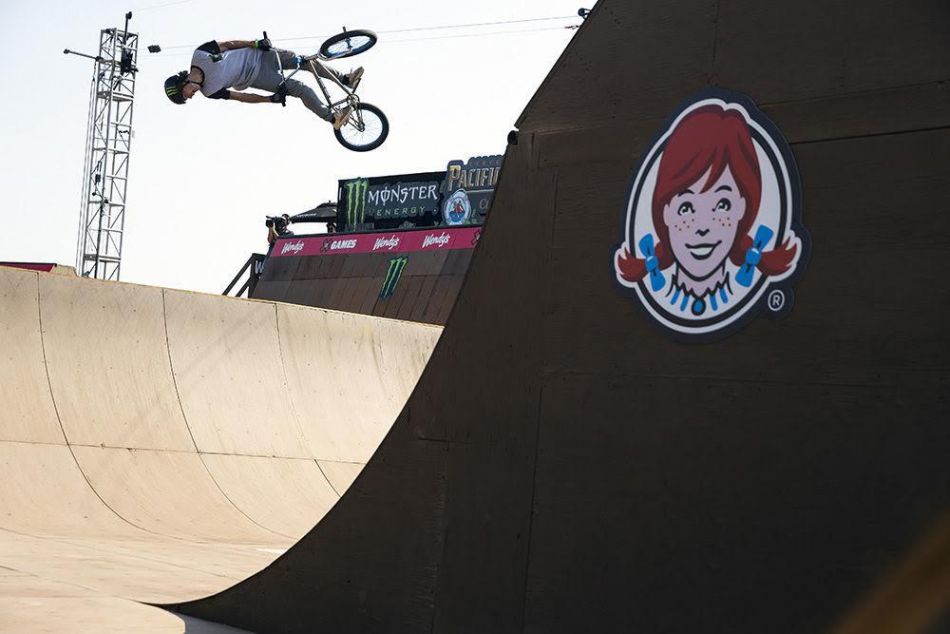 “It’s a completely different energy from a venue or stadium. We’re not under stress, we’re a lot more relaxed. And I think that helped me break through today. Everyone walked away healthy today and I’m happy to take another medal home,” said Peraza upon claiming BMX Park gold.

Peraza now owns three X Games medals, all of them gold, after winning BMX Dirt in 2016 and BMX Dirt in 2017. Stay tuned as Peraza returns to compete in BMX Street at the California Training Facility (CATF) on Friday! 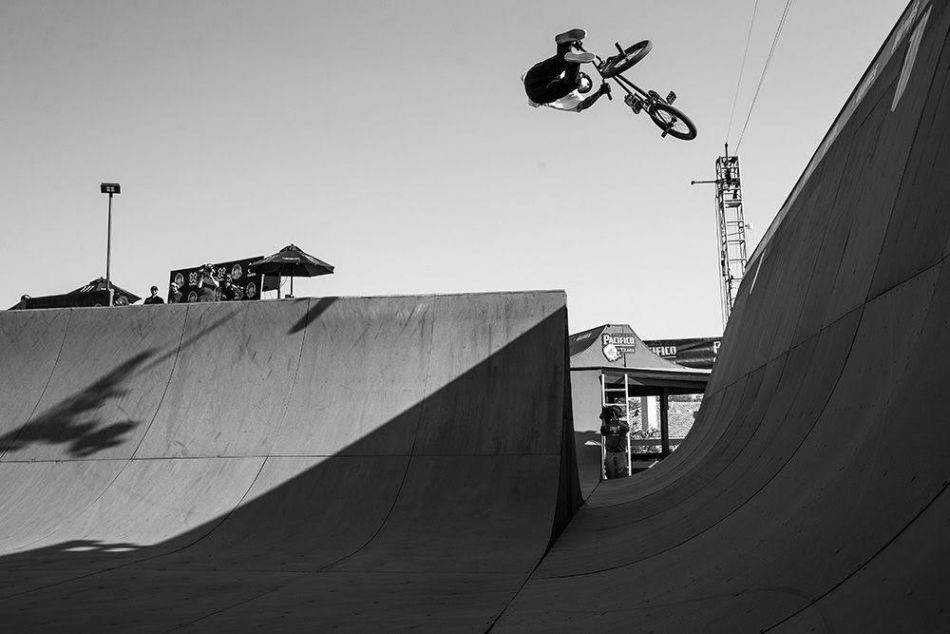 In an epic session for the ages, Pat Casey claimed his second medal of the day with silver by landing a huge flair, 360 over the spine, bar spin 360, opposite 360 transfer over the hip and a fakie tailwhip. This brings Casey’s overall X Games medal count to four medals (1 gold, 2 silver, 1 bronze). Completing the day’s second full podium sweep for team Monster, Canadian Varga took his second ever X Games medal with bronze after posting a perfect run including: a huge 360 and flip whip over the “spox”, no-hander on the quarter pipe, 720 over the table, and alley-oop 450 truck. 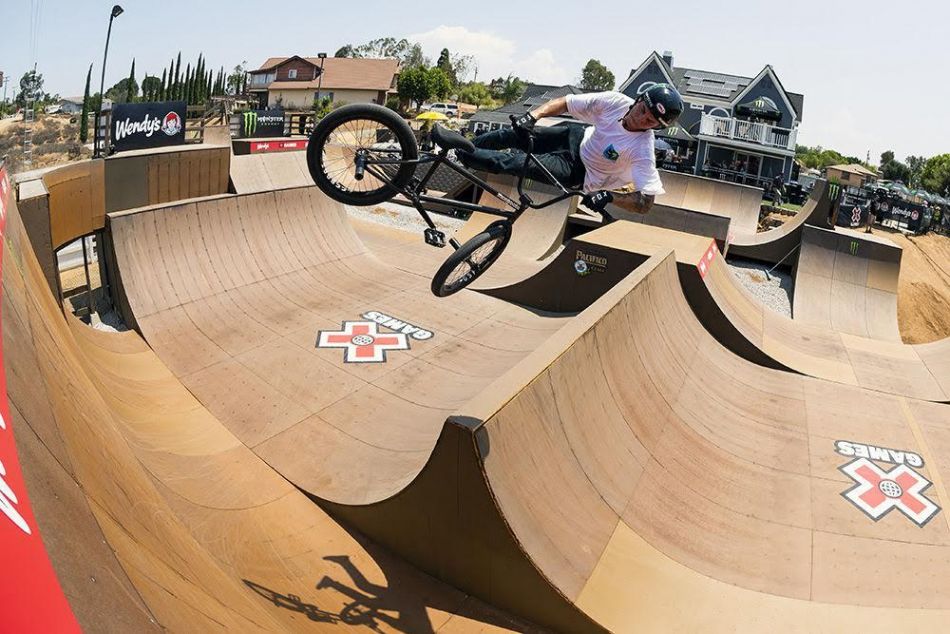 Wrapping up a day of history-making BMX riding with a bang, riders unleashed their most innovative moves in the Dave Mirra’s BMX Park Best Trick event. In memory of BMX pioneer Dave Mirra, competitors had spray-painted the pedals on their BMX bicycles golden and kept the level of riding next level.

In a 20-minute jam session stacked with heavy-hitting tricks, 24-year-old Monster Energy team rider Varga from Oshawa, Canada, upped the ante with a trick never landed before in competition: Cheered on by his peers, Varga landed a perfect 1260-degree aerial (a total of three-and-a-half rotations) to claim the coveted Golden Pedal trophy.

“It’s been awesome with me and all the boys riding together in Pat’s backyard. It brought back a really cool vibe of riding in a BMX contest, which we haven’t had in a while,” said Monster Energy team rider Varga upon claiming gold in Dave Mirra’s BMX Park Best Trick on Wednesday. 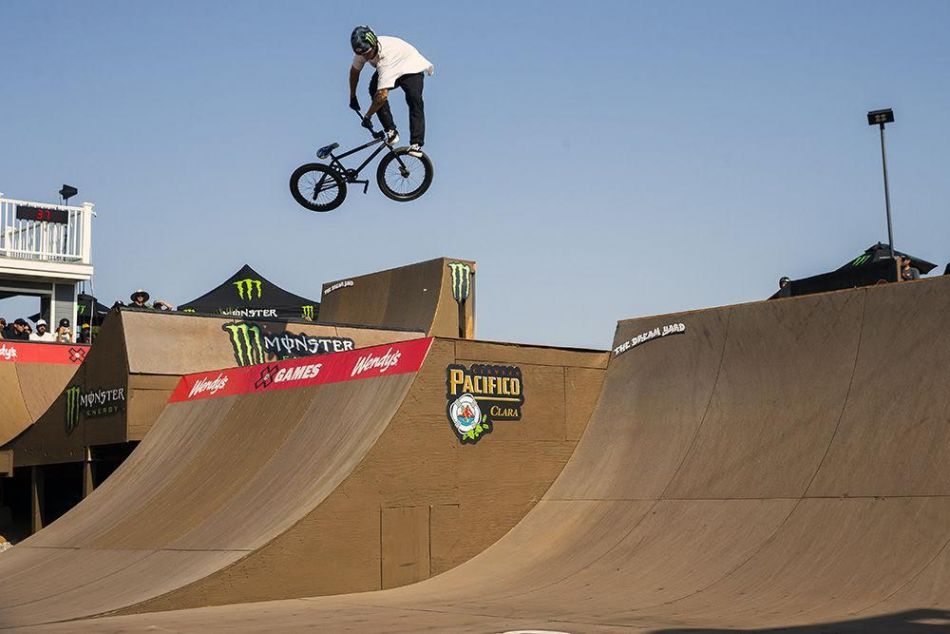 Stay tuned for more action from X Games 2021! Next, the world elite of Moto X will battle for X Games medals at Axell Hodges’ legendary Slayground compound on July 15. And finally, all skateboarding events are contested at the California Training Facility (CATF) in Vista from July 17–18, alongside BMX Street on July 16. 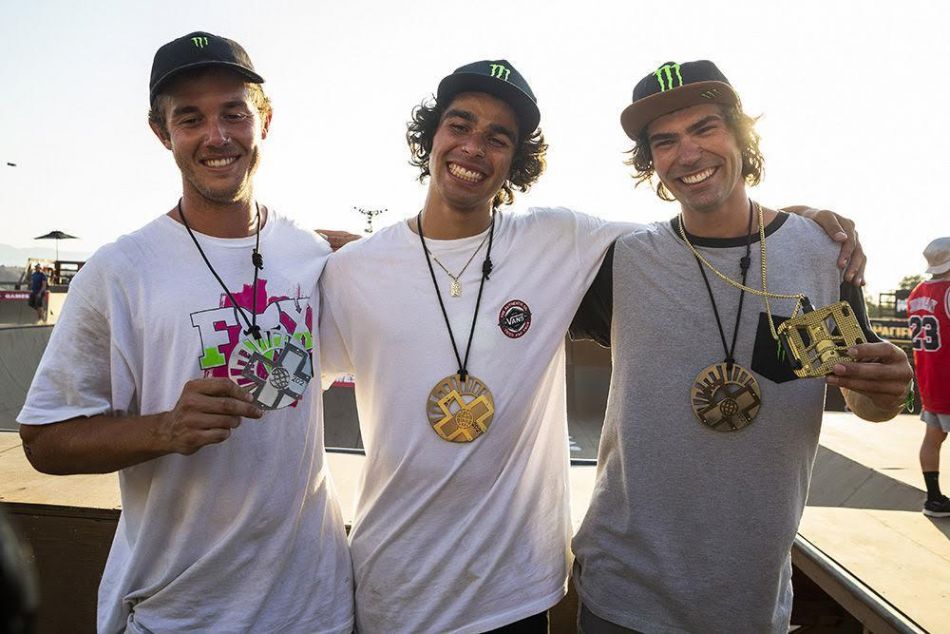 Over the course of five action-packed days, a total of 15.5 hours of competitions will be broadcast live on ESPN, ESPN2, ABC and the ESPN App. Plus, all competitions will stream live on @XGames digital and social media platforms, supplemented by behind-the-scenes, athlete-curated and complementary content.

Rounding out the experience, the virtual X Fest returns to give fans at home a chance to win prizes, play games, and interact with X Games content. Starting on July 14, fans will have the opportunity to customize their own avatar, shred the interactive skate and BMX course, complete missions in the all-new ‘Story Mode’ and interact with sponsors such as Monster Energy.

More in this category: « 2021 X Games Dirt and Park. And the Gold goes to.... X Games 2021: BMX Street Wraps with Felix Prangenberg Taking Silver, Alex Donnachie Bronze »
back to top