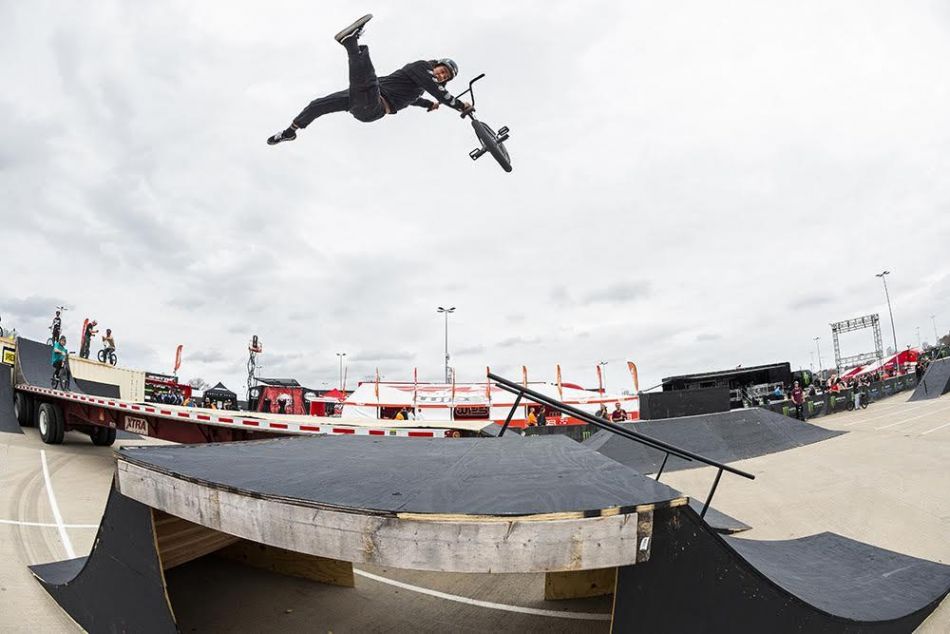 Monster Energy congratulates Kevin Peraza and Larry Edgar on their first and third finishes, respectively, at the Street Style stop of the Toyota BMX Triple Challenge series in Arlington, Texas. Peraza’s well-rounded trick delivery and Edgar’s speed and power helped each of them clinch their victories on the multifaceted course. Walled-in on three sides by giant shipping containers, the Peraza-designed layout catered to all different styles of riding with a variety of unique ramp configurations including rails, ledges, multiple quarter pipe transfers, a box jump, and more. Riders in attendance complimented the course perfectly with a mix of street focused shredders like Broc Raiford and Reed Stark, to the more transition inclined, including Edgar and Pat Casey, least not forget upcoming star 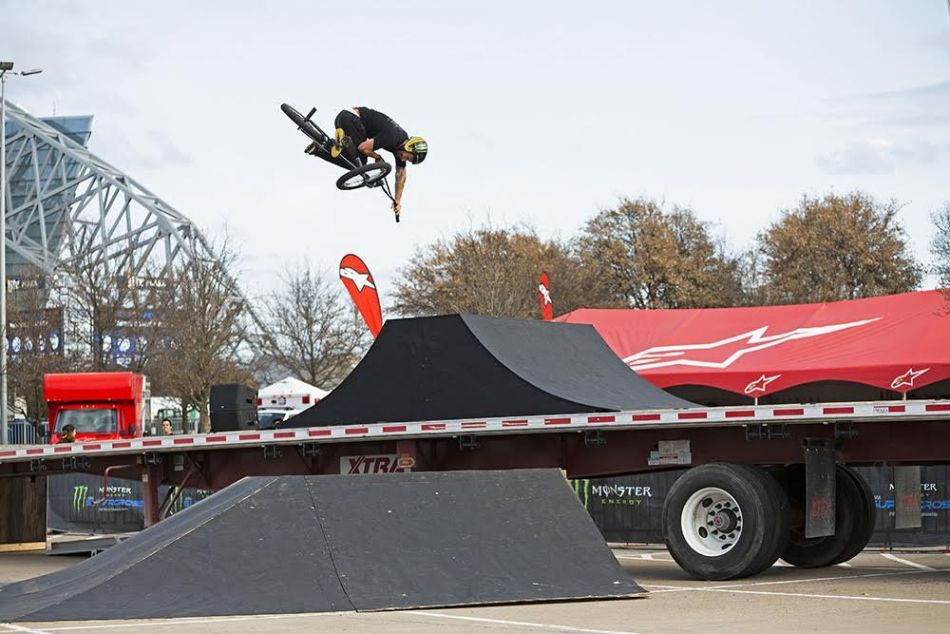 from Columbia, Julian Molina, who despite only having one leg, made finals at his contest debut.

The two run, best overall impression format gave riders the opportunity to go for more risky tricks and not have to play it as safe focusing on a single best run. Peraza brought everything he had to the finals, touching every obstacle with mix of technical prowess and trick variety—along with his trademark style. Beginning each run with a hop 270 barspin drop-in, Peraza cranked 270s of the cancan and no-hander variety, a 450 barspin, decade, a very Peraza-esque quick and nimble tire slide on the edge of the trailer, cab down whips, and more. After the event, Peraza was elated (as always), but quick to point praise elsewhere. 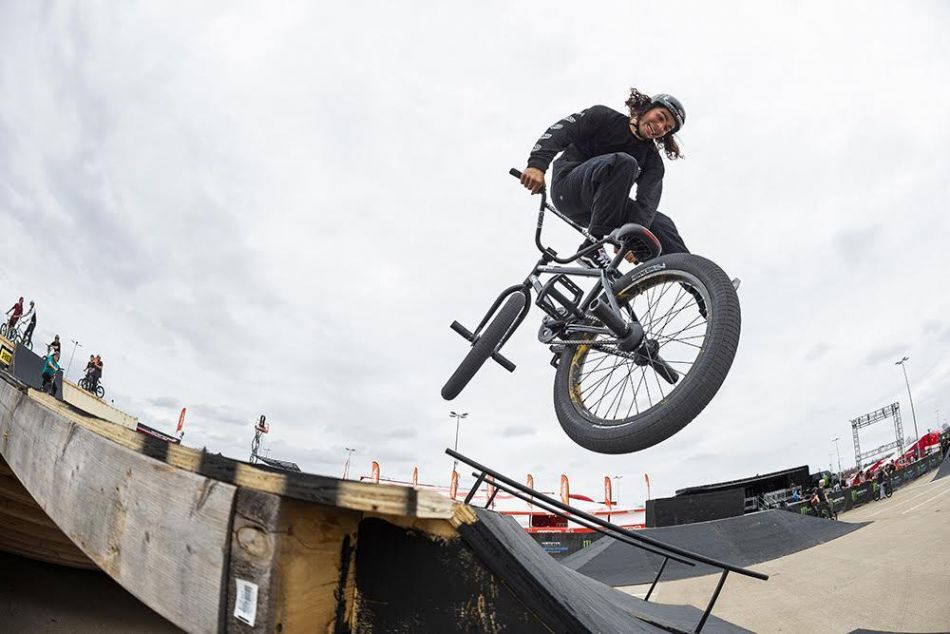 “I’m stoked to win, but it’s more about being able to have good times this weekend—really happy that Monster is making events happen for all the boys,” said Peraza. "The course was super fun. I got a lot of input from the other riders this weekend and it was cool that we could move obstacles around during the event to make the course even better. The energy was on point. Julian Molina was a highlight for me—he’s super inspiring. If he doesn’t motivate you to get out there and put away your excuses, I don’t know what does.” 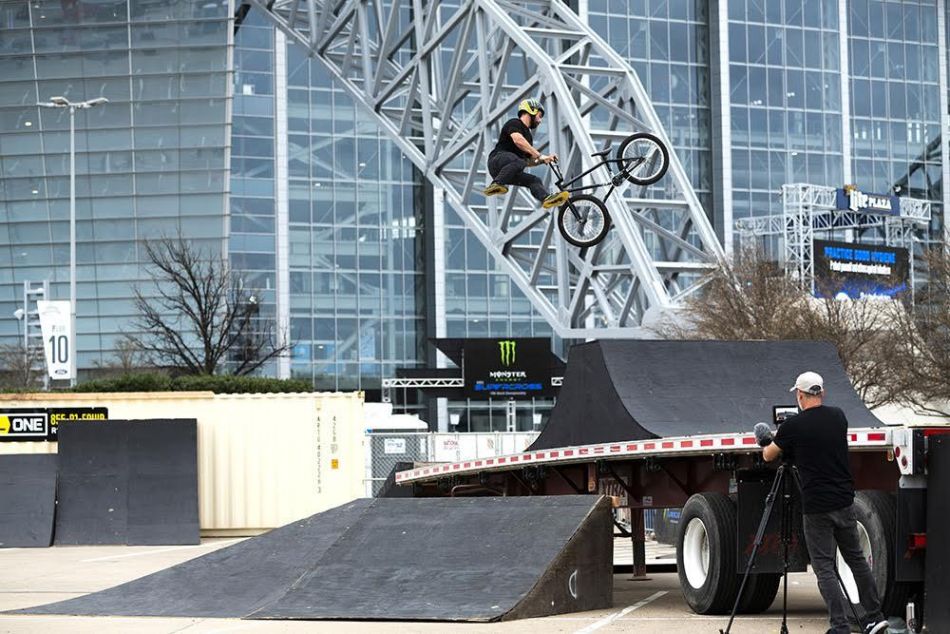 Full of vigor all day long, Edgar could hardly put his bike down—and that boundless energy earned him the top spot in qualifying. He maintained the same starting position for every run, beginning at the bottom of the course. Dropping straight into a blasted 270 table (or no-hander) from the step-down hip and then proceeded to sprint full-speed up-hill straight into a huge quarter to quarter flair transfer over a truck bed. It was a massive feat and he repeated it multiple times throughout the day. He also wrapped up his qualifying run by grinding up a rail to opposite whip followed by a no-hander to flat off the container to seal the deal. Edgar delivered more the same during finals, albeit, even faster and higher, and then one-upped the container drop finisher with a 360. 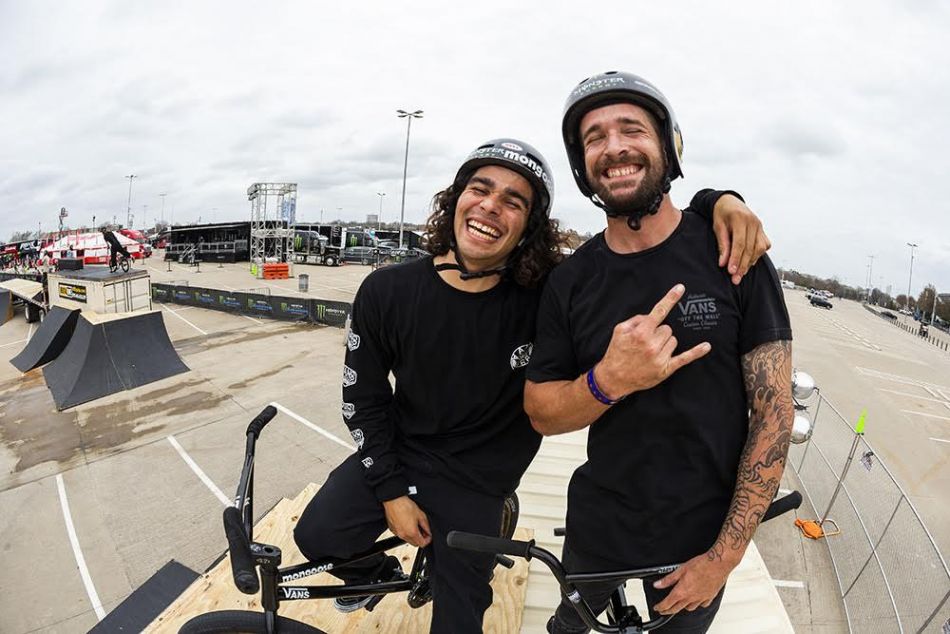 The BMX Triple Challenge series will be continuing to ease their way back into the events and may have another event alongside the Supercross series this year. Stay tuned. 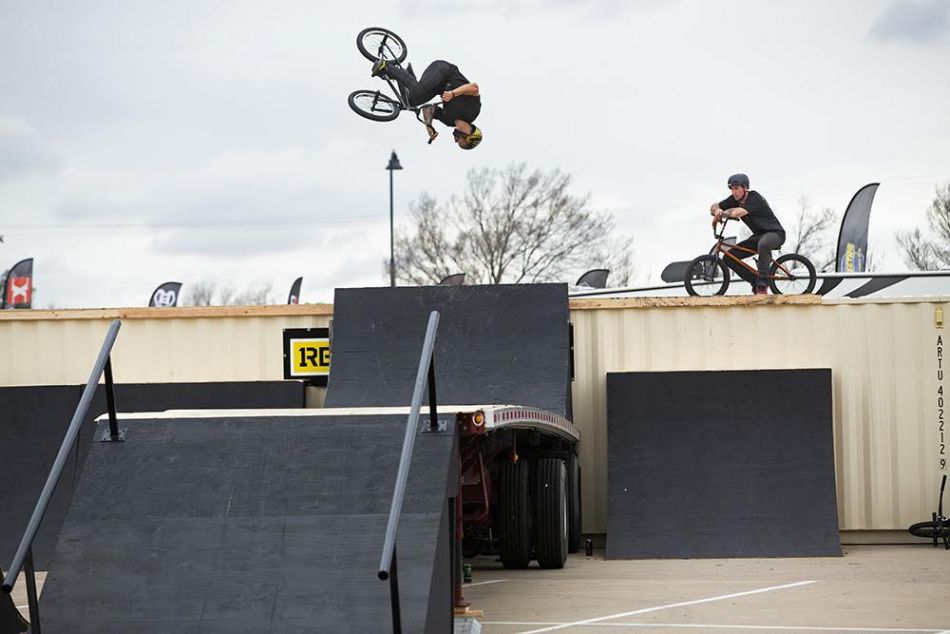 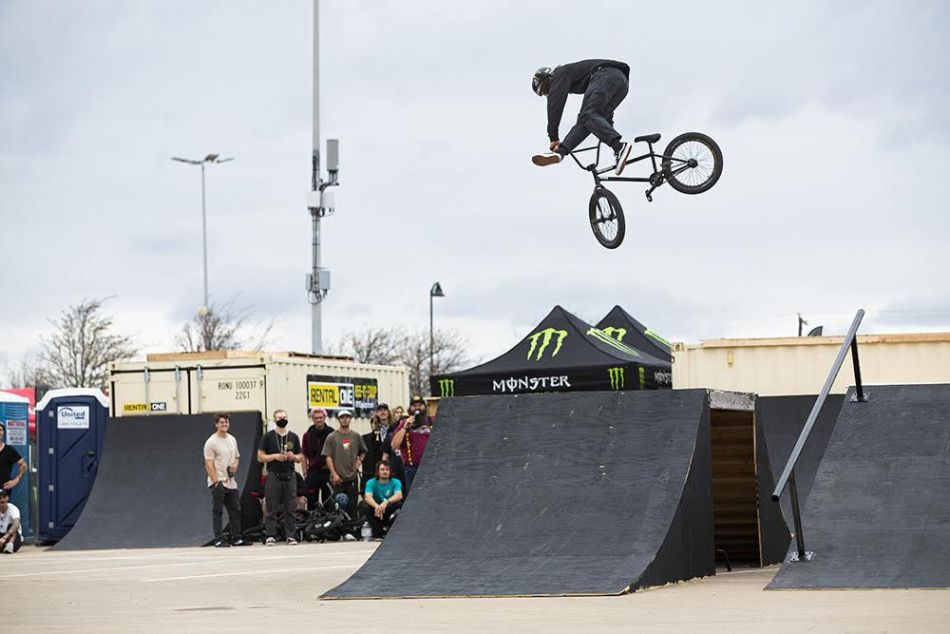