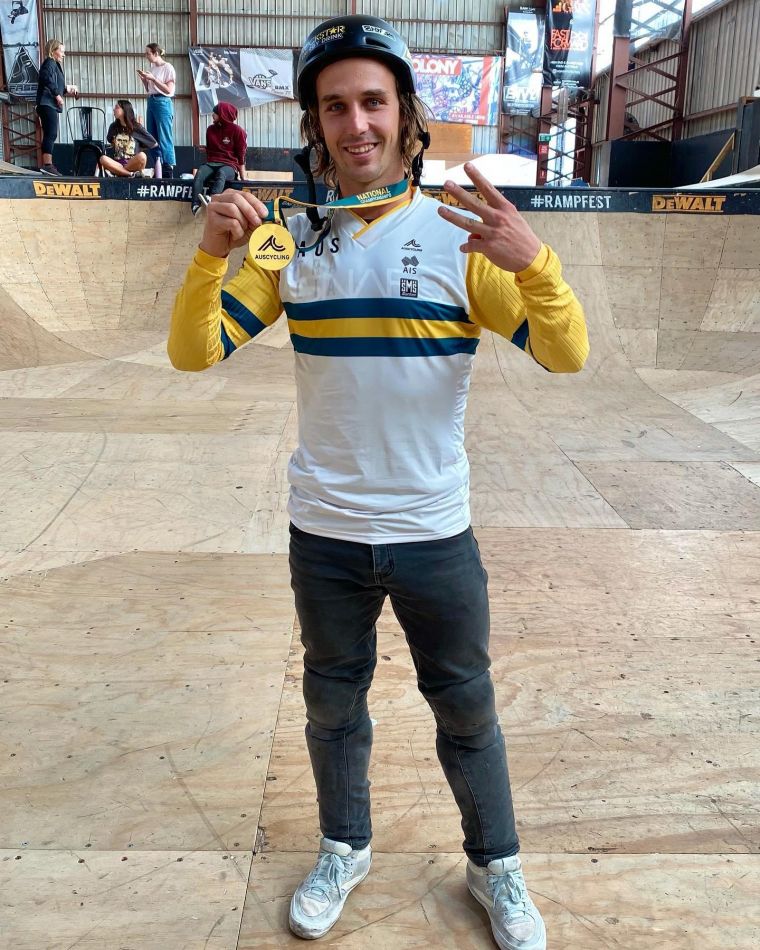 The 2021 National Park Championship took place at Rampfest in Melbourne, Australia. With the high level of riders in the country it was going to be a heavy comp to make it on the podium in the Men class. Natalya Diehm added another title to her C.V. on a borrowed bike and borrowed helmet. She had just been cleared from a broken hand on Thursday before the comp after she had already flown in. After several classes rode their National Champs, the Elite Men final is when the roof came off. In the end the results looked like this: