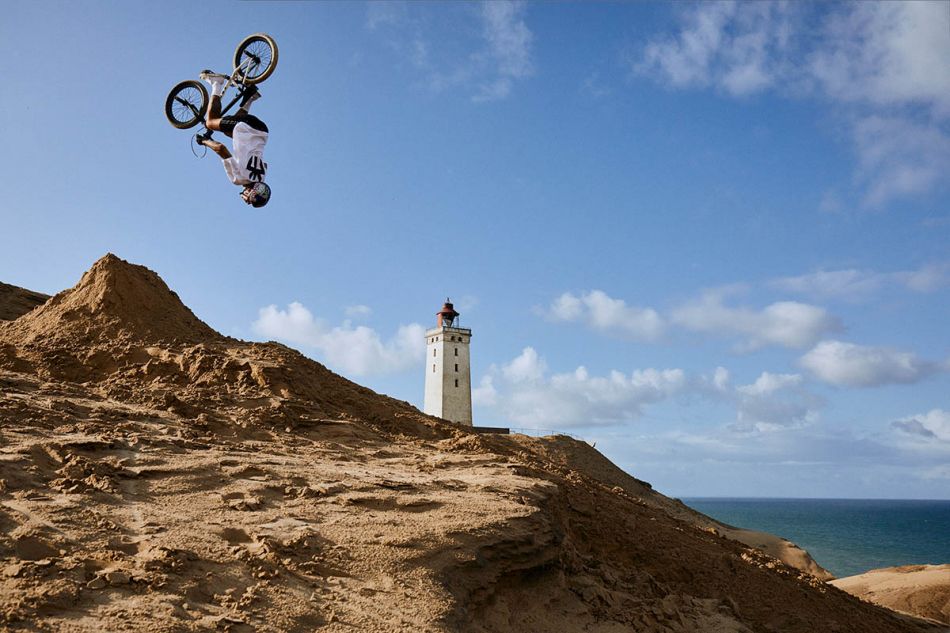 The latest and greatest BMX edit ‘The Land of Everyday Wonder’ has just dropped and is a must-watch if you have an ounce of bike oil in your blood. Starring Scottish bike-master Kriss Kyle and filmed, directed and edited by Matty Lambert ‘The Land of Everyday Wonder’ takes you on a bike spinning, wall-riding, shark-baiting, big-drop tour of Denmark and its cultural assets. Saddle up and watch in wonder as Kriss and Matty shred Denmark, the happy capital of the world.

‘The Land of Everyday Wonder’ is the latest collaboration between Scottish ripper Kriss Kyle and Matty Lambert and is a BMX masterpiece to behold. They were gifted the city keys to tear up Denmark by VisitDenmark, which allowed them to shred from looping walkways of The Wave, Copenhagen’s urban

swimming pool, and the shark pools of Den Blå Planet, National Aquarium Denmark, to the spiralling heights of Camp Adventure, the mini ‘burbs of LEGOLAND® and whippy booters in the dunes of Jutland. 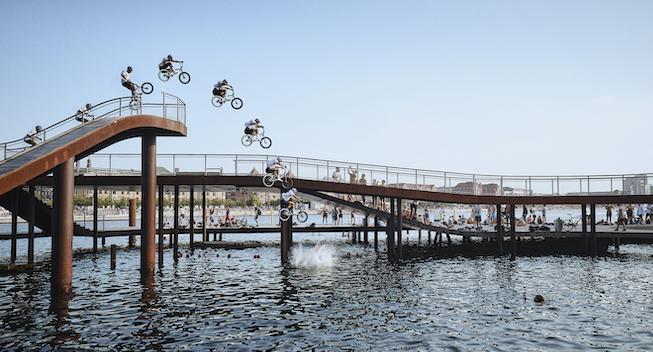 "Projects like this are super enjoyable,” says videographer Matty Lambert. “We found ourselves on the top of an aquarium roof where they had a perfect shaped quarter pipe. It was a no brainer for both me and Kriss to get it done". After all, how often does a director get to whisper into his walkie-talkie: "Hold on Kriss we’re just waiting on the shark to be in the picture?” “That’s something I don’t hear every day,” laughs Kriss, “and probably won’t ever again”.

Kriss is no stranger to making insane edits - cast your mind back to the groundbreaking Kaleidoscope project, which showcased the world's first curved Wallride to Flair – yet making ‘The Land of Everyday Wonder’ was in his words “insane!” “I’ve never been to a city and been able to ride any spot without people saying you can’t. But in Denmark, it was the total opposite. I mean, where in the world would the owner of the world's oldest fairground, Bakken Ruchebane, be completely cool with hammering up wooden boards so I could ride it?” 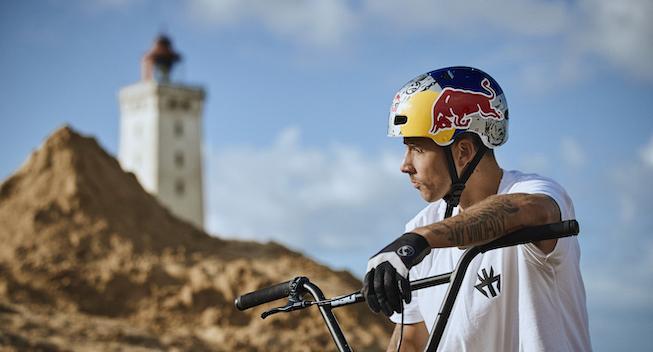 But like every BMX edit, it wasn’t all plain sailing, especially not on the Ida ferry. In near darkness Kriss footplants the guard rail of the ferry wheelhouse, dropping nearly 5 metres onto the roof of an Audi: “The first attempt didn't really go to plan” recalls Kriss with a chill, “but for the second attempt I just held on for dear life, as the drop was way bigger than I remembered. It was nice to land that trick!” Check the credits to see the bail that nearly ended the trip!

This edit will blow your mind! And from the paragliding opener when Kriss drops in among the ruins of the Atlantic Wall in Løkken to his Bond-like exit on a Nordic Seaplane, there is nothing every day in ‘The Land of Everyday Wonder’.