Written by  Bart de Jong
Read 34855 times
For young talented Motocross riders around the world the Grand Prix series is where it's at. With most GP races being held in Europe, that's probably where your home base will need to be during the season. South African Tyla Rattray made the move a few years ago and is still hunting that MX2 world title. He's been close, but not close enough so he'll give it another shot in 2007, once again riding for the Factory KTM/Red Bull squad. Tyla rides some BMX in his spare time so use that as the connection for his interview on FATBMX.

In interviews and bio's you list BMX as one of your hobbies, how often do you ride?
Tyla: I don't get much time to ride that often, but every now and then we go ride at the local BMX track.

What BMX bike do you ride these days?
Tyla: I have a Haro bike.

Do you believe BMX helps with your MX skills or is it just a way for you to have some fun?
Tyla: It is mainly just for fun and a different form of physical training but at the same time it helps because the principles are the same only there is no engine.

Who do you ride BMX with and where do you ride?
Tyla: I ride mainly in Belgium at a track in Dessel with a few of the riders that have the same physical trainer as I do, mainly Joel Smets, Josh Coppins, Kevin Strijbos and a few other Belgiun guys.

For the 2007 season you've signed on with KTM/Red Bull again to race the Grand Prix series. How bad do you want that MX2 World Title?
Tyla: I can't describe in words how bad I want it but trust me, I want it really bad.

Is it true you once raced James Stewart?
Tyla: Yeah, when I was 13 years old I raced him in a 80cc World Championship race in Germany. That day was my first ever race Internationally and I remember it was so big for me and muddy.

What did it take from racing in South Africa to making it onto a factory team in Europe?
Tyla: The level in S.A is so much lower than GP level so it is really really difficult to make it in Europe coming out of S.A. All the odds are against you, you are thown in the deep-end badly and told to swim. I think the toughest part is the mental part, you just have to believe in yourself all the time and dig deep. In the beginning the equipment is not that good, the tracks are way different and you are just way off the pace. You definitely need a strong head to fight through the bad days. 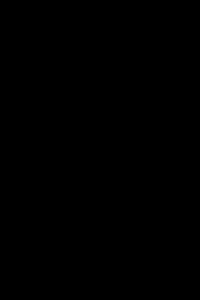 Who are Wayne and Kelly Lumgair?
Tyla: Wayne is married to my mom, he came into my life when I was 5 yrs old and basically taught me everything. He preped my bikes, and coached me all the way. Then we got a break and came to Europe together and both worked hard to get to where I am now. He still now is at every practice and race helping me, he also takes care of all my contracts and stuff and works for the factory KTM team in the engine side. He's good to have around, always positive and I don't think I could have done it without him. Kelly is Wayne's younger brother and is now my mechanic since 2001. He is definitely one of the best mechanics around and is highly respected in the industry. I am lucky to have good people around me and it makes it even better when they are family. 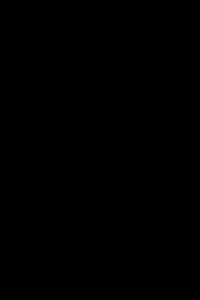 Back when Wayne was a racer he was known for his great starts. Did he hand over some of his secrets to you?
Tyla: For sure, he is always helping me to do things better. If I ride badly he tells me and we try look where I can be better. Sometimes I might even win a GP and Wayne might say ''well done for winning but you didn't ride too good''. Then he will tell me where I can go better on the track and then normally the following heat is even better.

Who is Tinus Nel and how is he a gateway for all the South African talent?
Tyla: Tinus was my first sponsor in S.A and he was the back bone to helping me get to Europe. He is a good guy and also helped Langston and a few others. He still lives pretty close to me so I still see him at some races and we are still good friends.

After some very mininal input from sponsors in South Africa who gave you your first big break?
Tyla: Tinus had a company called Protocom that was my first sponsor and he helped me a lot but my first big break came from KTM. I was only 15 yrs old and did a big race in France, there were some big names there and some how I managed to win the race which was way out of my league at the time. One of the big bosses from KTM was at the races and wanted to know who this new red headed kid was. He came and spoke to me a little and the the next week while we were traveling to a race, we got a phone call from the KTM factory asking if they could sign me up for the next 2 years. I remember how excited I was about it and couldn't sleep that night.

You came from a large batch of talented 80cc racers : Jared De Jager, Grant Langston, Wyatt Avis, Gareth Swanepoel, Lee Le Reservee. Why is it do you think your generation produced such talent?
Tyla: It's difficult to say, but for me all those guys were a bit older and stronger than me so I always was like in a class with the older guys and I think that helped me.

Where do you call home, South Africa or Belgium?
Tyla: Home is still South Africa, but Belgium is good to me too.

Thanks for your time and good luck getting that MX2 world title in 2007.
Tyla: No problem and regards.

More in this category: « The Josh Harrington interview Pim van den Bos is raising the (Dutch) level. »
back to top