Why BMX and no soccer?
Because I pretty much hate soccer. A stupid game with their stupid fans. I hate coaches except the real Coach!

What's your record eating at McD's?
Haha, uhm 47 Mc Nuggets. One day I had a little competition with some guys of my school. I ate 5 Mc Kroket (only in dutch Mc Donalds), 2 Mc Chicken, 1 Mc Flurry, 1 big banana milkshake and 3 big Coca Cola. And sometimes I eat a Big Mac in three times, did it again in Berlin because Barry Köhne wanted to see it. 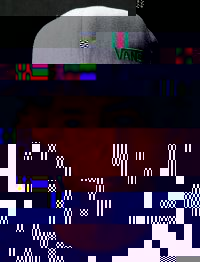 Favourite kind of music? The Sounds, Metric, The Veronicas, Thrice

Choose one:
George Bush or Balkenende:
Balkenende. He’s not my favourite but almost everyone’s better than George Bush.

Woodward or St Niklaas:
Woodward! Hope I’ll go there sometime. St.Niklaas is ghetto. Almost everywhere the same transition and you’ll hit the ground when you jump into the foampit because there’s not enough foam.

Do you smoke?
No.

Do you drink alcohol?
Yes. 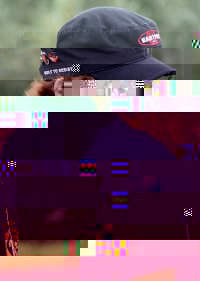 Do you use drugs?
No.

Worst injury?
I’m happy to say I had no serious injuries but I guess my worst would be broken front teeth.

Years of Riding?
I stopped playing waterpolo when I was 15 years old. I had a bmx before but never really rode it in a way a bmx bike should be ridden. I’m turning 18 in October so I guess 3 years. 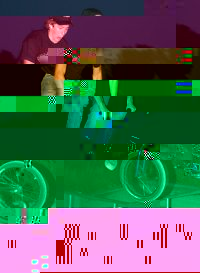 What car do you want if you can get one for free?
Hummer H2

What car do you buy if you have a license?
One that’s big enough for a couple of bikes + riders.

Any trick working on at the moment?
Flair, flipwhip.

Last words?
Thanks to my mum and dad, my sponsors especially Paul de Jong at Paul’s Boutique and Niels Thanild at Simple Bikes!