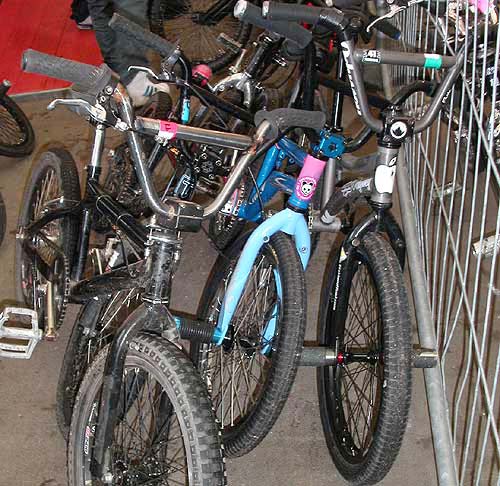 They think its all over....Not even close! The thought of spending up to 10 hours sat in a car was not appealing but the boys reckoned we could make it to Scotland in 8 so we all crammed in the Cruiser and the journey began. To say this was the trip of revelations was an understatement. I learnt more about these boys on this one jaunt than I have learnt in the year or so I have known them! Most of the revelations are unprintable but some of the nuggets of wisdom included: - Never marry a blonde - only brunettes whose parents own pubs - Oh I get it now... so if you're doing 60 miles an hour it means you can do 60 miles in one hour - Of course I slept with her she was well fit.... yeah it was a bit weird being my mates mum but what ya gonna do? 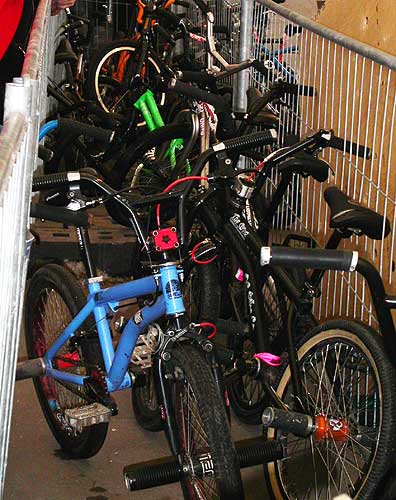 - They say men can't fake orgasms - I have three times - she never even knew and she was psyched. - What's a budget? Over all the above though, I think the funniest moment was when we managed to convince the two in the back that you needed a passport to get through the Scottish border control! Needless to say the journey was pure jokes!

We eventually rocked up to Unit 23 at around 7.30pm on Saturday evening. The boys sessioned the park for a bit and then we went out to find some nightlife. The Travelodge should have been called travel-dodge as it was well sketchy but we dropped our bags and strolled out into the night. When we looked around we realised we were on the edge of a motorway and there was only one pub and a Little Chef! After sampling the culinary delights of Little Chef we risked our lives legging it across a dual carriage way to get a slice of Dumbarton night life. The pub was a kind of Wetherspoons looking affair, it had no music, mardy staff and moody looking locals. So we ordered our Stella, Sambuca, bottle of white wine chasers and were back to the hotel by 11.45pm ­ a pretty early night by all accounts even if we were kept up buy a sleep talking Waffle going on about Myspace. 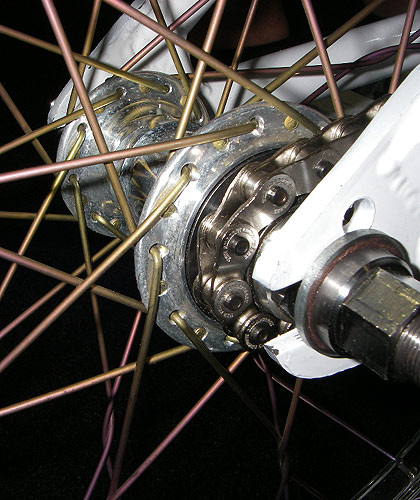 AMAZING no hangover I forgot what a Sunday was like without one. We arrived at Unit 23 around 10am and set up registrations. People filtered through over the next few hours with a chilled attitude. Lucky for them one of the judges had broken down which delayed the start of the event or we may well have had started without them. Fortunately for us there attitude to riding was much more intense.

First up were the under 14s, six entered so one unlucky rider would not qualify. All 6 showed real style and everyone was shocked to see Curved wallrides, big airs including a 5ft air out of the big quarter, 360's over the spine and an extremely well executed 360 over the box. Kriss Kyle who took first place with the highest ever under 14s score of 96.00. This guy is seriously a rider to look out for at Sheffield, he would make your Nan want to go out and ride!

After a short break it was the chance for the over 14s; following drop outs and injuries 19 riders were up. As with all the qualifiers, the riding quality was sharp. We were indulged with 360's over the box, no handers, high airs, a fakie nose pick and an impressive fufanu to ice pick on the 8ft from Marc Black. This poor guy missed qualifying by 0.67 of a point. In tenth place Disco Stu wasn't going to be forgotten with his old school no hander and impressive facial hair. Ninth place went to Colin Weir after an impressive run that included a 540 backside boneless to bomb drop in. He also won the most interesting paint job! Sixth place was shared between Hoffman (Paul Gosling) and Simon Gibb. The competition was so close that the next 3 positions were set in 0.67 of a point! In 5th and sporting Velcro trainers was Chaz Mavis impressing the judges with his smooth airs, stylish flow and a massive 720 over the jump box. Fourth went to David Lorimer who spoilt the eager audience to downside whip over the hip, a turn down flip and a 540 air. Michael McClelland wrecked his bike on his second run but it didn't matter as he pulled off a tailwhip from the spine over the gap and a massive 360 over the box winning him third place and a new wheel set to help patch up the damage. So onto the final two places ­ Matthew Gillespie looked as if he could take it but unfortunately for him he was pipped to the post by Michael Kilpatrick by just over half a point. Michael AKA Mad Mick certainly pulled out all the stops in his runs flipping the volcano and pulling the only wallride transfer which had everyone going nuts.Unfortunately we had to leave as soon as the prizes were given out as we had to face the long trip home.

So Scotland - what a trip - what a park - what a way to wind up all the qualifiers. I can not wait for Sheffield with the riding calibre we have seen from these guys already we can expect great things. The waiting is nearly over. Just a few weeks to go!

More in this category: « Ghetto Jam Salinas NorCal by Lloyd Ramsay Eastpak Greek Roads by Andy Zeiss »
back to top