Written by  Bart de Jong
Read 10773 times
Never thaught of Greece before? I mean beside spending some great holidays on one the beautiful islands arround the mainland? No? That was reason enough to book some flights, grab our bikes and HELLAS – of to Greece. The team was Ben Hennon, Tobias Wicke, Ben Shenker, Axel Jurgens, Hannu Cools and Markus Wilke. Along with Thomas Fritscher, Daniel Etter and myself the group of people couldnt have been better.

On day 1 everybody traveled to Athens individually to get together. We were welcomed by Kelly at Eastpak Greece and Andreas Yakoumis, a greek Eastpak team rider. As everybody can imagine nothing really happend that day – riding wise I mean. We checked into our hotel, set up our bikes, had a few beers and had a very nice welcome dinner with some more greek riders and friends. Some of them will follow us for the rest of the trip – head first my friend Chris Martatos – a fruitcake with silly jokes, great riding skillz but unfortunately a broke wrist. But he took care of the fun/humour level for the week.

On day 2 we woke up, had some breakfast and decided to hit the beach – hey, did I already mention that the trip was supposed to be riding and exploring?! So we chilled for some hours, had great food again (great Saganakis/fried cheese) and finally at night went for some first riding in downtown Athens. Tobias, Bennon and Hannu killed it – amazing riding.... My favourite part was Hennon doing this icepick grind down a rail right at a army jet which was was even secured by a guard. The security was down with the riding and enjoyed the show... 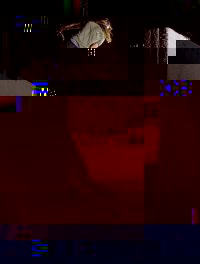 Day 3 we woke up and hit the road to north Greece. A small town called Kalampaka was our aim for the day to shred an amazing fullpipe. That thing was awesome and we could have had even more hours of fun there. Spending a night there with some great dinner (again) we rode a local skatepark a bit where our ramp riders Tobias, Shenker, Hennon and Axel Jurgens proved their ramp skillz. The ramps were really in a bad shape but they still managed to kill them even more... Later that day it was driving time again towards Thessaloniki in North Greece. A fantastic city right at the see with a harbor and loose people. It reminded me bit like Barcelona from the vibe. We were very warm-welcomed by all the locals. George and them showed us around and later that day we went for a bit street riding at Thessaloniki university and several other great unexplored spots. But at 3.30 o´clock in the morning it was enough of riding and everybody fell asleep. 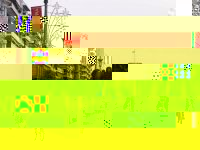 Day 6 was another day of riding in Thessaloniki. That city has so much spots, rails, curve wallrides, ledges, gaps, banks,... you name it! And the best thing is you don't get kicked out by security - well at least not from the most ones. The funniest thing was Markus grinding an almost flatrail and trying to 180 out of it. On one side of the rail was a public parking for motobikes, etc. Markus fell over and tipped three of them on the side. One of them got damaged a bit and Markus ended up paying 70,-€ for a broken mirror and several scratches. Not too bad actually. 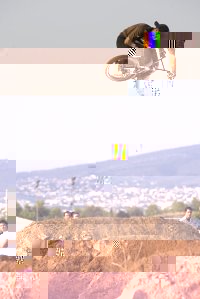 On day 7 we needed to be back in Athens at 4.00 pm for a final Eastpak Bmx demo at a local skatepark. That was meaning everybody needed to get up at 7.00 in the morning – not the easiest part when you´re enjoying nightlife at its best. We arrived in Athens in time and the guys got ready. There were a lot of people to watch the demo and I think everybody was stoked. The park had a bit of bad luck cause 4 days before the demo some dudes decided to burn half of the park down. Stupid f.....! But he Athens locals did their best to build everything up again as best as possible. There were also some dirt jumps which Axel and Tobias enjoyed.

The last day was chill out day and we went for some cliff diving. The water was awesome and everybody had a blast doing flips and stuff. Some of us even went for some final riding after before we did some sight-seeing things.

What can I say – Greece will always be a trip worth – and def. Take your bike!

Many thanks to Andreas Yakoumis, George Felekis, Chris Martatos, Kelly @ EP Greece and all the locals for having us and showing us around.

A to the Z 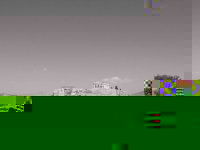 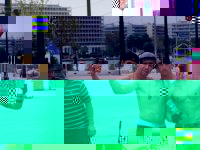 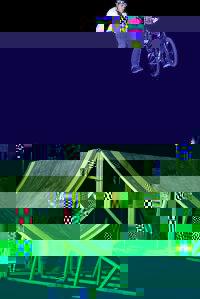 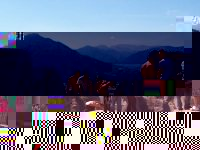 More in this category: « Backyard jam qualifier at Unit 23 - Dumbarton, Scotland BMX in Tailand. Brought to you by Chris San Agustin »
back to top