Written by  Bart de Jong
Read 6965 times
Flatland in France is big. The media pushes it and it shows. With a couple of Germans and a few Japanese riders at the FISE the level was high. High enough for York Uno not to make the final. He played it safe by doing "easy" tricks in qualifying but the judges noticed and didn't give him a spot in the final top 8. The final was ruled by Japan though with Hiroya Morizaki spinning to first and Taka getting second. Alex Jumelin's protégée Matthias Dandois was killing it on his Bram Verhallen-KHE and finished up the top three, one of his best pro results ever. Frank "Lowcash" Lukas brought a posse of friends over from Germany for mental support (and fun). He couldn't pull every spin he tried but pulled enough to get fourth place. Adam Kun had a flat in the first group of the jam session final and rode in the last group of three. He did manage to pull some impressive combo's for 5th. In 6th we have Alexis Desolneux. With Alexis it's on or it isn't. He didn't ride terrible and with a full more tricks pulled he would have been in the top three easily but the sloping asphalt wasn't on his side in the finals. 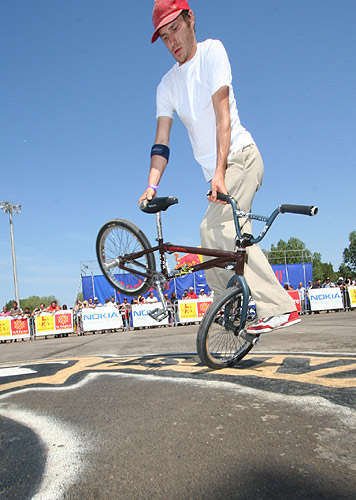 Alexis ran out of space on his rolling cross footed variations a few times and ended up in 6th. Benjamin Crossjohan rides with Frank Lukas but Frank hasn't taught him the secret of spinning yet. Benjamin has his own style and picked up a ride from wethepeople recently. Alex Jumelin finished last in the finals but when he pulls his new moves you'll be seeing him higher up on the ranks at the contests that are coming up. His wife is pregnant of the second one so he needs the pamper money bad. 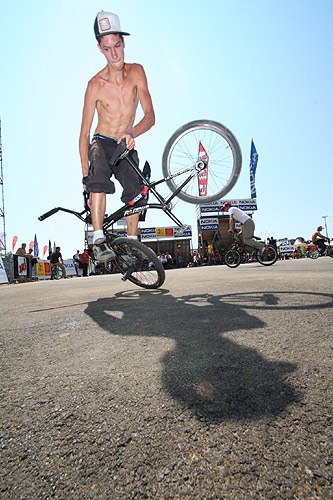 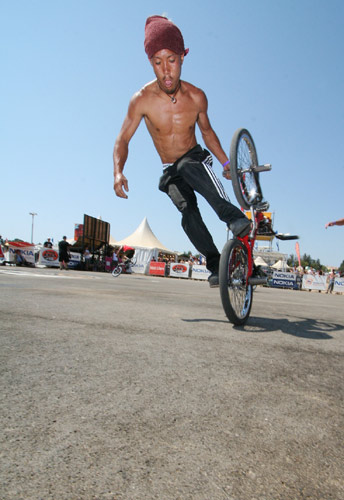 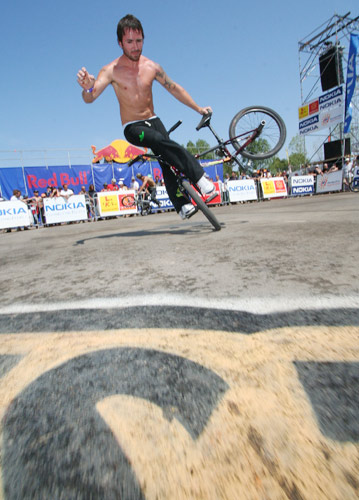 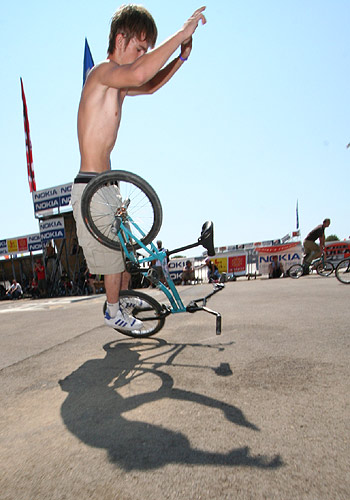 More in this category: « Pro Dirt NokiaFISE Pro Street NokiaFISE 2006 »
back to top