Written by  Bart de Jong
Read 9710 times
The Dirt set-up for the tenth FISE was nice. A big 40ft container was used to get speed for the drop-in. Three big sets followed and then a 80 degree left turn brought you to the final jump that you could jump either straight, at 120 degrees or the full hip to the left at a 90 degree angle. The pro class went straight to the finals on Saturday night. The vibe was great with a loud (drunk) crowd, some fireworks, loud music and Lionel Cardoso on the MIC. As always the riders made the show. Each one of them had 4 runs of which the best three counted. This left room for trying out new tricks but you still had to be consistent to end up high on the score sheets.

Alejandro Caro was riding a borrowed bike but it didn't seem to hurt his riding. He had four super consitent runs with big bangers like 720-s, x-up flips and 3-whips. The Colombian scored first but left straight after the comp with Markus Hampl to finish up the Dirt jumps for the BMX Masters. 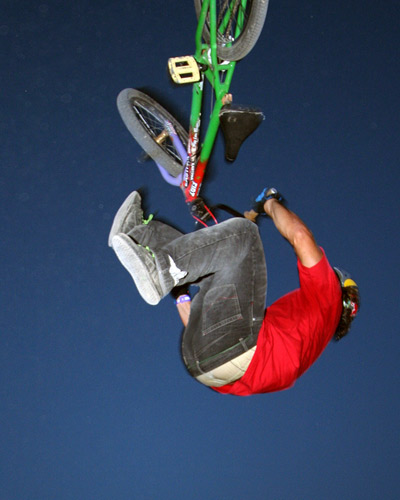 Now that we mentioned Markus, he scored 2nd place. His first run was a miss so the pressure was on for the Suzuki rider. He got back with 360 turndowns, 360 tables and a front flip. The German has added that trick to his bag. He also pulled opposite 360 lookbacks and turndown flips just so you know. We all hated our own teams being eliminated one by one in the World Cup. The only happy BMX pro is Alessandro Barbero. He even spray painted his white hat in Red/white/green to show where he's coming from. Alessandro isn't messing around lately and pulled front flips, 3-whips, truckdrivers and flipwhips for bronze. First French rider in the results list is BB. He had 3 good runs in the bank when he finished with a 360, a flipwhip and a no footed cancan one-hander. 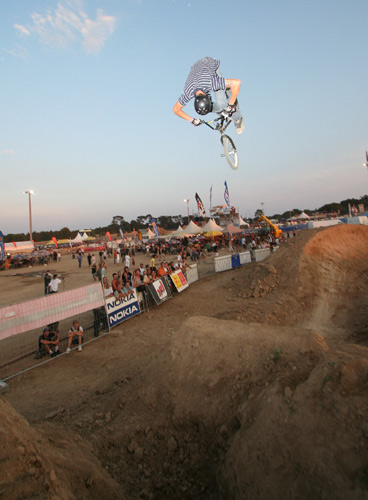 Ben Wallace (5th) hadn't touched dirt for over a year but decided to ride a bit with fellow Mike Miller. He simply moved over his tricks from the street course to the dirt and showed front flips, double tailwhips and no-handed flips. We say that Ben should enter dirt comps more often because when he pulls his shit he's a contender. "Good old" Patrick Guimez was on fire wearing nothing but his Pull-in boxers (just kidding). I've got the judging sheets here with me so I can list a few of his tricks too: tailwhip, turndown flips, 360-x-up and a no-handed flip were done by "Patoche" at one point or the other. William Conry got 7th and Mike Miller rounded up the top 8 with more style than should be allowed. After three good runs he rolled the dice and made his last run a scratch after 360-ing the big first set.

All good dirt jump contests finish with an extra train session. The one in Montpellier lasted forever. Fabien Francois got close to pulling a barspin to tailwhip and Mathis Bienaime pulled a "backy to fronty" and got the crowd going. And Yanick, I like your style. 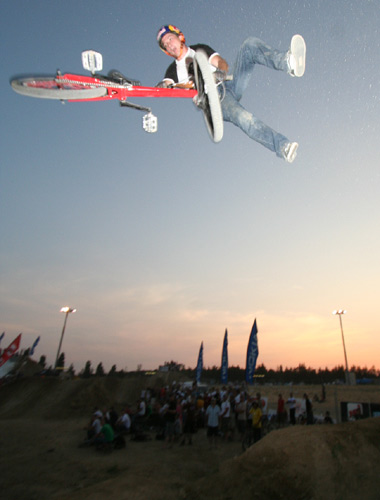 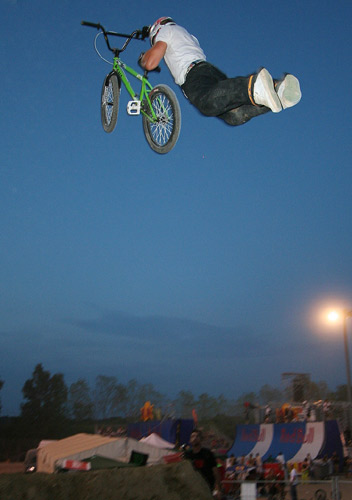 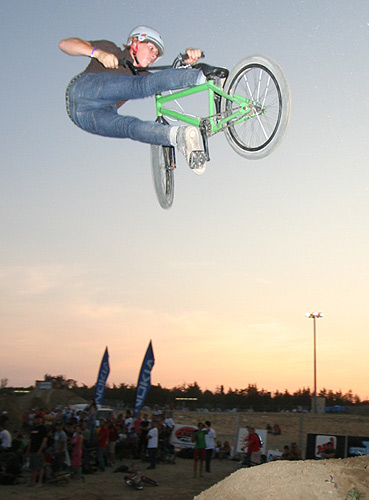