Written by  Bart de Jong
Read 37082 times
It's 21:15pm right now on Saturday 18 March 2006. The People's Store in Cologne was opened today. We drove over to Koelle to check it out and were impressed. The store is very stylish and well thought out. It's got a little showroom on the left in a separate building but the main shop is where the action is. Janosh's BMX shop and wethepeople teamed up to form the People's store. Janosh will be running the BMX shop that was designed and planned out by Harry Schmidt and Klaus Dyba of wethepeople.

Next to a full range of wethepeople equipment and FUSE protection gear, the shop carries BMX specific shoes from Orchid, etnies and Lotek and bikes from Hoffman as well as hard to find special stuff like adidas' Y3 bike and the retro Mongoose. 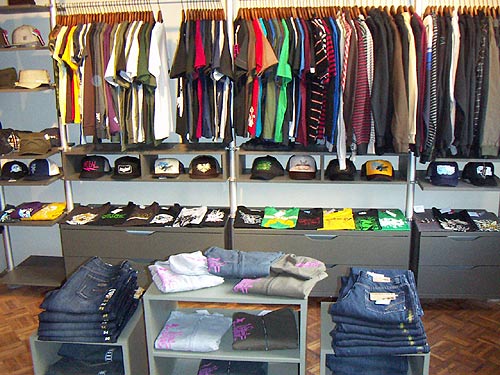 There's a good range of clothing to choose from and some of the parts have a great display. The grips are mounted on a rack so you can get a good view and feel of it. Cranks and hubs are hidden in drawers. Pull the drawer out and see the selection. We noticed frames from a.o. KHE and S&M so if you think it's a wethepeople outlet store only, you're wrong.

The selection of DVD's and magazines is huge and at the workshop in the back there's a TV playing the latest video. Animal's All Day video was a favorite on the day of the opening. The workshop was also used for an art show (more on that later this week) and Peter Fastenroth had the time of his life serving local beer from the keg. He 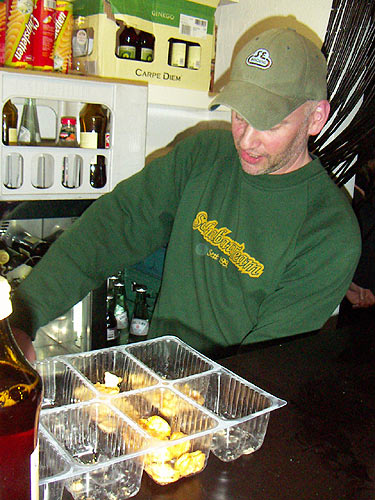 "Pumped ab das Bier" like he was a professional bar tender. As the leader of the Schabau team he actually does have some experience.

Loads of people showed up. Pretty much all the Cologne locals from present and the past made their way over to the Roonstrasse. Axel Reichertz and Paddy Gross drove up from Trier and 3 vehicles made it over from Oldenburg. Ed Docherty and Rob Harrison from the Great Britain are now Cologne locals and of course they were present. 48 shop from Switzerland and Paul's Boutique from Holland. 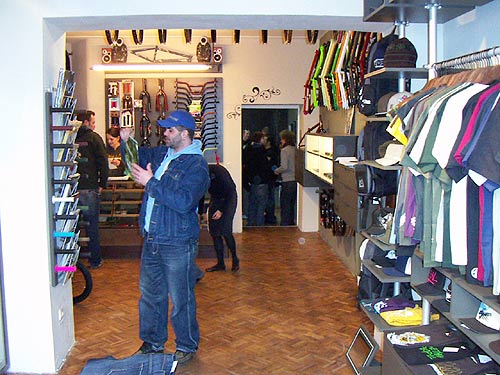 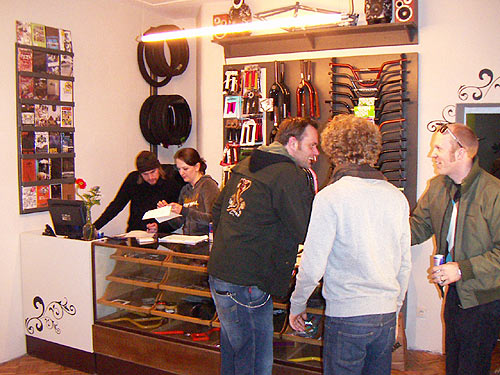 If you're getting curious and would like to visit the shop yourself, the address is: Roonstr. 61, 50674 Cologne, Germany. Directions and a map can be found on [url=http://www.peoples-store.de] the People's website[/url]. Grab a cup of coffee or drink a cup of tea with the Brits or maybe Janosh can hook you up with a hidden cold one. I'm sure he's drinking a Koelsch right now. Good luck guys. 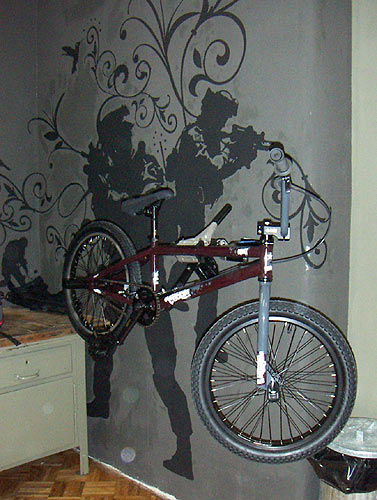 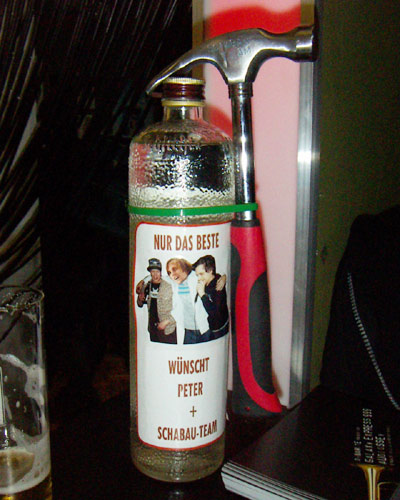 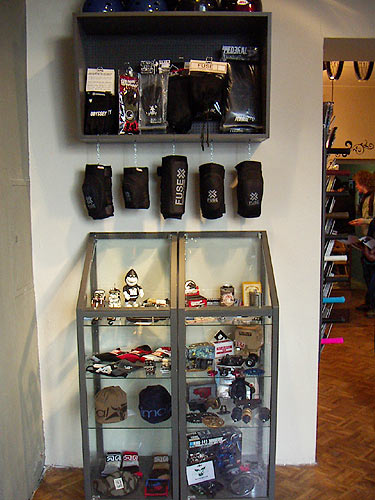 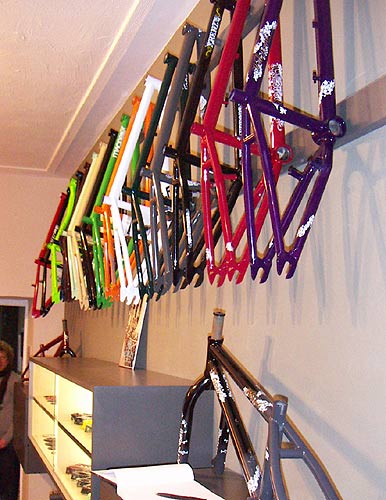 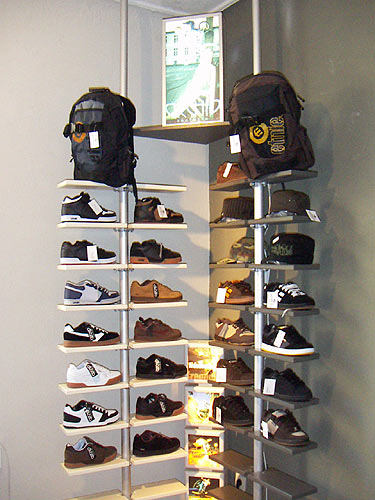