Name: John Povah
Age: 36 years old, married, got a kid on the way
Hometown: Corona, California. Been in the USA for 17 years.

When you moved here you didn’t have a job in the bicycle industry, what did you do to survive so you could still ride your bike in sunny California?

Povah: Originally the reason why I came over here was to ride my bike. I had a job painting cars. I always rode and in the weekends I did shows and made a lot of extra money that way but I still painted cars for a living. Down the line I was fortunately enough to get a job building ramps instead of painting cars which was also better for my health. From there I met Jay Miron, got a job with Schwinn. Schwinn went bankrupt and from there I got a job at etnies.

Do you feel you’re fortunate with the way your life turned out or do you feel that with your BMX history and BMX dedication, you deserve a job in the industry?

Povah: I think anyone can have what they want. When I was a kid what I wanted to do is ride a bike and have fun and never thought about a job because I rode in the early eighties and there wasn’t that much money in it, you know.

I just felt that I would need a 9 to 5 job. Luckily I just rode and made good friends and it kind of snowballed and got in the position doing what I’m doing and I feel I’m very fortunate. It’s not easy work a lot of times, it’s long hours and people think it’s a cool job and it IS a cool job….

But it’s not like you’re riding your bike 6 hours a day.

Povah: Exactly! A lot of times you go to the best places on earth to ride and you don’t get to ride it. Or you hang out with the best riders on the planet and you still don’t get to ride. I ride like one day a week if I’m lucky, for a couple of hours and that’s it.

Who’s all on the etnies team now? Do you have like an A-program, B-program, how does it work over at etnies?

Povah: We’ve got an A team, a B team and a Flow team. There’s always a question who should be on which team. There are riders who I feel should step up but it’s always hard to replace riders who have been on the program for a while and you can’t just say: “You’re gone, he’s coming in.” Plus 99% of the guys are my good friends which makes it really hard.

You guys have a skatepark around the corner of the etnies offices, do team riders visit you more often because of it?

Povah: I don’t think so. The park has been good and bad for us because it doesn’t include BMX sessions every day you get a lot of complaints from the guys but for the most part it’s a good park and when the BMX sessions happen they are really good.

How many days a year do you spend on the road?

What do you do when you’re in the office? What does a job like yours entail?

Povah: Basically they give me a free range to do whatever I want and run the team however I feel it needs to be ran. But it’s keeping track of coverage, make sure the guys are getting paid if they’ve got photo incentives, answer e-mails, answer phone calls, check out the “sponsor me”-tapes. Deal with contracts, get video commercials together, work on the new video….

Talking about the video, Stew Johnson is on the job, is he going to pull it off?

Povah: Yeah, yeah, Stew is a pretty organized guy. Organizational wise he’s definitely on it, he keeps track of everything, he will show up at places he needs to be, he’s very enthusiastic. I’m predicting we’re getting this one done on time.

What’s Interbike for you?

Povah: Interbike is good times and bad times. I don’t think it’s helping BMX as much as I think it really could and I think a lot of BMX companies shoot themselves in the foot by being as difficult as they are. I think it’s beneficial and non-beneficial. For us it doesn’t really do us any good, we just have a representation there because it’s a bike trade show and not a soft-goods trade show. We’re just showing our presence and deal with the good and the bad. 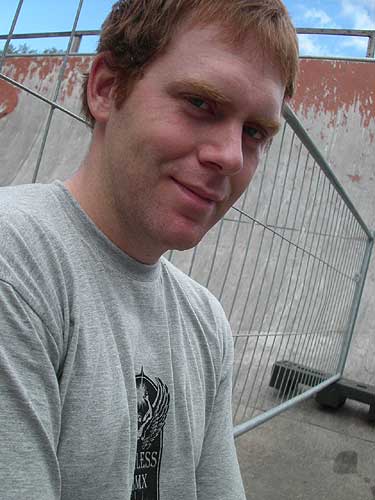 Do you go to other trade shows?

Povah: ASR I’m expected to be at but a lot of people there are not interested in BMX. A lot of people who go there hate BMX but I go to show support. Obviously Interbike and Subdivision, those are the most important ones.

Who all have an etnies model shoe?

Where do you sell the BMX specific shoes? 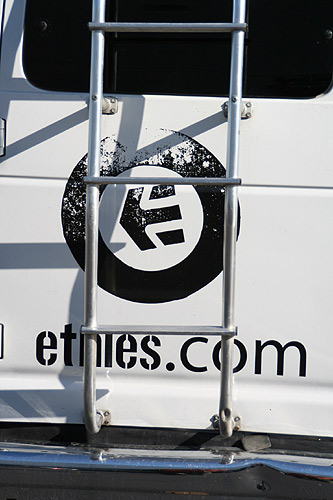 Povah: We do sell them in skate stores. A skateboard store is exactly that, a skateboard store. You don’t have like a beach cruiser/skateboard store or road bike/skateboard stores. With bicycle stores it’s pretty tough because they sell a lot of different things with exercise bikes, road bikes, mountain bikes and then a little corner for BMX. For them to commit to a full range of etnies BMX specific shoes is hard. It’s expensive and it takes up a lot of room. A skateboard store is much more fashion driven. If bike shops got a bit more that way I think we would probably do a better job. Skateboard stores are the top spots for us. They may think that a shoe is really, really good but as soon as you tell them it’s a BMX shoe they’re like, man, we’re not taking it. They either feel like it will be detrimental to their business or they want to stick to skateboarding and they won’t take it. I think they should leave it up to the kids. Take the shoe in, put it on the shelve and if a kid likes that shoe, he’s going to buy it. He doesn’t know if it’s a bike shoe or not. This will give the kid the option and not the store owner.

Where can people check out all the etnies stuff?

Povah: etnies.com or at your local etnies dealer.