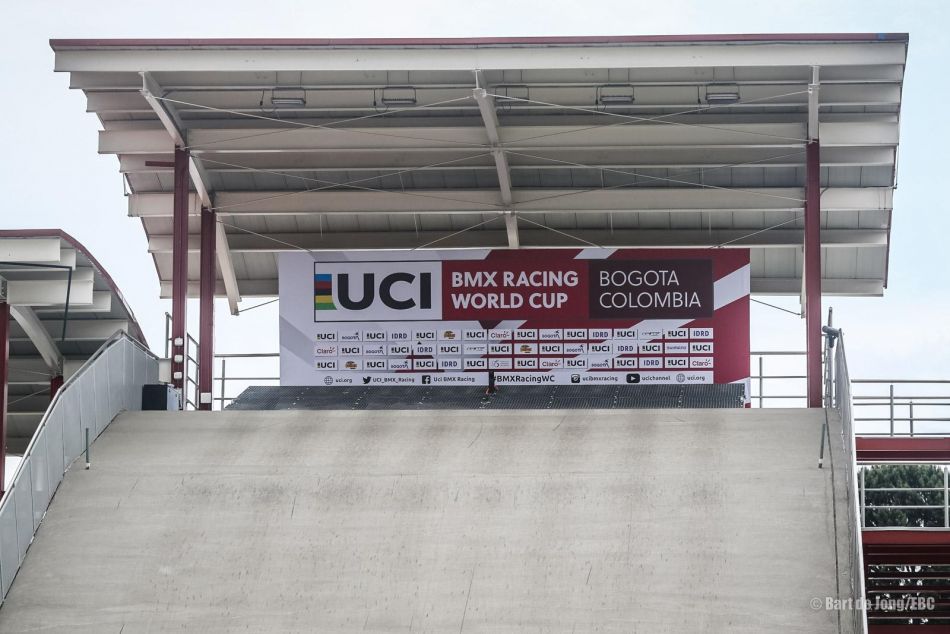 Through the UCI I've been lucky enough to be present at the UCI BMX Racing World Cups. With previous rounds over the years happening closer to home in Belgium, England, Italy, France, Netherlands, and Sweden, we now made it over to Bogota, Colombia. The 05:10am alarm clock gave me 20 minutes to get ready to leave the house for the 10 minute walk to the nearest train station at Helmond-Brandevoort. In Eindhoven I switched trains to Utrecht where the announcement came that a defect train was on the rails in between Utrecht and Amsterdam-Centraal. Luckily enough the train to Schiphol wasn't affected by it so I made it to the airport at 07:27hr, in time for the 10:10hr departure on the straight flight to the city of Bogota. 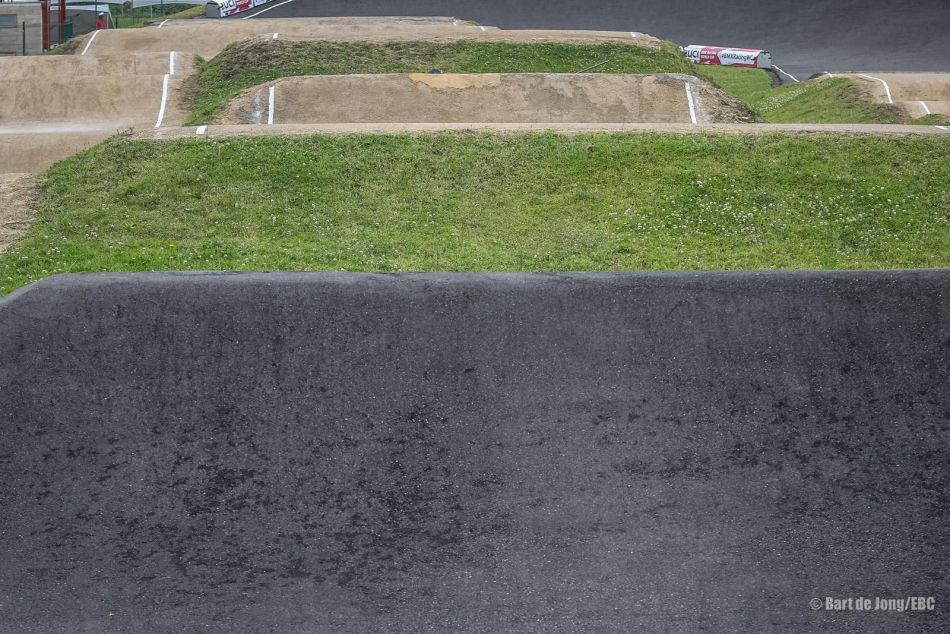 Total flight time was 10 hours and 10 minutes. Having wifi helped a lot. Another hour in line at customs but made it through okay. The bag showed up (yeah) and then it was time to find the shuttle. It's a big help always when things work out. There's a lot of planning involved and the travel part takes forever but before it was time to check-in at the hotel Craig Dutton was inviting us over for a brewski at the Hooters next door. Needless to say we stayed there for a while and had a few more. Catching up after a long trip is always good especially with people you like. 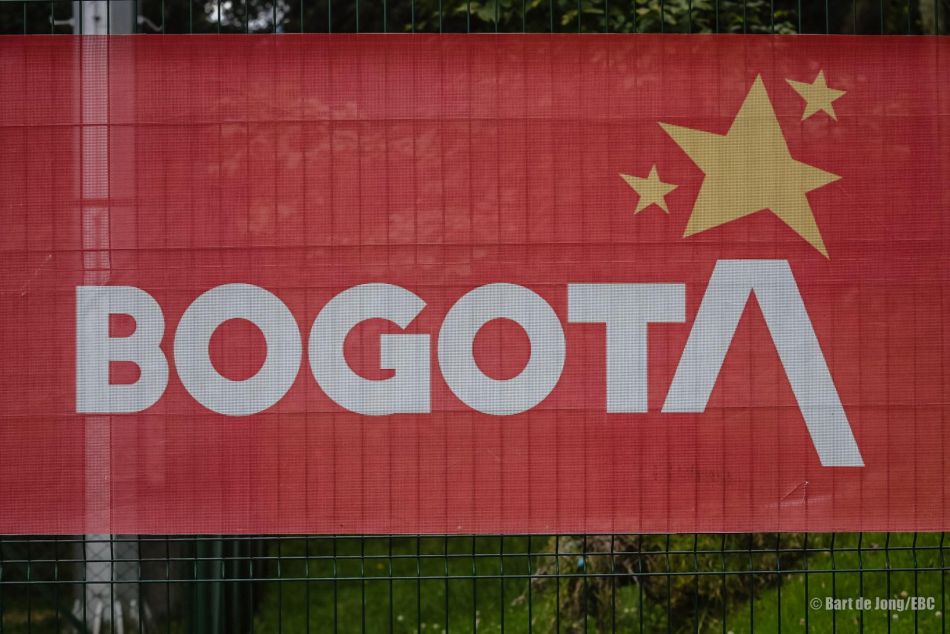 After checking into the room I had to cancel the 7pm dinner. I simply was done and had been awake for almost 24 hours and passed out to wake up at 1am wide awake. It's how it goes sometimes. The travel, the altitude in Bogota, the time change, the beers and the lack of sleep messes with your system, but that's how we do.

Breakfast this morning with BMX-ers all around. Most of them had to do a similar travel route and you can only respect them for having to deliver on the track the two upcoming weekends. A covid-test followed in the morning before access was allowed on the BMX track. I've had it with these tests but this way you know that being at the track is a safe place. It's a car-less day in Bogota today but if you have a car with 3 or more people in it you're good. The shuttle in the morning had more than 3. 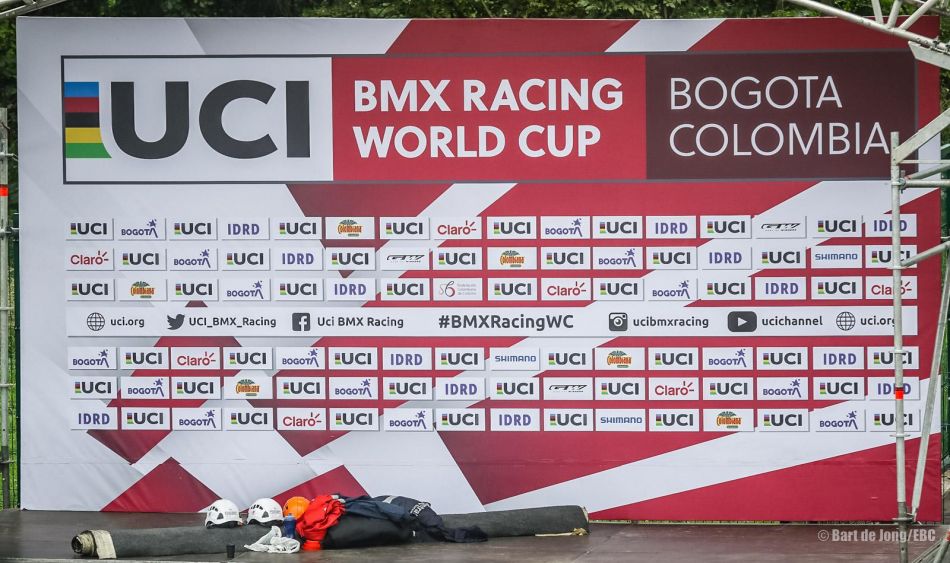 First impression of the track is good. it's actually an amazing facility with permanent gym, offices, toilets, 5 and 8 meter starting hills and a paved parc fermé. The track is smooth and can handle some rain. It has been put through the test already this week but it showed no sign of damage. Banners are being put up, the wifi is being installed, camera positions are chosen and timing is being set-up.

We'll report more about the racing in the upcoming days. Make sure to check back in. The travel is already forgotten. It's time for BMX now. 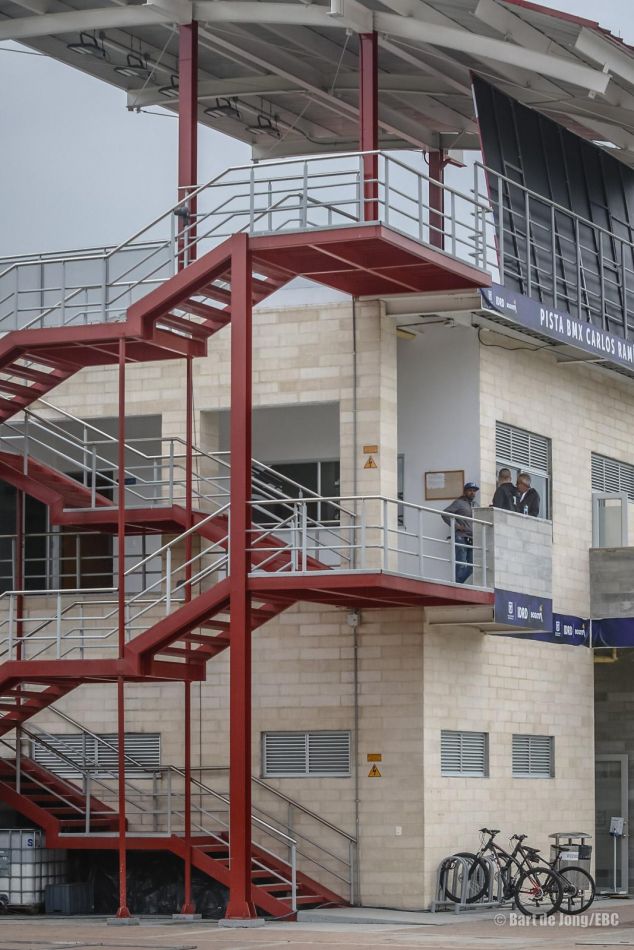 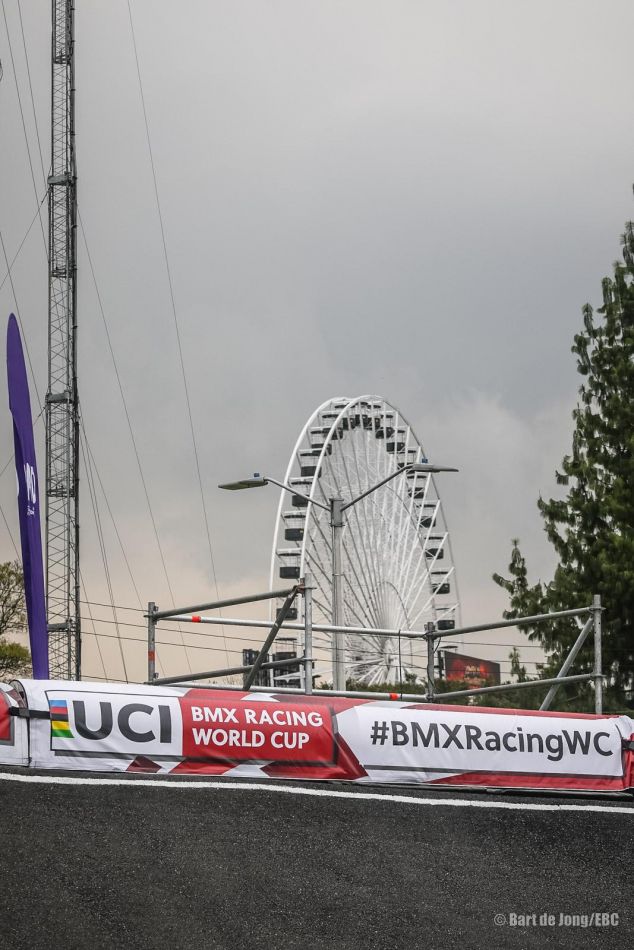