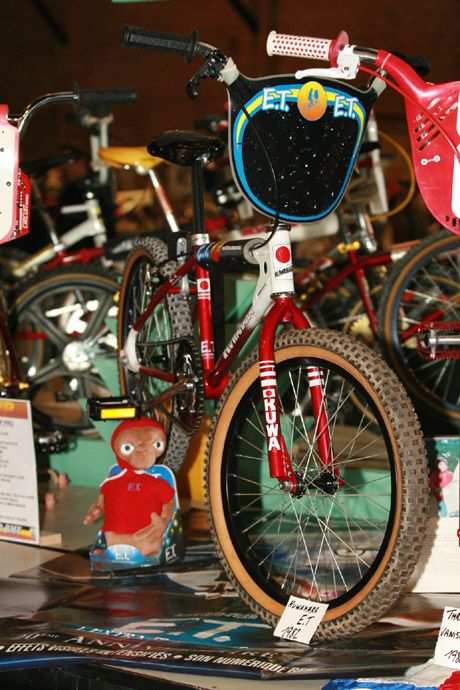 The 30th anniversary of BMX in Holland turned out to be a 52 years aninversary, Gerrit Does showed a movie with BMX riders in 1957 somewhere in Amersfoort Holland! We will have this clip on FATBMX soon, after pictures of 1957 and the film of 1958 it is up to the Americans to prove that BMX is an "all American sport" hahahaha. Ten Old School bike collectors put up a great show in the "music hall" at Slagharen with about 100 bikes! We were really impressed with the turnout and lots of nice bikes were on display for the audience. Three judges were pointed and they had a hard job to find the right winners in 5 catagories. Paul's Boutique BMX supported this event with 5 pairs of VANS RAD SERIES signature shoes and Marcha Blanker made nice trophies but they got lost in the post somewhere but will be send to the winners later: 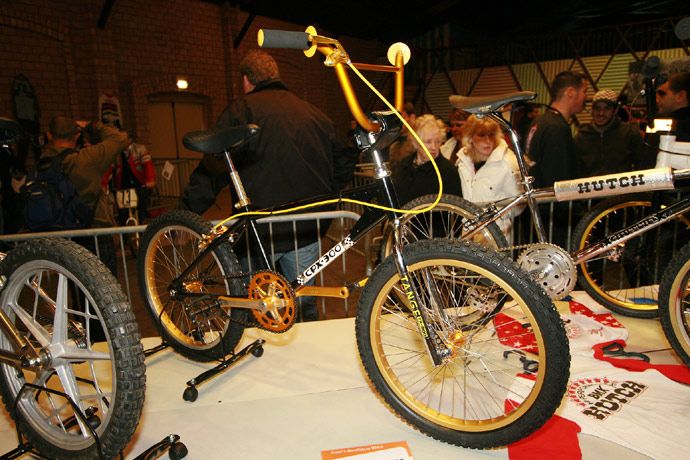 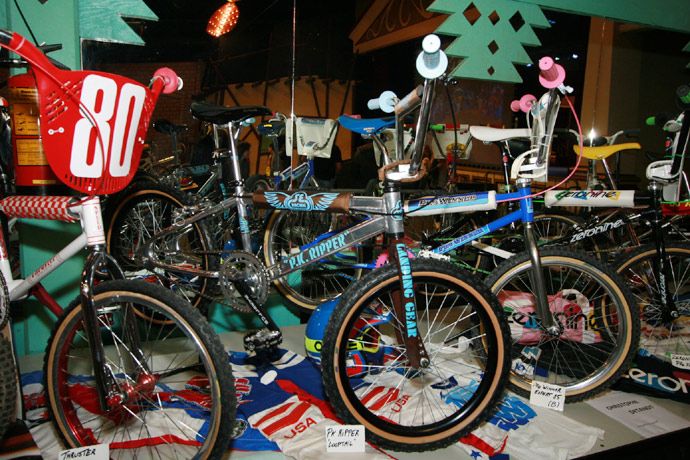 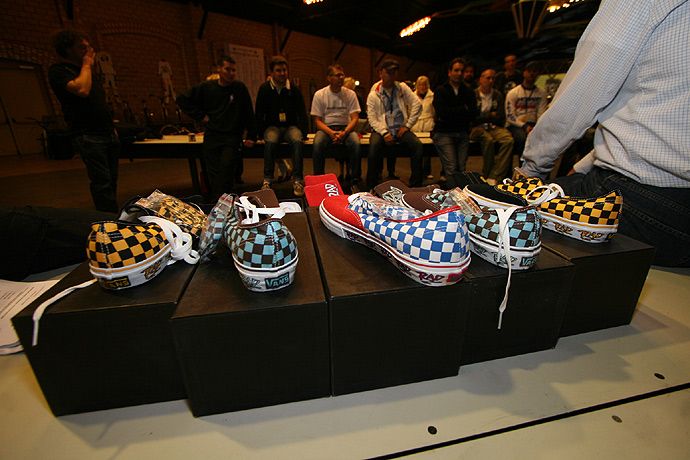 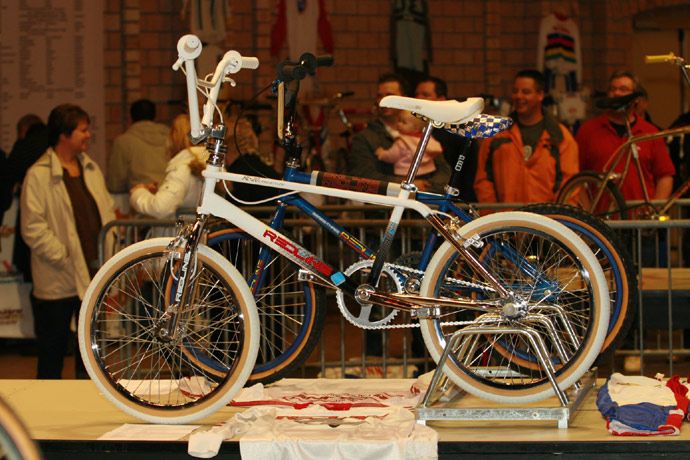 Most Unique Bike of Show: 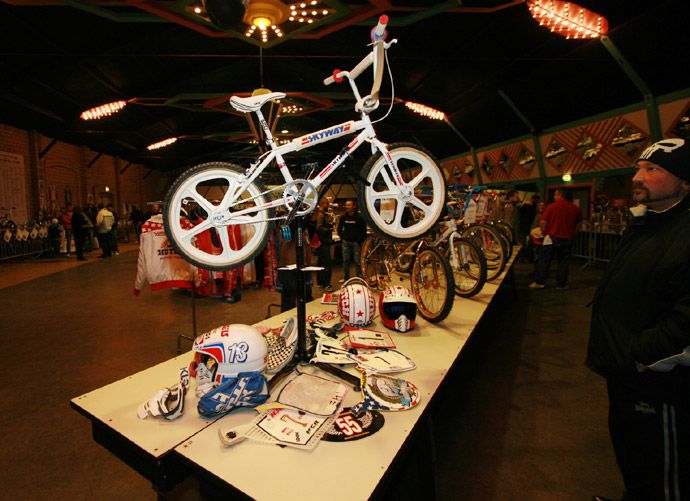 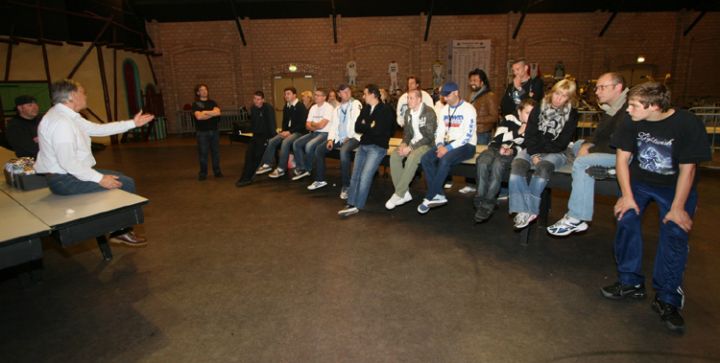 And BEST OF SHOW is Christophe Detandt with the PK Ripper Looptail 1984-85
(most points of all catagories: 89)
Thanks to all collectors, Gerrit Does, BMX Museum, TVE, Paul's Boutique and VANS for their support! 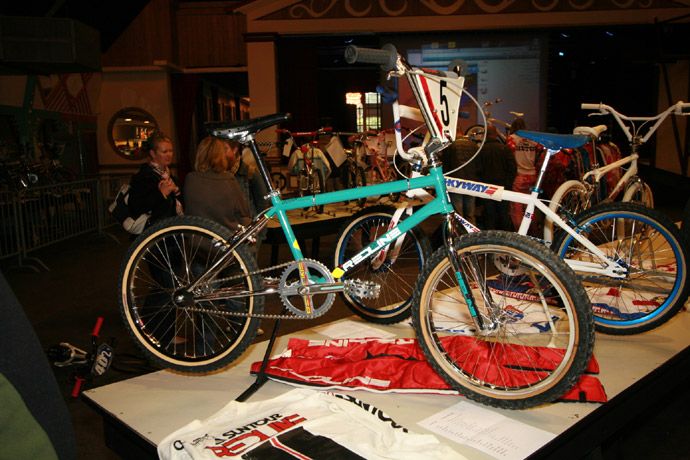 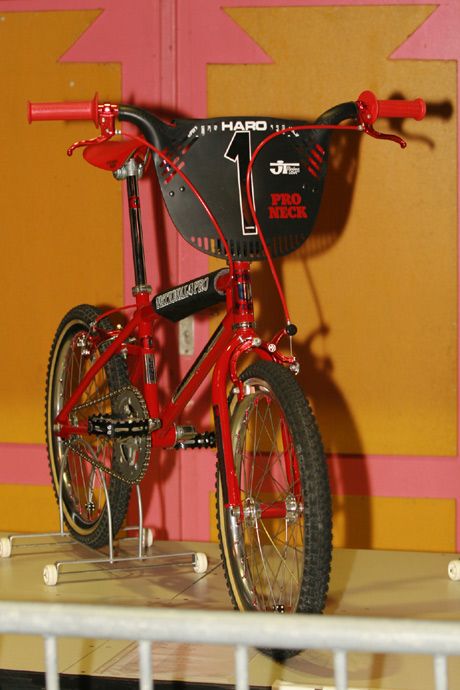 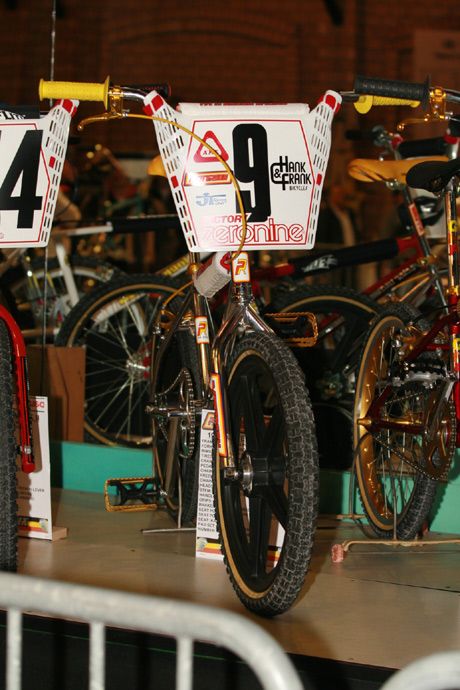