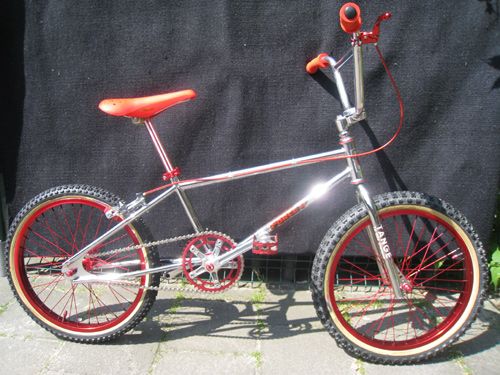 Hank & Frank was a famous BMX shop in the Bay area California, lots of Pro's were riding with their famous stickers. I was stayin at Dave Vanderspeks parents house in the early 90's and visited Hank & Frank in Oakland but found out that they didn't carry any BMX stuff except for 2 GT logo tires so "I bought out the whole BMX section" and still have those tires at my house including two of their famous stickers in pink and green. I was checking Ebay and found this HANK & FRANK Force II frame and it surprised me that H&F made frames in the past, and even a FORCE II means there was a FORCE I as well. 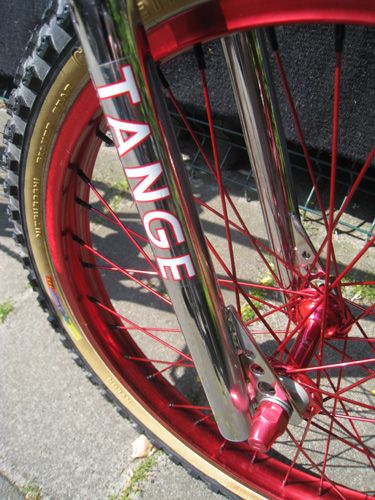 The frame was in the U.K. and I was the only bidder so got a lot of history for very cheap. I had a box with red and silver parts so I build it up with a lot of nice parts from the early 80's cause I thought it was from 1983 (there was a 3 stamped in the dropout and the framenumber is 3025) but here is what the manager of HANK & FRANK had to say last week:

WOW! There's a blast from the past. That's a very nice bike you have there. Except for the wheels, that's just how WE built them. Beautiful. The Force 2 was built (as far as we can remember) in 1978 & 1979. There is no way to tell which year yours 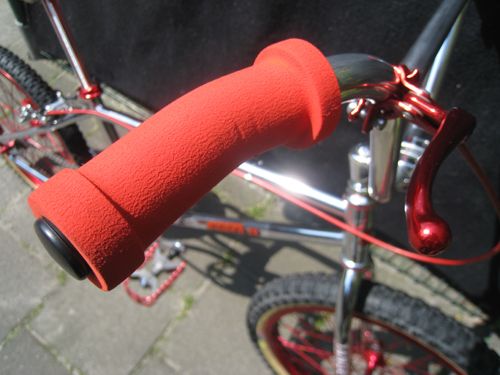 is. We have a frame just like yours hanging from the ceiling.

So I'm very stoked this bike is in my collection, if you have more information please let me know. 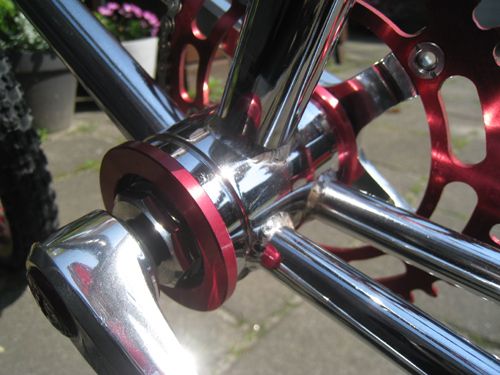 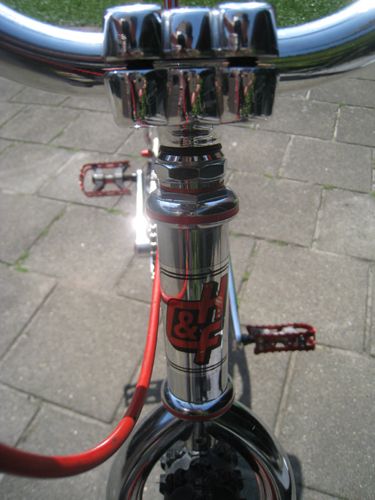 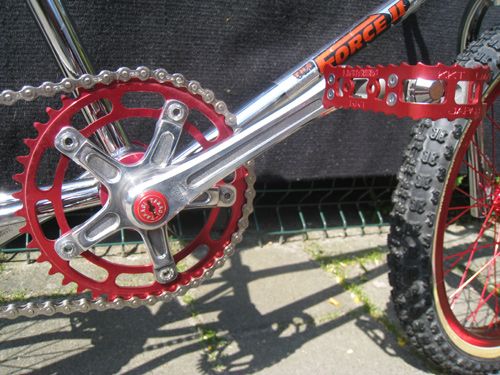