Can You Bet on BMX Competitions? 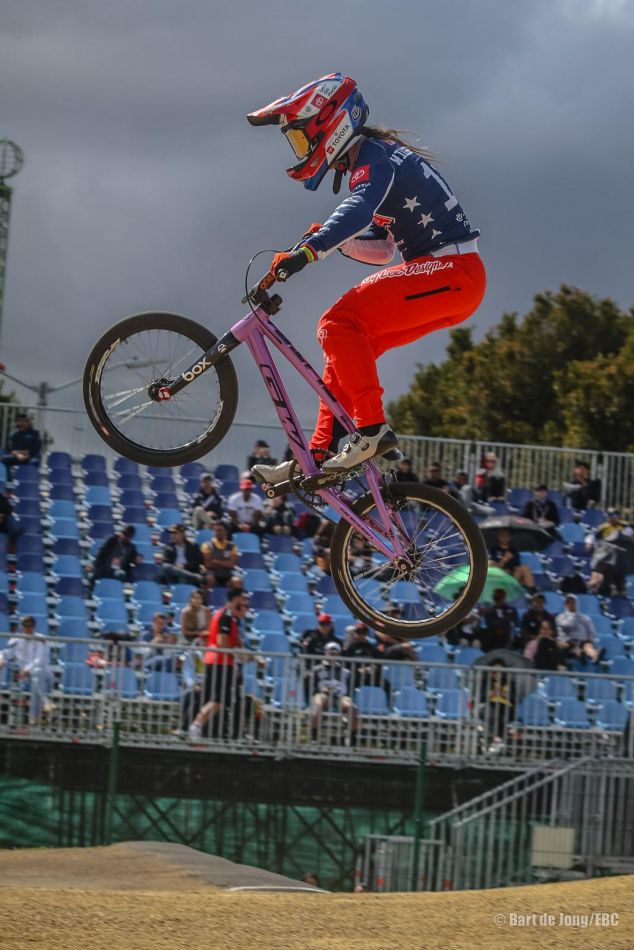 In terms of events, BMX is considered to be the fourth most popular among other competitive cycling sports events. Cyclists compete on a specially designed circuit that includes ramps and muddy areas. Cyclists also frequently compete on street circuits that feature a mix of paved roads, grassy sections, and dirt bends. This calls for both speed and stability on the part of the cyclist, allowing for the safe navigation of any impediments in the rider's path. In this article, we will be taking a look at the different types of BMX games, and where you are able to place a bet on this special sport.

Where to Bet on BMX
This sport is an entertaining one, and it is not surprising to see that many are looking to get into wagering on it. It would be advisable to find the best offshore sportsbooks so you could have the security, reliability, and ability to gamble from every state within the US. Furthermore, you should look for the current incentives available.

BMX Variations
In spite of the fact that participating in this type of sport appears to be uncomplicated and simple, this is rarely the case because there are numerous different varieties of this activity which will be detailed further on. 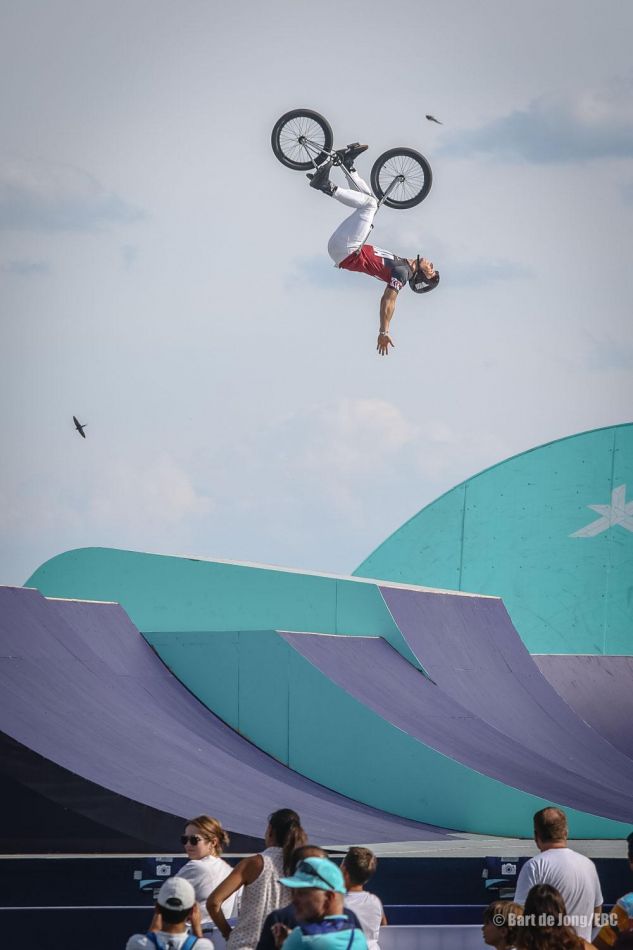 BMX Racing
Athletes compete in on-ground courses to see who can complete the course in the least amount of time. The events are held to see who could really conquer the circuit in the shortest time possible. In any one BMX competition, there can be a maximum of 8 individuals competing. They begin on a slope that is anywhere between 1.5 and 9 meters in height. Regarding the composition of the course, it must include the following components:
- four distances in a straight line;
- three different arcs;
- several challenges, such as steps-up, waves, double as well as triple springboards, tables, and more.

BMX Flatland
There is another name for this variant, which is dancing with bikes. Competitors are encouraged to utilize their vehicles and do a variety of stunts while they are on a level surface. Because of this reason, this sport has the least accident rate when compared with other variations because of this particular variation.

BMX-Vert
A participant in this variant is required to utilize their vehicle to navigate a structure in the form of a U, which is referred to as a ramp. It is among the most exciting but also perilous types of BMX. Whenever a competitor goes down one side of the ramp and shoots out the other side of the ramp, the normal circumstance is that they accomplish a variety of feats while they are in the air. After completing a standard trick, the sportsman needs to adjust the placement of his body as well as a vehicle such that they may land on the ramp. This allows them to start the trick over again from the start. 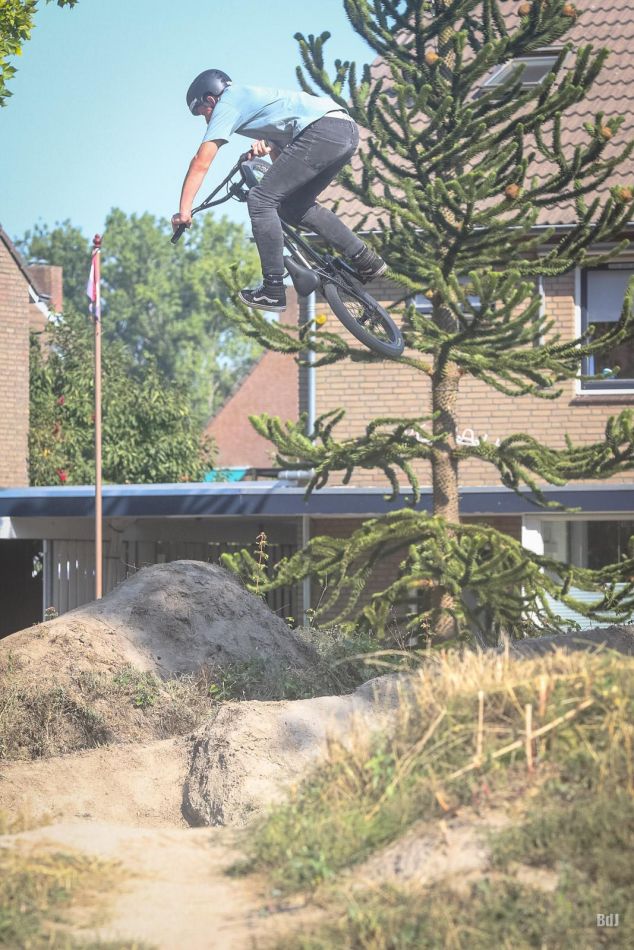 This variant similarly requires the participant to demonstrate the skills necessary, however, this time the competition takes place on a dirt course that features a number of climbs. Athletes are able to soar quite high and do fairly difficult acrobatic moves with the help of their vehicles because they travel at very high speeds.

BMX-Street
This word refers to the stunts that sportsmen pull off when they are in an urban environment. In addition to other distinguishing traits, this denotes that they must make use of typical obstacles, such as railings, stairs, balustrades, as well as other similar elements.

History
In the 1960s, motocross saw a rise in popularity inside the United States, and BMX emerged as a distinct type of sport in its own right. Children as well as teens who weren't permitted to take part in motocross tournaments came up with its basic concepts and went on to establish the sport of motocross. In this particular situation, they utilized their bikes to battle on the hand-made courses, which were pretty comparable to the courses that are used for motorcycle competitions. In addition to the previous point. They were able to prevent major injuries by using motocross gear. None anticipated it, but this type of sport that can be played in a backyard has become highly popular amongst a lot of people. BMX enthusiasts in the United States came together in the early 1970s. 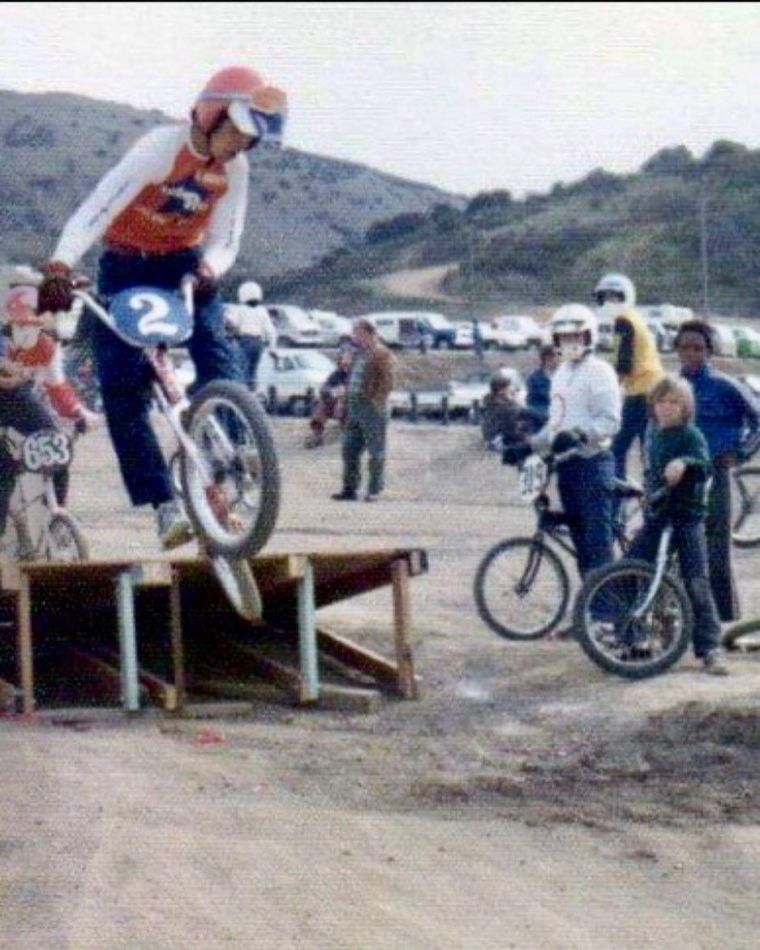 This unity, it is generally agreed upon, was the driving force behind the development of BMX into a legitimate form of athletic competition. After a while, it began spreading to neighboring nations and eventually even to other countries.

The International Bicycle and Motocross Federation (IBMXF) came into being in the year 1981. In 1982, the official body was responsible for organizing the very first BMX World Championships. When contrasted to the very first global mountain bike tournament, which took place approximately ten years later, this one took place almost ten years earlier. The one-of-a-kind qualities that BMX possesses contributed to the sport's rising popularity.

As a direct consequence of this, it took several years for the particular sort of sport to just get rid of several motocross traits and replace them with features more suited to bicycles. The year was 1993, and the event was the incorporation of BMX racing into the International Cycling Union. At the annual summit held by the International Cycling Union in 2003, it was revealed that the International Olympic Committee (IOC) had decided to incorporate the BMX competition into the schedule for the Summer Olympics that would be held in Beijing in 2008. After that, the particular type of sport was broken down into two separate competitions, one for men and one for women.

More in this category: « etnies launches Visuals, a new BMX video showcasing European riders Tickets are now available for the 2022 BMX Hall of Fame Ceremony »
back to top