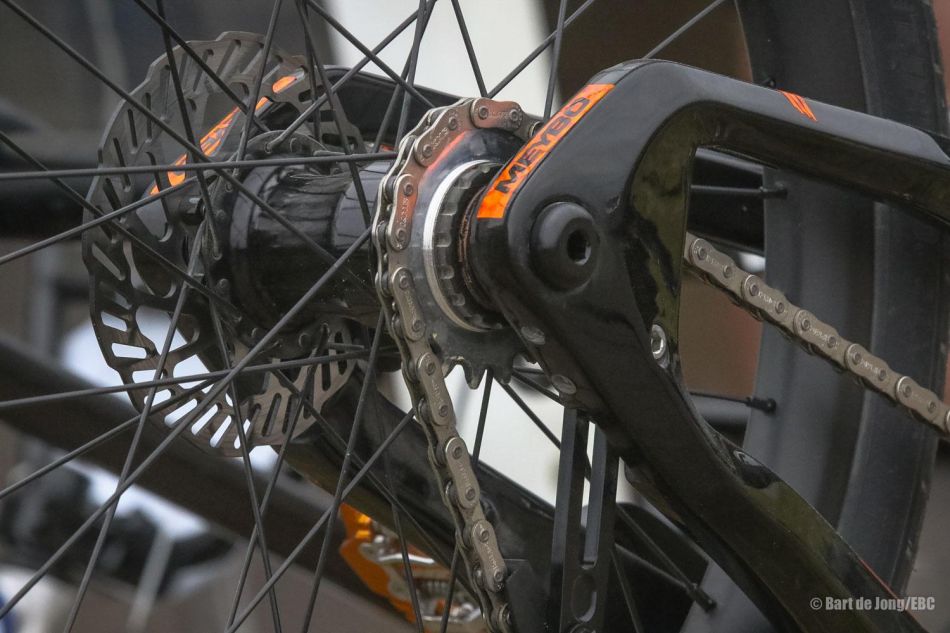 The BMX scene is both vibrant and widespread, with races taking place across the globe. From the Dutch National Championships in Uithoorn to The Greatest Race On Earth in Tulsa, Oklahoma, riders are climbing on their bikes and competing, keeping the humble BMX in the public eye. Garrett Reynolds, Mat Hoffman, and Jamie Bestwick have helped raise the sport's profile globally, but could harnessing new digital technology take BMX racing even further? One method sports teams in other sectors or leveraging are fan tokens. These are digital assets backed by cryptocurrency, which have a real-world value. They're tradeable, meaning they could be seen as an investment, but they also deliver tangible benefits to the holder.

The best examples are from football; Socios fan tokens have sold well for many football clubs across Europe. Fortuna Sittard has a
fan token in the Netherlands, while AC Milan, Paris St Germain, Barcelona and Manchester City also offer a token through the platform. They offer various benefits, such as voting on club polls to decide goal celebration music or the colour of the club bus, to once in a lifetime experiences and unique digital content.

How does this transfer across to BMX racing, and what are the benefits for the sport? There are multiple facets to the benefits fan tokens could offer BMX teams and riders, the best of which we explore below.

BMX racing might be popular, but it doesn't have widespread exposure in mainstream sports media. A fan token release could help bridge that gap between niche and pop culture. Firstly, a fan token is newsworthy, and when a new one drops, it often headlines not only in sports but crypto news. That raises the participant's profile, which might be a specific team or a rider. By putting out a fan token, they'd make headlines, certainly if they were among the first in the sport to do so. More exposure means more buy-in from the general public, which the sport needs to continue to grow.

These days, teams and athletes are all about engagement. BMX might feel niche to some, but if fans could have a say in what their team does or get access to their riders on a fan token platform, that would be great for exposure. Imagine being able to vote on the paint job of your favourite rider's bike or the motif on their helmet. Fans could win a chance to be at big events, generating more interest in the sport. Fan tokens in football sell themselves; everyone knows who AC Milan are, but in BMX racing, it could work both ways; fans could engage with their team, but investors might find their way to the sport through the fan token.

The bottom line is this; fan tokens raise important revenue for clubs and athletes. Sports Illustrated reveals in the United States, college athletes have sold fan tokens to help fund their early careers, offering fans a chance to speculate on them becoming the next LeBron James and the token going up in price. AC Milan raised $6m (€5.8m) with their fan token sale. A rider starting out might make enough to fund their time on the circuit, or a BMX team could use the funding to improve their bikes or rider facilities. Whilst increased engagement and exposure are fan tokens' headline-grabbing aspects, the significant financial benefits shouldn't be ignored.

The answer to the headline question is yes, fan tokens could benefit the BMX scene. They bring fans closer to their heroes, help maintain engagement, and are an important revenue stream yet to be tapped into. Other digital assets, such as NFTs, have been popular in the BMX industry, so there's no reason why fan tokens can't follow suit.