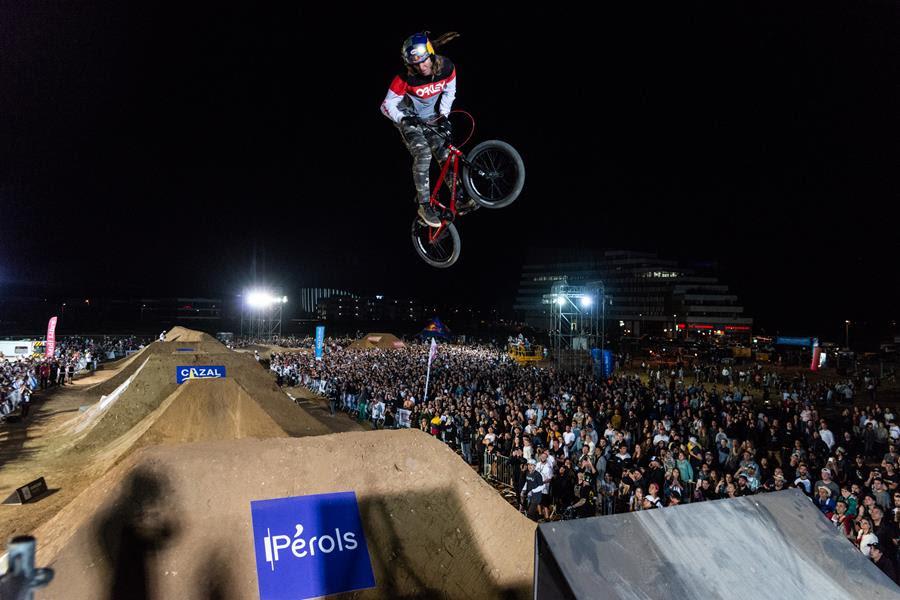 Here is a round up of all the action from today and a little recap of what you might have missed at last night's insane BMX Dirt competition. It took 7 years for BMX DIRT (one of the original and main disciplines of FISE) to return to the programme of Montpellier, and last night was worth the wait. The atmosphere was electric, as the sun set and the riders prepared to take on the massive Hurricane Tracks course. The line up was a who's who of BMX Dirt with 60 riders taking part. It was a night of stand out moments, but we have to mention the front bike flip landed by Jaie Toohey. He is one of only two guys on the planet to do that unreal trick. Amazingly his run was only good enough for 3rd, which shows how high the level was last night. In 1st place was Pat Casey who despite the wind

managed to complete a perfect run. In 2nd was Leandro Moreira from Brazil, who showed why he is legendary in this sport. 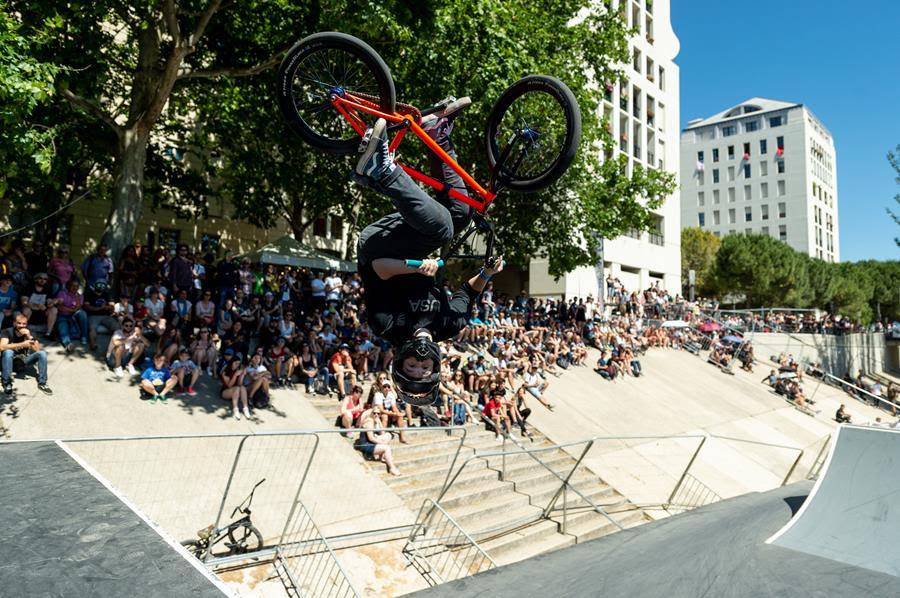 24 women were competing today to try and secure a place in the final tomorrow. It was an international affair as riders representing 15 different countries took part. Despite the global presence, it was an all USA top 2 here today. Yesterday’s top place qualifier Hannah Roberts did it again. She finished top with a score of 90.6pts, after completing a first run that was packed with tricks. In 2nd was Hannah’s USA team mate and friend Perris Benegas, who will be looking to move up a spot in tomorrow’s final. In 3rd place was team GB rider Charlotte Worthington who scored 81.4pts

Special mention for Ellie Chew from New Zealand, who just missed out on a place in the final tomorrow. She landed a backflip over the spine which the crowd loved.

More in this category: « 20th anniversary of Pannonian Challenge this weekend! 2019 Vans BMX Pro Cup Tour Advances to Germany June 14-16 »
back to top