Challenge Tour made an introduction to the 20th Pannonian Challenge 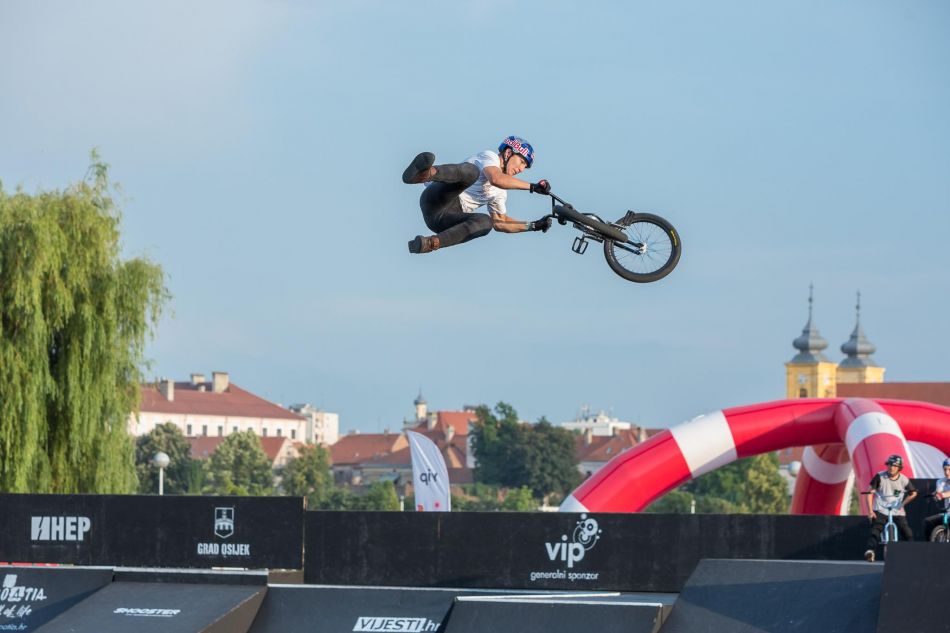 This spring a unique tour brought the vibes of Pannonian Challenge to Zagreb, Varaždin and Rijeka. Challenge Tour warmed up whole of Croatia for the jubilee edition of the best extreme sports festival. Croatia became richer for another “travelling” competition, while about 80 registered riders in all disciplines proved that extreme sports are at their peak in Croatia. Local BMX, inline and skate riders have had the opportunity to win valuable prizes through the Challenge Tour, so many of them came to Zagreb on April 13th, where, despite the gloomy weather, there was a great atmosphere in which young athletes especially showed their spirits. However, the highlight of this tour was on April 27th, when in the newly opened skate park in Varaždin, Croatian Championship in BMX freestyle disciplines was

held, where the Croatian new/old champion Marin Ranteš celebrated. The last Challenge Tour will be held in the Croatian center of urban culture, in the city of Rijeka, where on May 11th, extreme athletes will have their final warm up before the start of long-awaited extreme sports festival in Osijek.

This "Teaser" tour was the best way to announce the jubilee, 20th Pannonian Challenge, where from June 5th to June 9th, we will see some of the best extreme sports athletes performing in Osijek’s skate park. Therefore, there is a real spectacle to be expected, because next to the 13,000 EUR prize pool, BMX Freestyle riders will also fight for the points that lead to the Tokyo Olympics in 2020.

These competitions prove that the future of extreme sports in Croatia is exceptionally bright, so it is only a matter of time when more and more skate parks will start to appear in cities.

See you in Osijek!