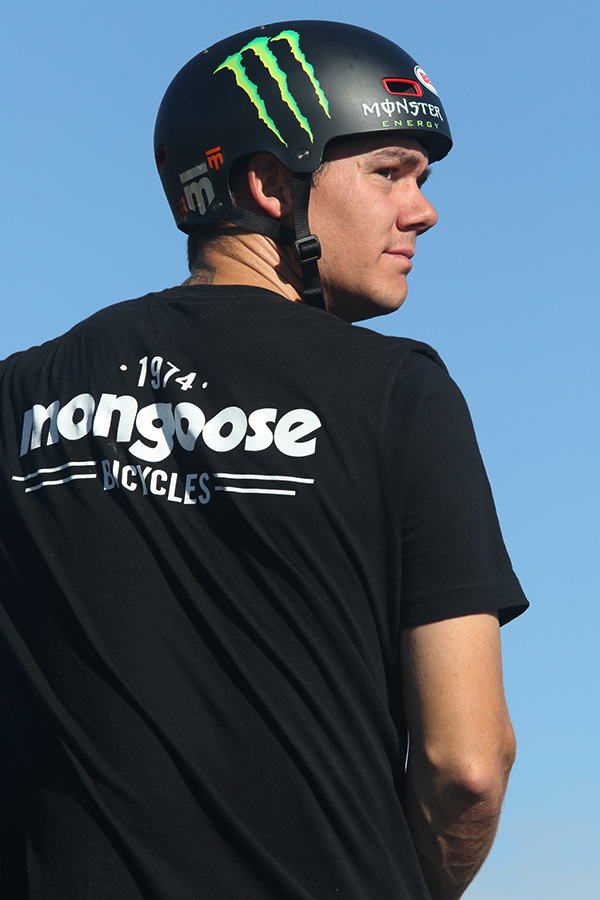 Mongoose Bikes, a brand of Dorel Industries, Inc., will head back to Woodward Camp in Woodward, PA, for the sixth annual Mongoose Jam. After two years at Woodward West in Tehachapi, California, the brand has decided to bring the event back East with their new Video Battle format. From August 7th through 11th 15 pros, five videographers and five amateurs will film and produce five team edits competing for a $40,000 prize purse. At the end of the week, the teams’ edits will be premiered forWeek Ten Woodward Campers. Prior to that, the edits will be judged by BMX industry veterans on originality, style and the difficulty of tricks used to determine the winning team.

Mongoose riders Greg Illingworth, Pat Casey, Kevin Peraza, Paul Ryan, and Ben Wallace will each captain one of five teams at the BMX-only event. Each captain will invite two pro BMX athletes and one videographer to join their teams. They will then draft one amateur from among the Woodward campers during the Amateur Contest to be held on August 7th.

Following the event on Monday, August 14th Mongoose will begin to release the edits on Ridebmx.com starting from last place to first where online voting will be held to determine which team gets the viewers’ choice award.

“This is our second year with the new video format for the Jam and I’m excited to see how it evolves as we switch up locations and head back east to Camp Woodward,” says Steve Wilcox, marketing

manager for Mongoose. “I can’t wait to see what the amateurs bring this year. It’s great to see the up and coming talent. Hopefully being featured in these edits is the launch pad they need to start getting noticed at the next level.”

“The video contest really brings out the best and most creative riding from me,” says Greg Illingworth, Mongoose pro athlete. “It gives me the chance to focus on riding my best. I’m buzzing to be going back to Woodward – there’s so much to ride, and looking forward to trying out some new stuff.”

As captains select new athletes for their teams, Mongoose will share real-time updates on its website. In addition, the brand will post event news, release Jam teaser edits, and announce give-aways as the Mongoose Jam gets closer.