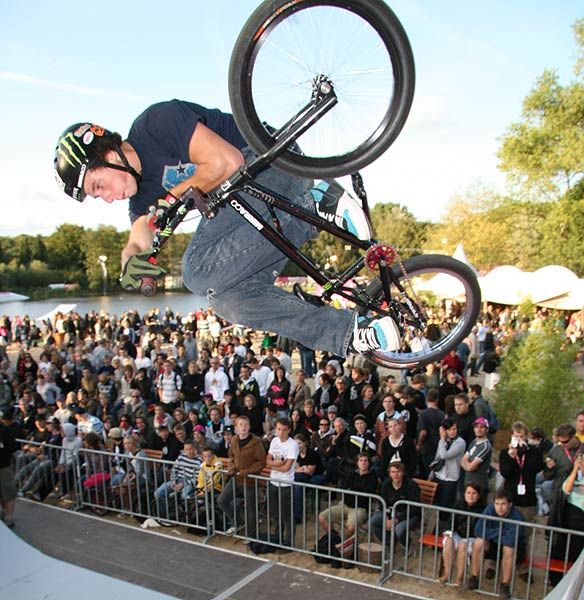 Over the last 2 years your life has changed a lot. You have seen a lot of the world already and made some money riding BMX. If you would not have been riding BMX, what do you think you would be doing now?
Spinner: Right now I would be in my second year of College, probably trying to go in a more business direction for sure. 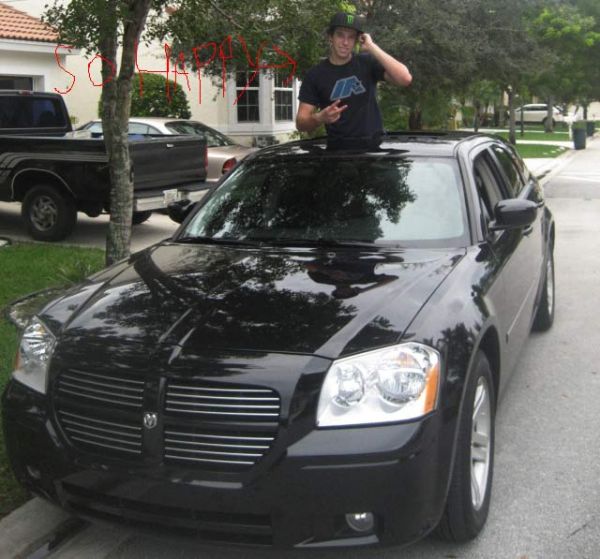 What car would you be driving instead of your Magnum?
Spinner: Well I was driving a 1989 Oldmobile untill that broke but probably my Dad’s Ford f150 truck. If it gets from point A to point B that’s all that matters. 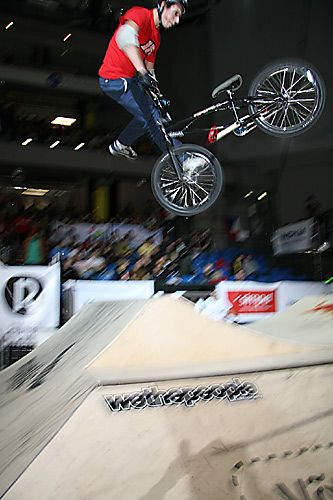 Do you feel like you are an example to kids and their parents that you can make a successful living being a BMX rider?
Spinner: I mean I would not want to be the deciding factor for a parent to tell their kid not to go to school. Education is the most important thing. But anything is possible.

Was your family supportive of you riding your bike all the time?
Spinner: Oh for sure! It sucks to say, but kids now a days seem like they are not doing something. They enjoy doing like either a sport or having a hobby, what else is there to do with all your time, and that’s when kids start doing bad things. That’s what I noticed. But my whole life I was always occupied with either school, some kind of sport activity or work. 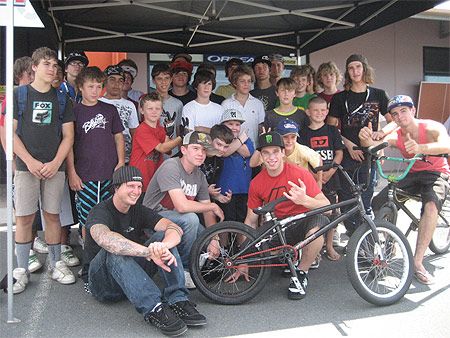 What do they think about the fact that you are sponsored by a company like NIKE for instance?
Spinner: It's awesome because a year ago my dad didn’t really understand how big action sports are so when I told him Dad I'm gonna ride for Nike Shoes Or Ballpark franks, he started laughing saying:  "No way, that’s amazing." 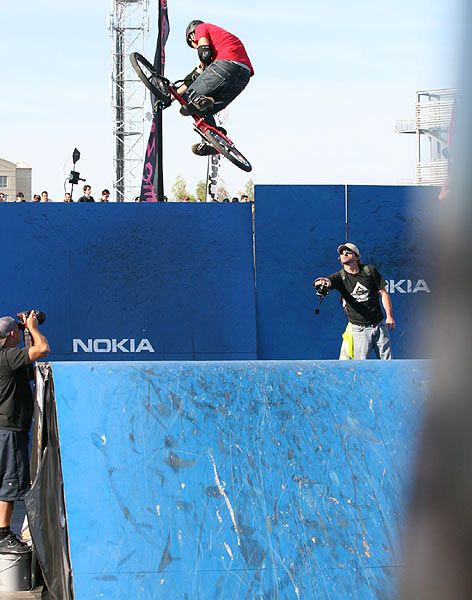 You seem to be hot on computers, what kind of set up do you use when you travel so much?
Spinner: I just got an Apple mac book it’s a great change. I had this big ass Dell computer that weighed a ton but the Apple is so easy to use it's awesome.

What kind of computer stuff do you take on the road with you?
Spinner: I have an internal drive that my friend got me. It holds like 100s of hours of movies. My new Apple mac book, two ipods that I've had for ever the little nano and the bigger 30g video, a little digital camera, and then every single cable that connects to that stuff ha ha ha. Way too much to name. 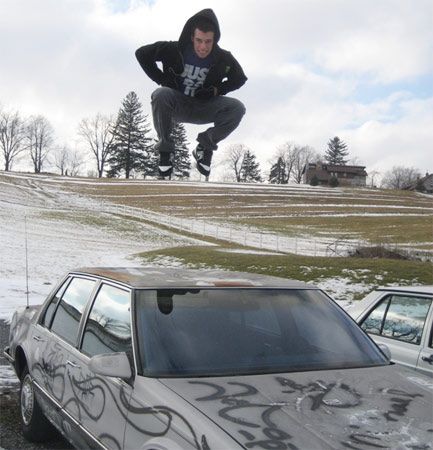 Give us a few tips on how to get free wireless access to the internet?
Spinner: Open the computer anywhere you are and just cross your fingers and hope that you have wireless internet that’s not locked and if that’s not the case, sometimes just walking around and it will be available 10ft farther lol. 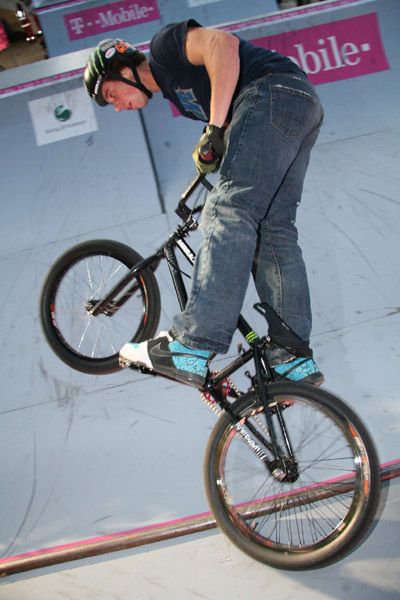 Are you using a device like the i-phone or blackberry or something like that?
Spinner: I have the Blackberry pearl, it’s super small and it's pretty high tech.

Could you survive without the internet?
Spinner: I am in the plane right now flying from Las Vegas to Fl and tomorrow I am taking my Dad, his Girlfriend and my best friend on a cruise and I promised my friend I won't bring my computer so we will see. 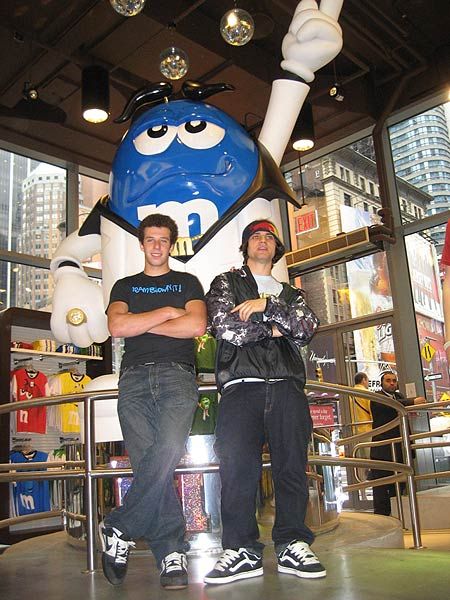 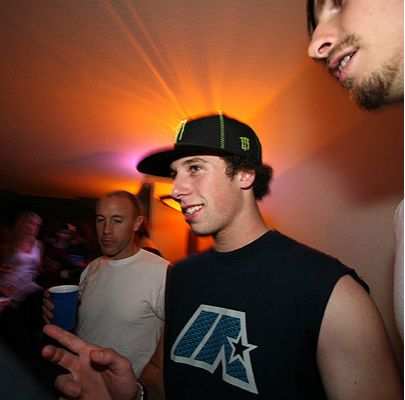 What about www.mikespinner.com?
Spinner: I think my friend bought the website. I might do something with that later down the line. But that’s a commitment that I would want to be fully into. I don’t want to set it up and not touch it for 6 months.

Myspace, Hyves, Facebook, VitalBMX, Interbmx, are you into that?
Spinner: Myspace I'm fully into it. I'm on Vital all the time but I only sign in once every few weeks. 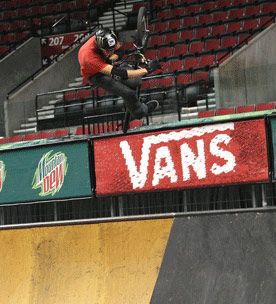 X-Games are probably going to have Park and Street this summer, what are your thoughts on that?
Spinner: That is sooo awesome and I'm putting my Money on Garret Reynolds for the GOLD !!!

Have you been riding much street lately?
Spinner: I am leaving Vegas right now but while I was there I shot an interview in one day. We went to about 6 different street spots in about 4 hours. I took some slams but I'm psyched on what we got done.

Dew Tour Park is a big focus for you. Any plans of attack to take the title from Daniel Dhers this year? 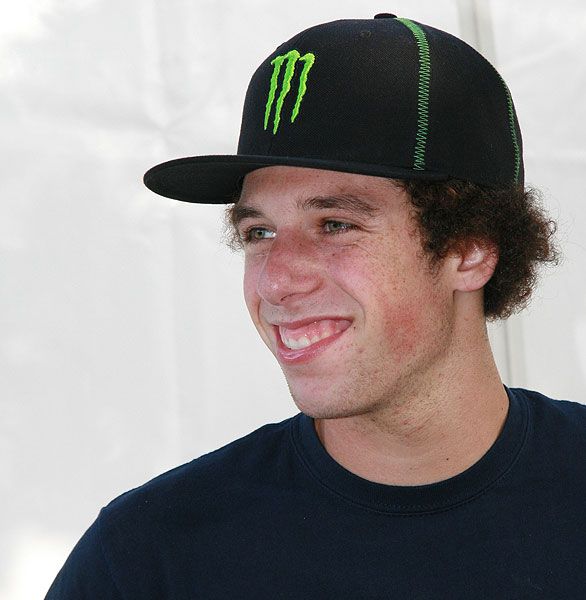 Spinner: HA HA HA Daniel Is an amazing rider. I've been riding every single day. I feel great. I've learned a bunch of stuff that I'm super stoked on and I will try to bring out next year, so all I can do is cross my fingers.

Shout out to: Dave and Jim at Mirraco bikes, Mark Losey at Nike, Seth and John at Monster energy, Jeana at Maxxis tires, Chuch at Bell helmets, Everybody at Ballpark, Brad Lusky At Wmg, Bart for doing this interview and being an awesome dude, all my friends that I ride with, my dad for being so supportive and my mom who I'll never forget.