You're from Amsterdam, people generally think that you guys get stoned and have sex every day. How ture is that?
Barry: Hahaha! Come visit Amsterdam and see for yourself! It's the truth though...just kidding!

What sort of stuff do you have to ride in the Amsterdam area?
Barry: When it's dry we can ride, otherwise only on Wednesday at the local parc! But when the weather is nice we have several spots. Street isn't the best option, but we have a couple of pretty fun pools and some ramps. Have to say that the Marnix pool and the new mini on museumplein (15mtr. Wide + spine) are the local spots this summer. And don't forget about the 020-trails, trails I arranged with the city, is gonna be sick in the summer. Thanks to redbull as well for that! 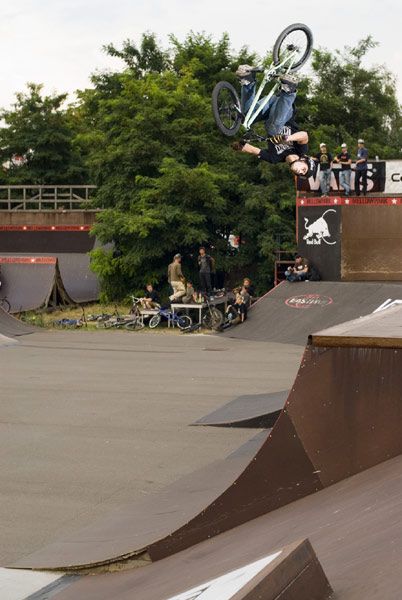 People travel through Amsterdam all the time. If they have a 4 hour lay-over on Schiphol, do you think it's worth it to catch a train from the Airport to the City Centre?
Barry: If you really have 4 hours to spend it's worth the trip. Train goes around 4 times an hour and it's only 20 mins to central station. So you've got enough time to get a drink see some cool buildings and to have a taste of Amsterdam. Go for it!

Who do you ride with in Amsterdam?
Barry: Have to say Daniel Wedemeyer (watch out for this kid), Maytin and Virgil...and all the locals. But most of the time I ride with Mark Vos, he just moved to Amsterdam, the summer is gonna be good times...fo shoo!

Where do you usually ride?
Barry: It depends....during the week I usually ride the Mini at Museumplein, otherwise the pool. In the weekends I like to ride outside of Amsterdam, The Promise in Heerlen is a nice indoor parc but we also ride at the Abflughalle in Germany once in a while. Other than that we chill at the 020-trails to build and ride. 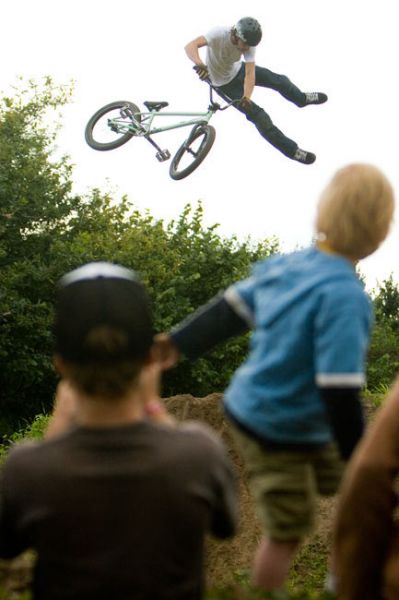 You got injured towards the end of the year, what's the status now?
Barry: Yep! Last year in Cologne I broke my leg in 2 places and I had a dislocated ankle. All twisted, didn't really hurt at the beginning (10 sec) after that I saw my leg...all twisted. Not good! But it's going really well. After 4 months I finally got to ride a bit, seriously just rollin. But since then it just got better and better...give me a couple of more weeks. I can't wait! 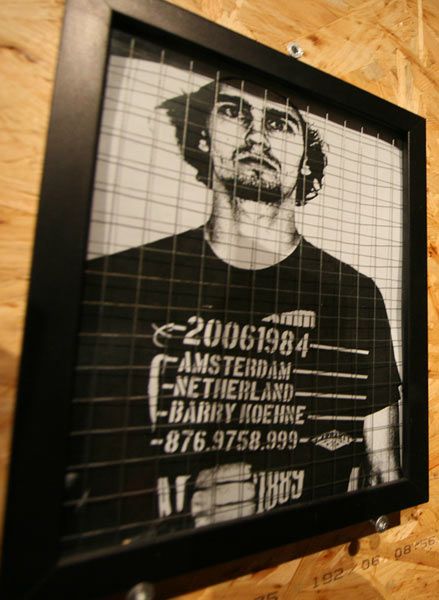 How do you deal with your down time?
Barry: In the beginning I just chilled and took my rest for heeling. Watching dvd's, check out my new car on the internet. But I also did a lot of work on my house. Me and my girl moved about a year ago, but there is always stuff to do. Oh and I played a lot of biljart (sort of pooltable).

You've been part of the Rodolfo's team, the Soulcycle, what team are you on now?
Barry: NONE! Yep it's a shame but I'm not part of Soulcycle anymore. They had to drop their team to focus on smaller events. I wish them best of luck with that! I'm still down with Rodolfo's, owner Iwan is one of the BMX pioneers in Amsterdam, at least for me he is. 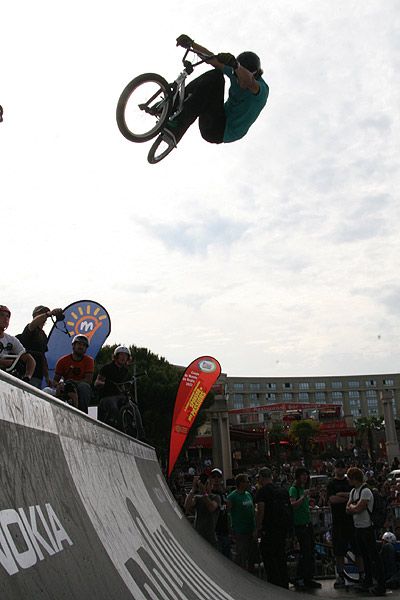 You have traveled quite a bit for BMX contests over the years, do you think that's the best part of BMX?
Barry: I think it's definitely one of the best parts of riding. Besides BMX itself it's probably the best there is, travelling is always fun. I definitely hope I can make it to the same places as last years, hopefully even more!

Do you like the Braun Spine ramp?
Barry: It's a love and hate relationship. I rode the ramp quite a few times now...I still can't tell. So many good times and new stuff I learned on the ramp, but I also broke my foot and my leg on the ramp. I won't say I like it, but the ramp is a lot of fun to ride. 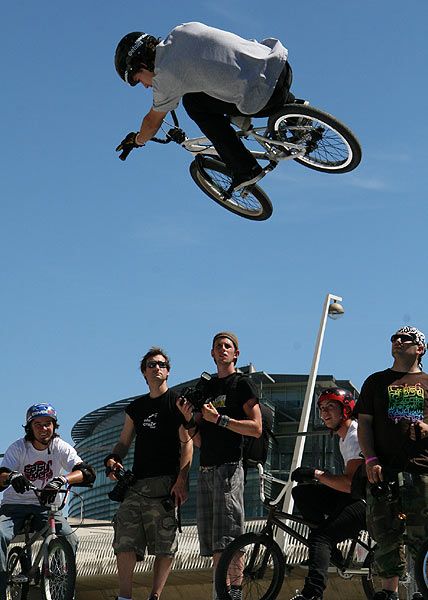 Are you going to do the whole Braun Cruzer Tour series again this year (FISE-NASS-Masters)?
Barry: Let's hope so! I'm gonna do my best to be there. I really had a lot of good times at these events.

You did a couple of the T-Mobile Extreme Playground series too in Germany. Are you in for 2008?
Barry: I'm IN! Let's hope it all goes well, had lots of fun last year. Really nice series with a lot of nice people. Can't get better than that! 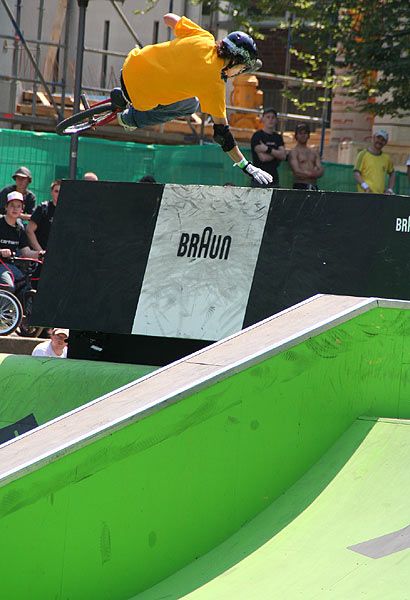 You're about to leave for the USA again, what's the plan there?
Barry: Yep I love it overthere, and not only because of the weather. I wanted to go at the end of this month, but it's probably gonna be later. Still haven't figured out the best date. But for sure I want go, chill out with Choq, ride all the concrete parks, do some swimming and chilling and hit up Woodward West for a week. Oh and go to Vegas probably. 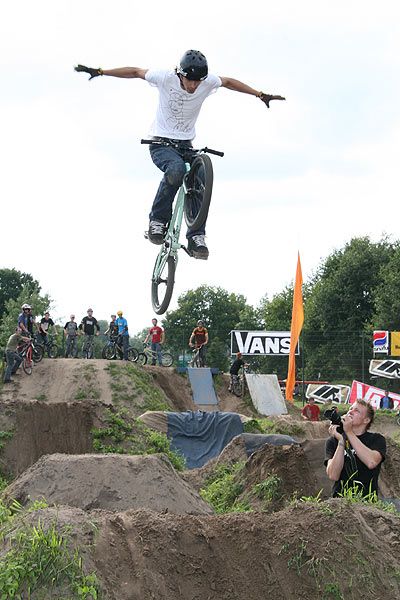 Do you have your TomTom packed for that trip as well?
Barry: I have my TomTom with me whenever I travel. Can't live without gps..hahah. But seriously it's a really handy gadget for people like us, travellers!

What exactly do you do for TomTom?
Barry: I work at TomTom as a quality analyst/soft-hardware tester. To keep it short: I check out the TomTom's on the road and execute several tests software or hardware.....and no I don't just drive from A to B. Hahaha 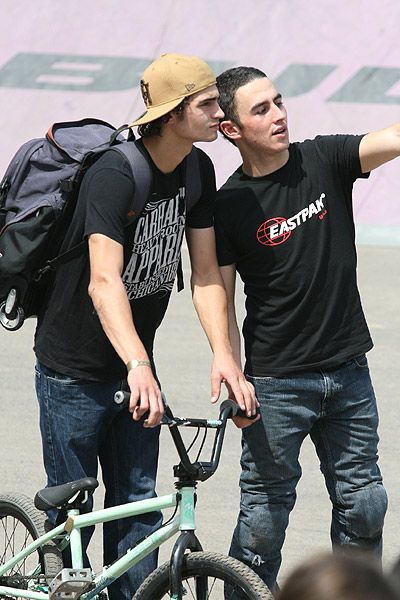 Is it easy to combine your job with the BMX lifestyle?
Barry: Most of the times it is. But I do have to know my BMX-schedule in time to ask for days off. Besides that they all like the fact I do BMX. It's all good.

Do you have any goals set for 2008?
Barry: Wow goals...I want to get my leg back at 100%, travel more and meet new people, more roadtrips in Holland, enter a new fase in bmx for myself....always pushing myself to the max. cause you never know. Also busy on some things for the dutch scene....but we have to wait for that, I'll let you know. 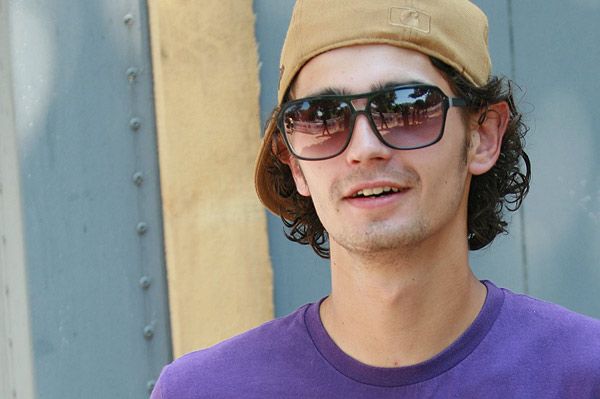 Thanks to: My family, mom and dad. My girl, the guys at Etnies, Carhartt, Christoph from Mankind and Kingkong. All my riding buddies, and everyone who gave me support during my shitty time and ofcourse you, Bart! 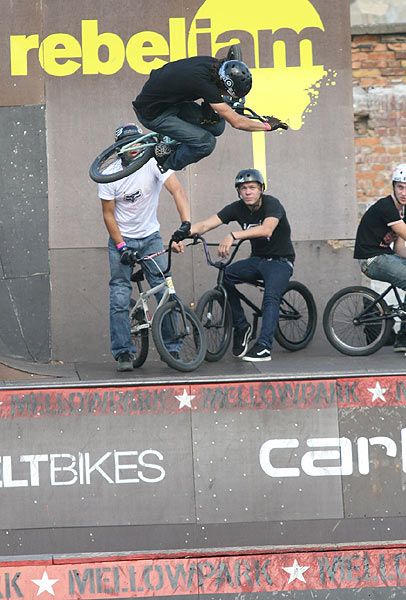 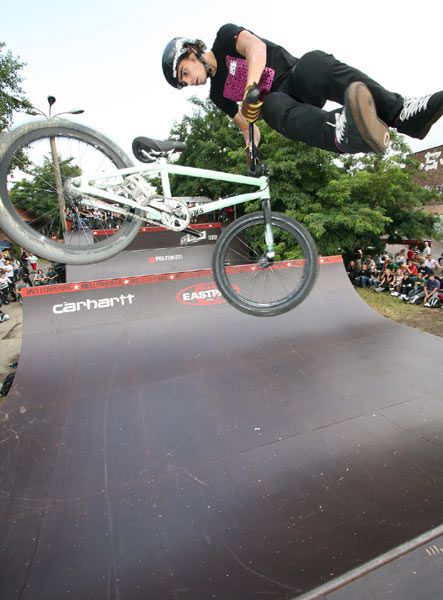 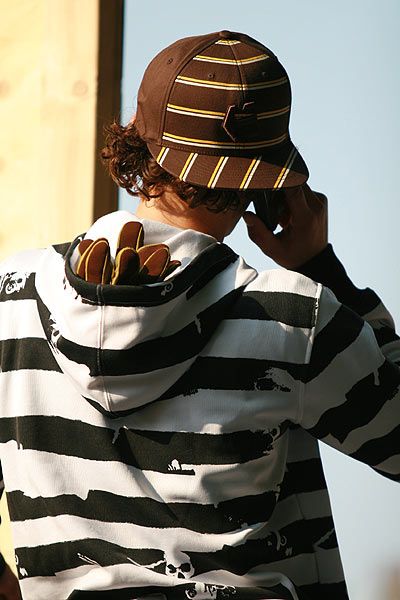 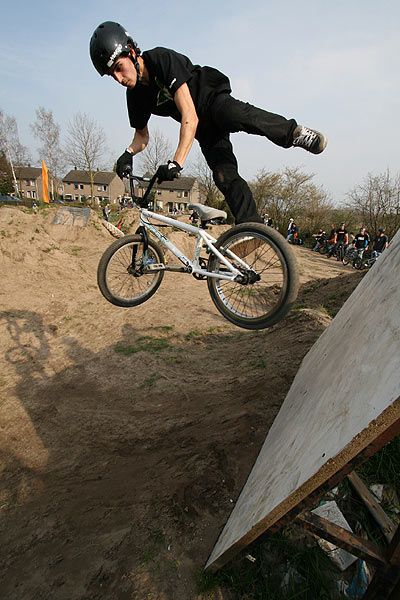