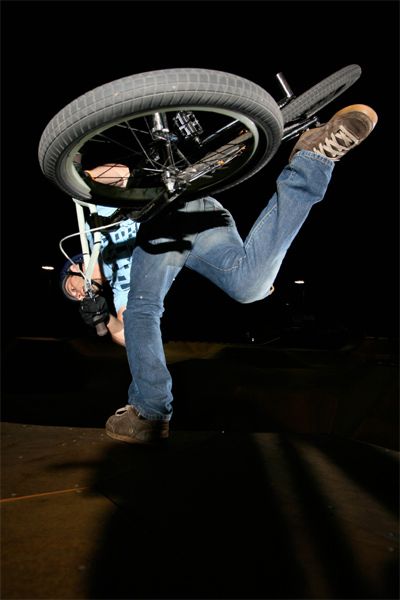 Question : How did Megatour go for you ?
Answer : Megatour was awesome. However, the first night in Greenville we got to ride The Unit, and in the first fifteen minutes I got carried away with a tailwhip, bailed, and broke my wrist. My flight home left from the last stop in Atlanta, so it wasn't like I could just leave. I spent the rest of the trip caddying around photo gear and pretty much just being a tourist. I rode a little, but it just wasn't happening. I tried to make the best of it though. It was cool to see some of the South for the first time, and meet new people on the crew. Being on a trip with Ron (Kimler) and Chad (Kagy) was crazy enough; I would have never thought I’d be on a Props trip with those guys.

Q : What was your first experience like being a camper at Woodward?
A : It’s crazy how often I think about that week. It was definitely epic for me at that age, just the scale of the place blew me away. 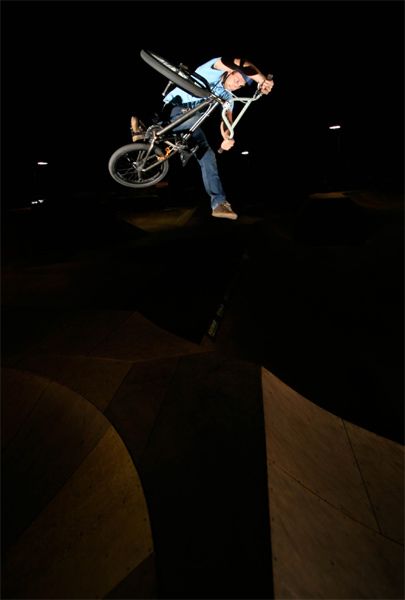 I was so into it. Watching Bestwick ride vert at one of the demos probably had the biggest impact on me; I’d never seen bike riding look like that before – fast and high every time he dropped in with tons of energy. The whole experience left a big impression on me. Now out at Woodward West I work with everyone I looked up to out there when I was a camper. It’s pretty surreal.

Q : What’s the biggest challenge working at camp?
A : Learning to work with so many different people is always a challenge. From dealing with staff to kids to parents, working at camp takes a lot of different approaches to deal with people. One second you could be dealing with an injured kid, then talking to parents or pros on the phone, then running to a contest and trying to get kids psyched on it. It takes a lot of energy and practice. 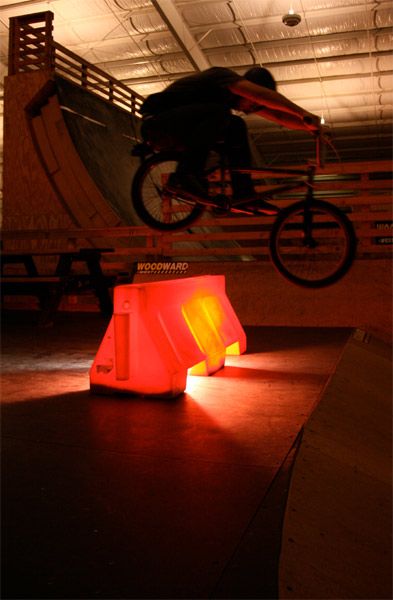 Q : When you are not working at camp , what are you doing?
A : In the off-season I'm living in Portland, Oregon, and going to school full-time at Pacific Northwest College of Art. I’m still trying to ride as much as I can here. There’s plenty of people to ride with, and a ton of new cement parks popping up all the time, so it makes it easy. I’ve been back for almost two weeks and haven’t even been to all the new parks! The winters can be a little rough, but the bad weather makes it easier to do schoolwork all day, and when the weather is good you definitely get on it and enjoy it more.

Q : What’s the best thing about bmx for you? Or are there many things?
A : Aside from how awesome it feels to ride a bike, The people are definitely one of the best things. I've met the most incredible people in my life through bike riding, and have had the best times. Too many to list here. 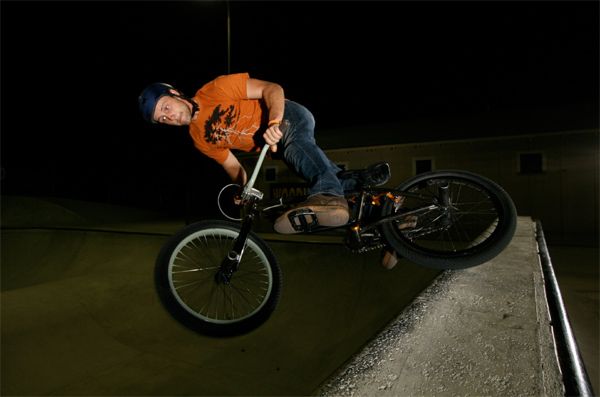 Q : You don’t enter many competitions. What was competing in Meet The Street in 2002 and Metro in 2004 like?
A : Those where good times. Two Hip put on some rowdy contests in SF, and Metro is always awesome. Riding in contests with friends is always the best; just pushing each other and being psyched for them instead of competing. That’s what made it fun. I probably don’t always ride to my full potential, so contests are an excuse to try something new and push myself. I guess I used to be more into them. I tried out a few pro contests and felt a little out of my league, but we’ll see how things go. I'm not against them or anything. 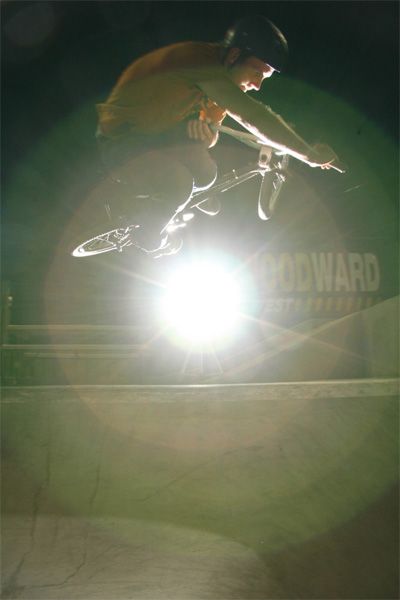 Q : What’s the one trick you always see campers try to walk away with from camp?
A : Kids always want to get upside down right off the bat. It’s seriously been a front flip frenzy in the foam all summer. From time to time we have to shut down some sketchy kids, but I’m psyched to se them pushing themselves. It keeps me psyched to ride, but not necessarily learning all the hot new moves. I figure enough people are doing the same thing. It’s funny, You’d think with working at camp all summer I’d have big crazy moves, but I haven’t really learned a new box jump trick in a few years.

Q : Who is your favorite person to ride with?
A : The guys I grew up with are still the favorites. At home it’s Matt Martin, Justin Nash, Chad Bautista, and everyone at Ramp Rats, with the occasional Solid wrecking crew. In the summer riding with Shawn, Ron, Sherwin, Dave and Jackson is always the best. 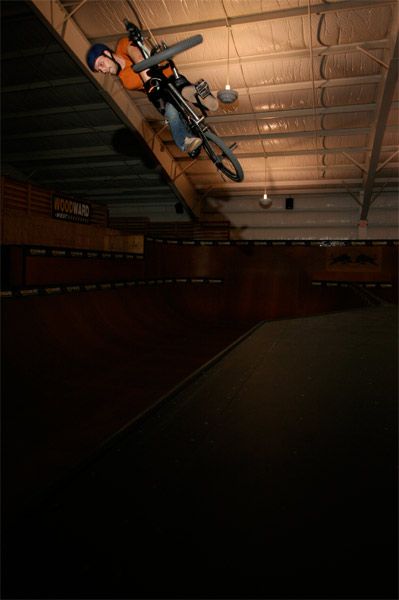 Q : How do you approach riding in general?
A : For me that's something that changes. There’s times when I'm more serious and motivated than others, but lately I've been pretty relaxed with riding. I’m just not trying to kill myself everyday. I've tried to focus more on the things that feel good, and just have fun being on my bike. It’s fun to step it up every now and then though.

Q : What’s the best advice you ever got?
A : “Do what comes easiest.” It doesn’t mean don’t work hard, just work with what comes naturally. So far it’s been working out…

Q : When was the last time you where scared?
A : I was pretty scared earlier today. It was super hot so a bunch of us went to the river, and ended up at this spot where there's tons of rocks and cliffs to jump off of. The gnarliest one is this sketchy climb up a rock face and then a jump out over a cliff into a waterfall pool. It's about a 45-foot drop, and I was the last one to go. It seriously scared the hell out of me, and when I finally jumped I was cursing the whole way down. I'm psyched I did it though.

Q : If you had your own signature frame what would you call it?
A : The BK Broiler! (laughs) No, I don't know. 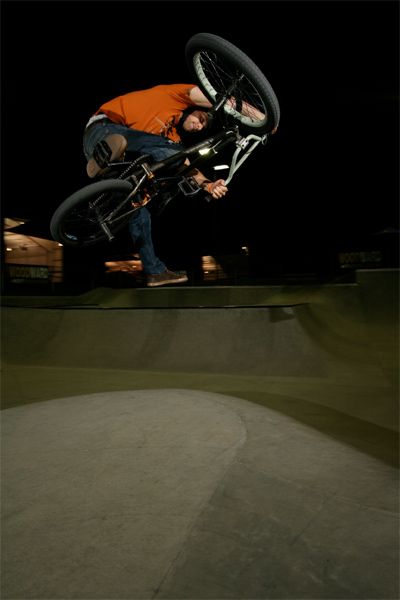 Thanks to: My parents for supporting me with everything I’ve done; from ramps in their backyard to college. I can’t thank them enough! Mike Kranich for taking a huge chance and opening up Ramp Rats. Everybody in Nor Cal owes that dude a big thanks. Huff, Rob, Brent, and everyone at Solid for helping me out with bikes and being rad people in general. All the T1 dudes for helping make camp awesome, Shad for getting me a rad spot in Portland, Rooftop for hookin it up this summer, Dave and Jackson for trails, Marco for Cuttin it Deep, Matt for kickin my ass, #1 J Nash, Hammertime, and the whole Petaluma and SR crew. My girlfriend Mollie for being amazing, Lloyd Ramsey for this interview, and the entire Woodward West family – They’ve taught me so much. Thanks to Buzzy, Ron (espically for megatour!) and Shawn Dorton. Shawn’s been the funnest guy to ride with, and the best teacher, boss, comedian, stuntman, and friend I’ve ever known. I can’t believe the role I’m taking on next year, and I couldn’t have done it without him. Thank you, and thanks to those I forgot to mention. Peace.
Tweet

More in this category: « Jarrod Allen interview by Lloyd Ramsay ON THE COMEBACK: BUBBA HARRIS interview by gOrk »
back to top