Jean-Marie Baertsch interview. Vert is not dead. (Re-Up from 2006)

-When did you start riding?
JMB: Let's see, I ride since four and a half years, I think.

-What sports were you into before you got a BMX bike?
JMB: I played Ice hockey before, still a fun sport to watch.

-What is it like being a rider and growing up in Switzerland?
JMB: It's good, the scene is very small, but the best persons I ever met in my life are riding with me and ripping it every single day. Because we are such a small group of riders, everyone who is involved is very serious about BMX and riding, we do small local jams, people build small indoor parks and trails, there are two homeshops, everybody knows each other and we are just having fun with our small bikes. Lately it's growing a bit, no boom, there are really good young riders coming up, the best thing which can happen in my opinion. 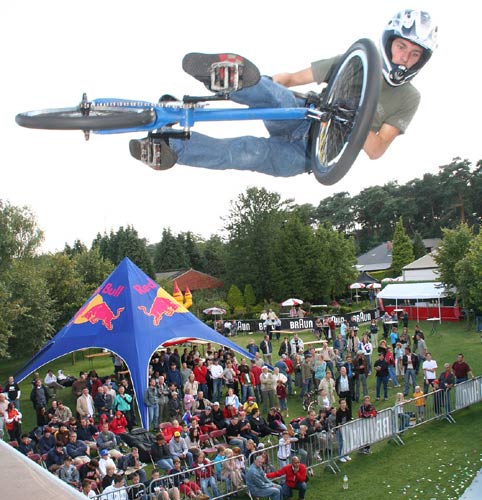 -Where do you ride and who do you ride with?
JMB: We have a small Skatepark in Zurich where our Vertical Halfpipe is located, there are really good plans to build a big concrete park, but like it is everywhere where politics are involved, it's a long, arduous way. Besides that and the fact that Switzerland is so tiny, I ride almost everything within 2 or 3 hours. But at the moment, because it's freezing cold and there's a lot of snow I ride in Bremgarten, Spineminiramp Park, built by members of the Tradition Crew, Rolling Rock where a heated 4 sheet wide Vert ramp is located and Thun in the middle of the alps with its 9 meter wide Vert ramp. The most time I think I'm riding with Sven Kabosch, Stephan Meyer, Thomas Schmucki, Peter Schleier and the whole rest of the BMX Tradition crew. 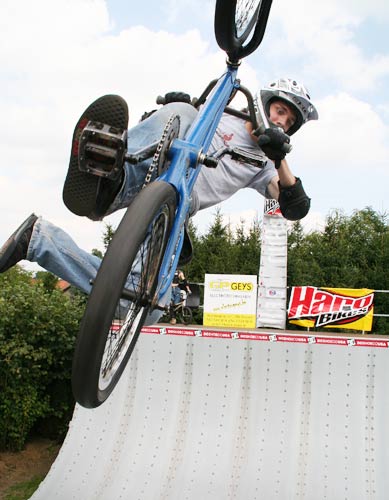 Why do you think so few people pick up riding vert?
JMB: I'm not sure, but I think there are different reasons. For the most riders it's because 3 meters of transition and half a meter of Vert just looks to massive for them, also because it takes such a long time till you get anywhere, but when you are flying above it's the best feeling you can have. I also think that maybe some people are bored because of the possibilities you have in a normal vert ramp without any extra elements. That's why I fully stand behind building vert pools, like the Snickers Bowl. I think vert riding has a future, there are more possibilities than we can think of, even if people like Hoffman, Mirra and McCoy were killing it back in the days, but hey I just say Joe Rich, look at him and how he rode the Snickers bowl in Huntington Beach this year, I just saw some little footage from barspinner.com but from what I saw, f***. 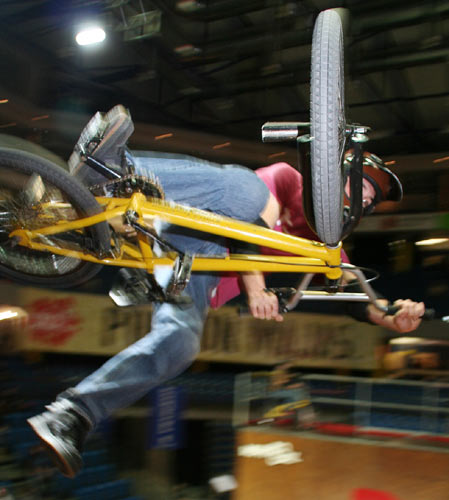 -Has the Freestyle.ch contest in Zurich motivated you to ride vert?
JMB: I started BMX riding because of Freestyle.ch and to ride with all these good riders there this year was just amazing, even I was a little bit afraid of the huge hype around freestyle.ch here, I had such a great session.

-Do you have an example (hero) in the vert posse?
JMB: I don't really know, in my opinion everyone has something really good to show so I look up to everyone who rides as he wants and does what he is into it, whether it is style, big tricks or just a nice person, there are too many good riders out there to name them. I don't look for that when it's about calling somebody a hero. But I would say Matt Hoffman is a hero, from what he has done on a bike and for BMX in general. 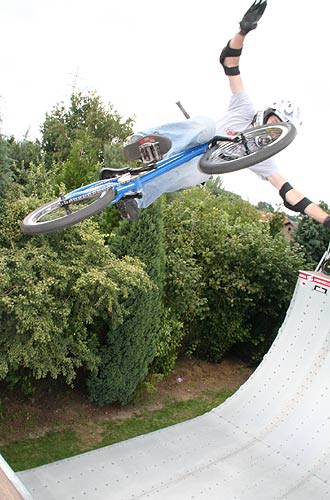 -What video/DVD have you played more often than others?
JMB: Oh I don't really know, there's a lot of snow out here in winter times so we got lots of time to watch every single video a thousand times. I like the Ride Cassette video a lot because of the different riding, the good music and the style, I also like the Terrible One video because of the concept. Riding, traveling and friends, exactly how it should be.

-What's the idea behind BMXtradition.ch?
JMB: The idea is to hold the scene together, healthy, growing and the most important keeping BMX in Switzerland in the riders' hands. Being somebody seems to be important these days, especially with politics. Lately we could cause the Swiss army to let a friend ride during the other recruits have to to do sports or clean the military base. Not bad for some guys just sitting a bit in front of a computer, making phonecalls and taking some pictures beside riding. But it's all about fun, just a little bit more organized than without nothing but not really bad, it's good to have a voice and to be heard when it's about building new parks or other stuff.

-What kind of BMX media do you have in Switzerland? 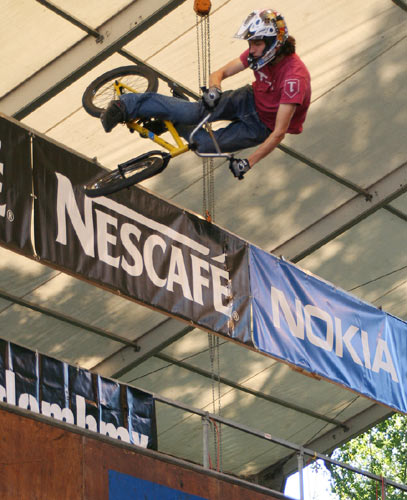 JMB: There's one magazine which a good friend and rider is bringing out every half a year or so with the helps of some other free writers. It's called Ilame (www.ilame.ch) and the guy who is making it, knows his job. Big shout outs to Nonda at this point. Beside that there is not really much, some Websites, but BMXtraditon.ch got the most updates I think.

-Is it enough to push BMX over there?
JMB: I think so, the people are interested but not overexcited so that it's not going to be a boom, a few young riders are coming up, and the ones who are really interested and want to ride are staying with us the other ones leave soone 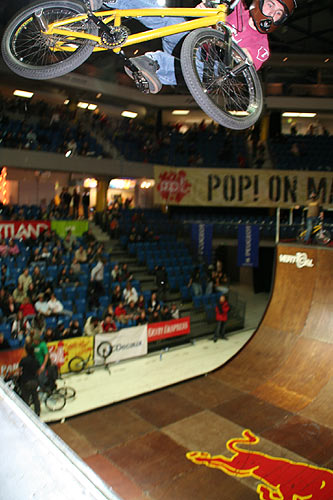 r or later. With two or three shops, a magazine, some websites, for big cities with a long tradition of riding (namely Geneva, Zurich, Basel and Bern) I think the scene is really healthy at the moment but still has some capacities for some interested souls, so if you read this and you live in Switzerland, pick up a bike at your local bikeshop and join us.

-Do you have certain goals with riding?
JMB: Ride as long as I can, having as much fun as I can with a lot of different people, visiting as much countries as I can afford. Riding the good contests and jams. Yeah that's it pretty much.

-What's your next contest going to b 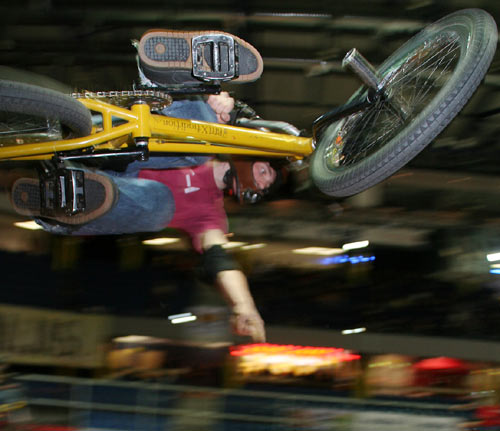 e?
JMB: I really don't know at this time, but I think either the World's, Urban Games or if I'm allowed I would really like to ride the SoulBowl. Or every other good contest, it don't have to be Vert but it's very. Hey we are in the middle of the winter, I'm not able to think of warm summer contests when it's about minus 10 degrees.

More in this category: « Kari Olandese interview by Lloyd Ramsay Bram Verhallen gets signature frame from KHE »
back to top