Written by  Bart de Jong
Read 11487 times
Name: Bram Verhallen
Age: just turned 18
Hometown: Nuenen (small town near EINHOVEN DE GEXTE!, Holland)
Congratulations on the signature frame. When did you hook up with KHE?
Bram: Thanx! about a year ago I got in contact with Thomas of KHE, that's when it all started! About 3/4 months ago we started working on my RIP signature frame.. and it just arrived!
Did you always have your own ideas as far as products are concerned?
Bram: HELL YEAHH!!  I'm a product freak hehe.  Well.. I'm doing a technical education so that's where my interests are at. I'm also the kinda hardcore rider that fully goes for it and breaks the smallest part on the bike. So for me it's really important that the parts are well made!  That's why I chose for KHE.. and I'm happy they also chose for me! 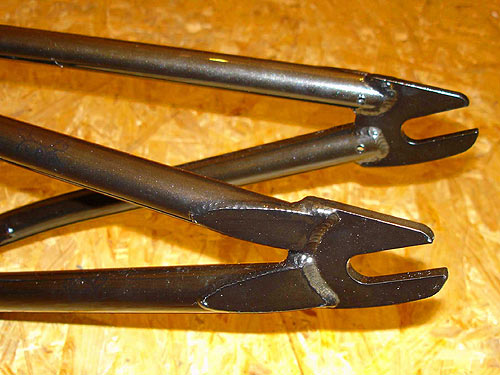 What's special about your signature frame?
Bram: Frames with straight tubes already existed, frames with bent and crossed tubes too, but none of the frames on the market had the best of these 3 mixed up in my opinion. So my goal was to design a frame with all these positive things together! 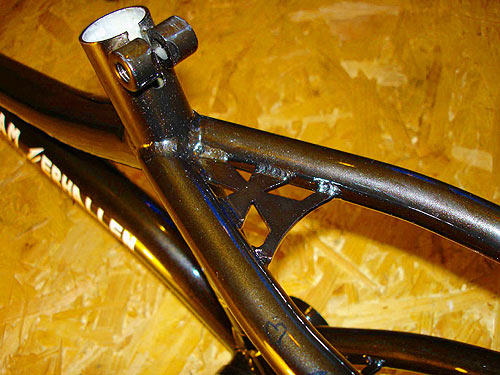 It looks light, do you feel it's better to have a light bike while riding flatland?
Bram: That's for sure! Actually this frame is just a little lighter than the frame I had before but it feels half a kilo lighter.  That's gotta be because of the geometry so I'm happy about how it turned out. To get back to your question, a light bike is easier to maneuver. For example I could easily do jumplashes on my light bike but when I had to put on some stronger/heavier parts I couldn't do them too well no more. Though a bike can be too light. I think mine's just on the edge now. With all the new KHE parts it's super light. I even put on a triple wall rim and those KHE fat inner tubes to make it feel perfect. 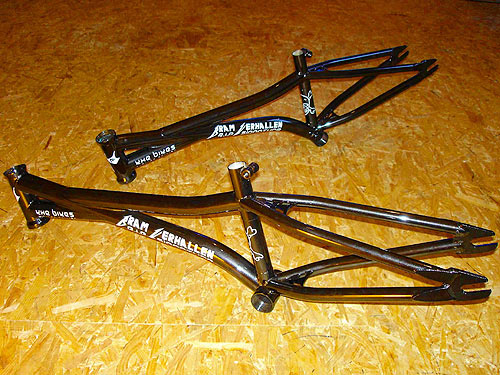 What type of rider do you think will fit this bike perfect?
Bram: Well to be honest, I think it will fit any rider. A frame with straight tubes won't fit the kind of rider that needs a lot of space but a frame with the amount of space can be ridden by anyone because you don't have to use the extra space. It's just there. The tt length is 18.8, that's exactly like I wanted it and I knew this would be a good mid size for anyone. It's not a huge change from 18.5 to 18.8 and it's even less from 19 to 18.8.

Is this a prototype frame or are they in production already?
Bram: The frame I got at the moment is a prototype! 4 are made so far. Of course it's me who's going to test it.. but also my best riding buddy THE WALT and a new upcoming talent from Paris. His name is Matthias and you will definitely hear more of this superkid! His progression is faster than mine. So that's going to be a good competition on a good bike! We're not sure when it will go in production.. but 3 people testing the frame hardcore gotta be enough. When the testing is done, it's going to take 3 months for the frame to be produced! 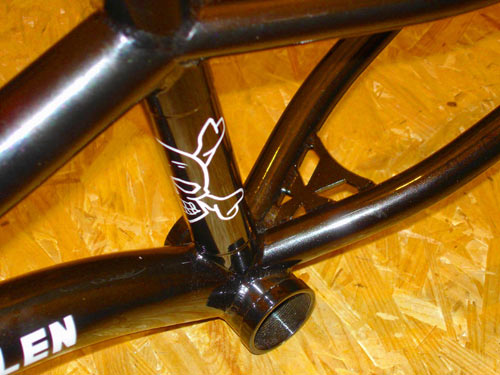 Where (and when) can people buy the Bram Verhallen KHE frame?
Bram: We're not sure about that.. I hope Paul's Boutique will order some. That would be rad! Of course Soulcycle will distribute them and it's going to be available all over Germany for sure. It's a limited edition so khe is going to check with the distributions how many frames they want to order. From that they're going to decide on how many frames are going to be made.. So only 1 shot for the distributions this time. If all goes well, more will follow. I just hope there are some mistakes in the frame or else there is nothing to improve. To be honest, I haven't been able to find any mistakes so far. 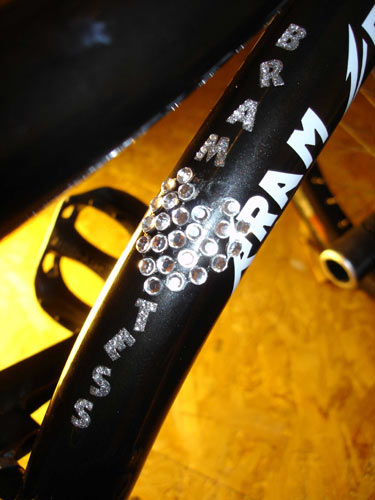 How stoked are you to have your own signature frame?
Bram: Well, probably none of you can imagine how crazy it is to get a signature frame at age 17? Did Mirra already have a sig frame at age 17? What about Hoffman?
Maybe they did, I don't know. If so, ask them how happy you could be. The only thing that's making me happier at the moment is my girl..
Thanks for the input. What's on your 2006 schedule?
Bram: You're welcome! My schedule for '06 is going to all the European contests for sure.. and yesterday I heard that Red Bull is going to support me so maybe I will go a little further than just Europe.. JAPAN HERE WE COME! Oh.. and for now.. my schedule is falling asleep next to Tess... she's the one I really love!.. not my bike hehe.. Sorry Thomas! 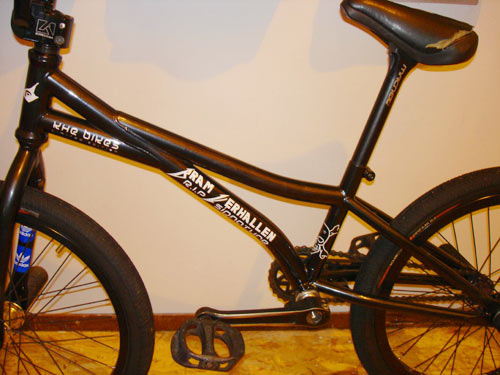 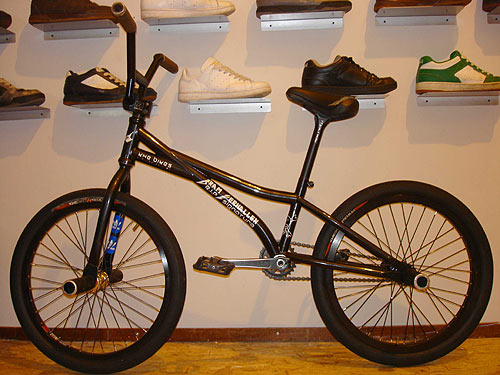 More in this category: « Jean-Marie Baertsch interview. Vert is not dead. (Re-Up from 2006) Rob Darden interview »
back to top