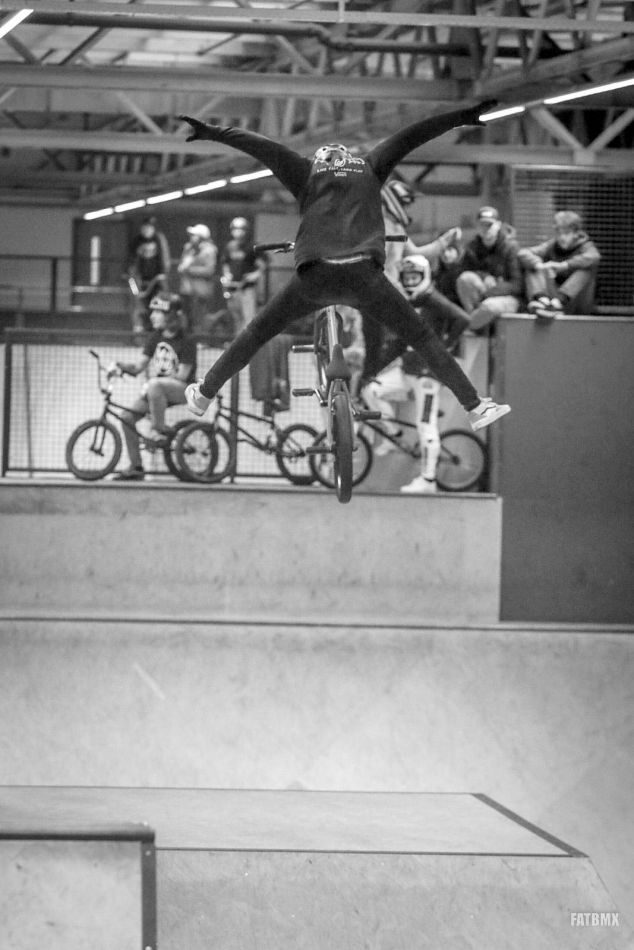 The Dutch BMX Park National Championships were squeezed in at the end of 2022 to continue the streak of having national champions for history's sake. going into the comp the level of thr riders was close. It made for a good battle to even make the final. The riders that entered ride in Eindhoven a lot. They ride together to progress together, but on 17 December 2022 the judges had to decide who was actually the best of them all. Daniel Wedemeijer has been struggling with a shoulder injury but wanted to enter anyway as he had been setting up the Dutch Championships himself. His first qualification run gave him a score of 71 but he didn't manage to step it up in run two and was eliminated. Jari Roggerveen scored a 71 in run number two where he pulled the fakie roll to front flip at the end of his run. Jari blasted through the park in Jari style with a smile on his face and pleasing the crowd. An average score of both runs of 74,33 helped Pim Scheers transfer to the finals just behind Arjan Ellens (76,83), a recovered Levi Weidmann (77,67) and Tom van den Bogaard (82,67). The 4-men final was going to be a good one.

Pim Scheers turned it up a notch in order to grab third place at the 2022 Dutch Park championships. He added a flairwhip to his run that was already packed with seatgrab indians, whips on the hip, front flips, no-footed cancans and as a bonus he nailed a triple tailwhip on the step-up in his 2nd run. Arjan Ellens was the only one to start off scoring points by bomb dropping from the wall into the quarter. Everyone likes to see stunts and Arjan brought them. Double barspin transfers, no-footed cancan one-footers, 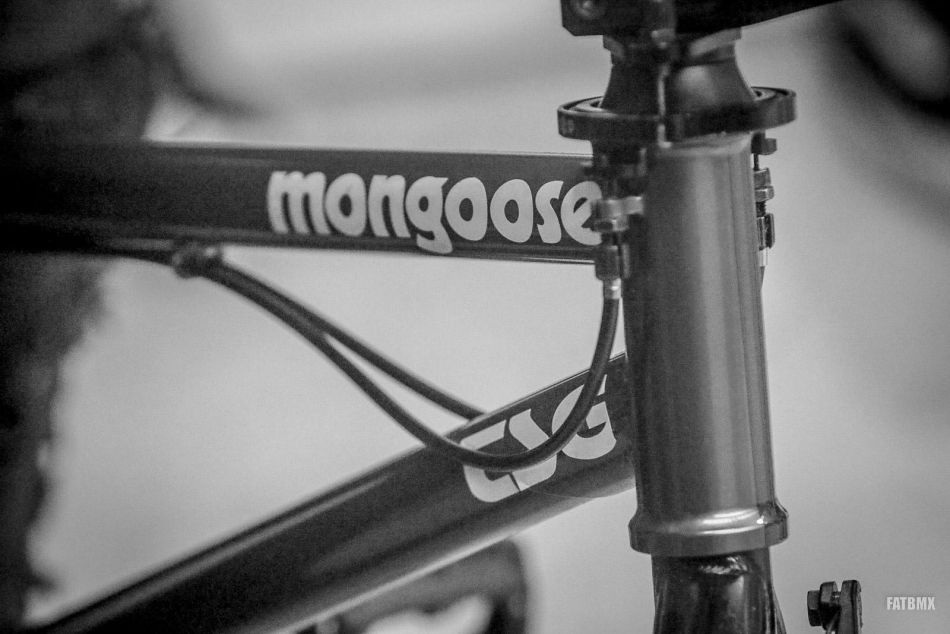 truckdrivers, tailwhips, suicide no-handers over the spine and flips with variations. a wide variety of tricks showing that the level has gone up. It was good to see Levi Weidmann perform well on home turf. The season had its ups and downs and I believe Levi can live with a 2nd place at the Dutch championships leaving the event with tricks he wanted to do and stay in one piece with the holidays coming up. Levi is not scared to crank a little harder, spin a litte more, and send it when it's needed. The trick machine worked well in Eindhoven and the crowd appreciated it. Number 1 qualifier Tom van den Bogaard managed to stay on top when all was done and dusted. The Ale Blie local rides Area 51 like no other. Lines, height, clicked variations and add that 360 triple downside whip to the program and you get the idea. At the end of the run the red/white/blue was handed to Tom. 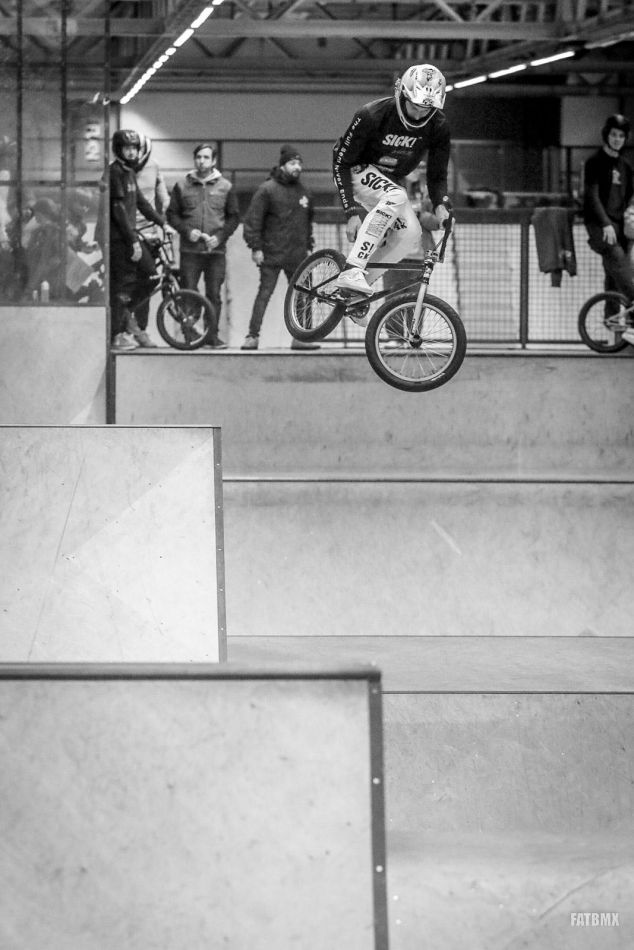 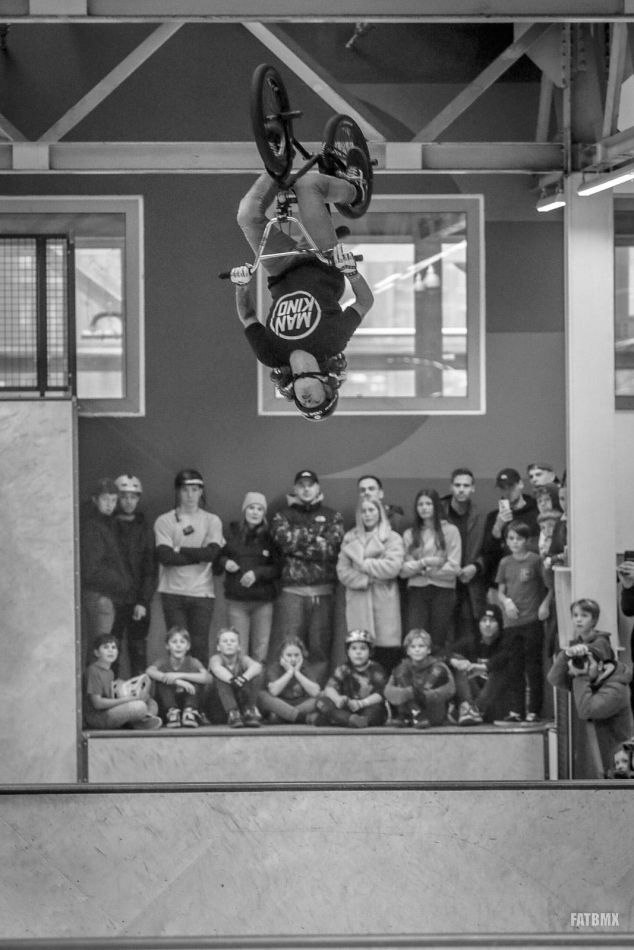 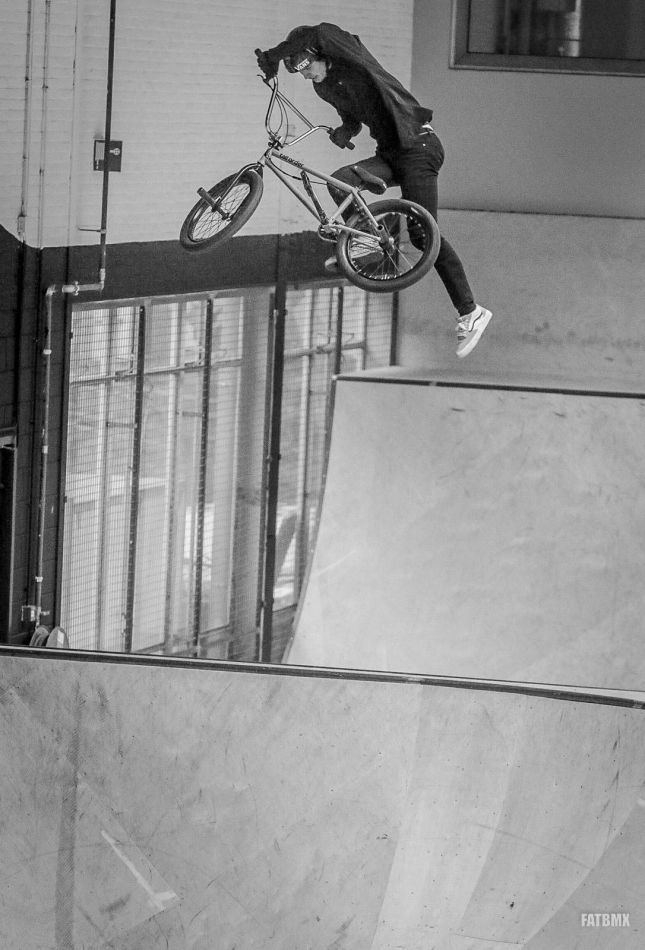 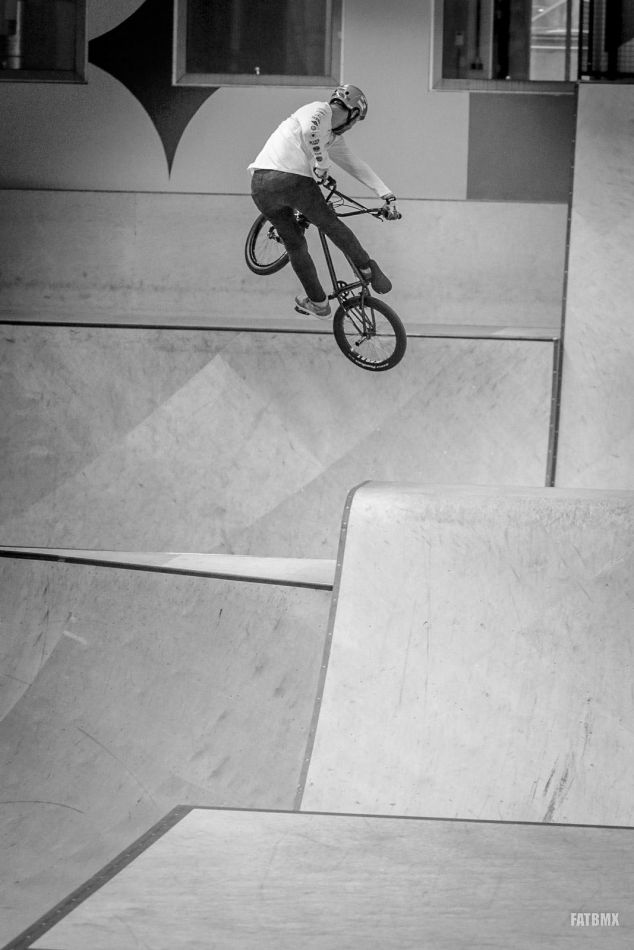 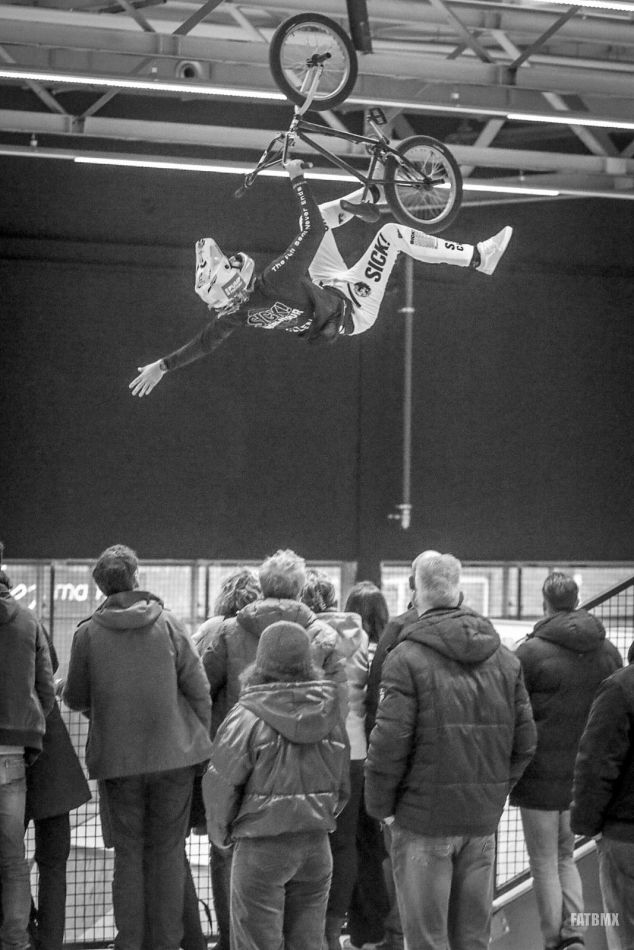 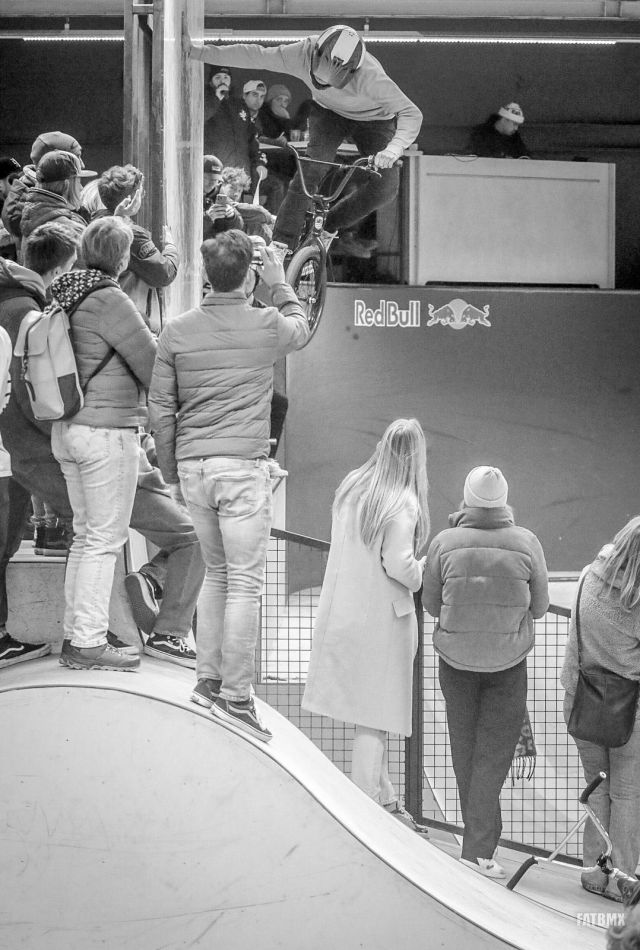