Written by  Bart de Jong
Read 9924 times
This weekend in San Jose , California local rider Derek Ford organised a jam contest at Stonegate park. With a decent turnout and good weather the jam format was soon dropped and it turned into a free for all. Someone bitter at the world called 911 and told them there were a "whole group of bikers causing mayhem". The cop got out his cruiser and saw it for what it was : people on their bikes having fun. He watched for a bit then drove off.

At the end "bling" prizes were handed out ( old sprockets spray painted gold on chains and trophies). These were handed out for categories like best trick , cleanest bike and representing-the-old-guys rider.

After the jam a group shot was taken with the intent to present it to the local city council in defense of allowing bmx's into the local parks.

Riders from age 13 to 32 had a good time and everyone walked away without any damage to their bikes or themselves. 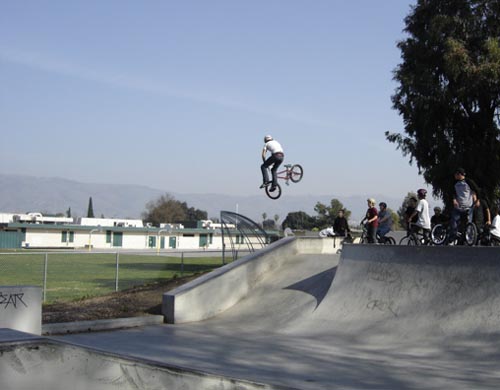 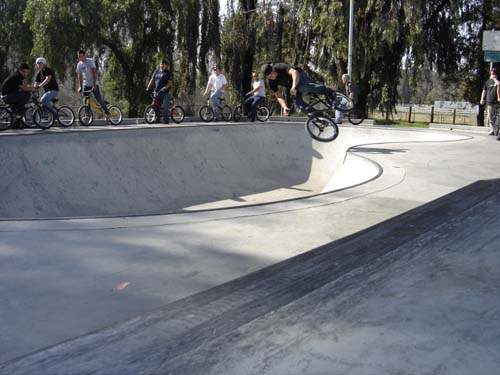 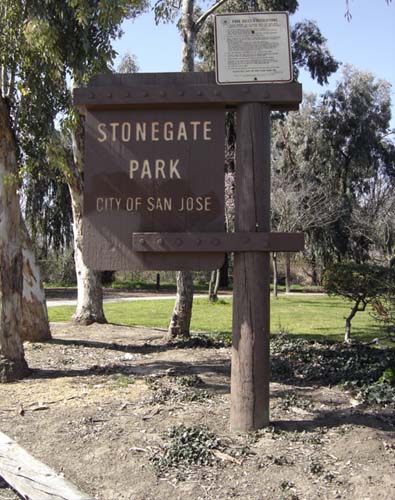 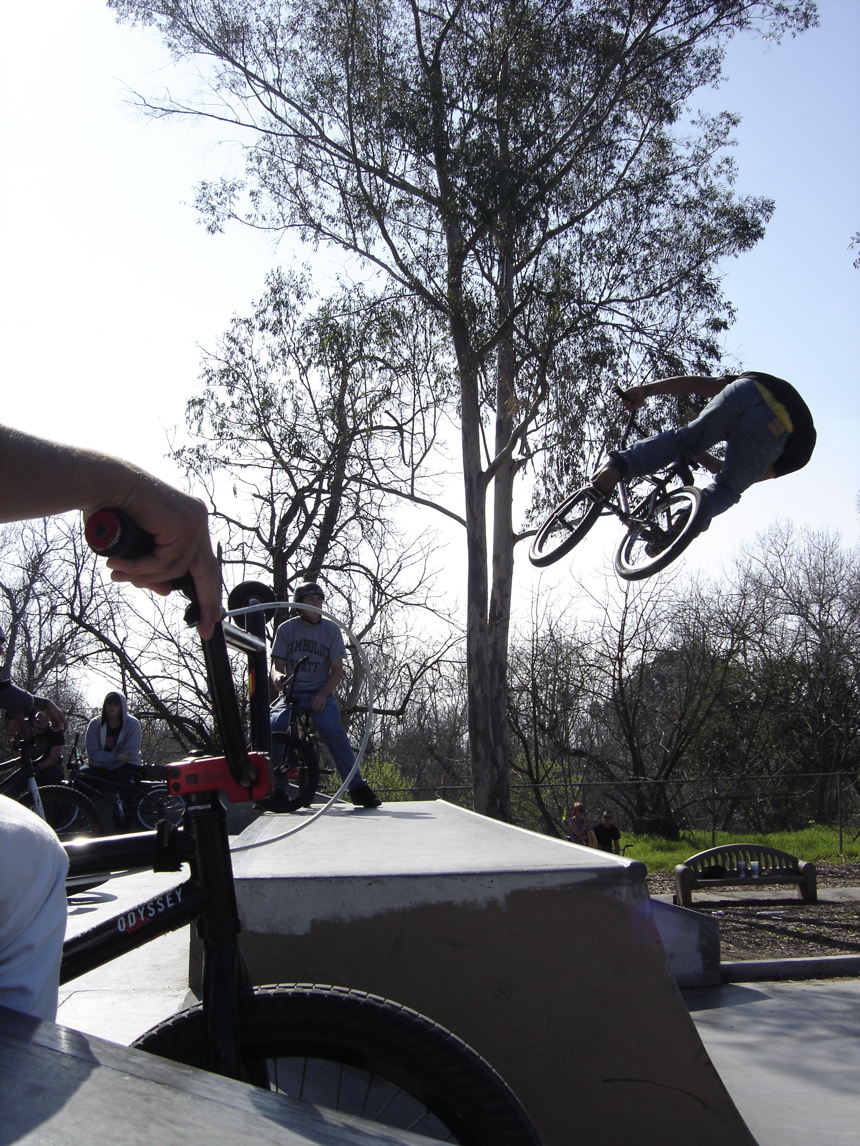 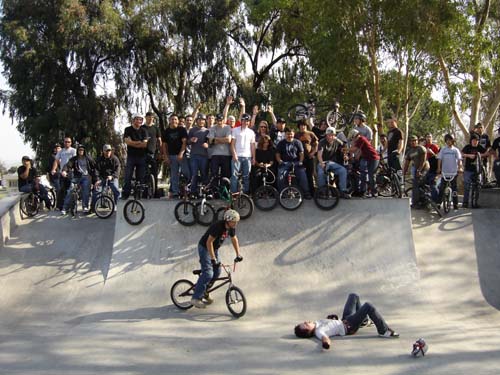 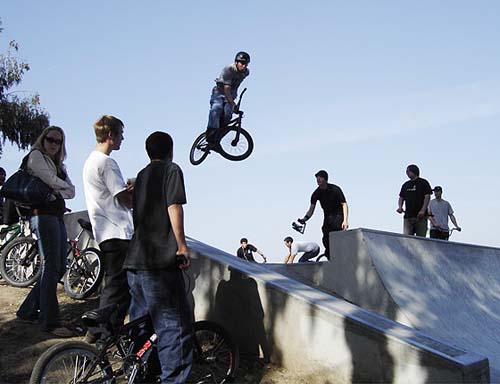 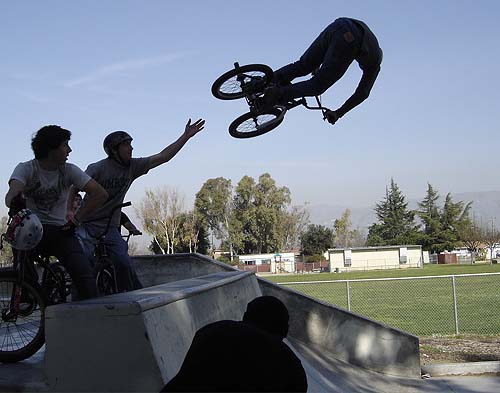 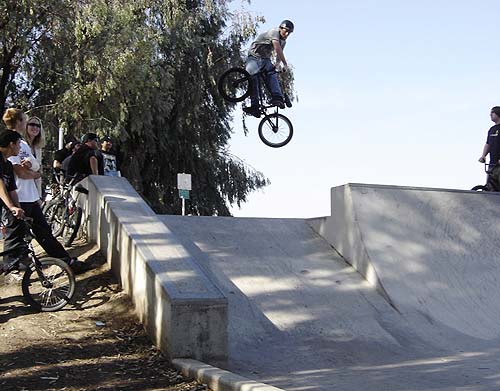 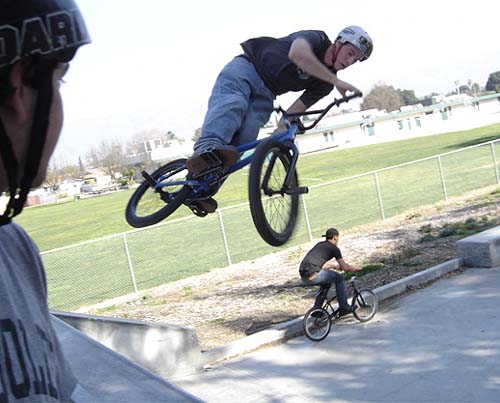 More in this category: « Red Bull Drenaje in the Mexican gutter. Pics + story added. Mankind news by Christophe Huber »
back to top