Name of your shop: Trainbmx 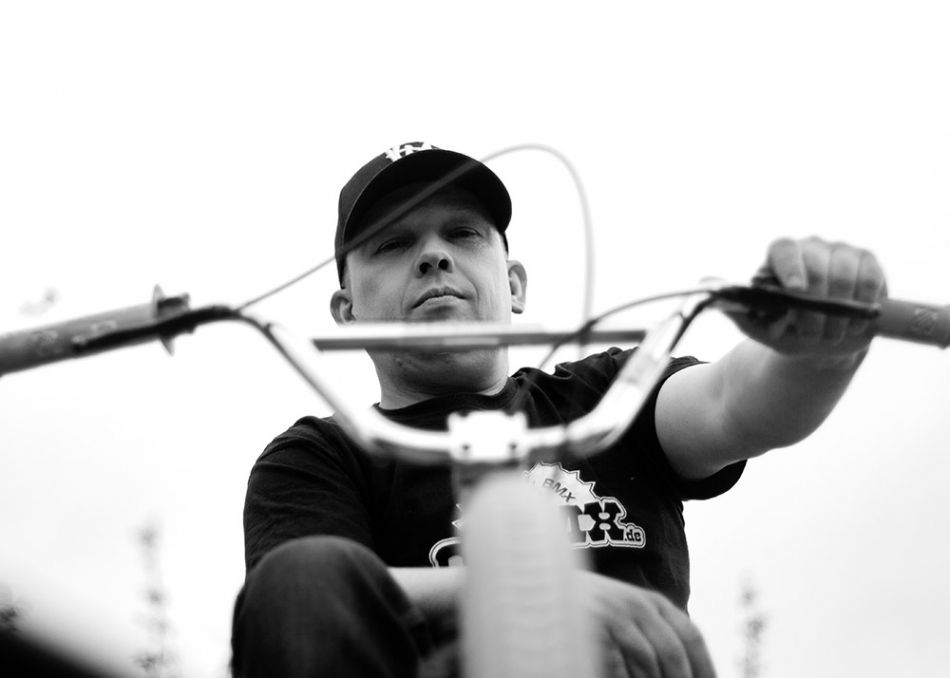 Location: 38170 Klein Vahlberg/ Germany
Years in business: Since 2014
Employees: None

What was the reason for you to start a BMX shop?
Trainbmx: While on my old 30 years old profession as a mechanic / master, I had no more desire and then spontaneously on 22.05.14 I founded my shop. Since I have been arranging myself in the BMX for decades, it was not difficult for me. 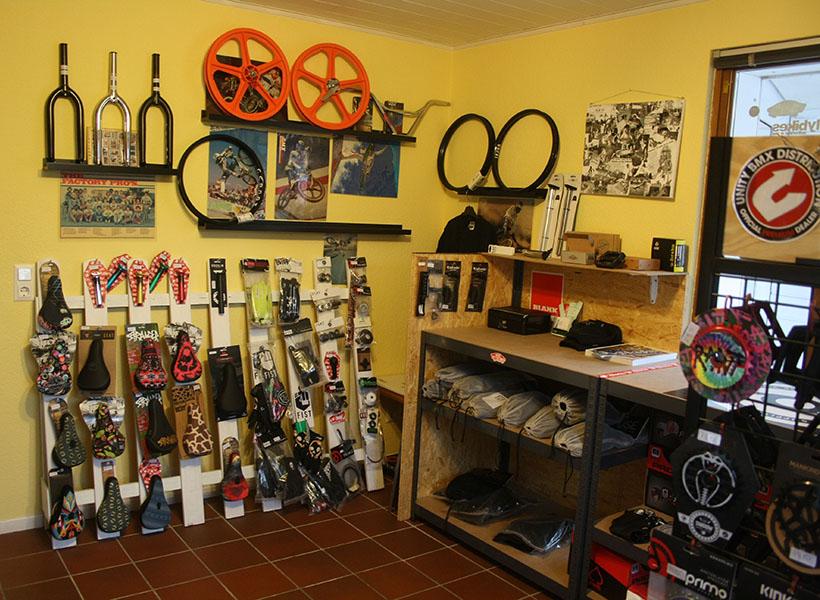 What was your first location like?
Trainbmx: My first location was and is back home. I had to close the shop for health reasons and do everything from home. And that works great too.

How did your first year turn out?
Trainbmx: The first year was very hard as I started with zero Talers. But since we are a cool family, my wife Nicolette and my son Evan helped me out a lot so it goes on and on. We also do many clinics, Camps and Workshops at home in our own BMX Park.

resistance there because one thought that I had driven another store from Braunschweig into bankruptcy, which was not true. Because he even had a big online shop with BMX and MTB and then it would be a miracle if the small shop like me would have led the ruin? But through my courses, workshop, etc. I could win a lot of new customers who are fully satisfied with my performance / service. 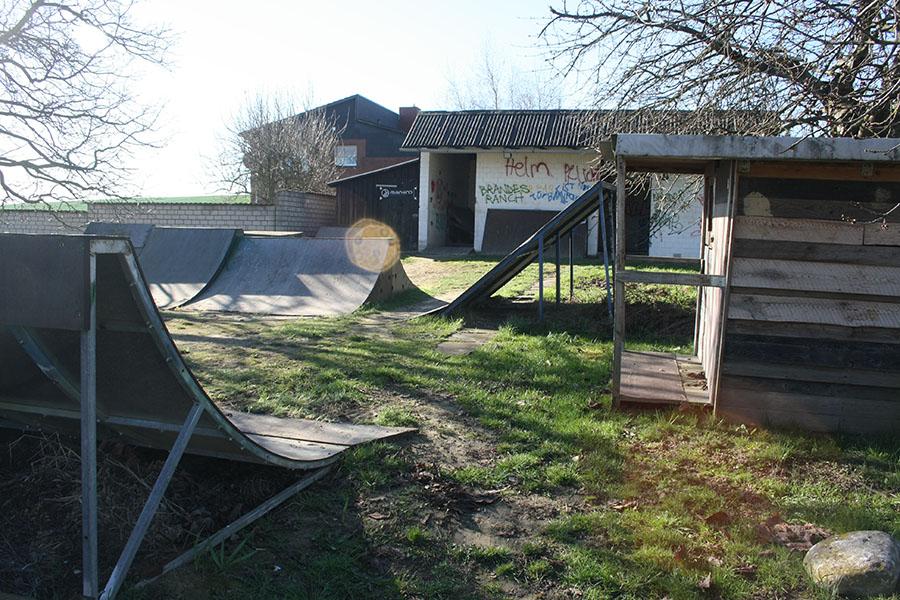 Do you feel you've contributed much to your local scene?
Trainbmx: Yes, at least I think regarding the new younger riders. Besides that I think so synonymous, since I have organized some contests and have also supported with material prizes, etc and have gladly offered my help if there were problems.

Name some of the riders that you have sponsored?
Trainbmx: First my son hahaha if you call that sponsoring. Oliver Mein, Fionn Kortenbrede, Max Wagner, Philip Melzer, Quentin Fiebig. 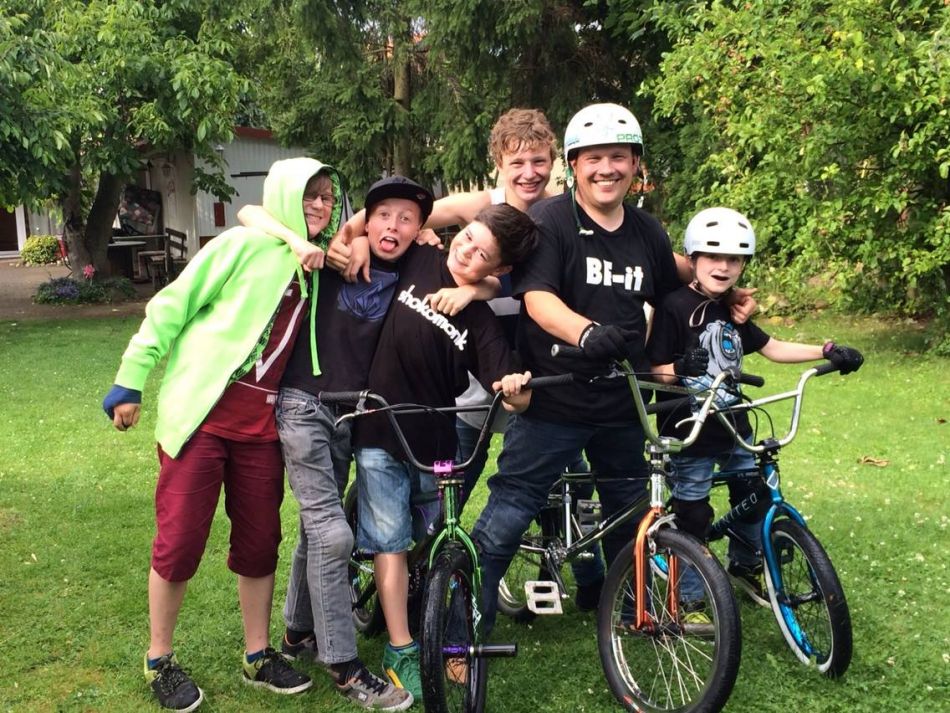 What kind of events have you put on locally?
Trainbmx: Some BMX beginner contests. Now up-to-date, a great deal of BMX courses, workshops and camps with overnight stays that are now being extended even further to other cities.

Do you also do distribution of BMX products?
Trainbmx: No, unfortunately not yet, I'm a pure shop, but who knows what the time still brings, if my son would like to continue later that would be the next step. 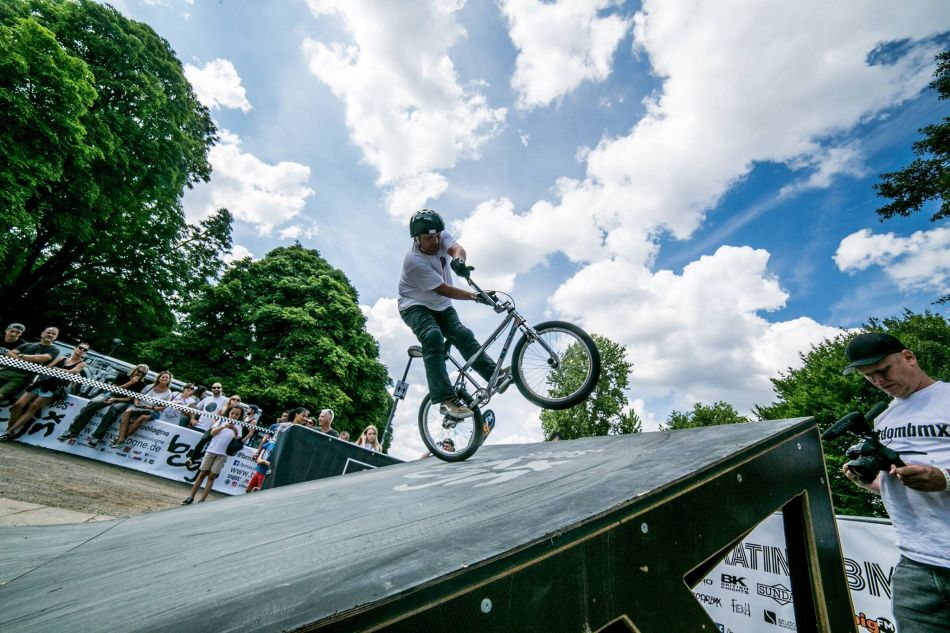 Have you considered doing other products such as skateboards, scooters, MTB?
Trainbmx: Yes, I had that before, but then I needed more space but I'm not at able to do that at home. But as I said, when my son wants to get on with it we can do it all.

What's the closest good indoor riding spot nearby?
Trainbmx: Hahhaahaha in my garden is the closest to me and Evan. Then comes SC Walhalla in Braunschweig 25 km away from me where some courses take place. 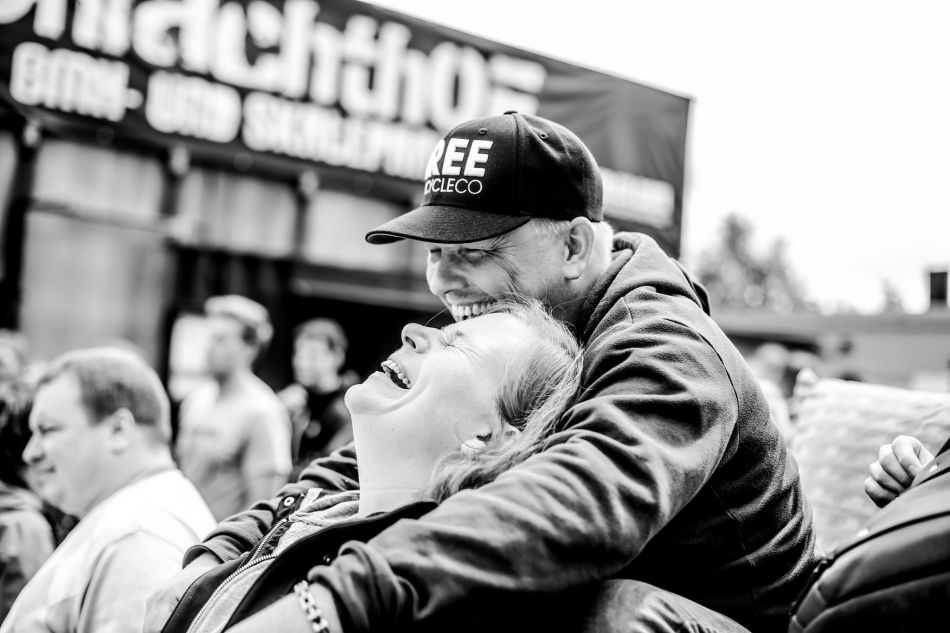 Is winter tough to survive for you?
Trainbmx: No actually not, because we have the hall in Braunschweig and in the other direction in Halberstadt 40 km from us. Where next year 2019 also BMX courses take place.

A kid shows up with a department store shitty bike, what do you do?
Trainbmx: I try to reason with the parents that the bike is not good and explain the difference between these cheap bikes and the bikes from my shop. And then most likely they buy a good bike fro me. And all are satisfied so far. 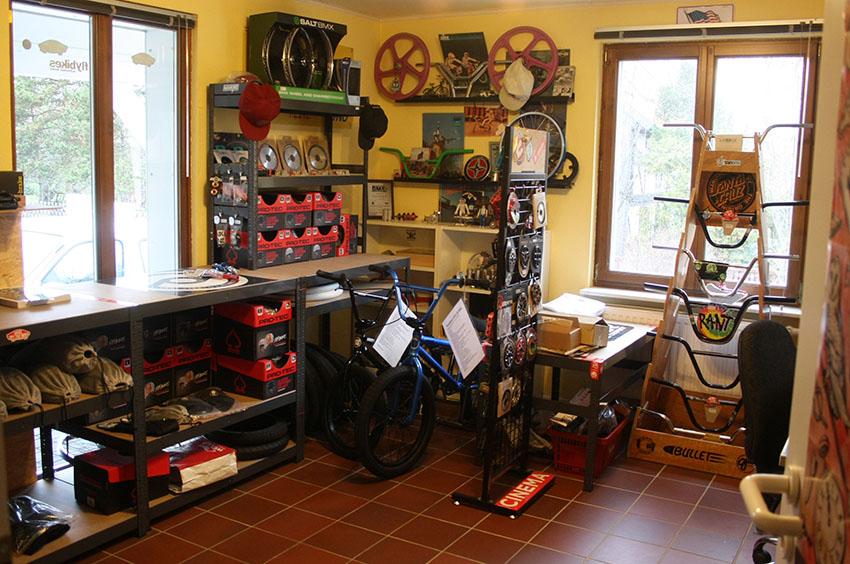 Pricing for all products have gone up except for BMX bikes where the quality has become so much better also. What bike in your shop is your favourite to sell to a beginning 14 year old guy?
Trainbmx: I prefer selling Mankind, Haro or Fit Bikes.

What 16" and 18" bikes do you stock in your shop?
Trainbmx: At the moment I only have the one from Mankind in the shop, because their price/performance simply suits the time. 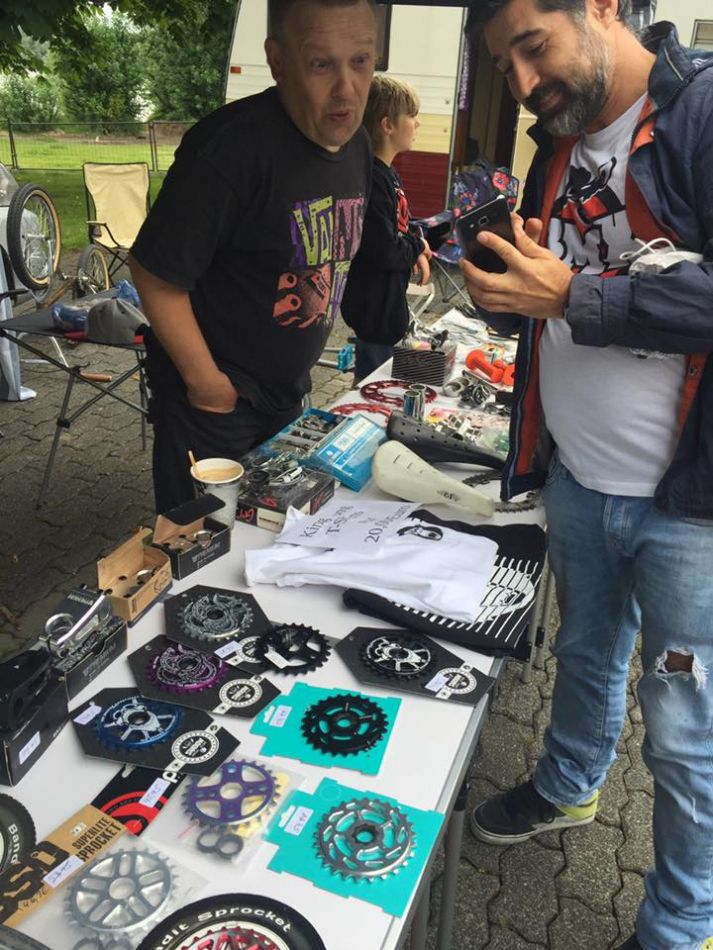 Do you only carry products that you like yourself?
Trainbmx: Yes, I swore I only sell goods where I stand for and am convinced of the quality. Everything else I can not agree with me.

What should be done to make the BMX market better?
Trainbmx: Actually, there is only one possibility, that the whole cheap bikes from the hardware stores etc, disappear. Everything else I think is already quite good, because everywhere courses, workshops, etc. are offered which contributes much to the fact that some people prefer to buy a good bike.

What is needed to help grow BMX Freestyle?
Trainbmx: I find that it has developed quite well in recent years, there are ups and downs, there always are, we both know that. But if the media, television, local newspapers would show more interest and would report more about it we would have less problems. Because many small shops and so on are already doing a lot and therefore the locals should always support these shops and buy them where they can, so that the shop can do more. This is in my eyes a normal way and benefits all. 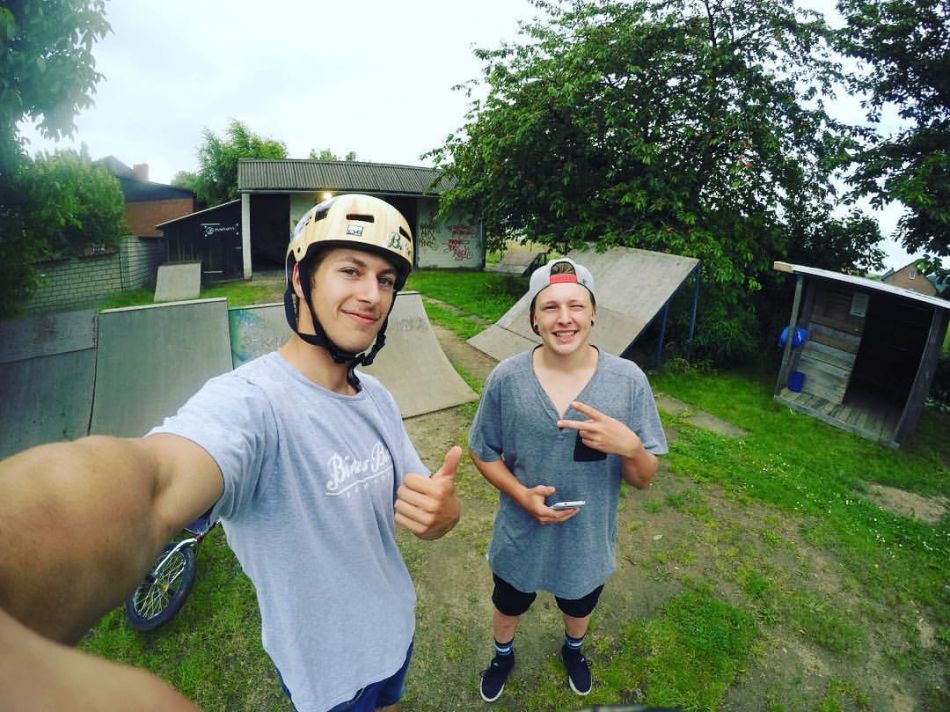 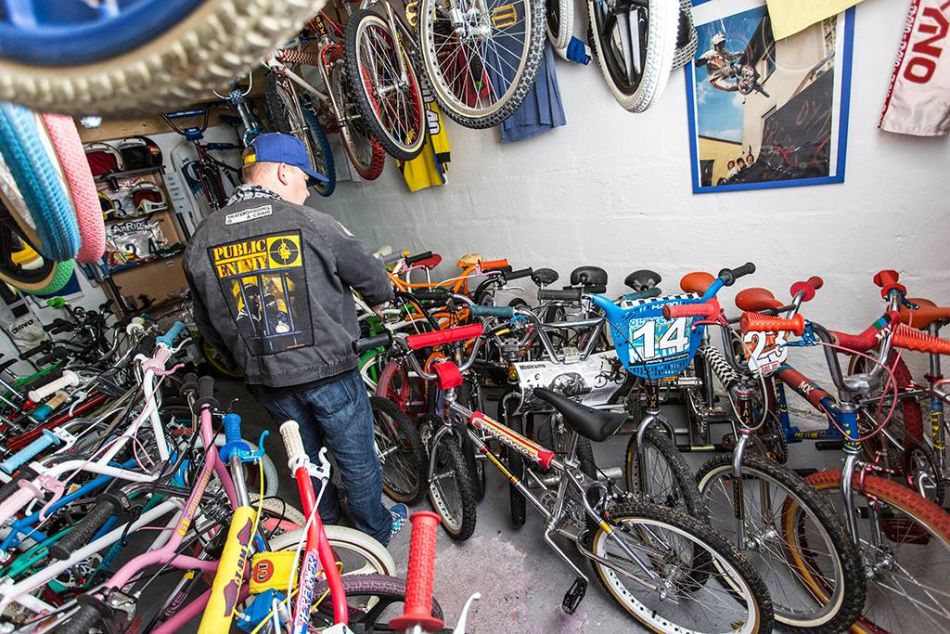