Written by  Bart de Jong
Read 18091 times
For the first time in 18 years, freestyle BMX legend TIM “FUZZY” HALL is preparing to ride a different brand of bike.And loving it. “I received my new sublimated Redline Device a week ago and have been so excited to ride it,” says Fuzzy. “It’s a feeling I haven't had since I was 9-years-old. I’ll admit I was a little worried about getting used to a new bike after being on the same one for so long, but as soon as I hopped on the Redline, I knew it was dialed.” 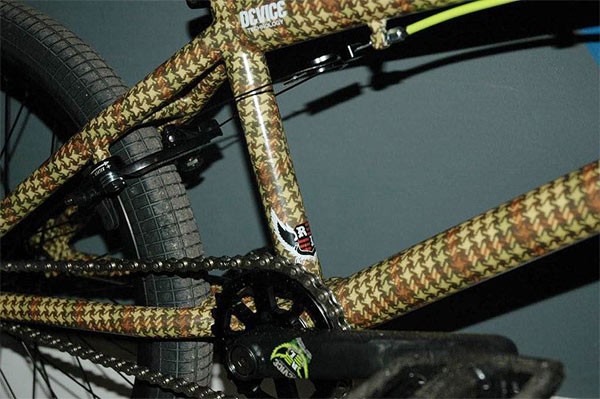 The last time Tim Hall rode a Redline bike was back in 1988, as a 15 year old test pilot for BMX ACTION magazine (April issue). Since that time, the nickname “Fuzzy” has become a mainstay in the freestyle BMX scene. At 36 years old, the always-enthusiastic dirt-jumper from Utah has made a name for himself as both a rider and a jump builder. For the past few years, he has manned the tractor that builds all of the obstacles for NBC’s Dew Action Sports Tour. And ever since the 90’s, his jump-filled backyard in Utah has become legend. With an outgoing personality that gives him instant likability, fans and riders have nothing but respect for Fuzz. 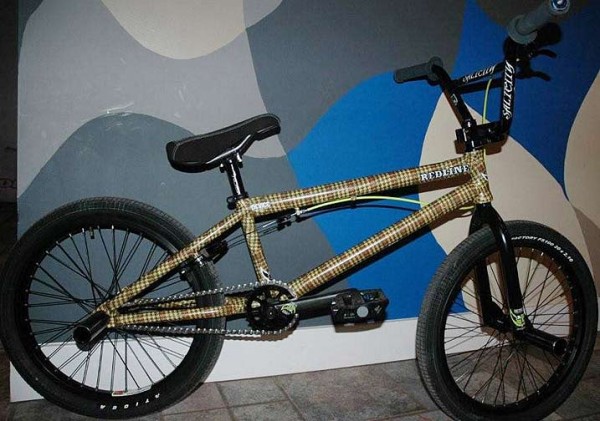 “You can’t find one rider or person in the BMX industry who has a bad word to say about the guy,” summed up Craig “gOrk” Barrette, Redline’s marketing director. “I’ve had the opportunity to watch his progress since the beginning; when he was doing crazy can-can variations in ‘87. And I know that his definition of sponsorship is the same as ours. Fuzzy and Redline are a perfect match.”

“So far, I have only been with Redline for one week and I feel right at home,” seconds Fuzzy. “I am stoked to be with a company that respects the history I have in BMX, and offers me a dream job with lots of opportunities. It’s exactly where I pictured myself at this point in my life and career.”

As of March 1st, Fuzzy will officially be on board with Redline Bicycles as their new Freestyle Team Manager and Rider. And he’ll be hitting the ground riding; choosing the last few members of the Factory cartel, putting together a grassroots “Flow” team program, and scheduling a Redline Tour for later in the year. Add these tasks to his TM duties with O’GIO bags, along with co-running his retail bike shop – 50/50, and Fuzzy is one busy BMXer.

“I am thrilled to be in a position now where I can help the new up-and-coming riders,” Hall summed up. “From the factory team to the flow riders, our two goals are to provide riders a platform to showcase their talents, and secondly, and to continue national promotions for the Redline brand.” With a full range of Redline freestyle bikes, as well as their high-end Device line of frames, forks, cranks and bars all available from Seattle Bike Supply, the addition of “Fuzz” to their promotional efforts is bound to create even more demand for the 1,800+ Redline dealers around the U.S..