Written by  Bart de Jong
Read 8458 times
Who are involved with Symmetric brand?
Lino: It's pretty much a collaboration of me and some of my close friends I grew up with.

What made you decide to do a clothing brand?
Lino: A couple years ago we started MassTransit clothing which we had to stop because of a trademark issue with the name, so it pretty much evolved into Symmetric.

All through out my riding I was helped out by other people who gave me awesome opportunities and I want to do the same thing for my friends as well as make some quality products. Also the most important thing about it is that everyone that is involved with it are friends, it's really a good way to keep everyone hanging out together and just have fun.

Are you aiming for the BMX market or do you have other markets where you are going to focus on too?
Lino: Starting out in the bmx market is a natural thing since I ride, but we have a lot of friends who skate and we definitely would be psyched to have them reppin stuff. We're also considering making some limited edition skateboard decks since one of our designers and my boy Dario (who is pretty much the other half of Symmetric) both skate. Bmx is always gonna be the main market but we don't discriminate, we want to make stuff that you would wear just chillin too.

Do you do direct sales or do people have to go to shops to buy your clothes?
Lino: We do direct sales now from our website. We're in the process now of hooking up some shops to sell our stuff, and we definitely want people to get the stuff from the shops and support them! Bmx shops are such an important part of bmx and need to be supported now more than ever. Most shops seem to be small businesses that are run by riders or people really dedicated to bmx so I think it's real important to support them. 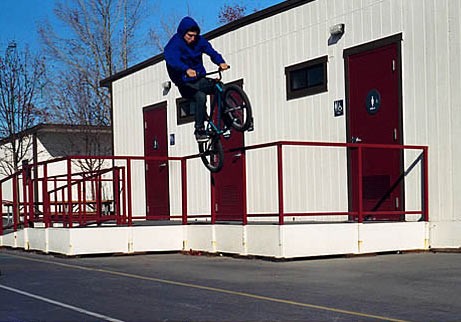 Who are all "on the team"?
Lino: Jarrod Allen, Matt Barchus, Steve Croteau, Jake Gayewski, Eric Hennessey, Jeff Kennedy, Anthony Villani, and Jesse Williams. These guys are all my good friends and also friends with each other which is the most important thing. The riding really comes second to the people themselves and their personality.

Any team trips planned for this summer?
Lino: Yeah actually, I'm trying to plan out some sort of trip out to the Chicago area. There's no real solid plans as of yet but I really can't wait to get everyone together again. 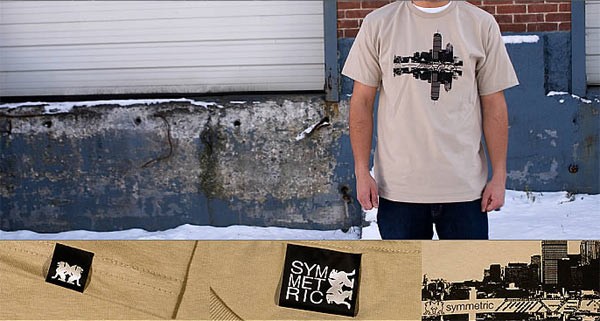 How long did it take to set up a decent line of clothes?
Lino: It took us a few months to get everything together. We had to find a quality shirt to print on that had the feel and fit we wanted, then we had to get all the designs together, tags made, and the website going. Seems like every step of the way there is some sort of delay or problem but that's how it goes. 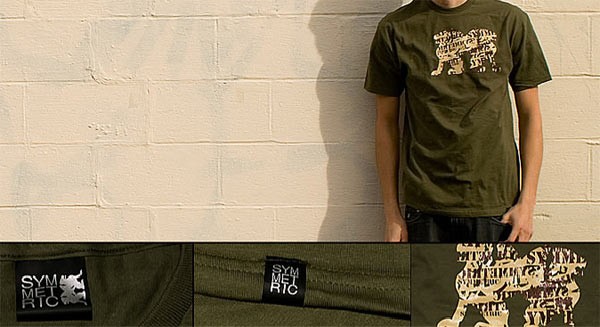 Who is your designer?
Lino: Two of my friends I grew up with Joe Zuidema and Ben Sapperstein.

Where do you aim to be with Symmetric in 2008?
Lino: Just keep having fun and coming out with new stuff. 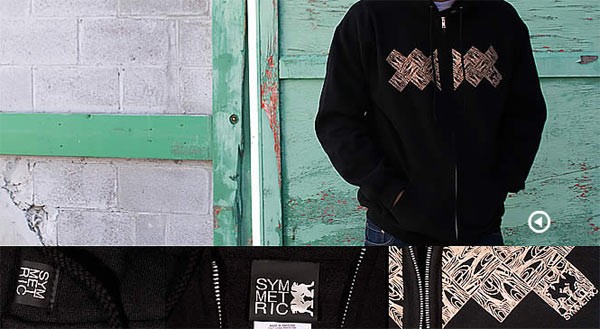 Where do you think you'll be in 2009?
Lino: Hahaha who knows, time will tell.

Last words: Just want to thank God, Lauren, Dario, Joe, Ben, the whole Symmetric team, Ralph@Animal, Ron@2hip, and all of the people that feel us and support! Thanks!