Written by  Bart de Jong
Read 7430 times
Mat Hoffman’s Long-time Business Partner, Fellow Rider and Friend Heads to California and Takes New Position at IMG OKLAHOMA CITY— Hoffman Enterprises announced today that founding partner Steve Swope will be moving to California and taking a position with IMG in its Action Sports division effective January 2007. “Steve has been a great business partner and will continue to be one of my closest friends and confidants,” said Mat Hoffman. “I am happy for him and this opportunity as he was already moving to California in support of his wife’s recent promotion. I am going to miss him in Oklahoma, but I know this is a good thing for Steve and a good thing for the action sports community.”

Swope and Hoffman grew up in Oklahoma together and were professional riders beginning in the mid-1980s. When Hoffman decided to start Hoffman Bikes and Hoffman Promotions (1991), Swope worked diligently alongside him and earned partnership in the businesses. More than twenty years later, Swope and Hoffman are more like brothers than business partners. 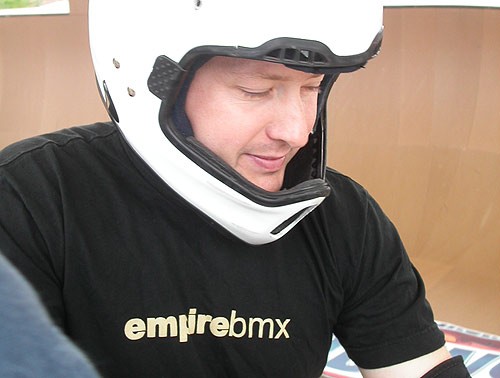 “This wasn't an easy decision for me," said Swope. "To work alongside your closest friend every day for 18 years doing something you love, has been a dream come true. I can never thank Mat enough for the opportunities he has provided me. With this new role or anything I do in the future, I will always be loyal and dedicated to the growth and success of BMX in the action sports world."

Swope will be working with IMG in its Los Angeles office and lending his expertise in action sports, client management and event planning.

More in this category: « Interview with Mesh Skatepark's Chad De Groot EUROBIKE bolsters US market position with new trade exhibition in Portland next September »
back to top