Written by  Bart de Jong
Read 11281 times
Oct. 23, 2006 — MADISON, Wis. — Pacific Cycle has hired Aaron Bethlenfalvy as Director of Industrial Design. He will work with all of Pacific Cycle’s major brands, including GT Bicycles, Schwinn, Mongoose, Kustom Kruiser and a variety of others.  A former GT Bicycles employee, Bethlenfalvy is excited to work with familiar brands and familiar people. “I feel like I’m back home again,” said Bethlenfalvy. “There are lots of familiar faces and this is an easy transition. The opportunities here are great to make a big impact on the cycling community with all these brands, and I’m excited to be here.” 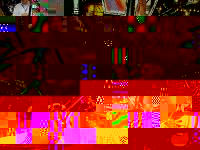 “Aaron’s work in the industry is well known and we feel fortunate to bring his vision back to our brands,” said Jeff Frehner, President and COO, Pacific Cycle.

Bethlenfalvy spent a total of seven years at GT designing bicycle frames and components for specialty markets. He was responsible for defining, creating and managing brand identity and for taking products from initial concept through production.

Bethlenfalvy’s designs for GT have been published in countless periodicals and included numerous cover photos. He was awarded a “Best of Category” award from Popular Mechanics Magazine, he had a live interview on the Kevin and Bean radio show, was recognized as an expert in his category in the book "Lessons from the Edge," and he developed the very popular Kustom Kruiser product line.

Bethlenfalvy was also instrumental in helping GT extend its appeal beyond its existing demographic by taking the lead design role in many successful collaborations such as the Harley Davidson Bicycle project, Charger Electric Bicycle project, and the American Eagle Outfitters Bike project. Parallel to his employment at GT, Bethlenfalvy also worked at ITT Technical institute as an industrial design instructor.

Previously, Bethlenfalvy worked with Nirve Sports, LTD. of Fountain Valley, CA, as Director of Product Design. While at Nirve, Aaron helped the company establish its cruiser brands, was responsible for all product development and Q.C. duties, and shared responsibility for marketing duties. Bethlenfalvy’s combination of popular culture and bicycles resulted in memorable co-branded collaborations with the likes of Paul Frank, John Deere, Hello Kitty and Robert August.

A graduate of Ohio State University, Bethlenfalvy has a Bachelor of Science in Industrial Design with specialization in product design.

In his spare time, Aaron is an avid “Hot Rodder” and is involved in the Kustom Kulture scene in Southern California. He has designed and built his own car, a 1951 Ford Custom, and performed all the custom fabrication work himself. He was also co- founder of Orange County Kustoms, a southern California custom car fabrication shop in Santa Ana, Cali., which has built numerous custom cars over its first year in business.

Aaron’s personal interests are the inspiration for many of his designs in the bicycle industry, which have begun to change consumer’s perception of a bicycle from that of a transportation product to one of fashion.

We’re proud to have you back on the team, Aaron.

More in this category: « Podcasting with Rick Thorne Quality Bike Products to Distribute Sunday Bikes »
back to top