Ian Morris on 4Down distribution and United Bike Co.

You recently started a distribution company, what's the name of it?
Ian Morris: 4 Down Distribution Ltd.

What brands will you be carrying?

United is your bike brand and you put a team together quite fast. Was it hard to get the riders to choose for United?
Ian:  Most of the guys are my friends so I didn’t have to dig deep into my pockets, they were just down to support what I was doing. The new guys were keen to get involved once we told them of our plans. 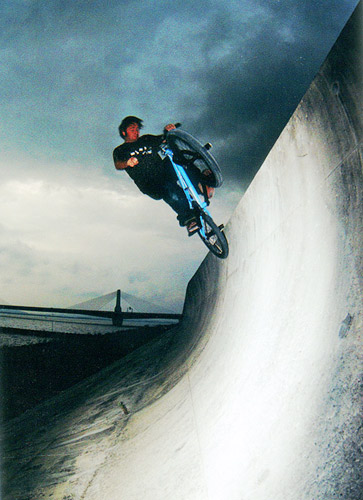 Where will 4Down/United operate from?
Ian:  It will be operated from a small warehouse in Hastings, which will also House the secret ninja training facility...or probably just a mini ramp.

How does your team of employees look?
Ian: Dan Brown who did sales at Seventies will be running daily operations Along with Dean Hearne who will be doing the website, frame drawings and Managing the United team. Will Smyth will be taking care of the design and Art direction.

The UK in general is a strong market, is it bigger than it ever has been?
Ian: The UK market has dropped in the last few years but it has a solid foundation that will grow with the next wave of popularity.

What do you have planned to promote the distribution company, the brands you carry and the United BMX brand?
Ian: Each brand will be represented to the fullest…I’ve appointed riders to Manage the riders.i.e. John Dye will be taking care of the Animal and Coalition teams. Mark Tanner will be TM for FBM and Lord and I have other People lined up to take care of the other brands. We also have competition going in the next issue of Ride UK to launch 4Down as well. 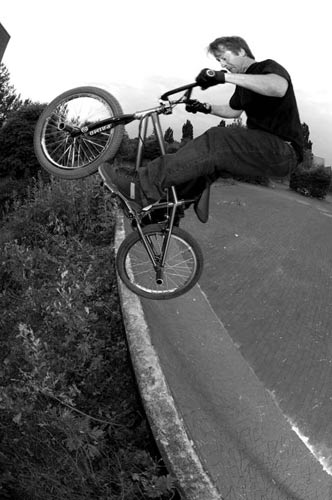 Is the war on in the UK (distribution wise) or do you see your company as a New colleague or competitor?
Ian: I don’t see it as war. I think competition is healthy. Seventies does An excellent job to distribute and promote BMX in the UK and we hope to do The same. It definitely can't hurt to have 2 good distributors pulling in the same direction.

Will all this lead to even less bike riding for yourself?
Ian: Well actually I’ve ridden more in the last 5 months than I probably did the whole of last year! I’ve come to terms with riding less over the years but when I do get out on my bike I really appreciate the time…

More in this category: « Greasy Comb is looking for an Inside Sales/Customer Service Rep. Interbike Hires Strategic Marketing Firm SOAR Communications as Agency of Record »
back to top