Written by  Bart de Jong
Read 15219 times
Over the weekend I was in Indianapolis for the Dealer Expo trade show. It's a show that can be compared to Interbike but is motorcycle related. When I was a kid all I wanted to do is ride motocross. That is until BMX arrived which was the perfect fit. It seems like more people were like that and at the Indy show I ran into several ex-BMX-ers such as Hutch pro BMX-er Toby Henderson (now at VSI) and Torker factory rider from back in the day Dave Marietta. Dave also did Wizard number plates and is now running a 25 employee screening business called Hot Shoppe. Todd Huffman was also present (as was his brother who works in the motorcycle industry). Huffman used to run the marketing department at GT and was a former racer (Auburn/SE) himself. Bob Haro was running the Axio booth with his brother Ron who used to announce GT shows. Bob’s hard shell backpacks are something else.

The Bell booth had their moving museum with all kind of historical helmets of sponsored riders including lids from Jamie Bestwick, Ryan Nyquist and Dave Mirra. Bob Morales (founder of the Dyno brand and the American Freestyle Association –AFA) had three stands at the show. 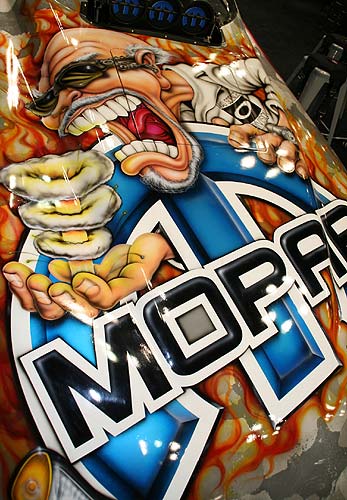 He’s doing ASV these days that make controls for motocross bikes. Schwinn had a booth full of Italian style scooters and they’re ready to conquer America with those. McGoo and Bill Bryant were present taking care of their projects as was Chris Collins who is working on one of the chopper parts projects for the Revolution crew. Oakley had another amazing booth with a huge field tent and a race car taking up a little section of their gigantic booth. Herve Orny from France was taking care of the international sales of One industries. 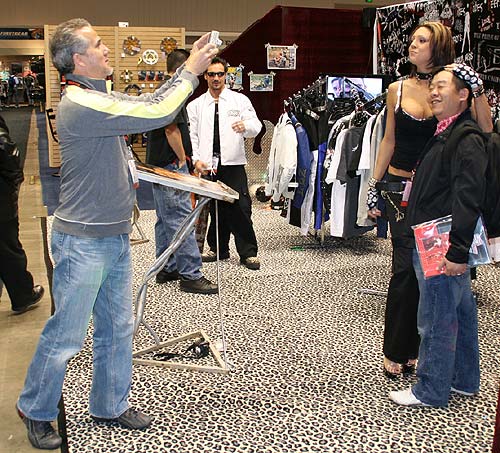 Jeremy McGrath’s respect for BMX is carried over in the motocross world and he was used for several photos and displays sporting the HARO sticker on his visor. We missed meeting Transworld’s Brad McDonald and T2 and I’m sure there were more people working or walking the stands that had a BMX background. The show was huge and had lots of good stuff and lots of freaky stuff too. It was cool working at the Universal booth and seeing some of the early legends of BMX. 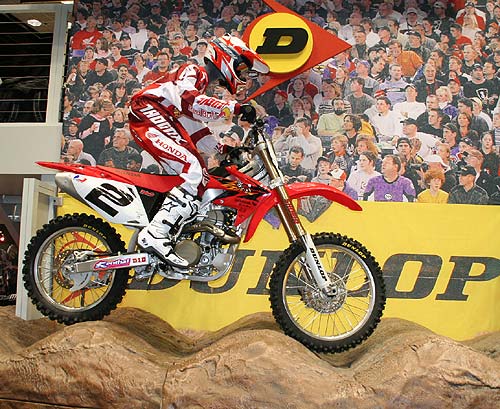