Todd Lyons has been there, done that. As a racer, as a dirtjumper as a street rider, he has traveled the world. His love for the sport is gigantic and it was no surprise that "The Wildman" ended up working in the bicycle industry. TL is taking SE racing (or SE BMX) to a different level and is loving it. FATBMX checked in with TL to see what his job entails.

How did you get the job over at SE Bikes?

- Back in the late summer of 2002 I read on BMXMania that SE was being resurrected by Fuji Bikes. The guy who it said was running the program was Billy Feamster. Billy used to sponsor me with Rad Accessories back in the early 90’s. I hadn’t talked to him in years, so I figured I’d look him up. Once all of that fell into place, I became the sponsored pro. Then over the next year and a half, I saw a lot of things that we could do to improve our bikes, team, image, etc. Over time, I gave so much input that we finally realized that I could have a much better impact as the Brand Manager than simply being just a rider.

During your riding career, you still went to school. Does your education benefit you what you're doing today?

- Yes and no. There are little things that I still remember and I still know from my schooling. But if I wasn’t 100% BMX, then I wouldn’t know a thing about how to run a BMX company. The “College of BMX” is the best education you could ask for!

- SE Bikes (let's call it  “SE Racing” back then) was started back in 1977 by Scot Breithaupt. As most of you know (or should know!), Scot was the creator of what we now call BMX racing. He is credited with starting the first ever organized BMX races back in 1973. Anyways, SE went on to become one of the most popular BMX bike companies from day one. 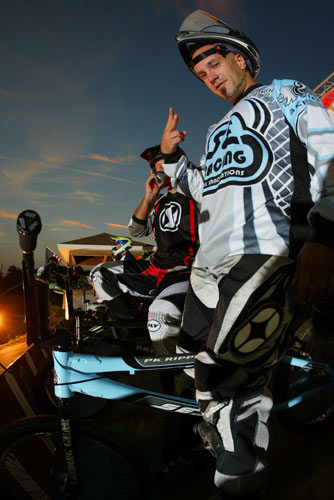 Over time, Scot stepped down and handed the company over to Mike Devitt in San Diego. I believe that Mike ran the company for about ten years or so. Then sometime in the late 90’s, the manufacturers in Taiwan took over the company. Then the company laid dormant for years. No bikes were produced or sold. A few years later in 2002, ASI (which also owns Fuji Bikes USA) bought the brand and resurrected the company. Since then, ASI has moved from northern New Jersey to Philadelphia, PA.

Where do you work out of? 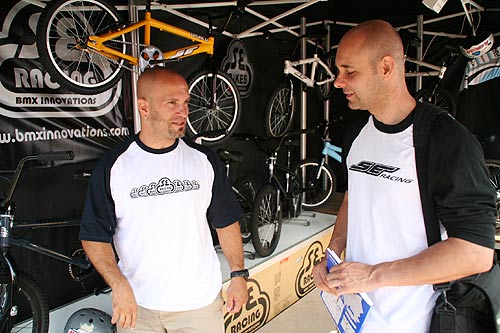 What distributors have you set up and how many have you visited in your time as brand manager at SE?

I’ve played a big role in bringing on our newest distributors from Australia and France. I’m happy about that as well, because it looks like they will be right up there with our best distributors. Frenchy’s (www.frenchys.com) in France, GX Importers (www.sebmx.com.au) in Australia, Shiners (www.shiners.co.uk) in England and Cycles Etc.Ltd in New Zealand (our #1 distributor last year) are all doing phenomenal jobs.

I have only visited our Australian distributor over in Melbourne. It was a great trip because I went to the Australian Bike Show with them and the SE bikes had a wonderful reception. Our bikes hadn’t been available down under for years and years. If I can free up a bit more time over here, I’d love to get out there to visit some of our other distributors. 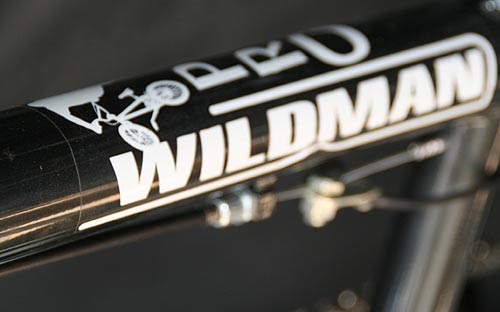 You've been working on SE product development. Did the 2006 bikes come out the way you wanted them?

- Heck yeah, I’m happy with them! It’s quite gratifying seeing an entire line of bikes and knowing that I molded them into the good bikes that they are. I keep up with the new technology, but because we are SE, I must keep a bit of the old-school flavor as well. 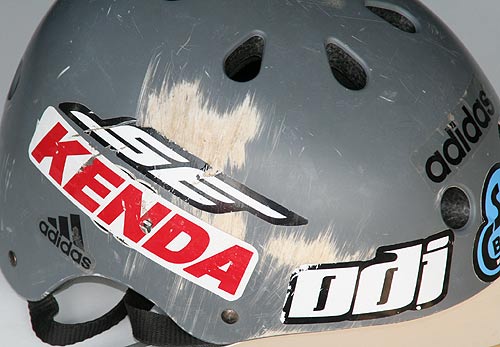 Do you enjoy going to Taiwan to visit the factories?

- Yeah, I love it. Like I said, being in the position to make changes and mold the bikes rules. Plus, we have a really good Taiwan crew who are fun to work with.

How much riding can you still get in with having a job in the "BMX Business"?

- Not enough! But I think I’ll be hitting twice as many races in ’06 than I went to in ’05. One of the cool things about working for SE is that they still respect the fact that I still want to get out there and ride. And besides, I’m the Brand Manager, so I’ve gotta be out there to have my finger on the BMX pulse. 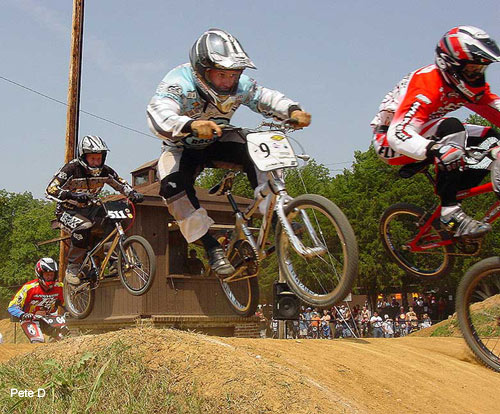 - Dirt- Chris Gerber and Lance Mosley. These guys are PSYCHED to be riding for SE. I’m excited about that. I’ll be going to as many contests as I can with them. But I’ll be on the sidelines. I think I may have hung up my jump contest shoes. You’ll still see me jumping, but I don’t think I can hang at the big TV contests nowadays.

- Race- Javier Colombo, Travis Postany, Justin Wike, Logan Collins, Taylor Thomison, Trent Newkirk. It’s cool that we not only have a full-on team now, but we’ve got a top ranked AA Pro (Javier) as well. And he’s my roommate in Cali, so I can get some immediate feedback on product and stuff. 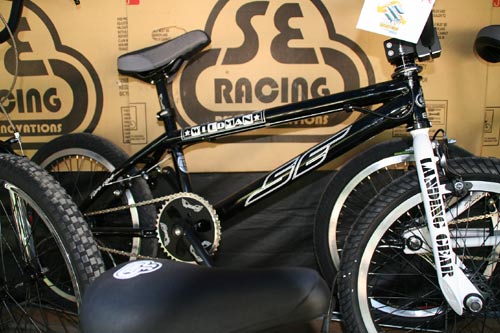 How is the SE grass roots program doing?

- Good. It’s mainly centered around racers who not only want to buy an SE bike, but they want to be part of the team as well. It’s had a good reception nationwide.

SE donated bikes to BMX tracks. How has the reception been of this project?

- We donated like 53 bikes to 53 different tracks. Every state except for Maine and Hawaii. I couldn’t find any track info on either of those states. Everybody was stoked. Most of the tracks had no idea. They just received a letter in the mail one day telling them to be on the lookout for a new SE bike showing up in the mail. These tracks will use these bikes as “loaner” bikes for new kids coming out to the track for the first time. All of the tracks were stoked. 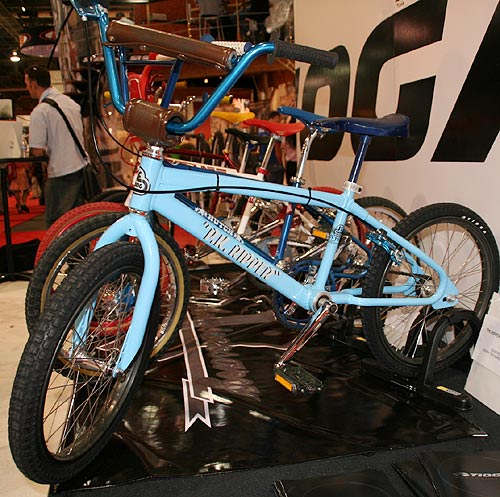 How important are the old SE days to you?

- Very important. Know your roots! There’s a good story behind SE Bikes. If you want to see it from a great angle, watch the “Joe Kid on a Stingray” (www.joekidonastingray.com) movie. I think SE is the only BMX company around with a “cult” following. But a few (and only a few) of those guys are mad because we’re not making all of our bikes to the 1983 specs and graphics. For these guys, SE must remain in the early 80’s. They don’t want us to progress with the rest of the world. 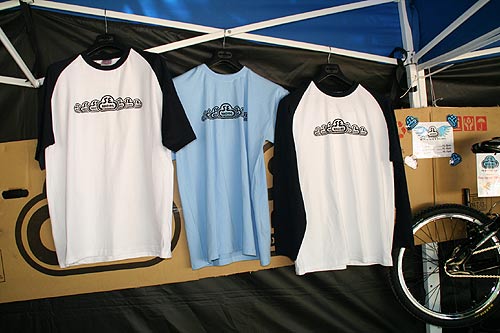 - I hope they have some plans to bring out some Brown/baby blue leathers. If they do, then you know we’ll be rocking them! We plan on having some retro old-school jerseys available sometime in the near future.

Too much to do, too little time. Does that sound familiar?