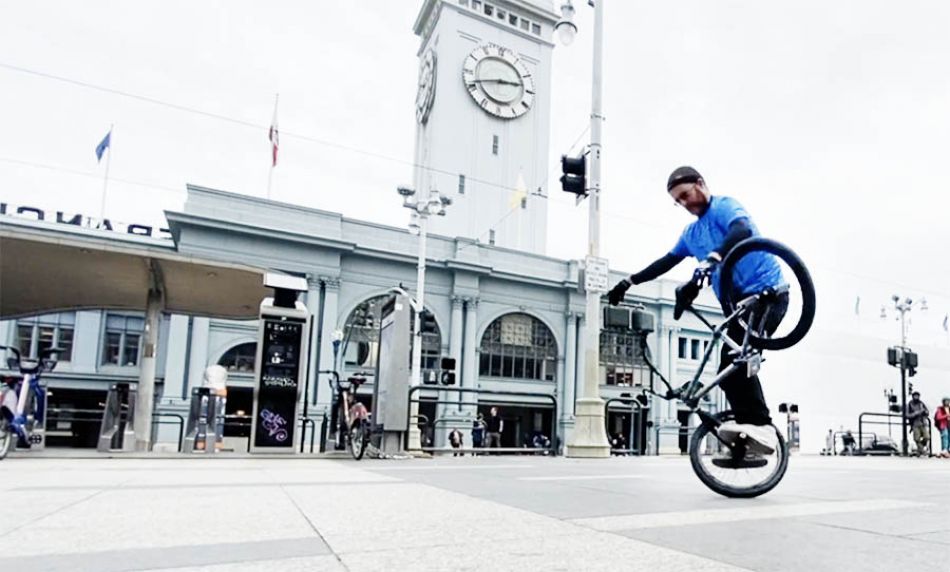 14 years of Flatmattersonline, can you believe it?!
I’ve been stacking clips in between injuries for the last three and a half years. This edit for me has been a real case of going against the grain of what everyone else seems to be doing. The norm now seems to be most riders post their clips as soon as they have landed them straight onto the gram. For me, the gram is for leftover clips and photographs.
Videoparts are our album, I had this conversation with a few riders out in Abu Dhabi recently. There’s a lot of riders in the current scene with “no” albums or at least no a recent one. It seems really sad to me, there isn’t a right lot to watch right now "video part" wise unless you go back digging (which there is nothing wrong with).

How many times do you go back and watch a video on Instagram? For me, it’s rare and something I feel strongly about. The video part for me is still the holy grail, contests whilst they are great and have their place. They are forgotten about the week after, video parts can affect people’s lives for the better.

I think about the impact Real-it Tv had on me as a kid, Dorkin in York, Baco, the list goes on. Nope of these videos were about contests, they were about riding and progressing, good times, joking about, music, iit’s all on there. Are Instagram clips really having a lasting impact on you or just about saying you did a trick first ?

This part for me, continued on my path of not pumping, using my body and bike for momentum and focussing on my technique. The ender in particular is something I have sat on along with the San Francisco clips for three years, I wanted to save and document this time rather than just wasting it on the gram.

The passing away of Dave Beveridge had a big effect on me, someone I grew up riding with on the UKBFA circuit, sessions together at the Petersfield club, outrageous drunken phone calls, heckling me at contests, then list goes on. I always appreciated Dave, you could tell he loved BMX. He lived the culture and I miss him at events a lot and just the out of the blue phone calls asking me something about the flatland scene.

I’m getting side tracked here, what I wanted to say is Dave invented a trick Called the ”swashbuckle" and that took me back, I literally remember where I was when I learnt this trick.

So I went out after Dave had passed away and relearnt the trick again and filmed the trick and planned to put it out for you all to see. After such procrastination I decided it was too soon, and not a good thing to do. It's something I will definitely return to.

I started to think how I could do that trick in the modern era, Whilst i couldn’t come up with anything, I did come up with the idea to do a forwards anklebuster (boomerankle), around the same time James White was also doing the same move. It’s crazy to me how nothing was done with this trick for thirty odd years and we both came up with that without knowing, now it’s a part of every session for me. And that way of thinking came from Dave, some moves haven’t made this edit. The possibilities are endless….

"Somewhere between storming and norming refers to my mindset of having an idea (storming) and putting the work into until it’s time to document the idea (norming). I’ve been going back and forth with this process for the last three years in between filming and injuries.

14 years of Flatmattersonline it’s time to celebrate. Like I do with your edits and your contributions, I hope you take something out of this, no matter how small it is. Let me see your album, and let's get the flatland culture booming again and not lost on a swipe right type of deal that's currently on.

The instrumental track “Life" by J Dilla, I thought fit my riding well and also I thought was fitting to my dedication and the mood I wanted to set with the edit. Thank you Valance Drakes for putting me onto this track. The track is sadly blocked on youtube, so Vimeo it is..

This part is dedicated to Dave Beveridge, Faisal Sketty a skateboarder who I would share the skatepark with throughout the 90’s, and Peter Hawkins who helped my riding career a lot during the 90’s/2000’s and gave me a job at Southsea Skatepark where I now manage.. Rest in peace…...

Thanks everyone for the support over the years.