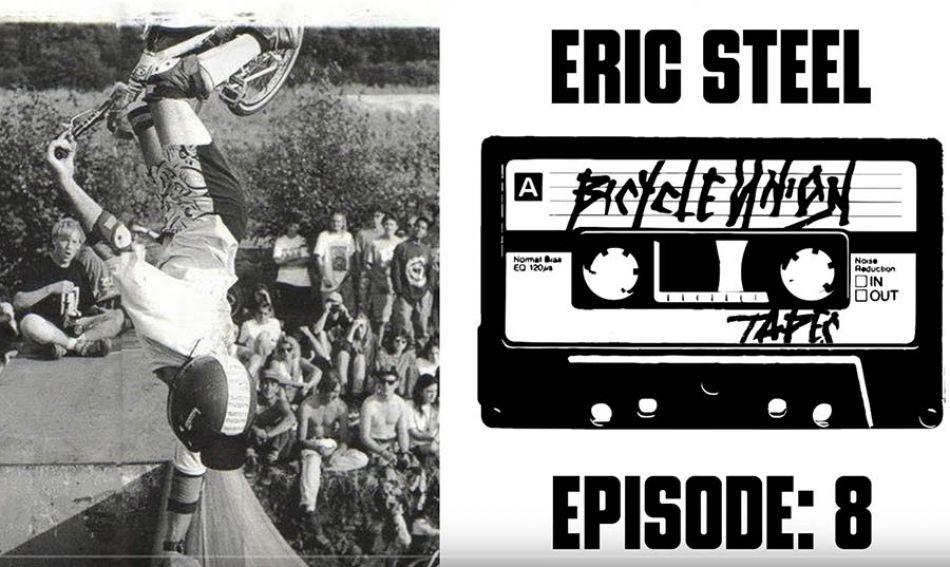 Eric Steel is a name that started getting known in the quieter times of BMX, although one of the original Rom BMX locals. The media didnt give him full credit until around 85 onward.

Eric was one of the names you'd hear about at Rom back in the mid 80s. The names 'Eric and Marco' were often mentioned in the same sentence back then. Eric was elevated to pro level status when BMX Action bike run a sequence of him doing the first 540 air people had seen in print. ? The 540 in the pic he is about 5 feet out. Suddenly 540s were not only a thing but any restrictive barriers that had been placed on them psychologically had been removed. From that pic, he would become a regular in the magazines, Also becoming infamous for the hand plant-both of which he tells us the story of with in. In this interview we cover all the usuals as well as a ton of stuff, you wouldnt know about unless you were in that circle. We delve into the beginnings of the Harlow scene, Rom skatepark, getting on Faze 7, Hole shot contests, getting on Kuwhara for 48 hours, King of the skateparks 84 and 85, being on standby for BMX beat, becoming local at Jess Dyrenforth's ramp, the legendary Mons ramp jam, Chingford halfpipe, printing legendary BMX co t shirts, BFA circuit, riding for Skyway. The Tizer world tour, moving up north and re establishing himself into a different scene. Eric was one of the most progressive riders to come out of the 80's and i believe has been very under appreciated. This is good look into how he thought about BMX and where he was taking it.

More in this category: « A 'LIT' D.I.Y. BMX SESSION by DIG BMX' NEXT PROS! Expert Open | USABMX Freestyle National Championship by @Brant_Moore »
back to top