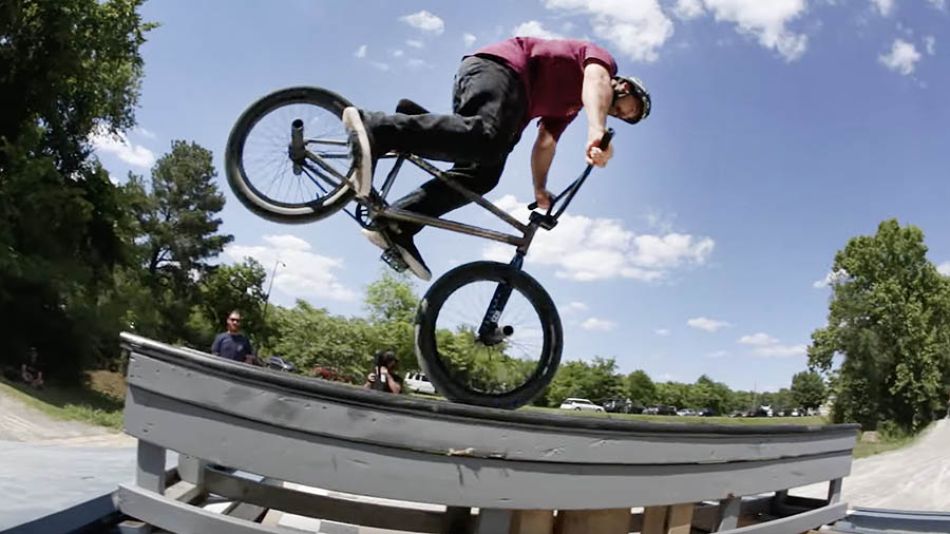 Steve Crandall threw the second Rumble In Richmond, and took it back a few decades and hold a no-holds barred, singe-set dirt jump comp on the infield of the BMX track in Richmond, Virginia.

The resulting day was non-stop positive vibes, and riders pedaling their ass off and straight-up sending it over the 26-foot long, head-height set of doubles. Watch and be entertained, stunned and inspired at the same time by everyone who participated.

Once again, Colombian native Julian Molina stole the show, and got bumped up to the GT Pro team. "Determination" cannot be better defined by such an awesome human.

More in this category: « Source BMX / Whiskey Chaser Round 1 / Brian Kachinsky Vs Chris "Crash" Kelecy BUST DOWN, BBQ & BMX by Chad Kerley »
back to top