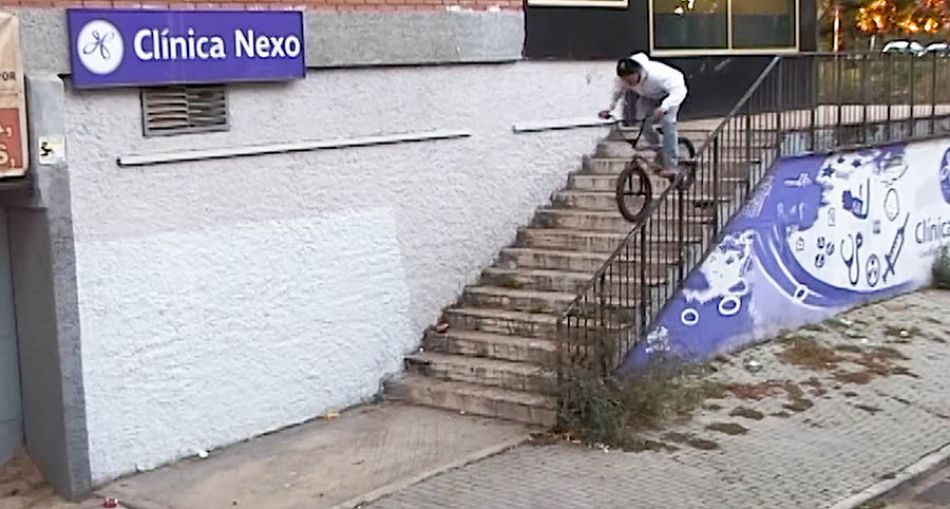 Following on from a year long ACL and meniscus recovery, United's Fernando Laczko was ready to go in hard on a video, and after nine months of filming it turned out to be one of his best to date. Shot throughout Spain - Fernando definitely pushed the boat out on this one. Gap to grinds galore!

“The whole idea to film with Gonzalo was because I just came back from a recovery and wanted to take as much time as I needed to work on a video. I usually go on one week trips where the video needs to be finished after that. The last time I had the chance to take my time was for my welcome to United video. This was filmed over a duration of 9 months and has taken us all around Spain. From me going back and forth to Madrid and Gonzalo taking trips down here, we did a 7 day trip from Vigo to Madrid stopping in different cities such as Bilbao and Pamplona. For me it’s more than a web video. If someone asked me to film a video part for a dvd I would give them this. I had that thought in my head while filming it if you know what i mean? It was almost like I was filming an imaginary video part for myself. My “mentality” had finally returned after one year of ACL and meniscus recovery, I could finally ride without having the worry in the back of my mind. I picked Gonzalo cuz’ he’s the man in Spain to film with. We became friends while he was filming a homie and I knew I wanted to work on something with him ever since.” - Fernando Laczko Filmed and cut by Gonzalo Caballero

More in this category: « RENOVLOG - Paris Skatepark Jam on fire - Episode 4 by RENObike co Catty Woods 4th of July Highlights by Jess Grinager »
back to top