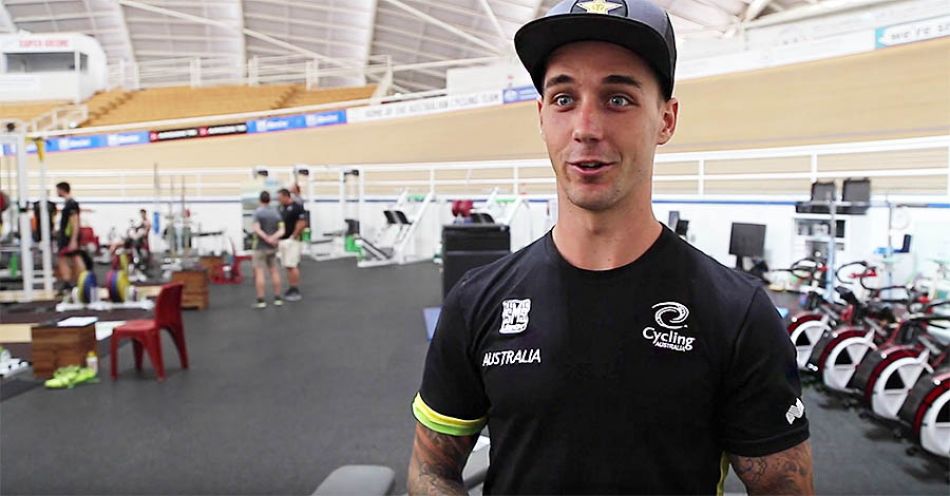 With the Olympic debut of BMX Freestyle Park now less than 18 months away, Australia’s Logan Martin and Brandon Loupos have ramped up their preparations with a visit to the Australian Cycling Team Headquarters in Adelaide.

Having delivered the BMX High-Performance Program within Australia over the last twelve years as recognised by the Australian Olympic Committee and the UCI, Cycling Australia recently introduced a number of changes within its 2020-24 High-Performance Strategy. In addition to solidifying the BMX Supercross program, a select number of BMX Freestyle Park athletes were identified as medal potentials and subsequently are now supported by individual scholarships. BMX Freestyle Park, which makes its Olympic debut at Tokyo 2020, is an adrenaline-fuelled mix of tricks and jumps taking place over a series of ramps and large obstacles within a 30mx50m park. Athletes complete two one-minute runs each, with judges scoring on difficulty, originality, style, flow, risk, height and execution of tricks. Australia’s athletes have excelled in the format in recent years with Logan Martin, claiming the inaugural World Championships in 2017, while Brandon Loupos won World Championships bronze in 2018. The pair has medalled at numerous World Cup events over the past few seasons, while also standout performers on the lucrative X-Games circuit. Along with Australian Cycling Team BMX Technical Director Wade Bootes, Martin and Loupos visited the Australian Cycling Team training base in Adelaide to meet performance coaching, support and operational staff. The visit included one on one meetings with Strength And Power Coach Scott Baker, Nutritionist Jill Leckey, and Team Doctor Mark Fisher. Martin and Loupos also swapped their BMX bikes for Argon track bikes for a track session with sprint world champion Matthew Glaetzer, while also working out in the gym with the men’s track endurance squad. For Martin, the visit was a realisation of the high-quality resources and support network available to all Australian Cycling Team athletes. “It is super cool to catch up on knowledge and experience this place has to offer, we've certainly got all the resources we need to be at the top of our games,” said Martin. “We have an exciting journey ahead over the next 16 months, and we will be keeping in contact to ensure I can stay at my peak performance.” Loupos was equally taken back by the welcome into the program and the wider cycling Australian Cycling Team family. “This place speaks for itself, the gym and athletes are great, a great positive vibe,” echoed Loupos. “I was welcomed by all the great staff, meeting all the track guys was a cool experience. “As we move towards Tokyo, it is only going to get better and more positive and breed success.” Australian Cycling Team BMX Technical Director Wade Bootes is excited about the difference the support network will have on the athletes as they fine-tune their Olympic preparations. “It is a great opportunity to have the freestyle guys here at the Australian Cycling Team training facility in Adelaide, to see the support network and different aspects that will make a difference to them in competition,” Bootes said. “We look forward to exploring different things, going deeper and focussing what each athlete needs going into Tokyo.”

More in this category: « Ride to the grave by Manuel Hitz Kevin Peraza Introduces his New Shoe by Vital BMX »
back to top